Reflections Of A Year That Changed Filmmaking: SXSW Midnighters 2021

A chat with the filmmakers behind this year's SXSW Midnighters lineup. 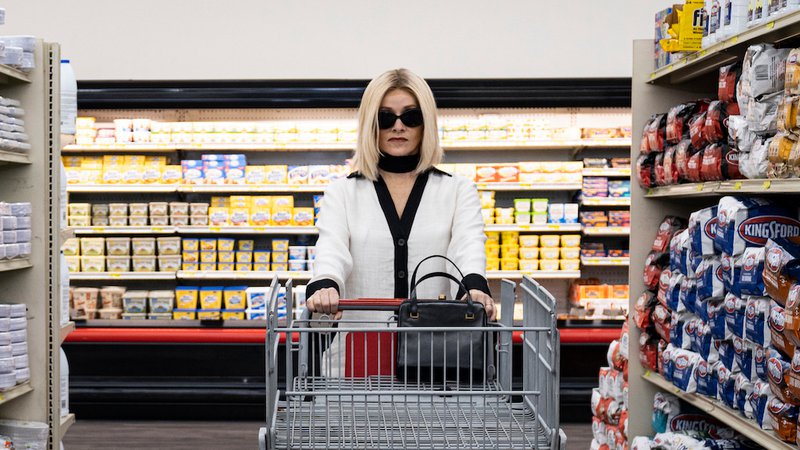 If you told me SXSW was going to be virtual due to a worldwide virus pandemic for the first two years I was covering it, I would’ve called you crazy. The landscape of film festivals and cinema has changed drastically over the past year, from production to distribution and even the way we cover films and report on them. I wrote a piece similar to this last year, at the onset of the COVID shutdown (or, at least shutdown in theory) trying to collect a host of scrambled thoughts about a quickly changing world that was thrust upon all of us. Time has given perspective, provided chances to innovate, and even opened new avenues to the ways in which people can experience and access cinema. It’s hard to speak of any positives when dealing with something so catastrophic as what COVID has brought, but finding silver linings might be the only way to stop oneself from going insane.

For filmmakers the festival scene in general has seen a major shift, both good and bad. This year’s slate of the Midnighters section at SXSW, which showcases the best and creepiest in horror cinema, featured directors who successfully produced, filmed and slated their movies for festival premieres and distribution to the masses through the pandemic. Through it all, they have had to think about movies and the collaborative nature of their medium a little bit differently, namely in the way that long-distance collaboration and alternative means of communication were going to affect production and post-production.

For Travis Stevens, director of the festival hit Jakob’s Wife, post-production had to be done completely remotely. “Communicating via Google Spreadsheet rather than in person… slows the process down because you’re not making adjustments together and ‘a smidge’, ‘a hair’, or ‘half a mouse whisker’ can mean different things to different people.” Kier-La Janisse, on the other hand, whose documentary film Woodlands Dark and Days Bewitched recalls the history of folk-horror cinema, was already almost finished editing before the pandemic hit and the reality of restrictions for travel and in-person visitations affected the interview schedule. “We considered using Zoom for some pickups but I did that for one interview and didn’t like how it looked/sounded,” she recalls.

Being in-person and communicating with our fellow human beings has been disrupted in a major way, and the collective enjoyment we get out of movies has been taken from us. Many have had to substitute the theater experience with a variety of virtual screening offerings and friends have had to virtually broadcast and watch movies together either through a Twitch stream or other internet service. There have of course, been pros and cons to this. For one, there just isn’t an adequate substitute for sitting in a large dark room with strangers and some friends and watching a movie on a huge screen, popcorn and soda and candy in hand. But the opening of virtual screenings has given more people more access to cinema they would otherwise never have been able to see in their vicinity.

Film festivals, SXSW included, have embraced the virtual screening interface, with both some success and some issues. This year’s version of SXSW was available online either through festival pass or press accreditation, and the ability to use the SXSW app to screen movies on TV was an added perk. But technology also provided unexpected glitches and loading errors which interrupted some movie screenings midway or, in some cases, forced the whole website to deactivate for brief stretches. For filmmakers, the festival scene is a double-edged sword. “As a filmmaker, you miss out on the experience of feeling an audience engage with your work, and the serendipitous encounters with friends new and old,” Stevens tells me. He does see the benefits of the virtual platform, however, mentioning that “it allows a greater number of people access to the event that might not otherwise have the resources, time or connections to participate, so I do hope there is a digital component moving forward.”

The virtual pivot for film festivals is something which is being discussed across the film industries, and access is becoming a bigger topic with the realization that using internet screenings helps artists reach more people with less effort. It also majorly helps, as film critic Kristen Lopez mentioned in her piece on IndieWire, film critics with disabilities and others for whom travel and accommodations in the traditional festival venues can be difficult and tenuous. When asked about the possibility of virtual components being a permanent fixture of future film festivals, Alex Noyer, director of Midnighters World Premiere Sound of Violence, says “I feel, in fact, that they should. Festivals are sometimes so hard to get to that it would always be to the benefit of the fans to offer an online component. It may also help festivals commercially with the additional revenue from online passes.” He also says that independent filmmakers benefit from the virtual component where every movie is on a level playing field in terms of its premiere. “As far as this SXSW, I really enjoyed the need of creative and exciting use of social media to supplement the virtual experiences.”

SXSW has notably had some struggles with their launch this year, particularly in regards to political controversy surrounding the speaker appearance of former President George W. Bush. Yet the film festival managed to go without too much of a hitch. Janisse mentions that her three-hour documentary particularly benefitted from the virtual setting at SXSW. “The pro for me was that I had a three-hour film that I don’t think would have been considered if it was for an in-person venue. That means double the venue fees just for my one movie, a potentially restless audience, etc – I think my particular movie worked because of the on-demand nature of the screenings.” Noyer says his team debated whether to hold off on festivals and release of his film until the pandemic subsided but decided to go “full steam ahead." He adds, “In hindsight we were right to go ahead as today in 2021 there is still a lot of uncertainty and a movie cannot wait too long. I hope we have a theatrical component to our release and so does our distributor. Theaters are re-opening in California as we speak so we are hopeful that by May there will be opportunities.”

Horror cinema has shown a resilience to the changing landscape of movies that many other genres do not. There is a sense of community in horror as per its affectations towards violent catharsis and the morbid human fascination with the terrifying unknown within and outside of ourselves. Janisse’s Woodlands Dark and Days Bewitched is a celebration of horror film as much as it is an examination of its roots to human history and the art and craft of scary storytelling itself. She says that “it’s a more complex genre than people give it credit for, and has so many different manifestations, and really the 'horror' is the framework; the films have elements of drama, comedy, character studies – they have everything other films have, but wrapped in the kind of darkness that is welcoming to certain people. I think another part of what makes it so resilient is the fans. They are loyal and supportive in a way that few other genres invite, and they will generally give any horror film a chance, regardless of budget, celebrity presence and the filmmaker’s past experience.”

Horror is maybe the only genre to have a subculture of cinema dedicated entirely to it. Noyer makes the case that “horror is always evolving due to its vibrant fan base. But the great thing about experimenting in horror is that horror fans are there to watch it and will give it a chance.” I can say from personal experience that horror movies are some of the best screenings I have ever been to because you won’t just get movie fans there, but fans of specifically horror. It is a genre that has a very basic mechanism inherent to its definition that takes negative human emotion and twists and flips it into positive entertainment. Travis Stevens pinpointed the crux of the genre’s success: “as long as there’s a threat along the way, it works.”

The resilience of horror also lies in the genre’s ability to continue creating unique, original stories and experiments even as Hollywood is being swallowed by established IP and rehashes, remakes, sequels and other tired focus-group catered money-printing material. We have seen some of the best original films come from the horror genre, like Host, Freaky and Amy Seimetz’s She Dies Tomorrow which was slated for SXSW’s 2020 edition. For Noyer, Stevens and Janisse, the future is filled with more fest premieres and hopeful for streaming or theater distribution. Jakob’s Wife is being released by RLJE films, who also distributed Panos Cosmatos’s highly successful Mandy. Sound of Violence is geared for Fantaspoa in Brazil and Noyer says he “has a few more announcements coming” for the film. Janisse hopes to get her ambitious debut documentary Woodlands into more genre-specific film festivals later in the year closer to Halloween.

The future looks bright for horror if this year’s SXSW Midnighters are any indication, and it looks a little less gloomy for movies in general. For new filmmakers, starting a production during COVID-19 is a strategically and logistically difficult decision. Noyer’s advice is to “assess your script and human interaction to work also in COVID restrictions so that you can maybe shoot one side of a discussion and another separately. It may worry many as far as actors’ chemistry but if possible, it may help you with compliance without incurring huge additional expenses.” From a moral standpoint, the decision is difficult. Art is an expression of the times in which it is made. To make a movie during COVID requires a great deal of self-reflection. Travis Stevens mentions one priority above all else: “be safe.” The future of cinema depends on it.