A Requiem For The SXSW Midnighters

It's a weird year. 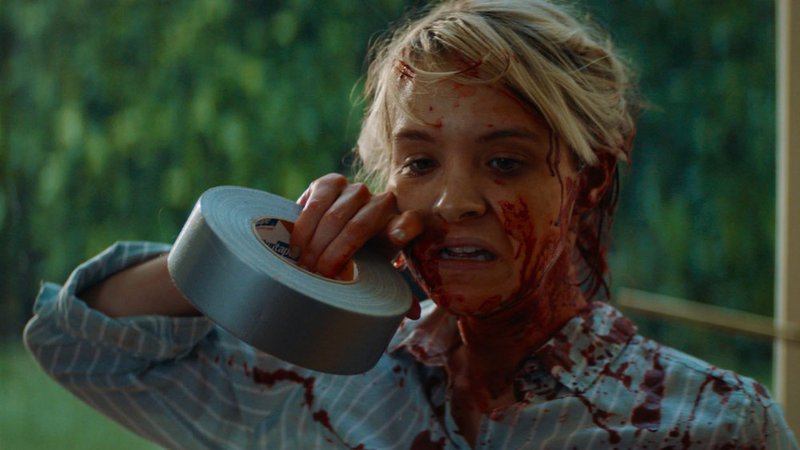 About five days before I was set to board a plane and fly to Austin, Texas for the South by Southwest Film Festival, I received notifications that the city of Austin had ordered the festival to be cancelled. Initial response, as I’m sure it was for many others, was to try to weigh out the pros and cons of this sudden and at the time shocking decision, a decision that now seems obvious and absolutely necessary. COVID-19, the virus that is the main culprit in the postponement or cancellation of nearly every large event on Earth from an NBA game to the Euro 2020 to the Tokyo Olympics, changed the lives and plans of what feels like everyone on Earth, in at least some fashion.

The cancellation of SXSW meant the cancellation of the “Midnighters” section, one of the rare sections at any major film festival that is dedicated specifically to the horror/thriller genre. The effect of losing the opportunities that a film festival provides for journalists stems from not being able to see films and interact with industry members face-to-face, but for the artists who were set to show the world their talent and work, the cancellation can become a career-altering move. Director Natasha Kermani and actress & writer Brea Grant, who were set to premiere their film Lucky in the section, were at a coffee shop when they got the news. “My immediate thought,” Kermani says, “was that a singular opportunity and moment in my career had been pulled out from under my feet.” Her star actress, Brea Grant, had two films affected – one at SXSW and one at Tribeca, which also announced cancellation the same day. “After that, Natasha and I watched as fest after fest had to cancel or postpone at some point… it was hard.”

The first reaction to the news of coronavirus’s spread to American shores was hand waves and skepticism, because how could we, in America, in the first world, be affected to the point of having to adjust our day-to-day lives for something that happened halfway across the globe? Kermani says the SXSW cancellation was a “shift in our understanding of how serious this pandemic is and the ripple effect it would have in all of our lives.” A global pandemic was not on anyone’s schedule, and its sudden and real effect has necessitated major lifestyle adjustments that remind us of the things we take for granted.

For genre filmmakers, it’s hard not to point out the irony of a horror-themed section’s cancellation caused by a virus that is threatening life on Earth. For people who love cinema, contextualizing real life fears to movies is a near-automatic coping response. John Berardo, director of Dembanger, says “It’s like living in the Twilight Zone right now.” The disillusionment with the reality of what’s going on is weighing on everyone and for horror genre filmmakers, it is a visual thrill they never wanted to manifest into reality. Brea Grant mentions “I thought all my horror and sci-fi media intake had prepared me for this but…” Michael Nader, who’s film The Toll was set to premiere at Midnighters, suggests that “this is a moment where the entire human race is in fear of the same thing. There’s a vastness to such a threat that is particularly unnerving for all of us – but it should also be reassuring to know that we’re all in this together.”

In fact, the way that we can best navigate our lives being disrupted by something as scary as COVID-19, whatever we may analogize it to, is to show resilience and solidarity in helping each other out and making sure to also take care of oneself. Filmmakers, publicists, and the SXSW festival committee were quick to act on next steps for their programs. SXSW launched an online portal to stream films – after filmmaker approval – that were originally going to play at the festival. They also awarded prizes as they do every year for the best films to participate, giving filmmakers and publicists something to keep with them and add to their resumes even though the actual fest didn’t take place. Not all filmmakers however are willing to forgo the big screen for streaming and screeners. Nader says that “In many ways, a festival like SXSW isn’t a stepping stone, it’s the goal.” Kermani echoes the sentiment. “I have never premiered a film at a festival like SXSW before, so I can only speak to what I had been looking forward to, which was first and foremost getting to know the other filmmakers and producing teams at the fest, specifically those in the Midnighters/genre space.”

The reality of the situation is forcing many people in the film community to confront the issues and positives of film festivals. With even Cannes optioning a virtual fest, festivals could be in danger of going the way of theatrical screenings, where cheaper and more efficient and accessible virtual and digital exhibition takes over traditional routes. Yet, the community aspect and in-person networking of film festivals is unmatched. “To have a film play at a big festival, with a rapt and excited audience, in a huge, crazy, fun environment…to get to meet other attendees and filmmakers - that’s a lot of what we’re in this for as filmmakers.” It’s especially important for movies in horror, which is one of the few genres that truly has a long history in independent filmmaking and grassroots audience-building.

While festivals’ switch to digital streaming is good for access and efficiency, there is a community aspect to fests that is not replicable in any other context. The ability to be an enclosed space, meeting face-to-face with industry members socializing about art and making connections with people who see film the same way you do and hopefully keeping in contact to collaborate on future projects is an invaluable experience. Like a networking event or a career fair where you can meet many people at once, fests give independent filmmakers the chance to get their names out and make the biggest media impact in a short time of one to two weeks – a process that proves far more daunting and time-consuming when done remotely.

Like the protagonists of a thriller, filmmakers and publicists of Midnighters premieres are being forced to scurry and adjust on the fly as everything is thrown into disarray. This is when their resourcefulness gets tested and they hope to persevere. The plot of Natasha Kermani’s Lucky focuses on a young woman who is stalked by a threatening presence every night, and when no one she tells believes her story, she has to solve the threat herself. Kermani hopes to continue the festival circuit when the virus threat gets eradicated. “We’re confident that our film will eventually find its audience, and will be moving forward with the process of finding the right distribution partners.” In the end, what independent filmmakers in the horror genre really depend on is the publicity and word of mouth to get people to believe in their product. 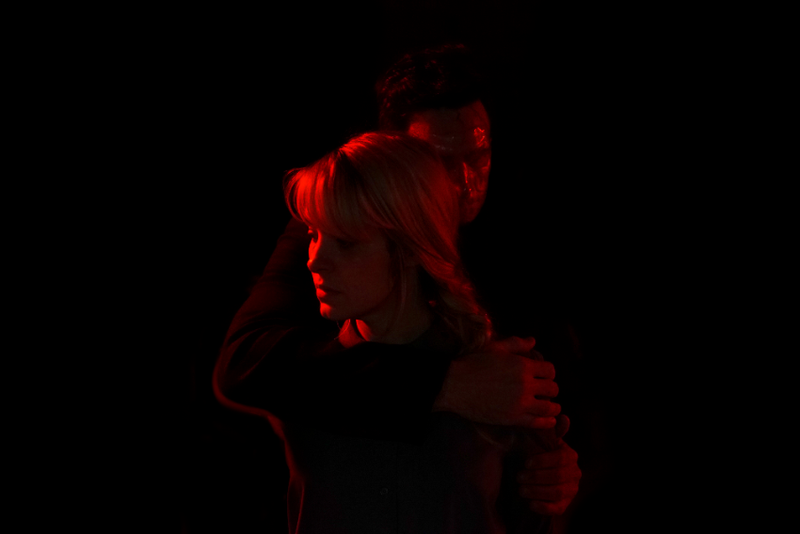 John Berardo and his Midnighters film Dembanger hope to keep the momentum going despite the hiccup in festival cancellations. “We have an amazing sales team at XYZ Films and CAA who believe in the movie and we are strategically planning what’s next,” he tells me. “The first thing I did was contact the cast and crew to keep them in the loop and hold the spirits of our team up. It was important to remind everyone that this project has already triumphed against so many obstacles just to get made and finished.” Camaraderie between the cast, crew, and producers is a common theme among the filmmakers facing uncertainty in the face of global catastrophe. They look for help where they can however, and there is plenty to give. From a press standpoint, we maintain an objective stance against any particular film, but to the film community, our coverage can offer a helping hand.

Independent film artists depend on their movies being talked about and shared to bring attention. Kermani suggests to “support the artists in your life in whatever way you can.” Kermani and Grant have been involved in several films previously, which you can find on their IMDb pages and search out to rent or stream. “Artists are the lifeblood of our culture, but unfortunately we’re not always accounted for during times of difficulty.” For film critics and reviewers, giving exposure for independent cinema “even if it's through constructive feedback” as Nader notes, “is incredibly rewarding.”

The four film artists and three films profiled here are all looking ahead to a bright future despite the setbacks of an unpredictable global dilemma in COVID-19. Michael Nader’s The Toll is currently seeking distribution and will be screening at future festivals. Natasha Kermani and Brea Grant of Lucky are hoping to continue the festival circuit and seek out distributors once the pandemic situation allows. “We’re confident that our film will find its audience.” Dembanger’s John Berardo is conscious of the uncertainty of such an unprecedented situation saying that “the key right now, is patience.”

With patience we will have to wait for ourselves and the art that keeps us all interested and entertained. COVID-19 is certainly unlike anything we’ve experienced before, and conjures up memories of watching Danny Boyle’s 28 Days Later, Steven Soderbergh’s Contagion, and Wolfgang Petersen’s Outbreak. Our minds shouldn’t be bogged down by the fatalism and dark prophesizing of cinema’s horror auteurs. Director Nader implores the focus to be on hope and community. “There’s a vastness to such a threat that is particularly unnerving for all of us – but it should also be reassuring to know that we’re all in this together.”