THE SIMPSONS will have two different TREEHOUSE OF HORROR episodes in season 34, including an entire episode dedicated to IT. 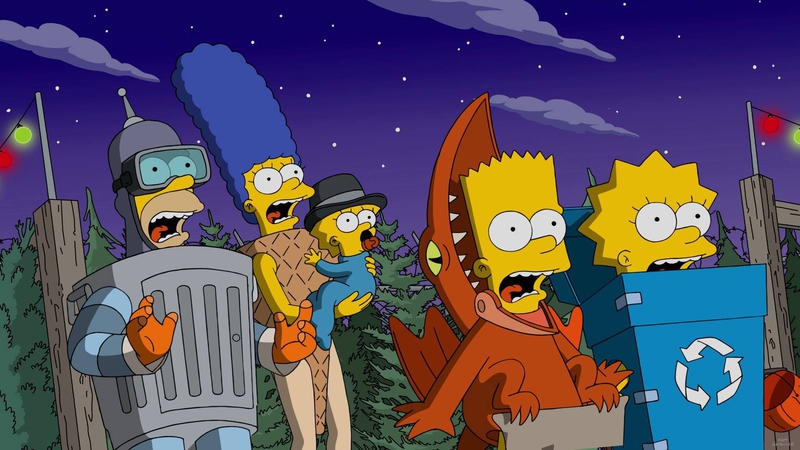 TREEHOUSE OF HORROR is coming back for more, this year we get a double dose.

The Simpsons has been bringing us an annual, fun dose of animated horror for over three decades now with the Treehouse of Horror episodes every Halloween. That tradition is going to continue in a gigantic way this year as we are getting not one but two different episodes this season. While one will maintain the traditional format of telling three different tales in a single episode, the other edition coming our way will be entirely dedicated to Stephen King’s It.

Yes, the citizens of Springfield are getting ready to tackle Pennywise the clown, and yes, it will be Krusty the Clown stepping in to fill those shoes. The news was reported by Variety, who got word of the full-length parody from series producer Matt Selman during San Diego Comic-Con. Speaking to the outlet at the event, Selman said the following:

“We’ve never done a single fantastical, bloody, scary, dark story, told over the scope of the 20 minutes and 40 seconds that is an episode. I think the fans are going to be really excited. Certainly the tattoos already exist of Krusty as Pennywise. So we’re just writing towards the tattoos now. You want as many tattoo-worthy moments in your episodes as you can.”

While King’s novel has always been quite popular, It reached new heights in the pop culture landscape in 2017 when director Andy Muschietti’s movie adaptation went on to shatter records at the box office. That paved the way for a blockbuster sequel and an upcoming spin-off series on HBO Max. Now, a full Simpsons parody episode can be added to the list of accomplishments.

As for this year’s regular episode, Selman also revealed that one of the three segments will be tackling the popular manga Death Note. The producer calls it “incredibly authentic ‘Simpsons’ anime” and revealed that a different studio is handling the animation, presumably so that it will look even more authentic. “I really think people were gonna freak out over that,” he added. “We’re not trying to take on every single anime, it’s an unbelievably rich and diverse genre within itself. We’re not trying to do 20 shows and scoop it all into six minutes. It’s just one beloved thing, this show Death Note.”

The Simpsons season 34 is set to premiere Sunday, September 25 on Fox. No word yet on when either of the Treehouse of Horror installments will debut but early October seems likely.