Once you're in that trap, it's hard to get out. 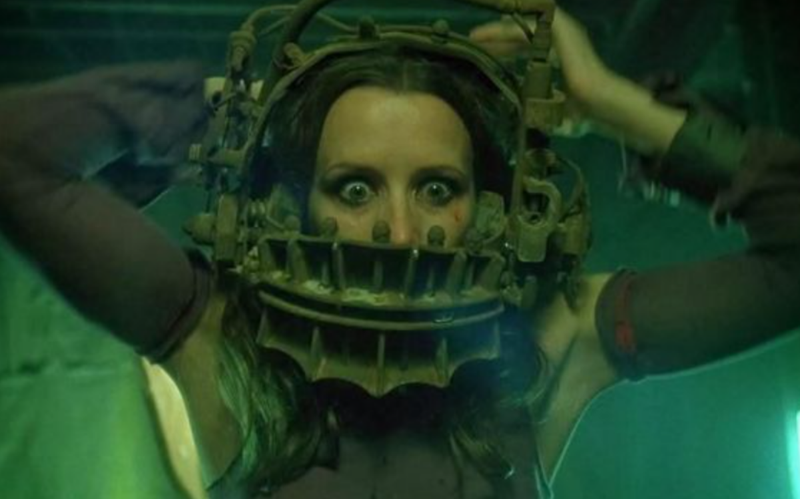 As we have learned, anything's possible in the Saw franchise. Dead characters make surprise returns, unexpected flashbacks reveal previously-unknown motives, Chris Rock might show up playing a police officer - really, when it comes to this series of films, the only thing you can expect is the unexpected.

This is perhaps why we're not terribly surprised to read the following, via Deadline:

"Veteran Saw cast member Shawnee Smith is circling the newest installment in the billion-dollar horror franchise from Lionsgate and Twisted Pictures, which is currently in production in Mexico City, Deadline hears.

While the studio declined to comment on Smith’s casting, we understand that it has continued to expand its cast for the tenth Saw film following the closing of deals for Synnøve Macody Lund (Ragnarok), Steven Brand (The Sandman) and Michael Beach (Dahmer). Then, there’s horror icon Tobin Bell, who will return for another go-round as Jigsaw Killer John Kramer, as previously announced."

Very little is known about the 10th installment in the Saw franchise, up to and including its official title, which means that we can only speculate what Smith what might doing this time around. Quite famously, Smith originally appeared in the franchise as one of Jigsaw's many victims, only to later be revealed as the diabolical killer's secret assistant. In all likelihood, we'll be seeing her via flashbacks during Saw 10, but then again - you never really know with this franchise, do ya?

Nothing further to report on the 10th Saw at this time, but we will of course be keeping an eye on the situation and will let you know the second any worthwhile updates cross the FANGORIA news desk. Stay tuned for those, folks! They'll probably start rolling in sooner rather than later...