Four-part documentary series on the history of queer horror, coming to Shudder. 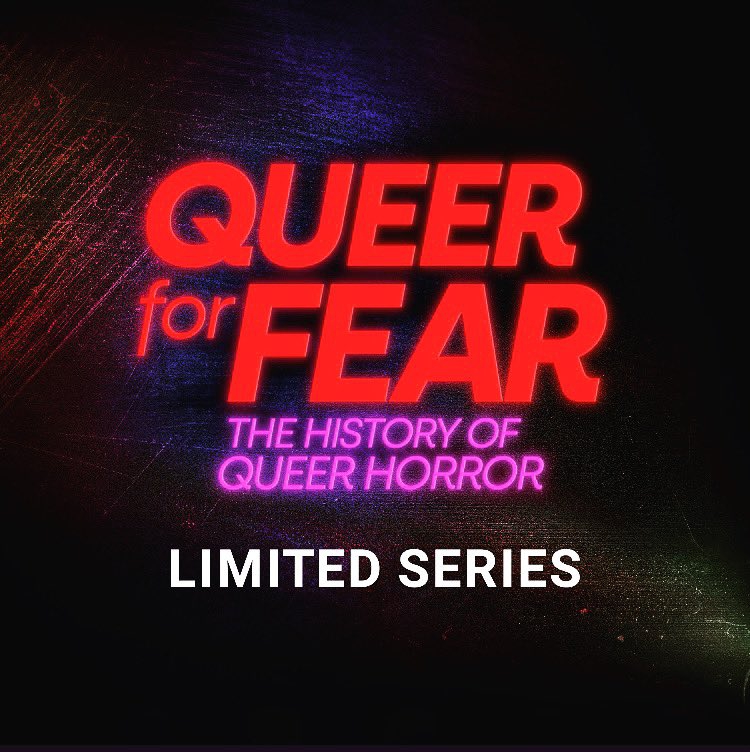 "We're heeere!" (channeling my best Carol Anne and taking some liberties.) Shudder has officially announced Queer for Fear: A History of Queer Horror as a four-part documentary series from executive producer Bryan Fuller. Fuller was joined by producer Steak House and documentary interviewees Nay Bever, Lea DeLaria, and Kimberly Pierce on a panel about the show held for television critics as part of AMC Networks’ annual TCA presentations.

If Fuller's observation of Count Chocula and Frankenberry as lovers, "I just knew from the way they clutched each other they were probably fucking" is any indication of what's in store, then I think it's safe to say we are in for an amazing time as we dive deep into the inherent queerness of our favorite creeps. Yes, Hannibal will be a topic of discussion amongst many other favorites. Take a look at some of the tweets regarding the panel below and of course stay tuned as we will have plenty of updates ahead of the series premiere this summer!

Get ready for Queer for Fear: The History of Queer Horror, a four-part docu-series from executive producer @BryanFuller coming later this year. #TCA22 pic.twitter.com/6lMxsM9e2d

Four-part docuseries #QueerForFear delves into the history of queer people in the thriller genre, examining the role of the LGBTQ+ community in front of and behind the camera. This summer on @Shudder. #CTAM #TCA22

Asked about when he first identified monsters with being queer, Shudder's QUEER FOR FEAR EP Bryan Fuller notes that for him it was Count Chocula and Frankenberry. "I just knew from the way they clutched each other they were probably fucking." #TCA22

"1980s Frankenstein because of the AIDS crisis that was happening at the time, I just related to what was going on. There was way more going on in that movie than what was being talked about." Lea DeLaria #TCA2022 #TCA #TCA22 #CTAM #TCAs #AMC #AMCPlus #QueerForFear

"Theres always the danger of claiming something that can be used against u. The minority communities have always adopted the most hated terms. We're always in danger of being misinterpreted We're humanizing the narrative w/ #QueerForFear"#TCA #TCA22 #CTAM #AMC #AMCPlus #Shudder

"We’re touching on it. We’re heavy petting Hannibal” - @BryanFuller, asked if Shudder’s Queer for Fear will discuss #Hannibal at #TCA22. He adds “I’m very proud of the show. I’m not shy talking about it!”