Warner Bros. Discovery will not release the planned SCOOB! sequel amidst a wave of shocking business decisions from the company.

Some strange stuff is going on at Warner Bros. Discovery with the studio recently deciding to entirely shelve two nearly completed movies, one of them being the upcoming sequel Scoob! Holiday Haunt. As noted by The Hollywood Reporter, the studio is no longer planning to release the spooky sequel to last year's animated Scooby-Doo flick Scoob!, nor are they planning to release the costly DC film Batgirl. Not streaming, not in theaters, not anywhere.

The news comes as a shock, and, so far as anyone can tell, the move has to do with the new regime led by CEO David Zaslav radically shifting strategies away from making movies directly for HBO Max. A tax loophole allows the company to write off the losses from these films, and it appears as though, despite the fact that they are all but finished, that is what the brass has opted to do. The Scoob! sequel is said to carry a $40 million budget, while Batgirl cost a whopping $90 million. Co-writer Paul Dini (Batman: The Animated Series) took to Twitter to voice his displeasure with the decision.

"'Shit next' indeed. Yes, I'm co-writer, but also, why cancel a 95% finished holiday movie this close to Fall, when you're guaranteed kids watching it from right after Halloween until at least New Years? Makes no business sense esp. as both kids & parents dug the WIP screening."

Similarly, co-director Bill Haller also voiced his irritation on Twitter, though his message came with a bit more hope and the hashtag #SaveScoobHolidayHaunt.

"Despite happenings at WB, I'm gonna brag about Scoob Holiday Haunt. I approved the last shot of animation last week & I can't wait for all the fans to see the amazing performances from this passion project which I know will make you very happy." 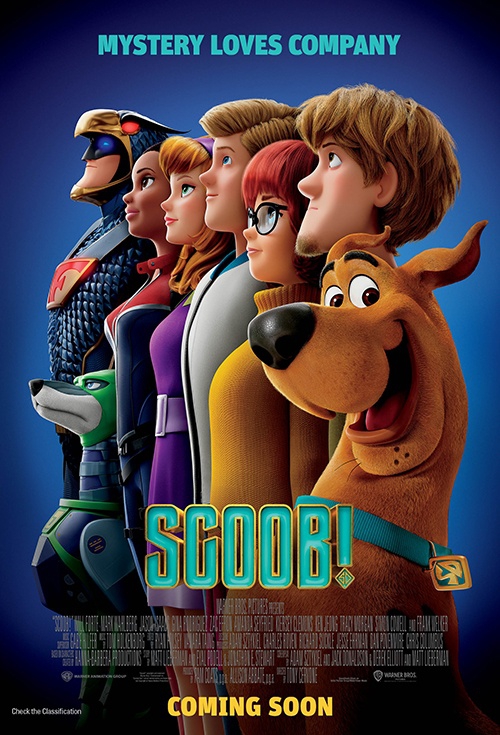 The scrapped releases are just part of what has been happening behind the scenes. Warner Bros. Discovery is bracing for massive layoffs due to the merger between WarnerMedia and Discovery that closed earlier this year. Also, rather peculiarly, several HBO Max exclusive films such as The Witches remake have quietly been removed from the service, seemingly all tied to this new content strategy. To what end? That remains to be seen, but this has all made for a highly-publicized fiasco. Warner Bros. Discovery did release a statement on the matter, which reads as follows:

"The decision to not release Batgirl reflects our leadership's strategic shift as it relates to the DC universe and HBO Max," said a Warner Bros. spokesperson in a statement. "Leslie Grace is an incredibly talented actor and this decision is not a reflection of her performance. We are incredibly grateful to the filmmakers of Batgirl and Scoob! Holiday Haunt and their respective casts and we hope to collaborate with everyone again in the near future."

Scoob! was released both in theaters and on HBO Max in 2020 and, though it didn't perform particularly well at the box office, it seemingly did well for the company on VOD. Well enough for them to press forward with a premise that seemed to befit the original Scooby-Doo adventures. Unfortunately, it isn't going to see the light of day so that a gigantic corporation can do some creative accounting.