The first original comic book series from FEAR STREET and GOOSEBUMPS author is coming this September. 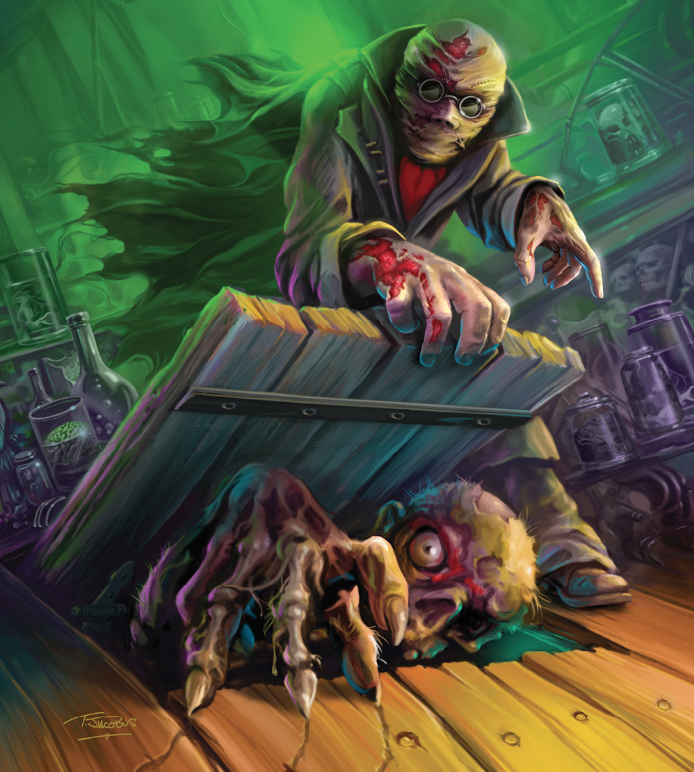 Comic readers beware, you're in for a scare! BOOM! Studios is giving us a first look at R.L. Stine's upcoming comic series Stuff Of Nightmares #1. The four-issue limited series offers up a new take on iconic creatures from horror legend, featuring art by A.L. Kaplan (Maw, Jim Henson's The Storyteller), colors by Roman Titov (Eat the Rich), and letters by Jim Campbell (Black Badge), available this fall.

BOOM! Studios will also offer an incredibly rare variant cover from artist Björn Barends (Something is Killing the Children) signed by R.L. Stine, which also comes with a COA that will be recognized by the CGC Signature Series program! In addition, this first issue gets not just one but two extra spooky glow-in-the-dark covers by Francavilla and original Goosebumps cover artist Tim Jacobus.

Take a peek at the wicked cool cover art and variants below, including Mercado's tribute to Stine's Fear Street series! 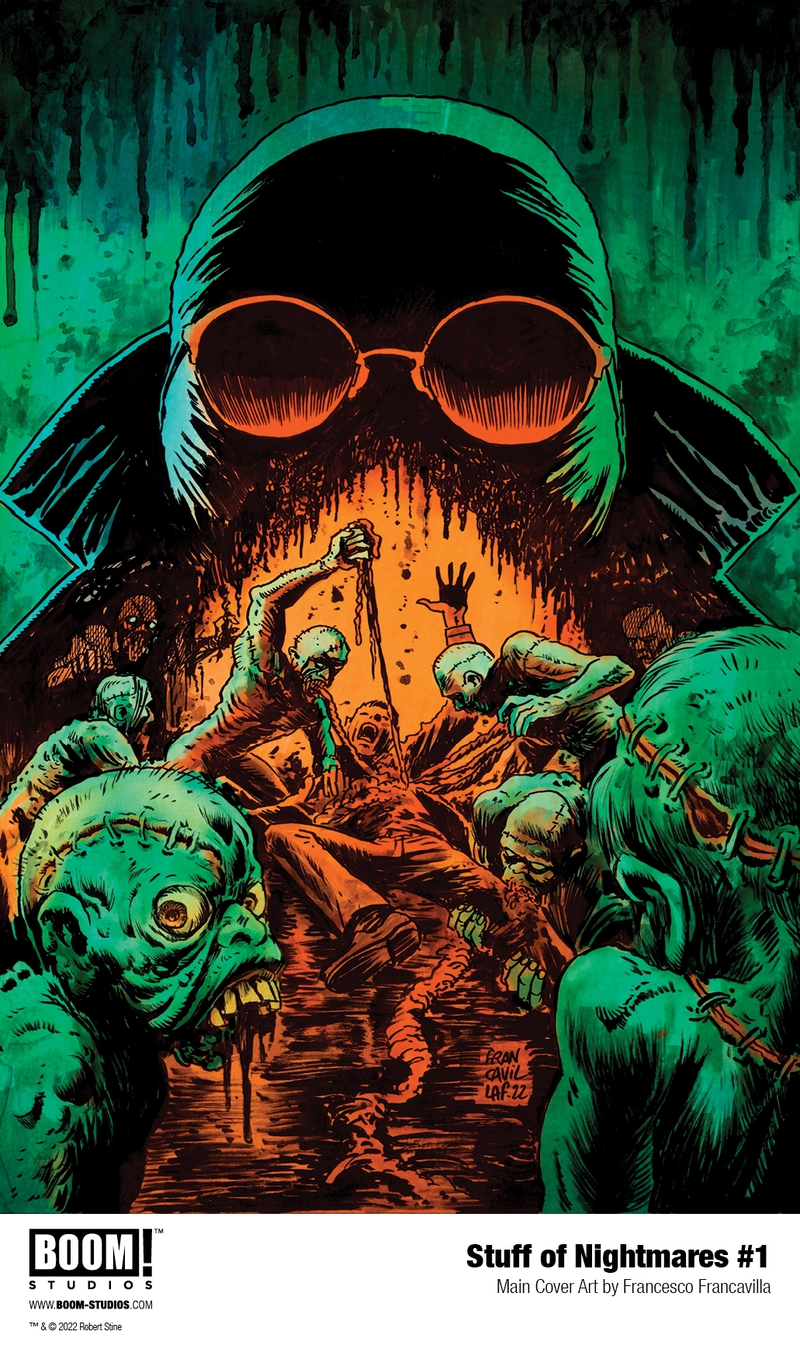 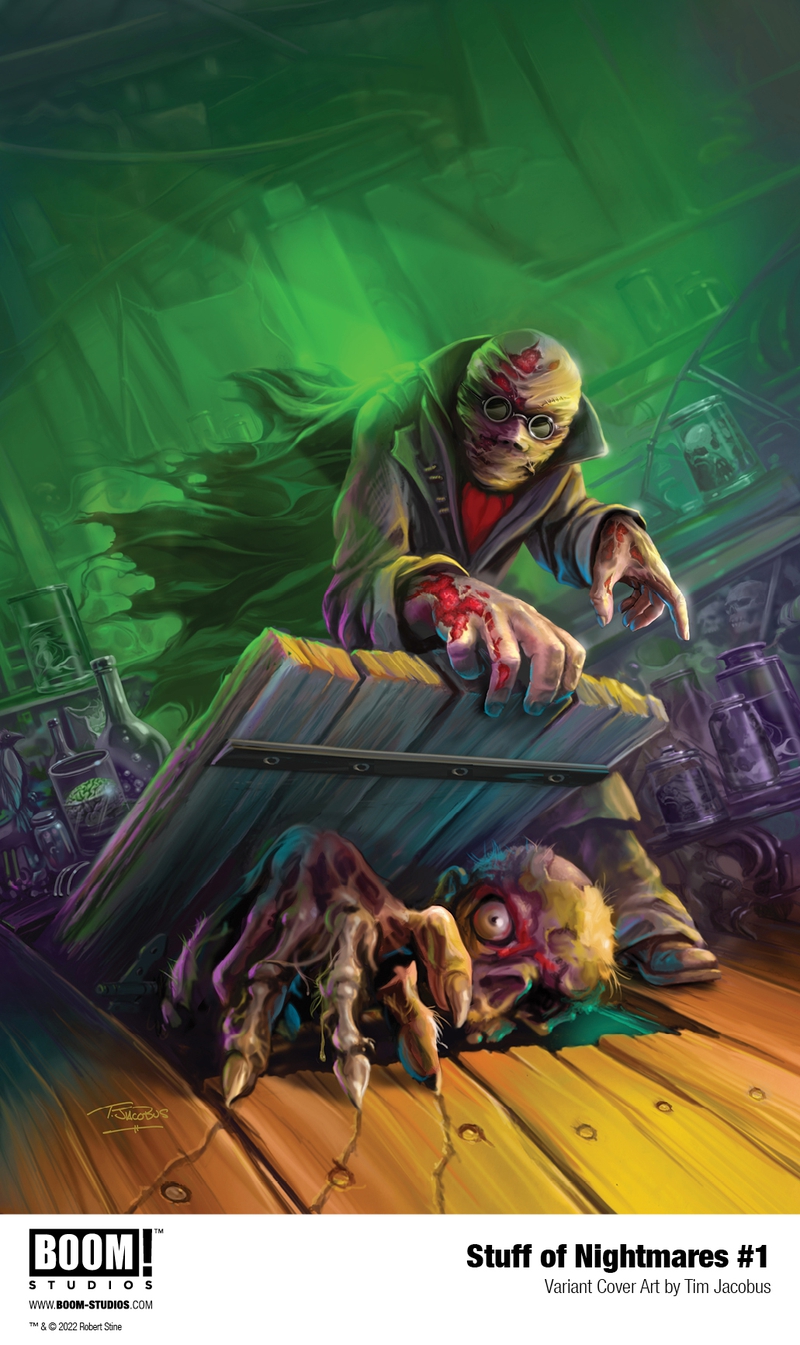 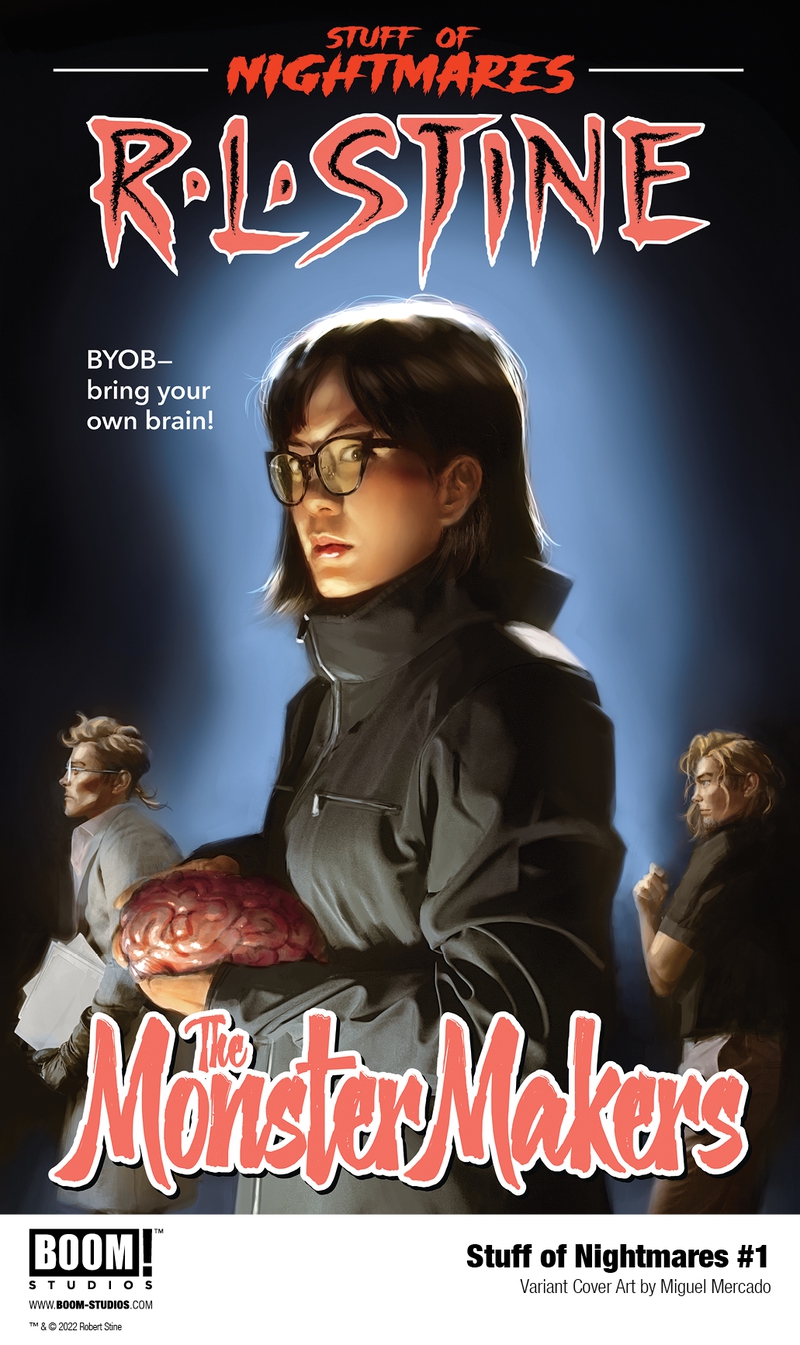 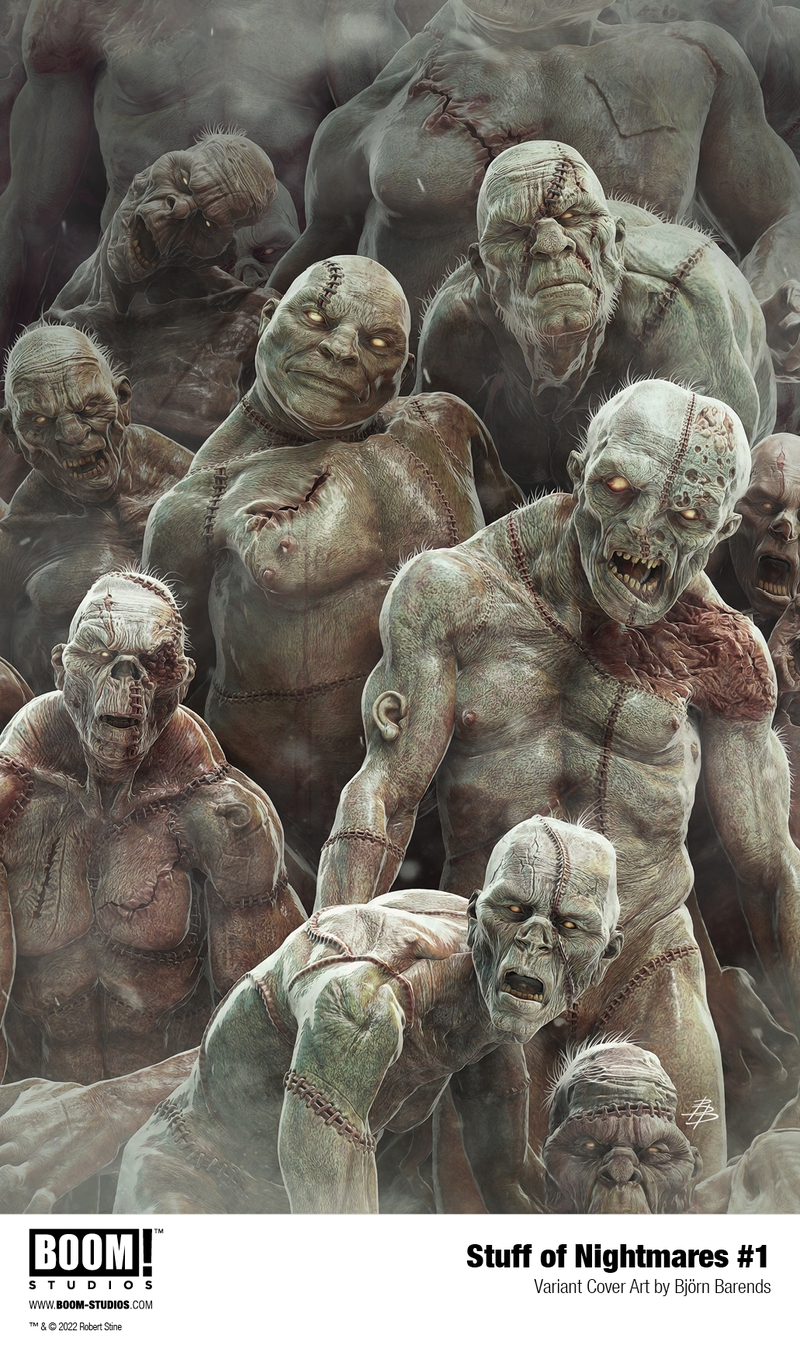 The series is described as such:

In the premiere of Stine’s reanimated reimagining, the monster you enounter isn’t the one you thought it’d be—you might be familiar with the classic tale of a mad scientist hell-bent on creating life, but what these two demented brothers have created is something else entirely! Get ready for a darker, more gruesome, and even more terrifying series for horror fans who are ready to face their fears in … Stuff Of Nightmares!

And here's an exclusive reveal of cover variants from Adam Gorham, Jenny Frison, and Kyle Hotz. 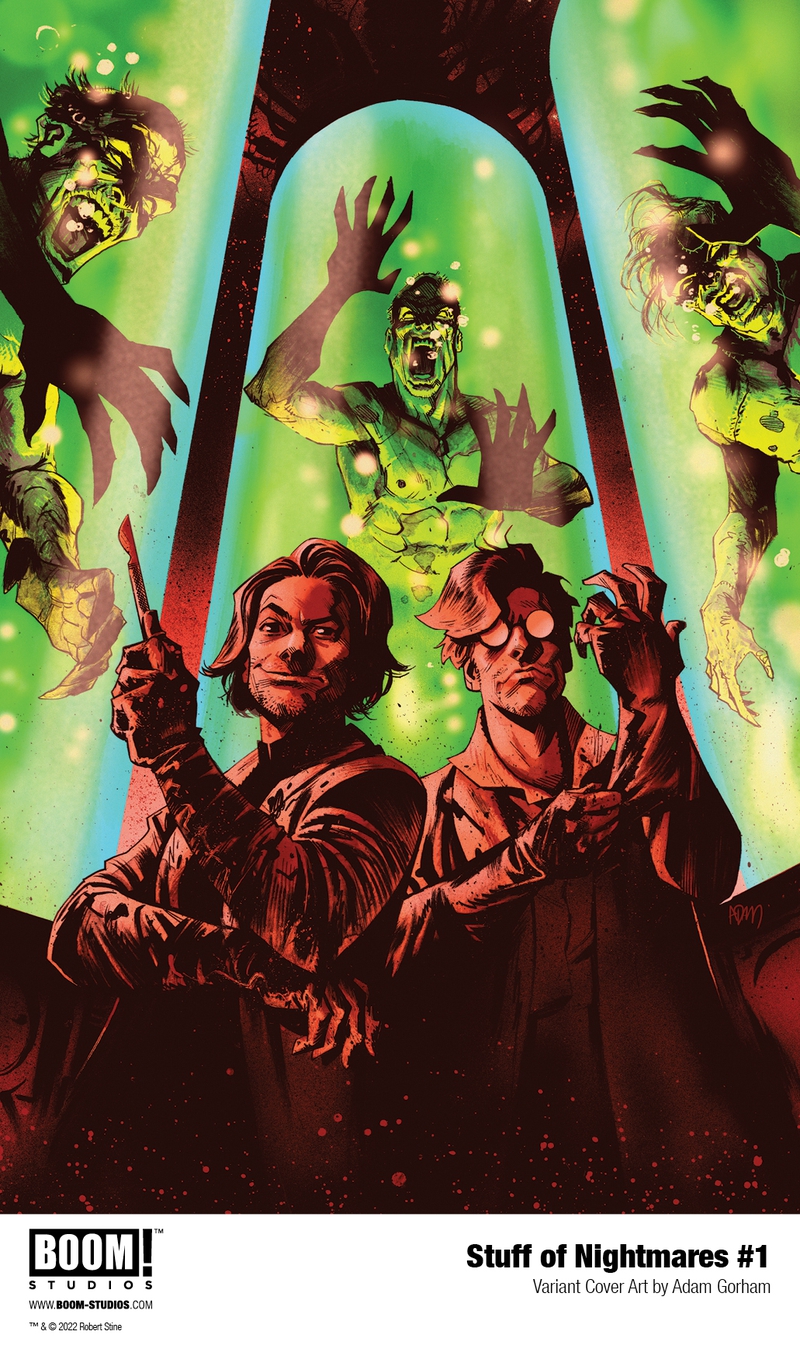 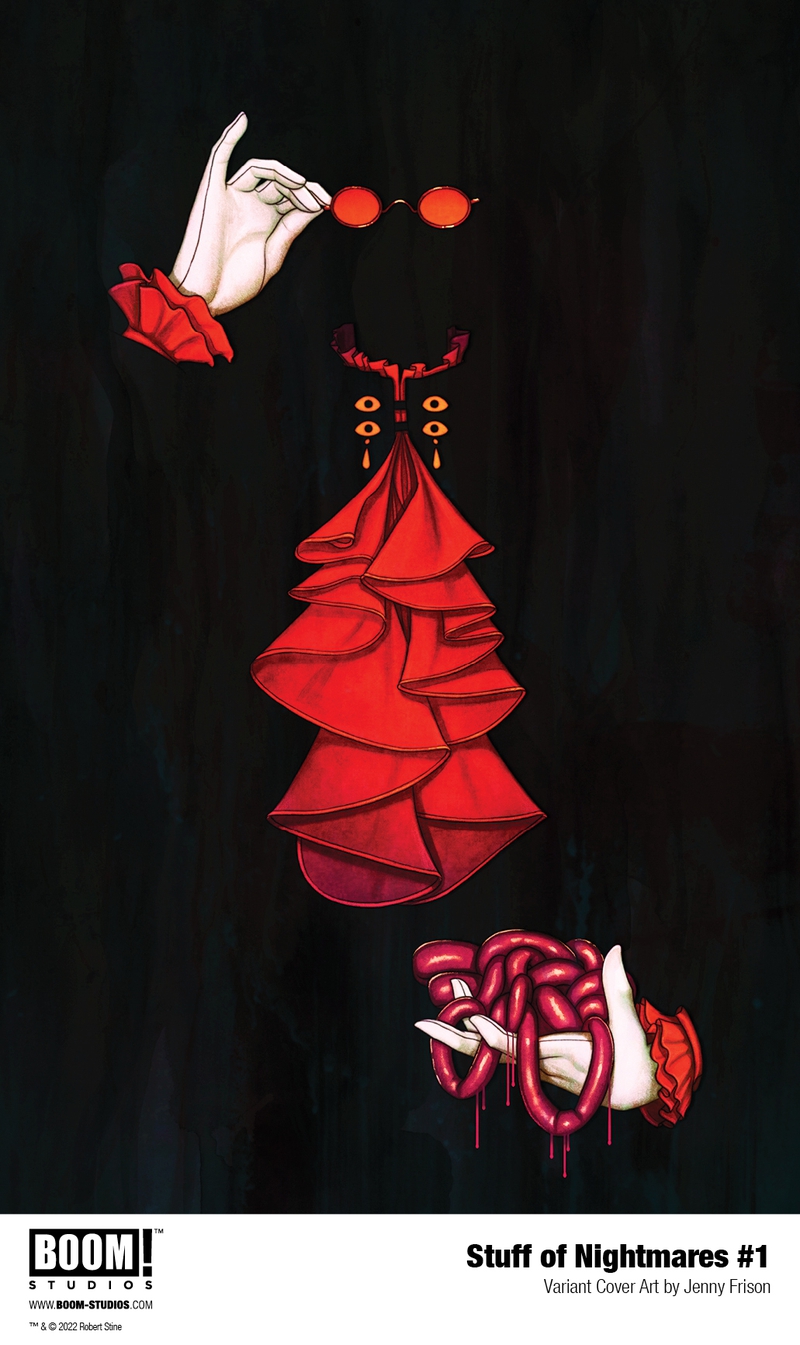 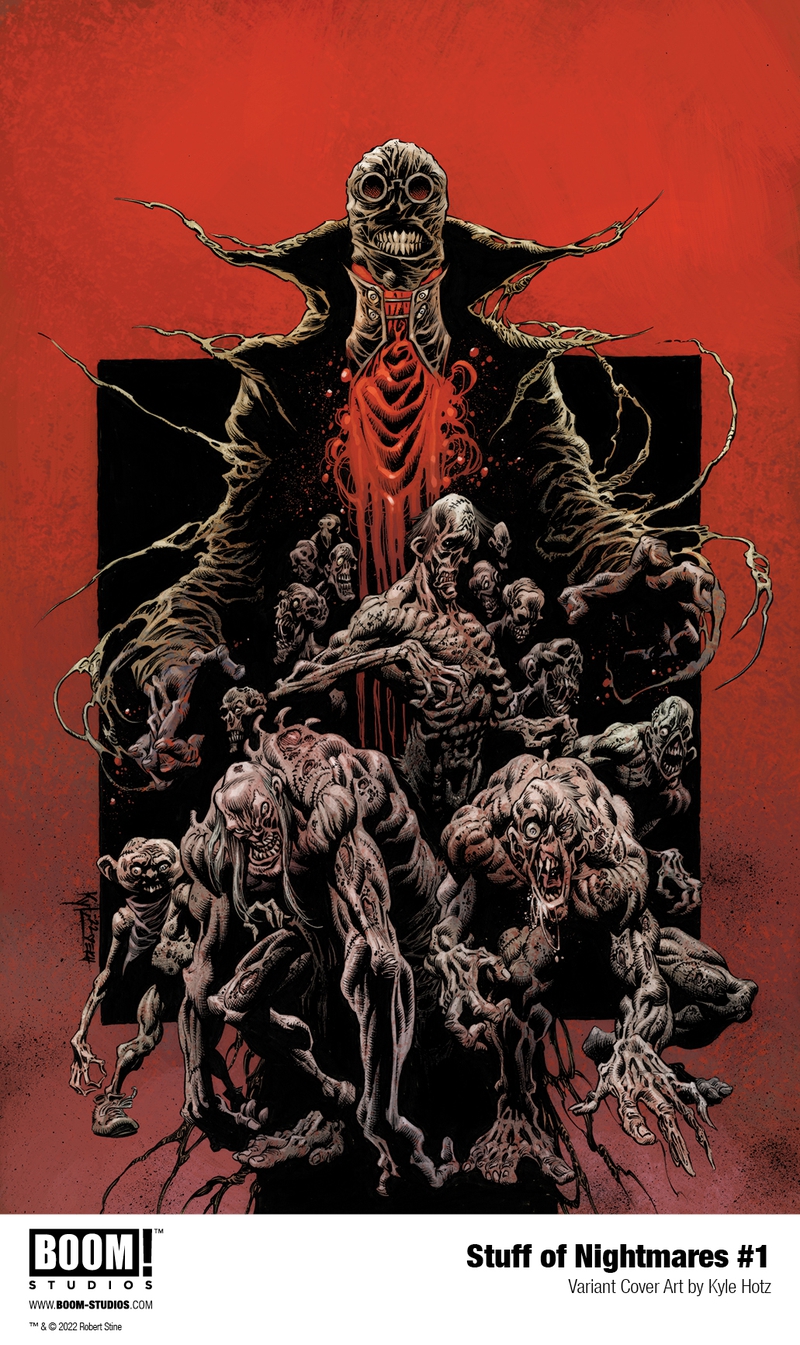 And now, for the guts! Take a look inside issue #1 with an exclusive peek at these pages. 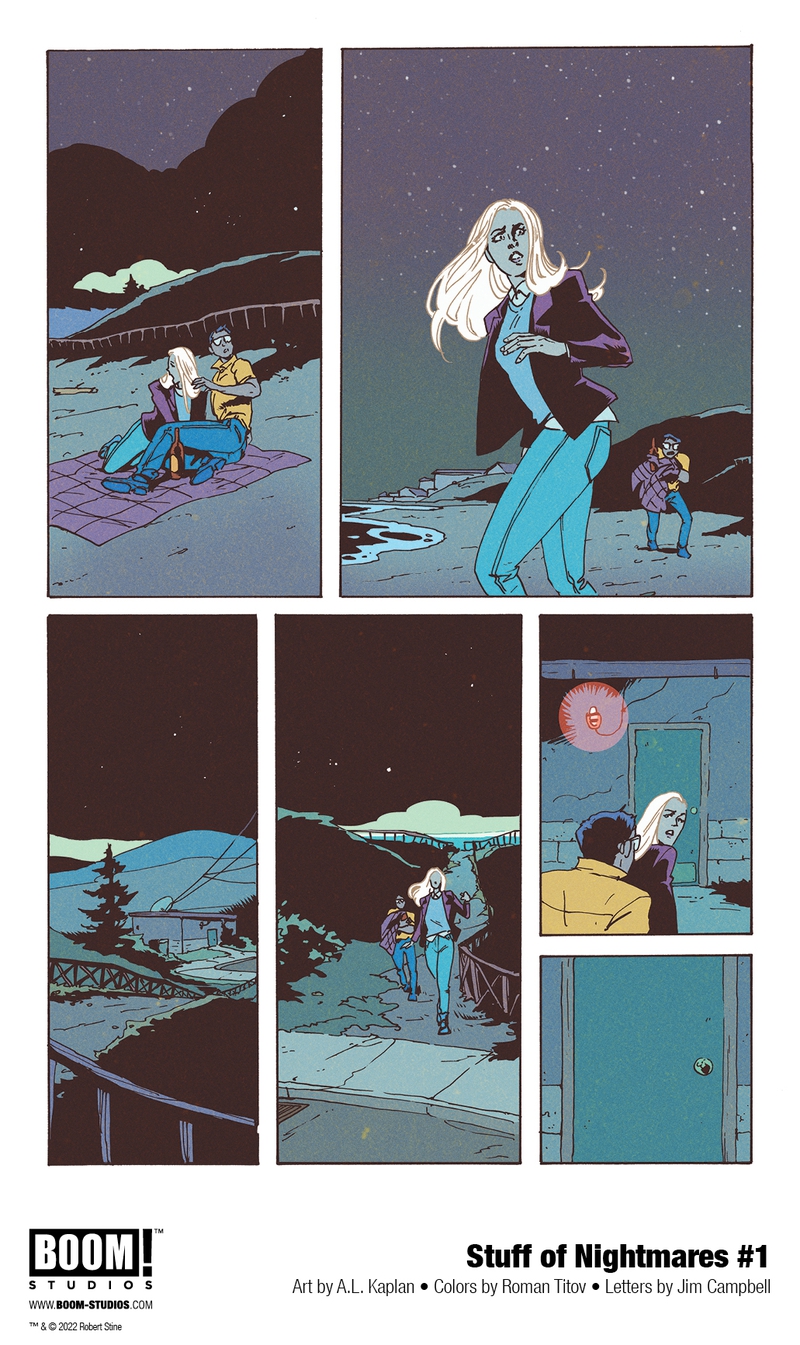 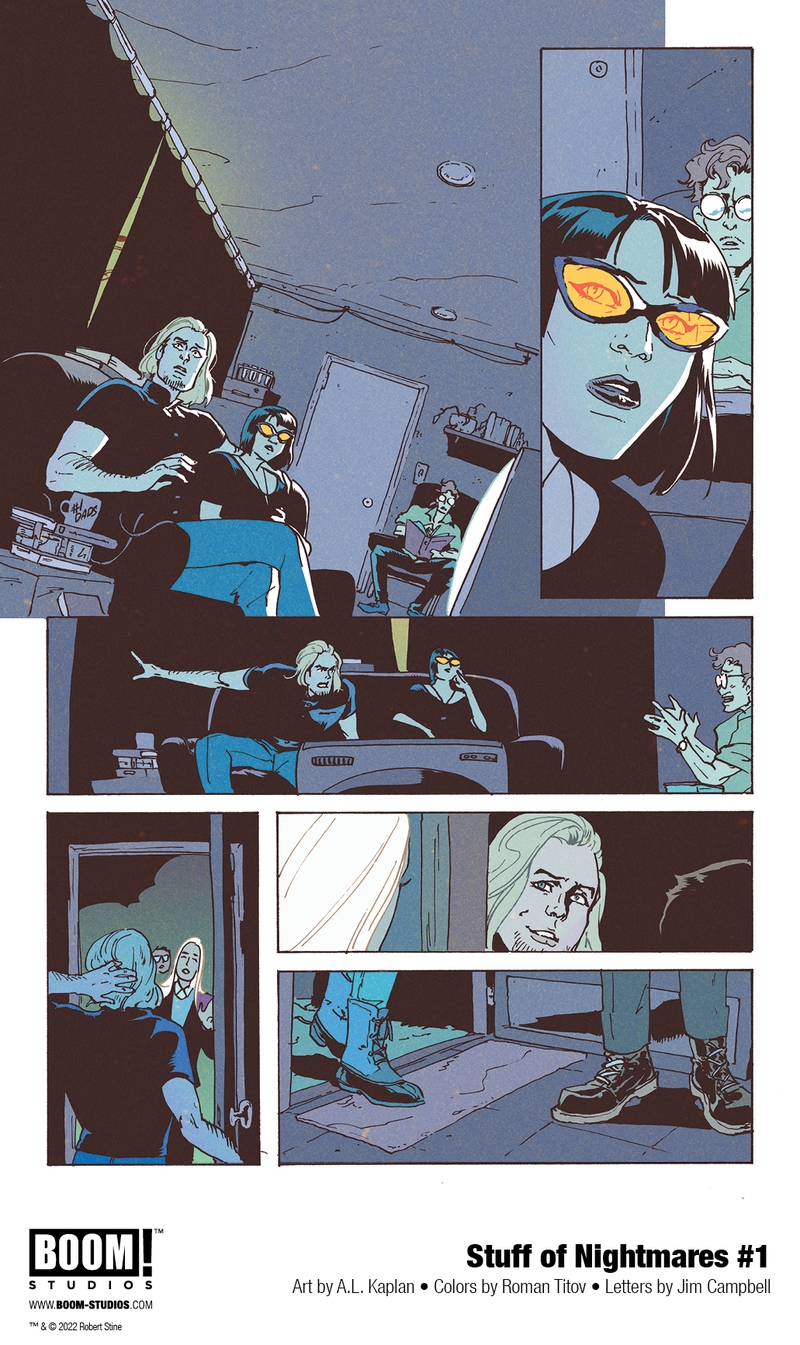 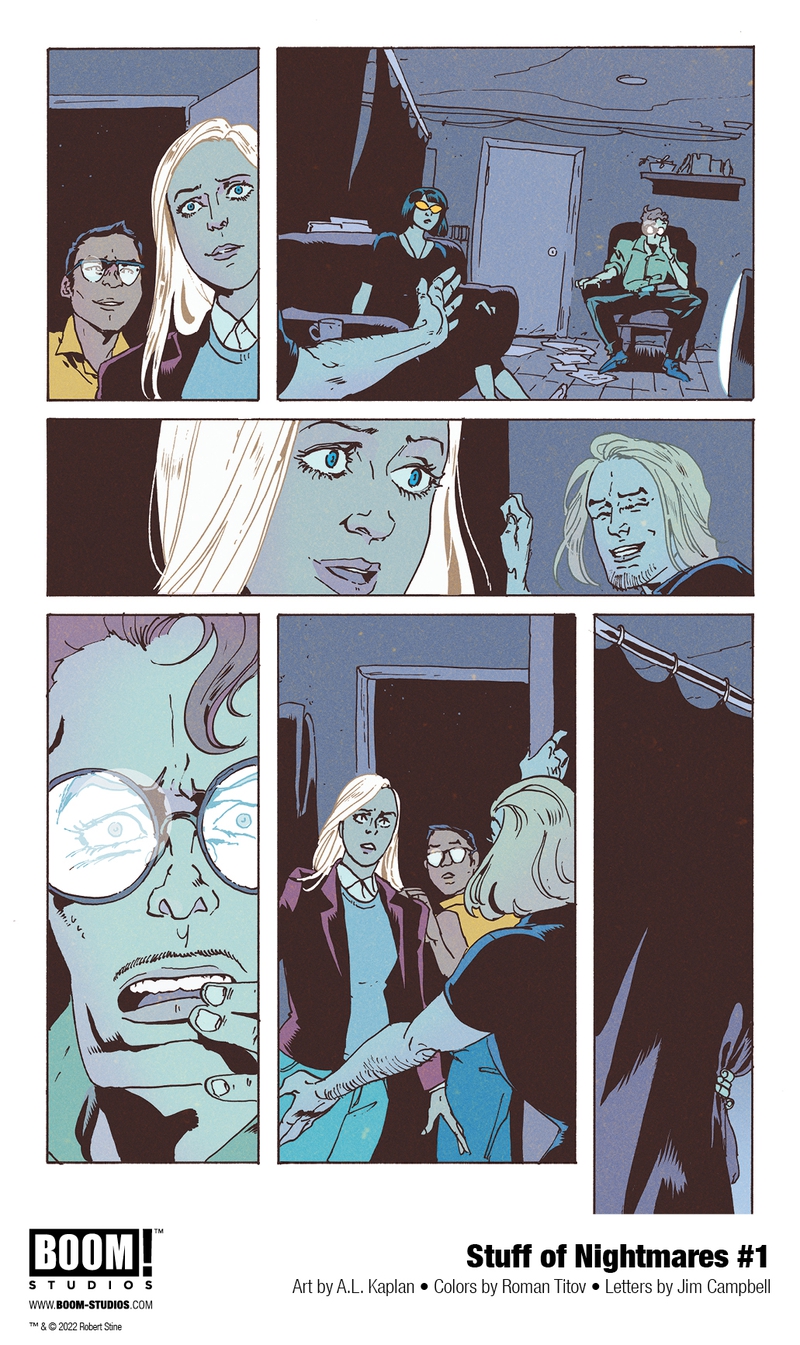 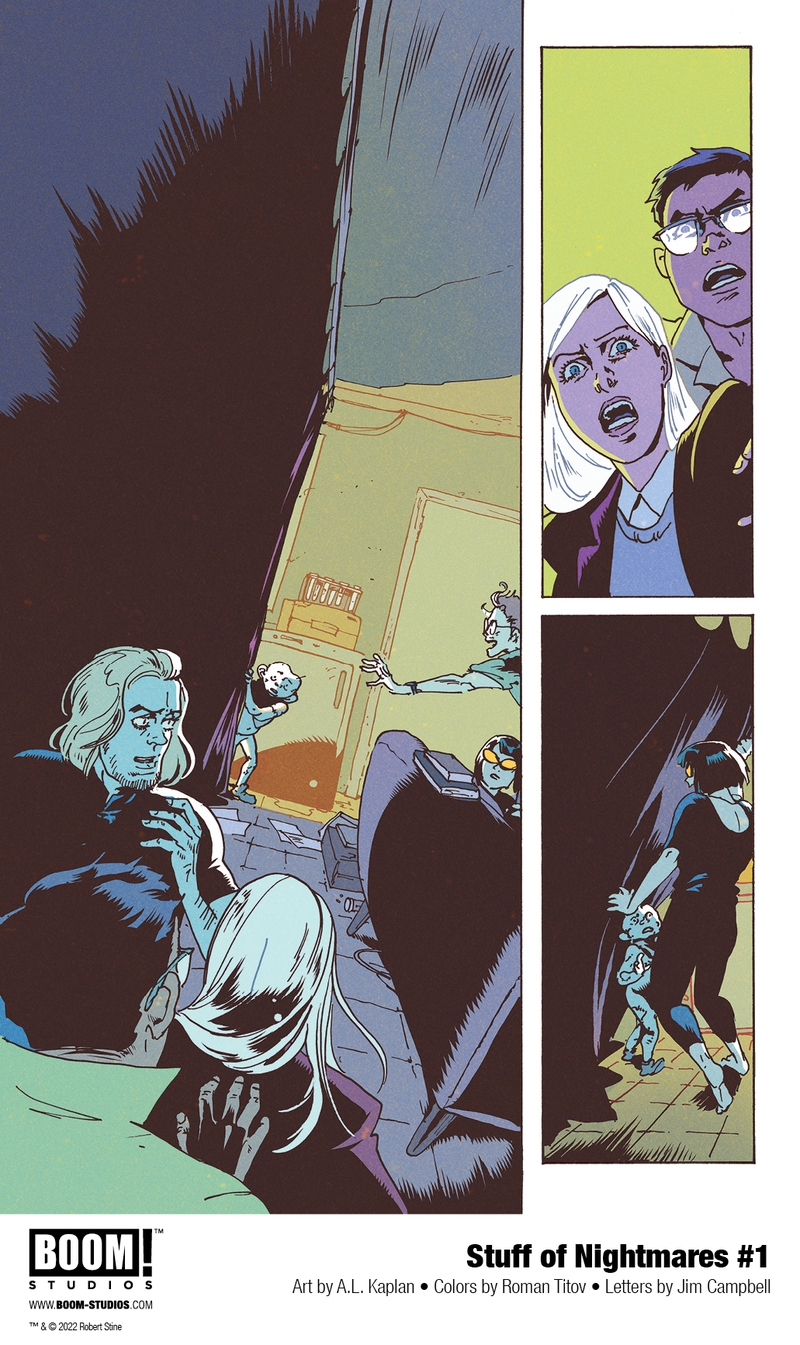 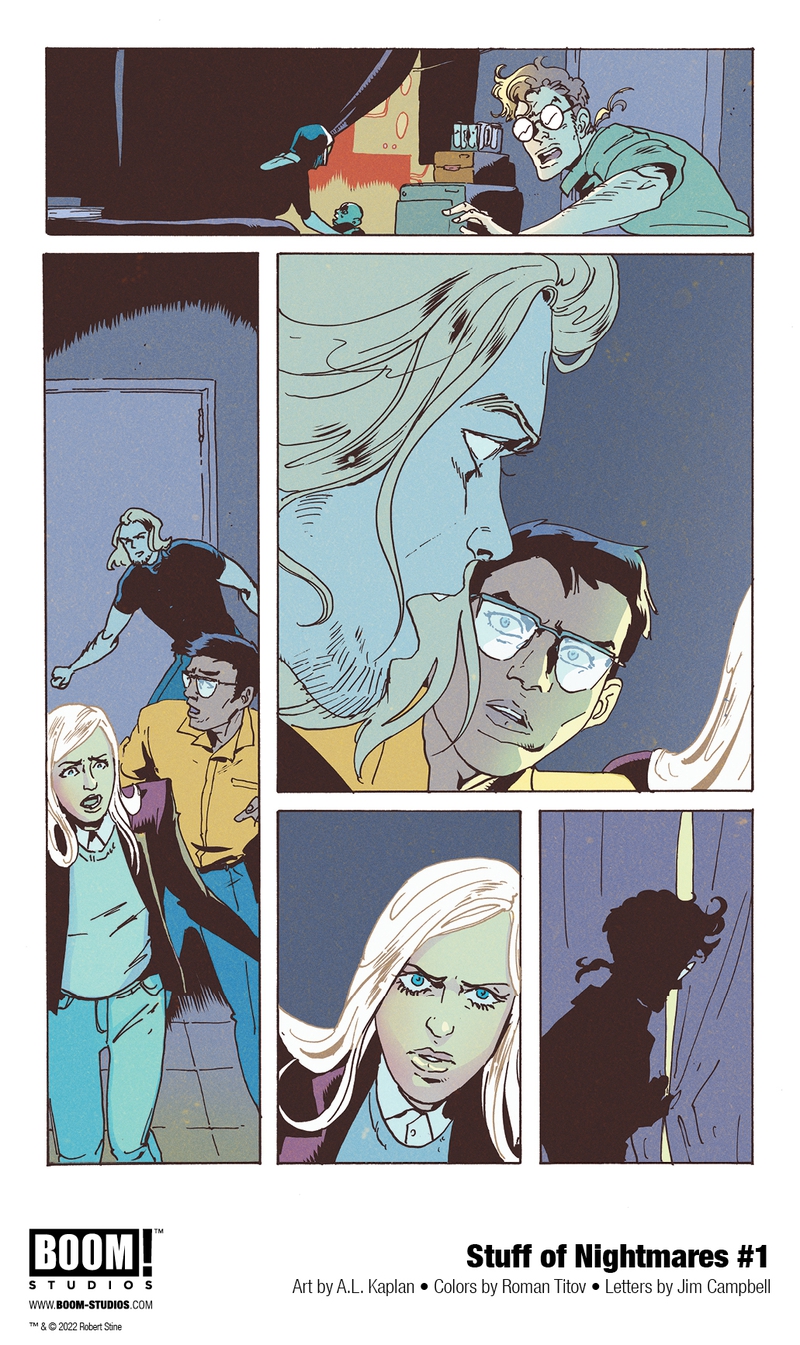 Print copies of Stuff Of Nightmares #1 will be available September 21, 2022 exclusively at local comic book shops or at the BOOM! Studios webstore (signed variant will have a different on-sale date). Digital copies will also be available via comiXology, iBooks, Google Play, and Kindle.