Q&A: Oren Peli And The Power Of The PARANORMAL, Part Two 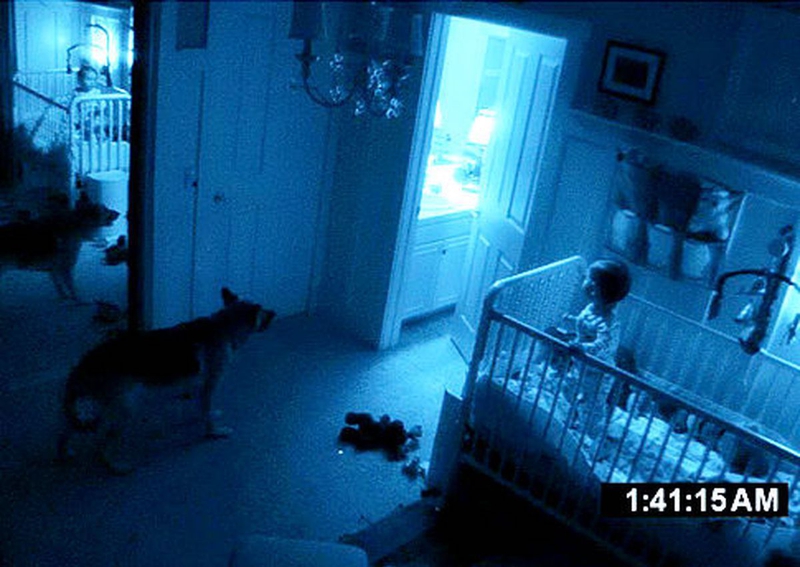 Editor's Note: This was originally published for FANGORIA on November 8, 2010, and we're proud to share it as part of The Gingold Files.

Oren Peli is on top of the horror world these days. Paranormal Activity 2, the sequel to his vérité horror hit that he produced, has bucked the disappointing genre-box-office trend this year and crossed the $75-million mark this weekend; at the same time, it was announced he’ll helm the Edgar Allan Poe-based Eliza Graves for Sobini Films and Icon Productions.

Loosely based on Poe’s “The System of Dr. Tarr and Prof. Fether” (which also inspired 1973’s The Mansion of Madness, a.k.a. Dr. Tarr’s Torture Dungeon) and focusing on a Harvard Medical School graduate who goes to work at an asylum that proves to have been taken over by its inmates, Eliza Graves (scripted by Wind Chill’s Joe Gangemi) has been in development for some time, but Peli’s assuming of the helm gives it a jumpstart. But what of his previously announced alien-themed feature Area 51? Read on through the second part of our exclusive interview (see the first part here)

Does Paranormal Activity 2 have more visual FX than the original?

Everything was done practically; basically, what you see is what really happened, there was just digital wire removal and crew removal and stuff like that. We made it a point to not do anything that looked fake; the audience had to believe that no matter how crazy what’s happening on the screen appears to be, that it’s really occurring.

Even the scenes where the baby is dragged up the side of the bed—that was all done live?

Yes, it was all done practically. Part of that was because we had the great dog and the awesome baby. We could get so much mileage by creating a weird atmosphere and their reactions to something in a corner; you don’t need any effects for something like that.

On a largely improvised movie like this, there must have been some happy accidents, and funny outtakes…

Well, we shot…I don’t even want to think how many hours of footage [laughs]. And like I said, we had scenes I thought were great, but just didn’t make sense to fit into the movie anymore. I can’t think of any specific examples offhand, but we could create a miniseries with all the leftover scenes we have.

Some people have commented that there’s a lot of stuff in the trailer that’s not in the film. Was that done intentionally to throw off expectations, or was it because you didn’t have a final cut when the trailer was created?

It was a little bit of both. At the point when they started cutting the trailer, we were still editing the movie, so we didn’t really know for sure what was going to make it in. So they just went with, “This looks cool, we’ll put this in,” and then it got removed from the film itself. There might have been a little bit of deliberate misdirection, because we wanted people to wonder what this story would be about, and have them speculate and talk about it. So there might have been one or two instances where the marketing department was just having fun, putting certain things in there.

It must have been a challenge, surprising an audience that’s now familiar with the way you were telling this story.

That was probably the biggest challenge, because we had to walk a very fine line. We didn’t want to betray the elements that made the first one work and that the fans responded to. That was the main mistake Blair Witch 2 made: It changed the format, so the people who liked the first one saw a completely different movie. We wanted to remain true, as much as we could, to the formal pattern of the night and day and that kind of stuff, which people reacted to in the original film, but at the same time give them some new stuff, different scare beats and fresh story elements to expand upon the mythology. It took a lot of experimentation during the shoot and the editing process to find the right balance, and hopefully we kind of nailed it. We were all very conscious of it.

What would you say is the biggest difference between the two Paranormal Activitys?

I think the second one has a larger scope. Even though it takes place all in one house, the place is bigger and has more cameras, so you have a greater sense of the environment we’re in. It’s a little less claustrophobic, which is both good and bad, but mostly good because there are more ways to show what’s going on with the family. And the fact that we here have a family with a teenage daughter and a baby and a dog makes the story a lot more complex than just [focusing on] a couple who are dealing with it. Now you have a whole family and a whole new set of things to worry about.

When you first made Paranormal Activity, there had been a few vérité-style horror films before. Were you conscious of The Blair Witch Project and the like, and did you try to make your film different from those?

Yeah. The first Blair Witch Project was a huge influence, not just because of the movie itself—which I loved, and to me it was groundbreaking that you could make a movie in such a style without a real crew, and it could be effective and successful—but also the story behind it. It was done totally outside the studio system with inexperienced filmmakers who just had a good idea, very little money—and there I was, sitting in the theater watching it. That was truly eye-opening. And then there were other examples like Open Water, and that led me to think, “Wow, if anyone can do it, I can buy a video camera and try it out too, see what happens.”

It’s been widely reported that the movie took a little while to come out, and that there was some indecision as to what to do with it…

I’m not really sure what the process was there. Even when the movie was released, a lot of people thought that the “you demanded it” thing was just a gimmick, but it really was [true]. The studio wasn’t sure how it was going to be received, and didn’t want to throw a lot of money behind it. So they basically told everyone in the marketing department, “Here is a budget that’s like…nothing.” [Laughs] You know, “Let’s put the movie out on less than 10 screens, see if we can make something happen with it.” So they came up with the “demand it” idea to really gauge the fans’ interest and did the most minimal release ever; it was only in like a handful of college towns, just two screenings a week, a couple of midnights. And people really responded to it, and they did demand it. So the studio said, “OK, we’ll expand it a little bit more, and a little bit more…” Then when they saw it go beyond just the hardcore horror fans and begin to spill into the mainstream, they started having more and more confidence in it and it started going wider and wider.

Its success proved that in this day and age of ever-more-aggressive editing and flashy camerawork, a “quieter,” old-school approach to horror can still work.

Yeah, and that was pretty much essential because we had to stick to the idea that this was “real footage.” The credibility of the way we were presenting it was essential, which proved to be challenging to some extent, but also made other things easier because I could choose deliberately to do things off-camera, and the audience would understand that there’s no cameraman to capture it, unless it’s Micah.

Yeah, here we had several cameras, so we had the freedom to move throughout the house just by cutting between them.

What’s the best audience reaction you’ve ever seen to either one of the Paranormal movies?

Well, in Paranormal 2, the stuff that happens in the kitchen—that gets a huge reaction. Also, when a certain cast member is there at the beginning and then shows up again at the very end, there’s a big cheer and applause. In the first movie, my favorite reactions were not so much when people screamed, but when, toward the end, things escalate and the nights fade in, and people are audibly groaning in anticipation. So before anything even happens, they know something is coming and they’re already shifting in their seats. That’s my favorite reaction. Then I know that the tension and the anxiety part is working.

Are you still going to be doing Area 51 for Paramount?

[Smiles] Something like that, but I’m not commenting on the project right now. It’s my personal preference not to talk about anything until it’s done. I don’t really see any advantage in that, so whenever the next project I work on is finished, I’ll be happy to sit down and talk about it.