Q&A: Oren Peli And The Power Of The PARANORMAL, Part One 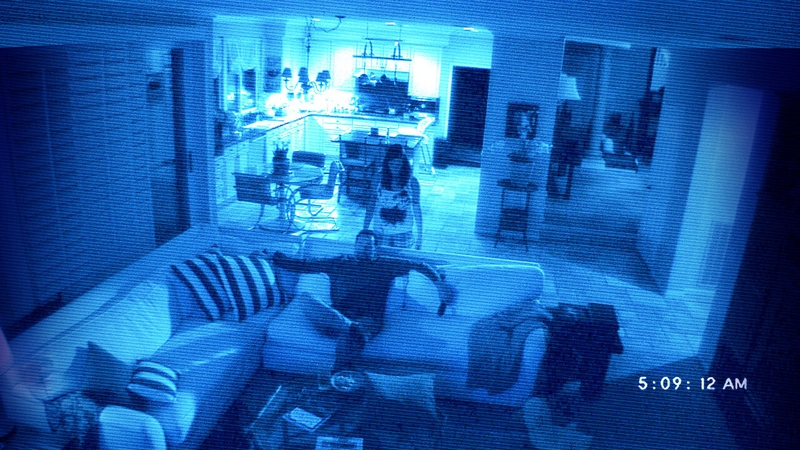 Editor's Note: This was originally published for FANGORIA on November 4, 2010, and we're proud to share it as part of The Gingold Files.

Now that Paranormal Activity 2 has followed up its sleeper-hit predecessor by dominating the Halloweentime box office (nearly $70 million so far), its creators and stars are being allowed out of the shadows of secrecy to talk about the movie. First and foremost is Oren Peli, who saw the first Paranormal (which he wrote and directed) transform from a literally homemade project to a $100-million-grossing Paramount release.

As a producer on the sequel (directed by Tod Williams), Peli was instrumental in assuring that it would maintain the tone and approach of its predecessor, while throwing enough new wrinkles in to startle and surprise audiences…

How involved were you in the writing or directing of Paranormal 2?

It was a much more collaborative effort [than the first movie]. My analogy is that Tod was in the driver’s seat, but he had a lot of backseat drivers—myself and other producers and writers and studio people, who would all pitch in ideas and make suggestions. Tod was extremely collaborative, and he had no ego; it was all about, “Let’s get the best team we can to contribute to it and put the best movie out there.” So there were a lot of voices, but Tod was the guy in charge.

How was Williams selected? He had never done a horror film or a vérité film before.

We were thinking that you don’t really need a standard horror-film director for this kind of movie, because it’s not really a horror film to a certain degree; it’s not like a slasher movie or anything like that. We knew we would be telling the story in a very dry, matter-of-fact way. Now, crazy, insane, scary things happen on camera, but it’s presented like real footage. Tod really got what made the first one work, and was committed to not betraying what the fans liked about it, but he could also bring his own sensibilities to flesh out and expand the universe in the second one. We got the sense that he had the right instincts and sensibilities to build on that.

There are three credited writers on Paranormal 2. How were they selected, and what did each of them bring to the screenplay?

Michael R. Perry was the one to whom we first brought the general idea, and he came up with the original premise and most of the story. Later on, as the movie started to take a shape of its own, the other writers started coming in and throwing in ideas that made sense. Then at the end, we had Christopher Landon on board full-time, and he contributed a lot.

I assume he was chosen because he was one of the writers on Disturbia, another thriller about people videotaping scary stuff around their home.

That might have been it; a lot of the people who worked on Disturbia at DreamWorks are now at Paramount and were involved with Paranormal Activity, and he’s also good friends with the other producers, Jason [Blum] and Steven [Schneider]. So everyone felt very comfortable with him, and he was very smart and brought a lot of ideas to the table.

How much of the dialogue was scripted, and how many scenes had the actors turned loose to improvise their way through it?

I would say 99 percent of the movie was improvised, to some degree. Sometimes we wouldn’t really tell the cast much about what was going on, and sometimes we would give them a pretty good sense of the scene. A couple of times we told them, “OK, make sure to say this specifically, because it’s important for the plot,” but most of the time it was very, very improvisational.

How was the cast chosen? You had some more experienced actors in this one then you had in the first…

Well, the experience, or lack of it, wasn’t really a factor. It was just about who could deliver, who could come across as authentic and own the character, and come up with their own lines that made sense in a natural way. A lot of that had to do with how they interacted with each other. We tested them with Katie [Featherston] and Micah [Sloat], just to make sure they functioned as a family.

Did you work at all directly with the actors, or was that mostly up to Williams?

I would say 99 percent of the time it was Tod, and even if I had suggestions, I would usually tell them to Tod, and if he liked them, he would pass them along to the actors. He was kind of like the link to the cast on set most of the time. I wouldn’t even go into the house, but we had our video village set up nearby. We thought it was important to have Todd be the main guy to communicate with them.

How much time went into working with the dog and the baby to get what you wanted?

The dog was great. She had an awesome trainer, and was terrific to work with; she could do a lot of cool stuff. She didn’t always cooperate 100 percent [laughs], but, you know, maybe 90 percent. The babies [twins who played the movie’s one infant] were also great. You couldn’t really direct them too much, so a lot of it was just about running the cameras a lot, experimenting with different things, trying to get the baby’s attention in different ways. And if we got something out of 10 hours of footage—30 seconds that supported what we were doing—then that’s what we used.

Was the story always going to involve Katie and Micah returning, or were other storylines considered that had nothing to do with those characters?

There were other stories suggested, but the reason we picked Michael Perry’s was because of the way in which it could surprise everybody by being a prequel, when everybody was expecting a sequel. We thought it was very smart in the way it tied into the first one, connecting the events of that film and then building and expanding on its universe.

There has been criticism of recent sequels that explained too much about the events of the previous film or films. How did you and the rest of the Paranormal 2 team strike a balance between what to reveal and what to keep mysterious?

It was a little bit tricky. We don’t explain everything that happened in the first one, though we definitely address a few things that people were wondering about. But yeah, it’s a delicate balance. You don’t want to overexplain, so we didn’t give away everything, and also added new things that are left unexplained.

You had a bigger house and more cameras to play with in the sequel. How did you approach expanding what Paranormal Activity is without taking it too far—making it too big and thus not as claustrophobic as the first one—and determining how many points of view, etc. to show?

We had a lot of discussions about how many cameras to use, and where they should be. We didn’t want to lose a sense of authentic reasoning for why they were there, but we also wanted to make sure to keep the formal elements of it being nighttime and the house is asleep, and there’s something invisible and unknown and evil going on. That was the key thing we needed to capture, regardless of the number of cameras and configuration.

Did you take over a real house for the whole thing, or was some of it done on sets?

Everything was a real house. We had a location manager, and we told him, “These are the parameters; we’re looking for a house that’s a little bit larger than before,” and gave him an idea of the kind of neighborhood it should be in. He went out and scouted a lot of houses and got some options, and this one seemed perfect. I’m not gonna say where it is [laughs], for the protection of the people who live there.

Did you have to do a lot to maintain the secrecy about what you were shooting in the house? Did you even tell anyone it was Paranormal Activity 2?

No. We had a code name, and no one was allowed to talk about it. The guy who comes to install the security cameras in the movie was a real security-camera installer, not an actor. As far as I know, he didn’t even know what movie he was going to be in. I don’t think anyone told him before it came out [laughs], so maybe he’s been getting phone calls from friends telling him, “Hey, you’re starring in this movie!”