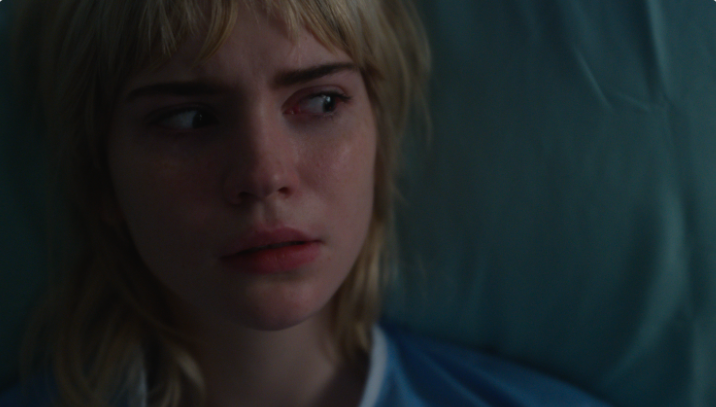 Scream Gems' Horror Labs' first-ever, midnight short project, Blink will be premiering at SXSW, but you can watch the trailer now. The lab was created as a partnership between Sony Pictures and Ground Control as a way to help launch genre filmmakers by supporting them in the production of a proof of concept short film with the intention of adapting into a feature. Ground Control founder Scott Glassgold says, “With proof-of-concept emerging as a reliable source material for feature films, the aim is to work with filmmakers at the incubation stage to help actualize their concepts and grow the material organically through the development process."

Blink is the first one out of the gate for the initiative, and this nine-minute short looks like it is really going to deliver. Starring Sophie Thatcher of our beloved Yellowjackets, the story follows Mary (Thatcher) as she wakes up in the hospital, almost completely paralyzed after being violently pushed from a window. Trapped inside the prison of her own body, Mary’s only way to communicate is by blinking her eyes. She tries to warn the nurse that a sinister, inhuman force is trying to kill her. But when strange things begin happening around her, she realizes it may be too late to stop it.