Nicolas Cage To Star In LONGLEGS From Director Oz Perkins

C2 Motion Picture Group has enlisted Oscar-winner Nicolas Cage for what is being described as a classic Hollywood psychological thriller. 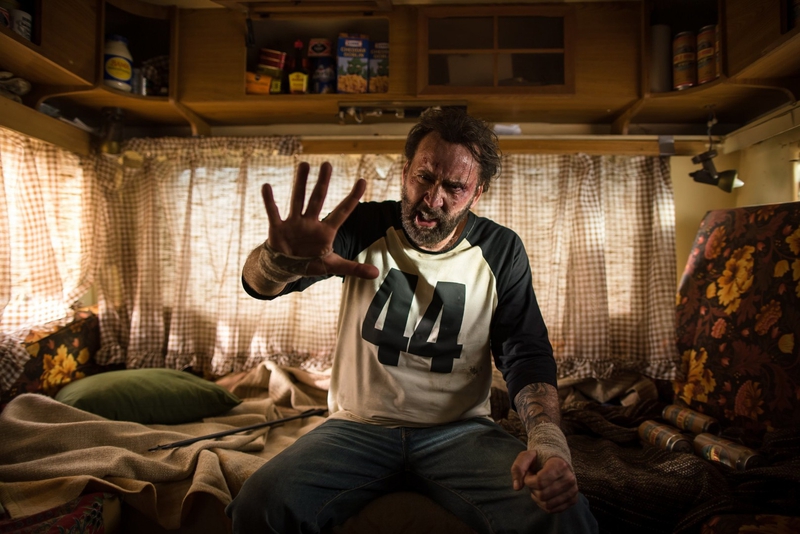 The Nic Cage renaissance continues as the Oscar-winning actor has lined up yet another project that sounds like it will be of particular interest to genre fans. This one also sounds like it has a great deal of potential on paper, despite the very little information available at the moment. As reported by Deadline, Cage has boarded an upcoming horror/thriller titled Longlegs set up by the folks at C2 Motion Picture Group.

While plot details remain firmly under wraps for this one, the film “will be in the vein of classic Hollywood psychological thrillers.” What’s more, Oz Perkins (The Blackcoat’s Daughter, Gretel & Hansel) penned the screenplay and is currently on deck to direct. Cage is set to produce the movie via his Saturn Films banner, with Dan Kagan (Significant Other), Brian Kavanaugh-Jones (Insidious), Dave Caplan (The End We Start From), and Chris Ferguson (Child’s Play) also producing. Not a bad lineup. Jason Cloth (Joker) and Fred Berger (La La Land) are lined up to executive produce.

Production is currently slated to begin in 2023, but the report did not get more specific, so that doesn’t necessarily mean soon. It also isn’t clear at this stage who else may be eyed to star. Cage has been rather busy as of late following his recent resurgence, which is in no small part thanks to his acclaimed indie Pig, which nearly netted him an Oscar nomination. But some of his horror work such as Mandy and Color Out of Space also helped to put him back on the map after an era filled with direct-to-video fare. Next year, Cage will return to big studio films in Renfield, where he will play none other than Dracula.

Perkins, meanwhile, makes for a pretty fascinating pairing. He directed the underseen The Blackcoat’s Daughter, and I am the Pretty Thing That Lives in the House. Perkins also helmed the woefully underrated Gretel & Hansel, serving as a twisted take on the classic tale. He also directed one of the best episodes of Jordan Peele’s Twilight Zone revival. So, pairing a somewhat underappreciated director with a guy like Cage feels like a way to make good things happen. Fingers crossed.

Longlegs does not yet have a release date set.