The Man Behind The Blood Sucking Beast: RENFIELD Gets A Release Date!

And we are one step closer to Nicolas Cage as Dracula. 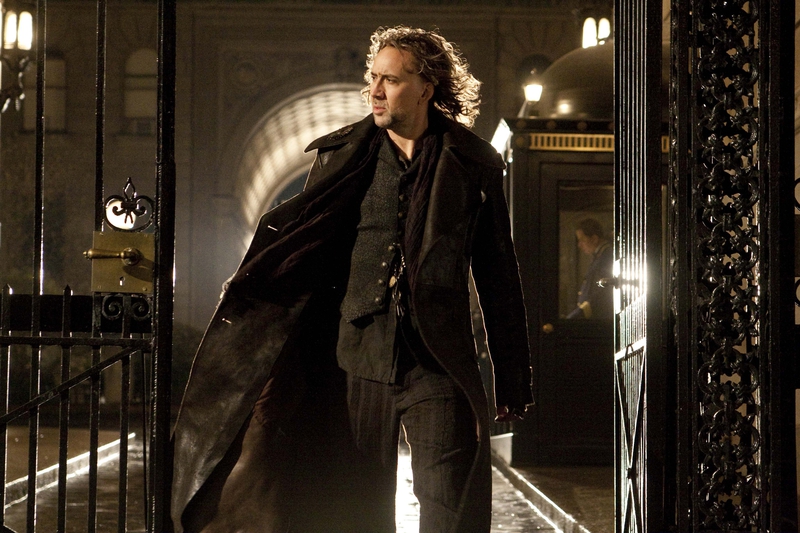 Dracula is making his way back to the big screen next year as Universal Pictures has announced an official release date for Renfield. The film will take a unique approach to the familiar material by focusing on the vampire's tortured assistant, as opposed to the creature of the night. In this case, the titular character is to be played by Nicholas Hoult, with none other than Nicolas Cage playing Dracula.

Universal will unleash the movie in theaters on Friday, April 14, 2023. Additionally, it should be noted that Renfield will be given a wide release and not limited to a few theaters. The studio also unveiled the tagline, "Evil doesn't span eternity without a little help."

Chris McKay (The Tomorrow War, The LEGO Batman Movie) is in the director's chair for this one, working from a screenplay by Ryan Ridley (Ghosted, Rick & Morty). The idea was originally cooked up by The Walking Dead creator Robert Kirkman. So what is his idea, exactly? The official synopsis reads as follows:

"In this modern monster tale of Dracula's loyal servant, Nicholas Hoult (Mad Max: Fury Road, X-Men franchise) stars as Renfield, the tortured aide to history's most narcissistic boss, Dracula (Oscar® winner Nicolas Cage). Renfield is forced to procure his master's prey and do his every bidding, no matter how debased. But now, after centuries of servitude, Renfield is ready to see if there's a life outside the shadow of The Prince of Darkness. If only he can figure out how to end his codependency."

Universal has a long history with monsters, with the Universal Monsters franchise of old producing some of the most iconic genre films in history. For the last handful of years, the studio has been looking to revive many of these standalone franchises in interesting ways. The most interesting (and gloriously failed) attempt was the Dark Universe, which would have seen big-budget monster flicks in a shared, cinematic universe, much like the Marvel movies. Instead, Tom Cruise's The Mummy flamed out, and those grand plans came crashing down in a hurry with the whole thing boiling down to a disastrous one-and-done.

Now? Universal is taking more of a filmmaker-first approach, going with the best idea for each property. Such was the case with 2020's The Invisible Man from Leigh Whannell, which worked out quite well. One of the biggest hooks for this movie is that it marks Cage's first major role in a studio movie in over a decade, with his last effort in that arena coming in 2011's Ghost Rider: Spirit of Vengeance. Of late, the Oscar-winner has done some of his best work in the genre space in movies such as Mandy and Color Out of Space. So his involvement in taking on this role is of particular interest.

Awkwafina (The Farewell, Shang-Chi and the Legend of Ten Rings), Ben Schwartz (Sonic the Hedgehog, The Afterparty) and Adrian Martinez (The Secret Life of Walter Mitty, Focus) round out the main ensemble.