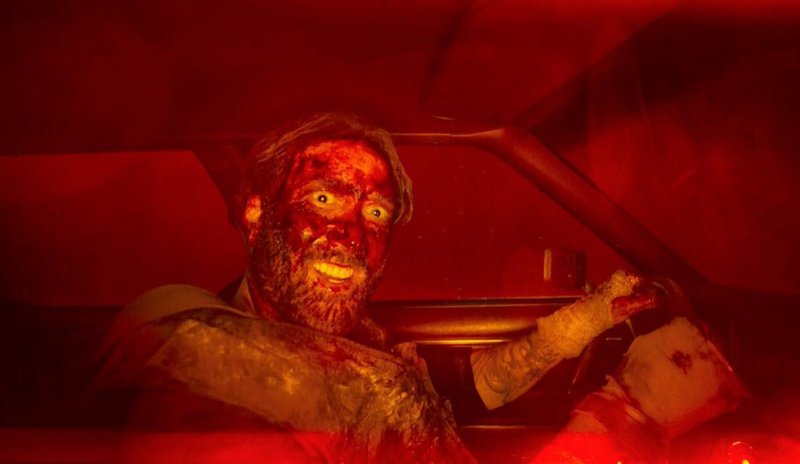 As you'd expect, the piece makes for one helluva read, with Cage fawning over Carpenter's In the Mouth of Madness and Carpenter trying to talk Cage into going halvsies with him on some sort of acting academy scheme, but tucked away towards the end of the piece is an interesting exchange about Cage's forthcoming project with director Oz Perkins (The Blackcoat's Daughter, Hansel and Gretel).

Here it is, in full:

Nicolas: Well, the movie I’m doing now—I would put that in the unquantifiable zone between drama and comedy. But then I’m going back to genre; I’m gonna do a movie called Sand and Stones. I play a father in that, with twin sons. It’s kind of a post-apocalyptic [survival] situation. After that, I’m working with Oz [Perkins], who you probably know.

Nicolas: He’s pretty strong in the horror genre at the moment. But he’s actually Anthony [Perkins’s] son. He’s done some really good movies. Gretel and Hansel was terrific. It’s about a character who’s hearing voices. It’s kind of like a possessed Geppetto, who’s making these dolls—

John: [Laughs] I like it. Possessed Geppetto. Man, oh man.

Now, we've known since earlier this month that Cage and Perkins would be working together on Longlegs, but at the time the only description we heard in terms of plot was "in the vein of classic Hollywood psychological thrillers.” That doesn't quite have the same oomph of "possessed Geppetto," but we're guessing the truth will lie somewhere in the middle. Perhaps something in the vein of 1978's Magic?

In any event, we're big Cage fans 'round these parts, and lord knows we love us some Oz Perkins. We're delighted that these two are gonna be working together, and are eager to learn more about Longlegs once it goes into production (which, with Cage already committed to Sand and Stones, probably won't be a long for a minute). Stay tuned for further updates as they roll in, and do consider heading over to Document to read the rest of their Cage/Carpenter interview. It's a hoot!