Mutant Or Monster: The Horror X-Gene In Marvel's X-Men

To me, my monstrous mutants.

After first debuting in 1963, the X-Men have been a mainstay at Marvel Comics for over the past 50 years. The franchise, which introduced iconic characters like Cyclops, Wolverine, Magneto, and many others, is also heavily drenched in horror. The comics embrace different horror subgenres to significant effect, whether it be the demon-filled dimension of Limbo, playing around with specific horror imagery, or the presence of hostile alien races. Although the science fiction and drama elements lie at the forefront, horror exists within the series' genetics, if you don't mind the pun.

The fear of mutants aligns with the concept of monsters within horror fiction, both are viewed as monstrous outsiders compared to the rest of society. The fear of the other is essential to the idea of X-Men, where anyone could be a mutant. Mutants are the "other" within the Marvel universe, where they are hated and feared for simply being different. Much like the villagers with torches and pitchforks in the old Universal Monster films, humanity holds a similar adverse reaction to the existence of mutants. Nightcrawler's introduction in the first issue of Giant-Size X-Men has him chased by an angry mob as he attempts to escape them. Along those lines, the fear of mutants leads to the creation of Sentinels, colossal mutant-hunting robots whose sole goal is to eradicate all mutants. This fear does not stop here but exists within the political and religious realms. Like monsters, mutants have also stood as symbols and metaphors for social and political issues and discussions, such as in the case of God Loves, Man Kills. 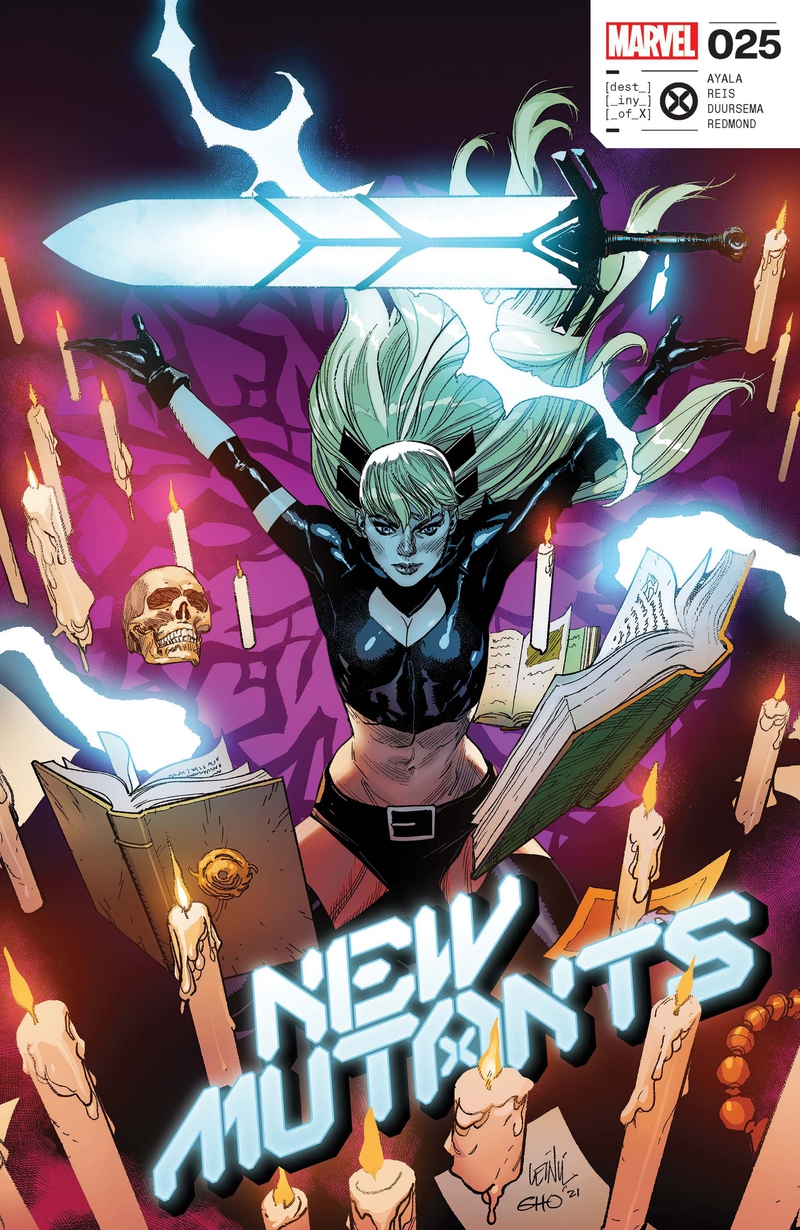 Illyana Rasputina, or Magik, stands as one of the most iconic members of the New Mutants. The little sister of Colossus was kidnapped as a child by the demonic sorcerer Belasco and taken to the hellish dimension of Limbo, where he brutally trained her into becoming a master of the dark arts. She would later escape her dark enslaver and return to Earth as a teenager despite only a few seconds passing in Earth time since being kidnapped. Outside of her connection to Limbo and darker magic, she had to worry about turning into her dark half, The Darkchilde. She becomes a demonic version of herself when she gives in to her darker nature. Currently, she is the ruler of Limbo while also serving as one of the Great Captains on Krakoa, teaching younger mutants. The darker horror elements have helped her stand out and made her a fan favorite in the Marvel Universe. 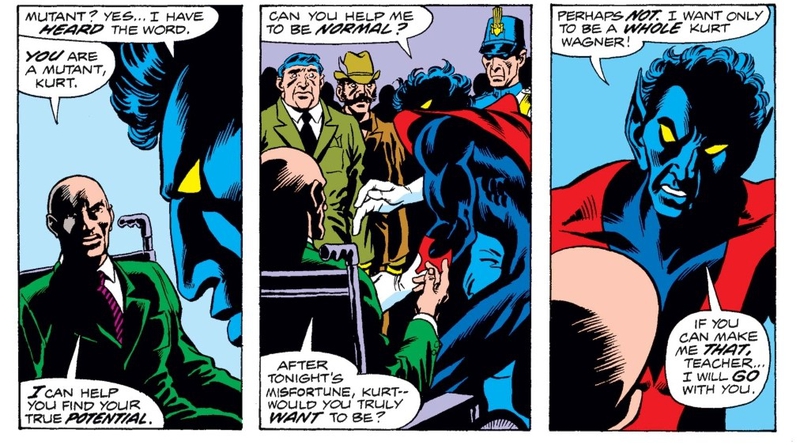 Certain mutants' physical appearances and mutations conjure up specific horror imagery. Eye-Boy, as his name suggests, has eyes covering his entire body. Although rarely played beyond comedic, the physical nature of his mutation can be viewed as creepy and unsettling due to being "inhuman." Similarly, Glob Herman appears as a human with completely transparent pink skin leaving his organs and bones completely visible. Most famously, Kurt Wagner, aka Nightcrawler, stands as the most iconic, his devilish features contrasting with his swashbuckling personality. Before his origin retcon, his demonic appearance essentially happened due to his mutation. Even a character like Wolfsbane, who can transform into a wolf, is sometimes drawn with werewolf-like features despite not being one herself. The horror imagery helps convey the notion of mutants being different from humans and why a fear of them exists. The monstrous appearance of specific mutants engages with the idea of humanity and the grotesque.

With his interest in genetics and creating the Locus Vile, one of the newer mutants, Tarn the Uncaring, fully embodies body horror. Born thousands of years ago, he has multiple abilities, including the ability to affect and control genetics and DNA, along with mutant powers. More horrifically, he utilized them to make his Locus Vile, a group of genetically altered mutant servants who will do anything he asks. Outside of a change on a genetic level, his manipulation also impacted them physically and greatly disfigured them into monstrous beings. As a result, their designs have a Cronenberg/'80s body horror aesthetic that makes them truly unique and horrific compared to other mutants. Instead of naturally changing appearances due to their mutation, the forced disfigurement also places Tarn into mad-scientist territory. Despite being a recent addition, Tarn has made his mark as a memorable and terrifying villain. 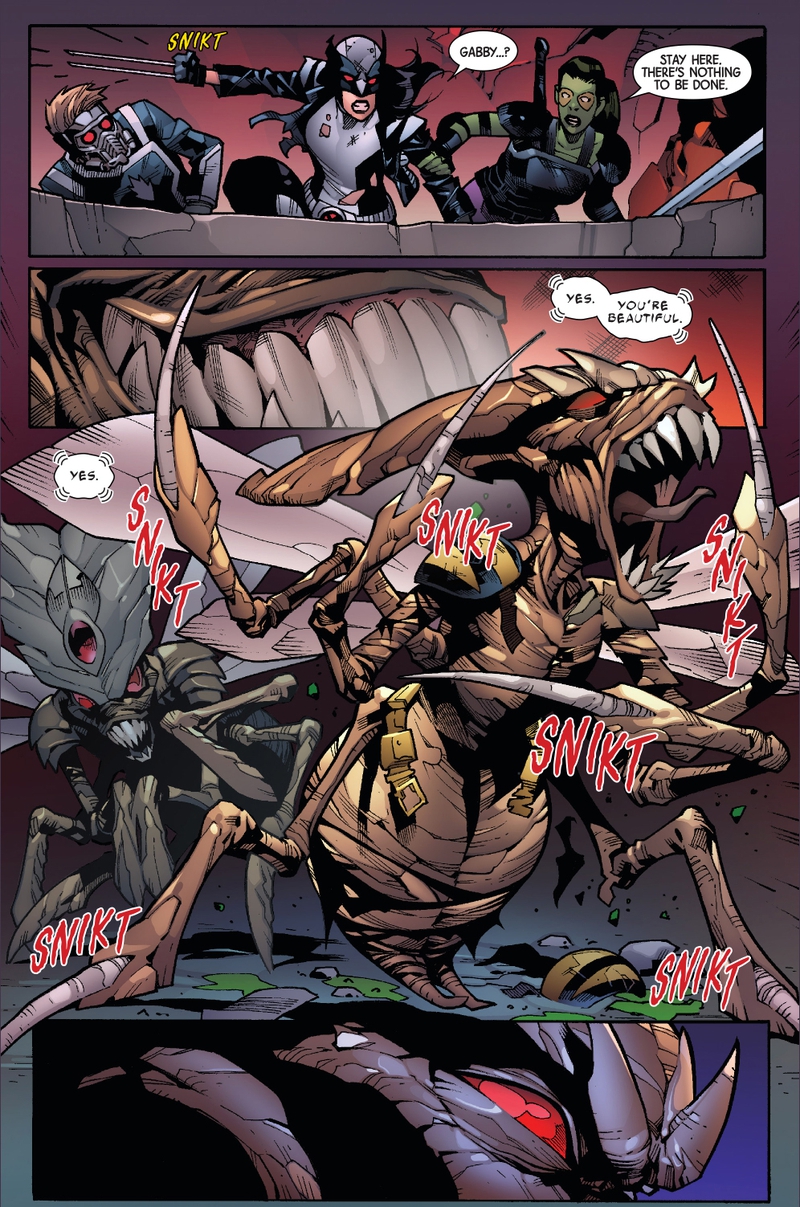 Apart from mutants, the X-Men encounter a variety of terrifying aliens and beings. Most famously, Kitty Pryde met a murderous N'Garai after shortly joining the X-Men. The elder demon attempted to kill her while the other members left the mansion. The xenomorph from the Alien franchise inspired the monster's design and the plot, with the teenager using her powers and wit to kill it. In addition, the Brood takes another page out of the xenomorph's book. The parasitic insect aliens search the universe for suitable hosts before reproducing using the host's body. The Brood is one of the terrifying alien species within the galaxy due to forced reproduction. The name evokes the classic Cronenberg film of the same name due to the themes of parentage and parasitic offspring. They have existed as a genuinely terrifying and challenging group of enemies for mutants to fight. 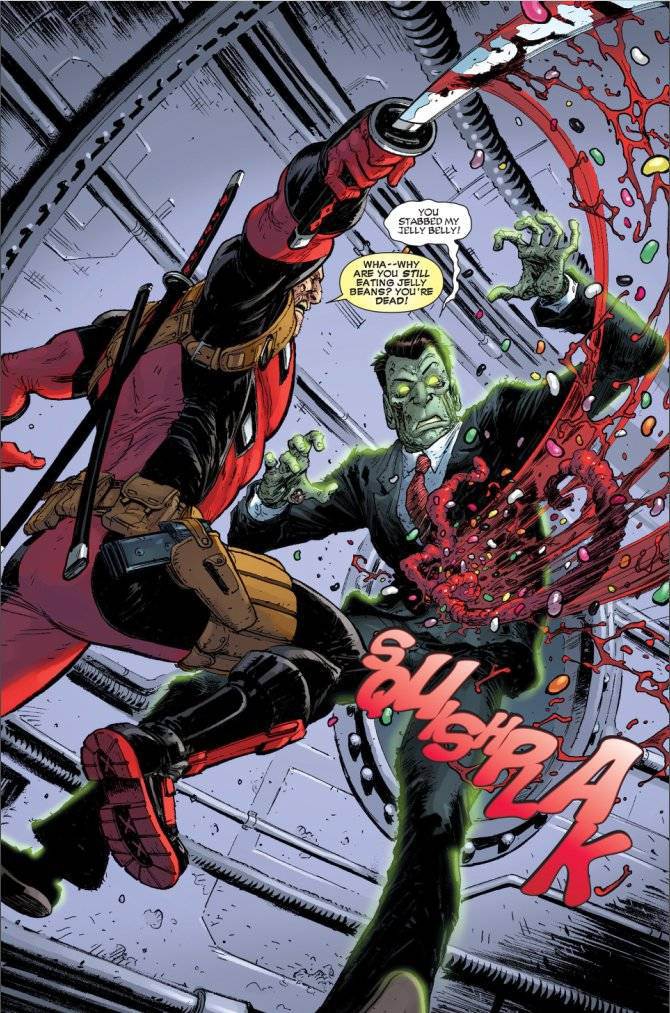 Vampires have also played a role in the series. While wearing a Van Helsing-type outfit, Kitty defeated Dracula with her Star of David necklace. Dracula has popped up several times, including enlisting Deadpool to bring his wife to the count for marriage. Most famously, Jubilee was turned into a vampire in the comics for a reasonable amount of time. Even in the recent Wolverine and X-Force comics, Wolverine has to fight and kill the many inhabitants of the Vampire Nation. Omega Red, a prominent Wolverine villain, also worked as a pseudo-vampire because he relied upon draining humans' life force and mutants due to his Carbonadium implants slowly poisoning him. Selene Gallio has lived for millennia thanks to the ability to absorb one's life force. In addition, her black leather and bondage/lingerie aesthetic evokes that vampiress image. While not a vampire in the traditional sense, she still occupies a similar space, feeding on victims for sustenance.

Although technically not a mutant but a mutate, Deadpool has dabbled with horror elements, like the above incident with Dracula. He even married Shiklah, a succubus and queen of the monsters. Deadpool also starred in the Night of the Living Deadpool series, which essentially has the world overturned by zombies caused by trying to replicate his healing factor. Instead of being turned into a zombie when bitten, the zombie becomes a Deadpool and the world becomes overrun by Deadpool duplicates. In the central 616 universes, he's also fought zombies, killing the recently risen undead United States Presidents. Deadpool losing his limbs and body parts in a traditional horror property would be depicted as quite horrifying compared to the book's humorous portrayal. The line between comedy and horror is blurred when his head separates from his body in the middle of cracking a joke.

Specific horror aspects have helped the X-Men stand as distinct within the Marvel Universe. Especially with over a half-century of stories, there is a deep well for creatives and fans to draw from. The eclectic nature of comics forms layers upon layers that slowly build up over time. It becomes difficult to ignore the horror genes layered within the franchise.