Angel to some, demon to others. Playing with mysterious origins and navigating those massive wings.

Writer's Note: Hello, everyone! The world of horror cinema this last year has featured an array of unforgettable monsters and creatures that left their indelible mark on the landscape of the genre. Before we bid farewell to this year, I thought it would be fun to take some time to celebrate the performers behind these fantastical creatures who were a big reason why their characters made such a huge impact on these films and on us, the fans. We hope you've enjoyed our Monsterpiece Theater celebrations throughout the month, and we look forward to more wonderfully monstrous performances to come in 2022!

For nearly 100 years now, we've seen countless interpretations of vampires brought to life for both the big and small screen. Though we've had countless interpretations of these types of characters, "The Angel" that terrorizes the residents of Crockett Island in Mike Flanagan's Midnight Mass stands out amongst its blood-sucking peers. A silent and vicious giant with an impressive wingspan and a voracious appetite, this not-so-angelic creature from Midnight Mass was played by Quinton Boisclair, who had previously been involved with other genre projects like Channel Zero, the Legion TV series, and Chilling Adventures of Sabrina.

During our conversation with Boisclair, he discussed how Flanagan immediately impressed him at their first meeting for Midnight Mass and his experiences collaborating with legendary movement and acting coach, Terry Notary. Boisclair also chatted about the challenges he faced while contending with the angel's oversized wings, how the makeup helped him become fully immersed in his character, and why he thought that when it came to his character, knowing less about the angel's origins was actually better.

So Quinton, when you and Mike had your first meeting, how did he describe this character to you? I know Mike is someone who doesn't come at anything half prepared, so I have to imagine he probably already knew how this creature moved, how this creature acted, and the physical presence that he was looking for.

Yeah, I remember we went into a meeting room, and we didn't even sit down. He was like, "I have something very exciting to show you." And he pulled out a bunch of the different concept art that had been created for the character and talked about how he imagined it would be. He saw this character as this ancient, angelic, almost demon that has a desire to feed and everything, and I was just immediately blown away. It was surreal. The art on it was incredible; it was this giant gaunt vampire with wings that stretched out, and it looked similar to how it ended up being on the show. Maybe it ended up being a little gaunter, and maybe a bit more feral, but that artwork was incredible. It blew me away.

I know that you're used to the special effects process, but was there anything different in terms of how you prepared for this character versus other roles? Did you get a chance to go in and meet with the effects team early on to get a feel for what this character was going to be like for you physically, or was it a discovery process for you during production?

I think it was a bit of both. I didn't get to meet with the effects team initially just because it was right when COVID was starting to get around. I remember that I was actually at the production studio when they got the call that we had to shut down for several months. But Mike actually got me an acting coach for this role, which was amazing of him. The coach was Terry Notary, and we spent a couple of hours brainstorming what options we had, how he wanted to play the character, its intentionally slow movements, and everything. We figured that the angel knows where it wants to be and knows its surroundings, and it just has this demanding presence in any room. I was amazed at how much progress Terry made with me after just a couple of hours. It was very wonderful of Mike to have Terry work with me, too. I really appreciated it. 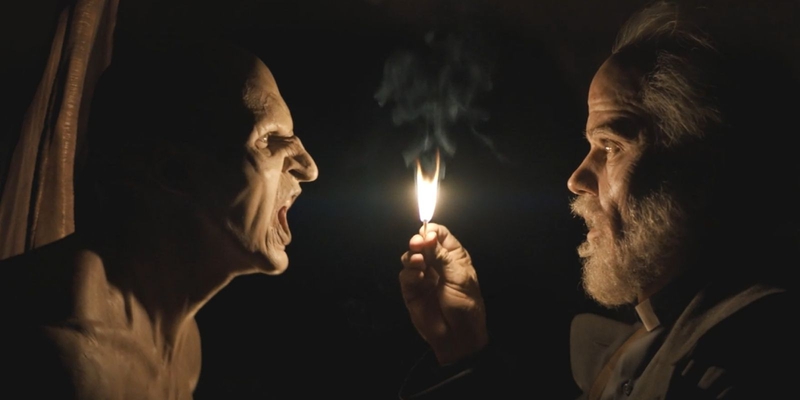 So, once you got into the makeup and everything, how much did that really help you find the stature and the gravitas of The Angel then?

Oh, it was night and day, honestly. As soon as the makeup went on, I would just try and get into the mindset of the angel where I now owned the room. For me, personally, when I have character makeup on, or a costume, it just becomes so much easier to play as the role that I'm currently in. One of my issues as an actor is that I find it difficult to audition because I'm trying to imagine what I'd look like and play into that. But it's always easier when you have all the prosthetics, the costumes on, and everything. I just roll with it when everything is on. It just comes naturally for me; it's easy.

Well, as easy as it was, you still had to deal with those wings, too. Were they challenging to deal with at all?

Well, there were two different sets of wings - three, if you count visual effects. There was one set that was, I can't remember the material it was made out of, but it was much lighter, although they weren't able to move. They were very static. If I were to twist and turn my body, they would flow with me a bit, but there definitely wasn't that range of movement that they were looking for. But for scenes where I would be walking forward or moving around slowly, it definitely gives off a certain shape and looks great on camera. There were other scenes where I had to be rough and tumble with the other actors, and that was where the second set of wings came in, which was puppeteered and much, much heavier. They had these heavy beams going through them, so they weighed quite a bit.

Oftentimes, I found myself in awkward angles for different scenes, so having that all on my back, you definitely have to be in shape and be ready for those moments. The third set was the wings that they'd use for the scenes where I'm flying through the air, or they'd want to have a specific pinpoint movement with the wings, so those are the moments where they needed to rely on visual effects.

From what we can garner from the story, this is a character that has existed for eons. I'm curious if you thought about his backstory at all, or did you embrace the mystery of the angel?

You know, I didn't put too much effort into the angel's origin. I like the idea that it is a mystery, and you don't fully know exactly where it came from. I imagined it as, for whatever reason, it was exiled. Probably because it had the vampiric gene, and at one point, it finds itself in the desert and it's lost in this underground tomb. So it just has to remain there for who knows how long, so it is just starving the whole time. I don't know if it's the progenitor or if it's someone else who was given this power. But I like the idea that it was just starving in that tomb for millennia, and that changes the angel into this beast, where it still has this social understanding of humans, but it's very much now a beast, and it's all about itself.

In terms of seeing the response to Midnight Mass and your character, how has this experience been for you overall? It has to feel good knowing that everything you put into this character really paid off in the end.

It's a wonderful feeling, truly. I really, really enjoyed my time on Midnight Mass. The whole experience was wonderful. I've been in Netflix shows before, but usually, it's playing more minor parts, and this was obviously a lot bigger. I wasn't really ready for all the feedback. Honestly, I didn't know what I expected, it has been a lot, but in a really good way. I've actually received fan mail for the first time, so that has been overwhelming and wonderful. ​​I have really appreciated everything about this opportunity, working with Mike and everyone else on Midnight Mass and all the great things the fans have said. I never expected anything like this, so it's been amazing. 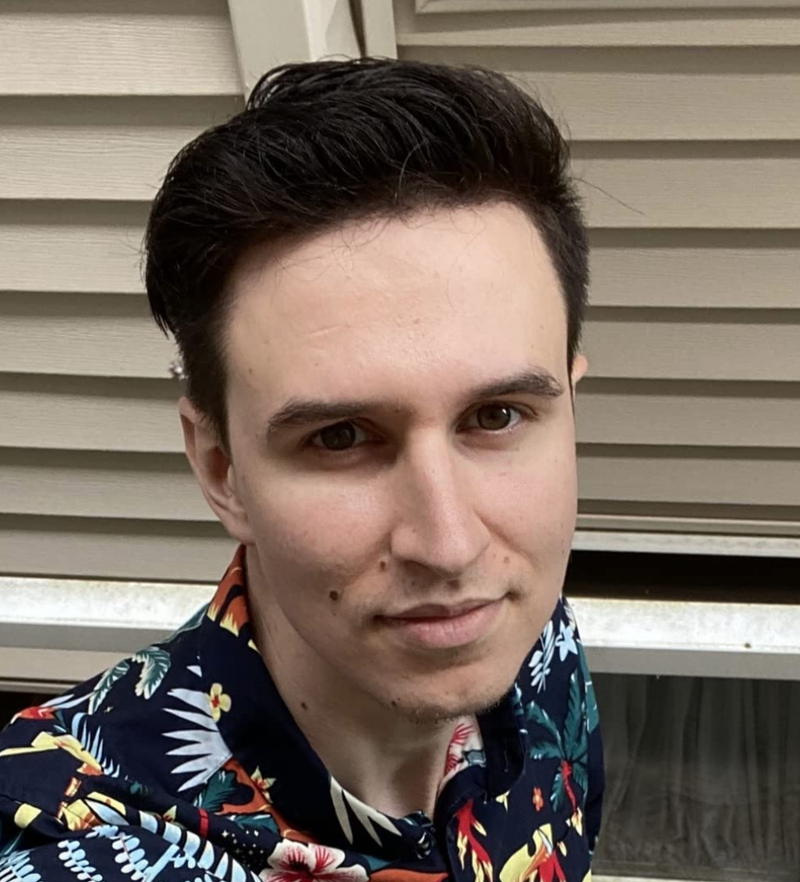 Catch up on the five-part Monsterpiece Theater series here and click below to stream Midnight Mass on Netflix now.