Melissa Barrera: SCREAM 6 Could Be '100 Times Gorier' Than Any Other SCREAM 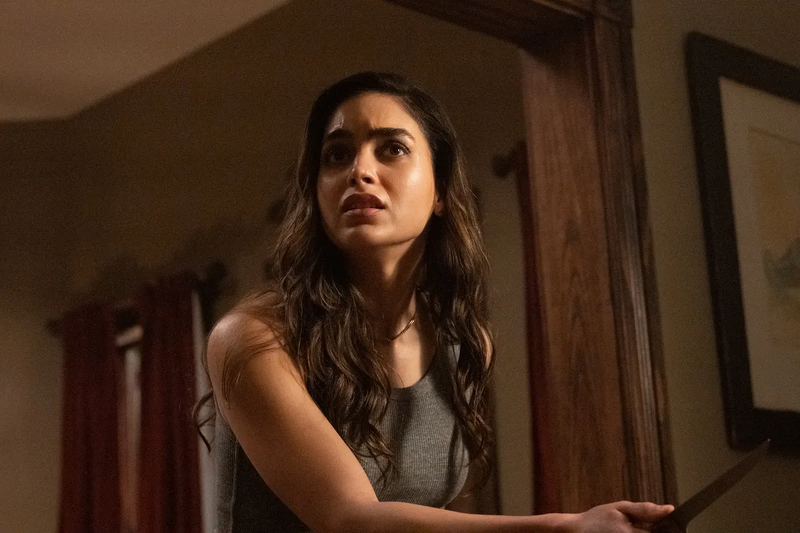 Here's a fun little tidbit about the next Scream: according to star Melissa Barrera, this installment of the series (which, like its predecessor, is headed our way via directors Matt Bettinelli-Opin and Tyler Gillett) stands the chance of being gorier than any previous Scream movie. Bold words!

Barrera suggested as much in a recent interview with Collider, who asked the actress what audiences could expect from Scream 6 on the blood-and-guts front. Responded Barrera:

“There was a saying on set because (directors) Matt [Bettinelli-Olpin] and Tyler [Gillett] were always asking for more blood and more sweat. They always just wanted more. 'More blood spritz' was the saying because they would just always want more. With the last Scream, they were tip-toeing and trying to be very respectful of what the franchise had been, up until that point, and keeping their inner gory dreams at bay. But with this one, they were like, 'We're going all out.' It's potentially a hundred times gorier.”

Of course, Barrera is likely not speaking literally here; we're not actually expecting Scream 6 to be "a hundred times gorier" than any previous Scream. It's certainly fun to imagine such a thing (it is particularly fun to imagine the MPAA reviewing such a film), but the real message here is that Bettinelli-Opin and Gillett are ramping things up for their second at-bat with this franchise, and that's something we can absolutely get excited about.

Bonus: our excitement will be rewarded in the not-too-distant future - the New York City-set Scream 6 is scheduled to hit theaters on March 10th, 2023. The wait's gonna be difficult, but it sounds like it'll be well worth it!

Stay tuned for further updates on Scream 6 as they roll in.