The whole world is gonna know her name. 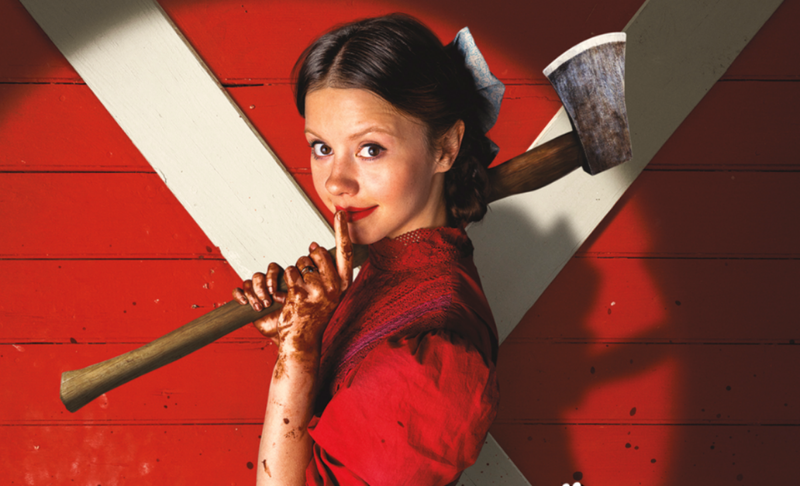 If there was one name on horror fans’ lips in 2022, it was Mia Goth. After starring in Ti West's sleazy slasher X as aspiring actress Maxine Minx, Goth and West rocked the horror world with the announcement that not only was X the first entry into a trilogy - but the sequel, Pearl, was already written, shot and ready to go.

Since X and Pearl both debuted to rave reviews, we've been desperate to find out just how Maxine Minx’s journey continues in the upcoming third film MaXXXine. In a recent exclusive interview with Variety, Goth teased that MaXXXine has 'the best script of all three' and went into more exciting detail about the production of the film:

‘It’s going be the best movie of the three. We’re all so tight now. This is going to be our third movie we’re working on together and everyone’s coming back together, so it’s bringing the band all back together again. We just have a shorthand with each other. We know how everybody works and we’re all so excited. It’s the biggest story of the three with the highest stakes and Maxine has gone through so much at this point. So when we find her in this new world, she’s just a force to be reckoned with and she goes through some pretty wild adventures. ‘

Goth also revealed that filming for MaXXXine is set to start later this year and that she is currently ‘in prep with the script, doing my homework, getting everything ready.’

As if starring in two of the year’s most beloved horrors wasn’t enough, the latter half of 2022 was abuzz with the reveal of the trailer for Infinity Pool, the long awaited third feature from Brandon Cronenberg, in which Goth will be starring alongside Alexander Skarsgård. Described as being filled with 'violence, hedonism and untold horror', the R-rated Infinity Pool will premiere at Sundance later this month. When asked about what drew her to the film, Goth told Variety that;

‘The first thing that had me intrigued about this project was Brandon. I had watched his previous films and was a huge fan of those, and thought he has a really unique outlook on the world. He is incredibly thought-provoking, and with all of his movies it’s not a “lean back and relax” sort of experience. It’s very much lean in and engage, and that’s what I think movies should be. That’s how I think they should be created — to challenge the audience in one way or another. And so I was very excited to receive his script; I received it when I was filming “Pearl” in New Zealand. I was just so intrigued that on my Sunday off I poured myself my cup of coffee and opened the script, and within about four pages I knew that this was something I had to do and be a part of.’

But of course 2022 didn’t mark Goth’s first foray into the horror world; quite the contrary, in fact. Goth's filmography is stacked full of genre fare, including Gore Verbinski's A Cure for Wellness, Sergio G. Sánchez's Marrowbone, Claire Denis' High Life and Luca Guadagnino's 2018 Suspiria remake. When asked about her tendency to be drawn to projects helmed by bold and unique directors, Goth revealed that to her, ‘the director is first and foremost the most important element when I’m deciding which project to do next. If you don’t have total trust in the person leading the ship, then there’s really not much point in being involved in a project.'

This interview has got us even MORE hyped for MaXXXine and Infinity Pool and we didn’t even think that was possible. Read the full interview over at Variety here and check out A24's official MaXXXine promo below;