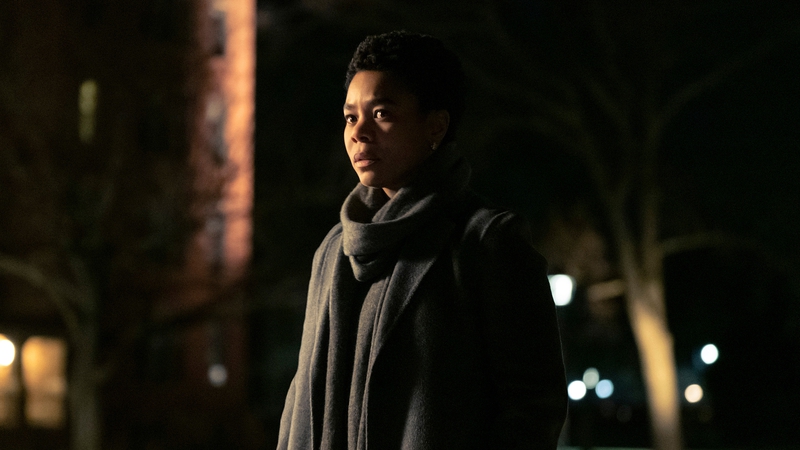 Mariama Diallo’s feature debut, Master, can only be described as the cinematic lovechild of Urban Legend, Suspiria, Candyman, and Get Out; a project that, like Little Marvin’s Them, doesn’t seek to subvert the white gaze so much as directly address it (it is, however, thankfully absent the overt and graphic violence that made Them such contentious viewing). The violence in Master is, at first, of the subtler sort: the hungry gaze of too many white people in a single room, so-called friends who demand the effort of constant performance, sheer presumptuous entitlement. But as tiny terrorisms give way to overt aggression, we see how the experience of such violence is something closer to being haunted; by horrors past, of course, but also by the prospect of a terrifying future, the self reduced to wisp like so much cobweb. The film serves to deromanticize the hallowed halls of academia and in so doing, provides much-needed perspective to those invested in a perception of the academy as some sanctified “safe space” for Black folks. Spoiler alert: it isn’t.

The story is told primarily through the mirrored perspectives of three Black women on an overwhelmingly white campus. Jasmine (Zoe Renee) was the valedictorian of her suburban high school and, as an incoming freshman, one of approximately eight students of color on Ancaster College’s campus. Gail Bishop (Regina Hall), the first Black “House Master” in the school’s long history, is also the sole Black professor with tenure. She’s close friends with Liv Beckman (Amber Gray), the only other Black professor who also happens to be up for tenure at the film’s start. Nevertheless, it is Jasmine and Gail in particular whose juxtaposition serves to elucidate the scrutiny and alienation that accompanies tokenization within a predominantly white space: the endless litany of petty and not-so-petty power grabs, subtle and not-so-subtle threats, the terror of fetishized hypervisibility, of working yourself to the bone and maybe getting what you want, only to find it teeming with maggots. Rotten from the inside. 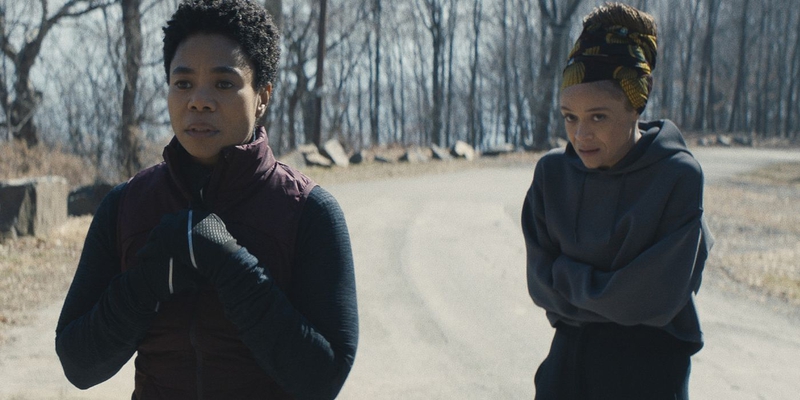 Part of what makes the racist imagination so difficult to combat is that anti-Blackness is itself a form of spellcraft. In an early address to Jasmine’s incoming class, Gail describes the school as being “crowded” with legends, primarily those which serve to further inculcate its reputation for prestige (like FDR’s rumored rejection). But it’s the legend of Margaret Millet, a woman hanged on campus grounds for practicing witchcraft, that crops up again and again. According to the lore- which is to say, as told by upperclassmen- the witch cursed the school and reveals herself to a freshman every year, torturing them into madness before she drags them to hell at 3:33 a.m. on the anniversary of her death. The curse offers a convenient explanation for the student deaths- one by hanging, another that jumped from the window- that took place in Jasmine’s very dorm room, the threat of which proceeds to haunt her.

Gail, too, is met with a perpetual sense of dis-ease and discomfort, first in the home that accompanies her new role and the expectations of the role itself; namely to diversify the college’s image without necessarily changing a single thing about the status quo. As microaggressions escalate and the stakes get higher and higher for all three characters, borders of time, space, the real and imagined fall apart until all that remains is the phantasmagoria of racism- “a ghost you can’t catch”- and the question, “what are we really doing it for?”

Were I writing a scholarly article on the film (and who knows, perhaps one day I will), I’d consider the project an intensely afro-pessimistic work; a devastatingly precise creative demonstration of Frank B. Wilderson’s theories around social death (i.e. The Sunken Place), the endurance of mental-emotional enslavement and slave-owning relational mentalities, and the slave as “perpetual corpse.” It’s an undeniable truth that America and all its hallowed institutions are houses haunted not only by the atrocity of their creation, but the atrocity necessary to perpetuate their reputations of exclusionary prestige. Master confronts the human cost of these institutions and their self-perpetuating narratives directly: who bears these costs, who is sacrificed, and who these sacrifices are destined to haunt.