This summer, we're breaking new ground with the singer and Mike Marino. 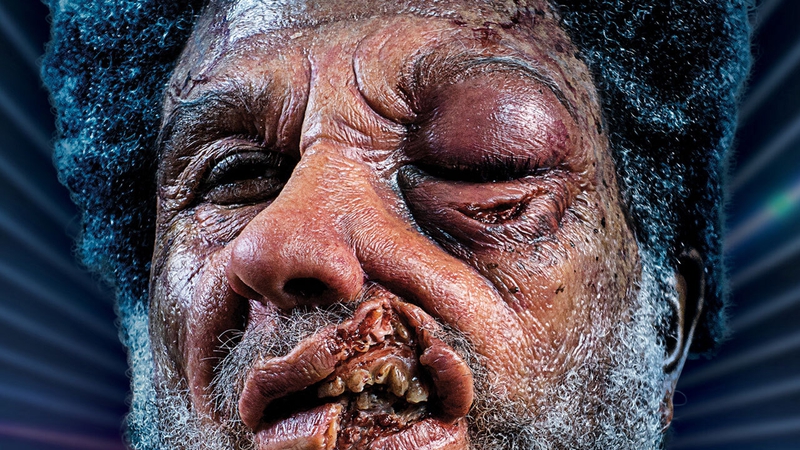 It's (nearly) time! We went a little out of the box for our upcoming summer issue and decided to make history by putting the collaboration between Oscar-nominated makeup FX artist Mike Marino and multi-million record-selling recording artist The Weeknd on our next subscriber cover.

“Mike’s ongoing, mind-blowing work with The Weeknd is one of the most exciting talent/artist collabs happening in entertainment right now,” said Fango editor-in-chief Phil Nobile Jr. “Mike told us about watching ‘The Making of Michael Jackson’s Thriller’ as a kid and wanting to be Rick Baker when he grew up; to see that childhood wish manifest in the form of the great stuff he and his team are doing in The Weeknd’s music videos made this cover choice a no-brainer for us.”

The Weeknd joins the likes of Michael Jackson and Ozzy Osbourne— Jackson’s "Thriller" video was featured in FANGORIA #34 and heavy metal legend Ozzy Osbourne’s “Bark at the Moon” werewolf makeup graced the cover of Fango #35, but The Weeknd has the distinction of being the first pop star to net their own Fango cover story. 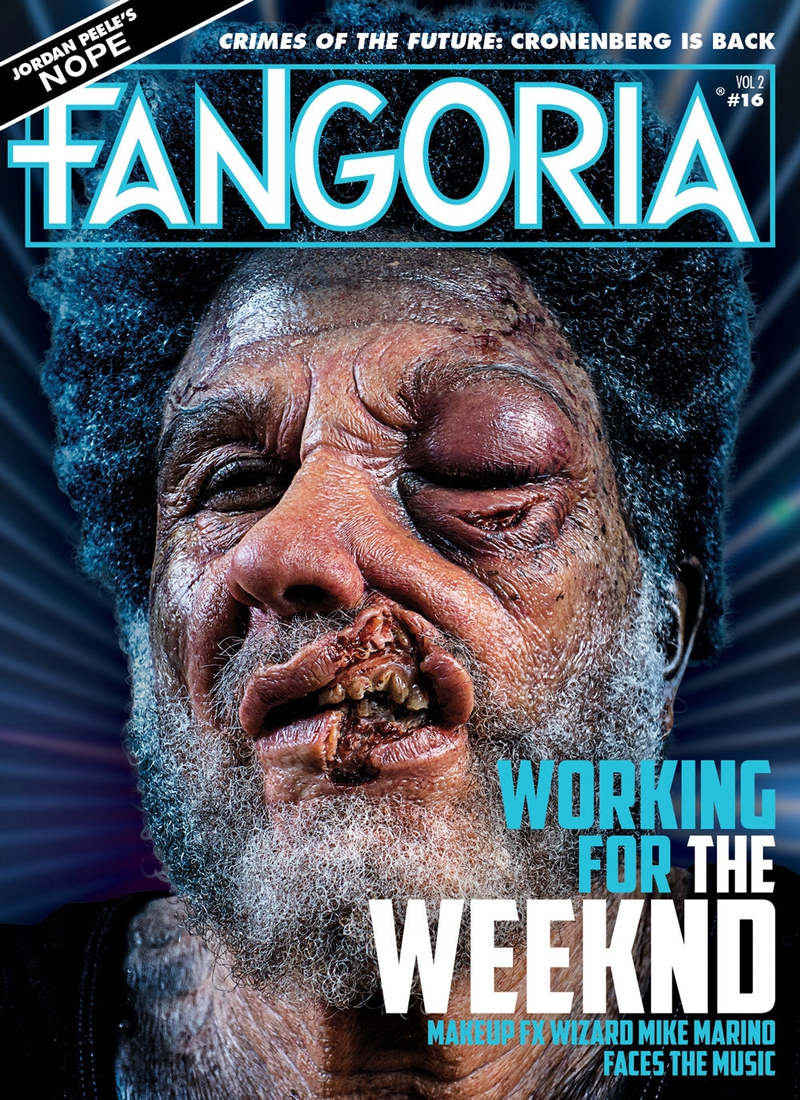 Marino was Oscar-nominated for his work on Coming 2 America (recreating his hero Rick Baker’s work from the original, as well as developing new creations), and his transformation of Colin Farrell as the Penguin in The Batman dropped jaws earlier this year. The ongoing collaboration between Marino and The Weeknd has resulted in absolutely nightmarish videos for "Gasoline", "Save Your Tears", and others that allow for a perfect canvas to showcase Marino's talents.

While we are sworn to secrecy on our Nope coverage, we can promise mind-blowing revelations from writer/director Jordan Peele, as well as an inside look at the “unexpected” collection of minds tapped to bring Nope to life.

The issue also includes coverage of David Cronenberg’s recent Crimes of the Future, an exclusive interview with They/Them writer/director John Logan, a first look at horror anthology Scare Package II, and the debut of a new recurring column: “Slasher Nation,” from author Stephen Graham Jones (My Heart Is A Chainsaw).

Fango’s The Weeknd cover is a subscriber exclusive; readers can subscribe here and use code THEWEEKND to get 25% off a new subscription.