M. Night Shyamalan's KNOCK AT THE CABIN Gets One Final Poster

Y'know, before the world ends. 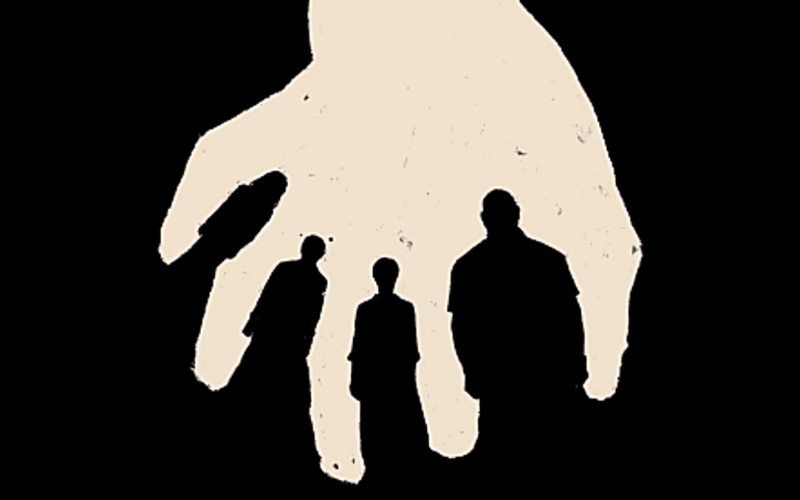 With M. Night Shyamalan's Knock at the Cabin (based on Paul Tremblay's best-selling novel Cabin at the End of the World, in case you hadn't heard) mere weeks away from hitting theaters, the film's marketing campaign is entering its final stages. We've already seen a teaser, a trailer, and a few different posters ... which must mean its time for Universal to drop the "retro" poster for Shyamalan's latest. 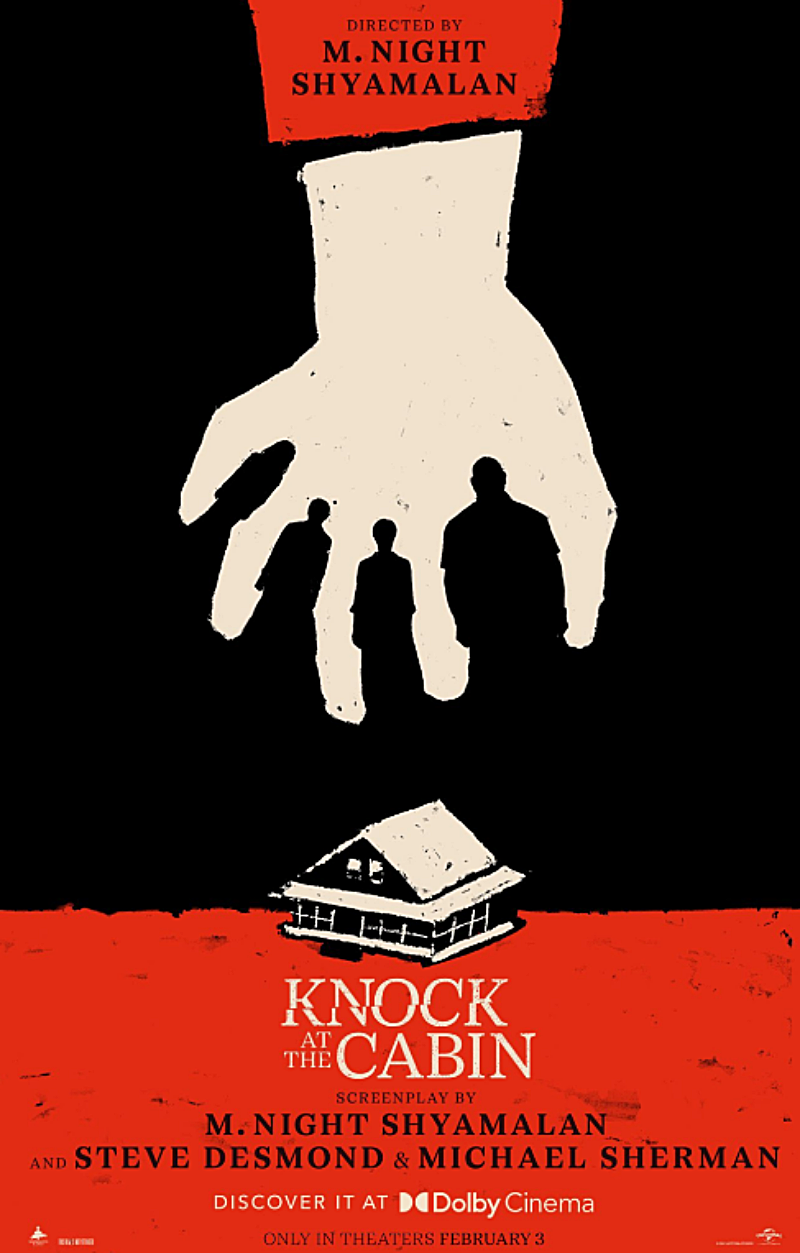 Knock at the Cabin's other posters have, admittedly, been stronger than the usual one-sheets we see these days, but (as has been the case with other "retro" or "less Photoshop, more drawn and impressionistic" posters we've seen in the past) we can't help but wonder why the poster above wasn't the first one out of the gate! We're particularly fond of Dave Bautista's character getting a silhouette that takes up the entire space between the forefinger and thumb of that ghastly hand.

For anyone just joining the Knock at the Cabin conversation, here's an official plot synopsis:

“While vacationing at a remote cabin, a young girl and her parents are taken hostage by four armed strangers who demand that the family make an unthinkable choice to avert the apocalypse. With limited access to the outside world, the family must decide what they believe before all is lost.”

Knock at the Cabin, starring the aforementioned Dave Bautista along with Rupert Grint, Jonathan Groff, Nikki Amuka-Bird (from Shyamalan's previous film, Old) and Ben Aldridge, arrives on February 3rd, which gives you just enough time to read Tremblay's novel - y'know, for compare-and-contrast purposes - when Shyamalan's film hits theaters! Stay tuned for further Knock at the Cabin updates as they roll in, folks. There's probably more where the above came from.