HALLOWEEN KILLS, THE BIRD WITH THE CRYSTAL PLUMAGE and more! 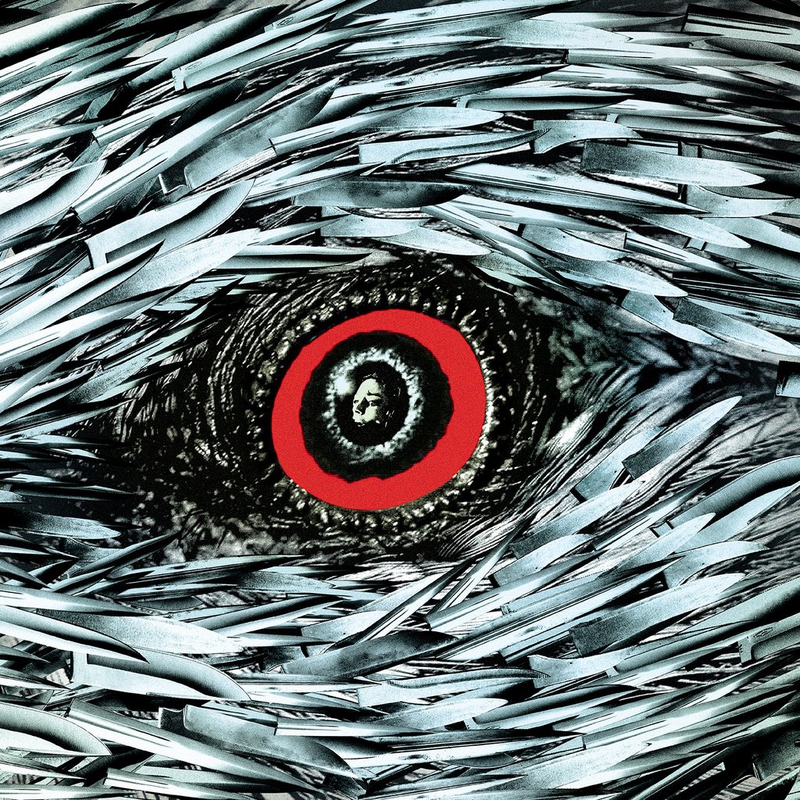 THE BIRD WITH THE CRYSTAL PLUMAGE from Mondo and Death Waltz

November is the time to put away all of those Halloween decorations and bring out Thanksgiving (or even Christmas) decor. Accordingly, no further discussion of Spooky Season will be permitted! Okay, just kidding; at FANGORIA, it's always Spooky Season — and anyway, more and more seasonal changes feel like they're something dreamt up by the Gregorian Calendar Industrial Complex. But if you haven't gotten your fill of horror-related music, or you're already brainstorming ideas for holiday gifts for your nearest and dearest, there are some great new and recent options to fatten up your soundtrack and score collection.

The first selection in this month's column is a title I've been eagerly awaiting: Mondo and Death Waltz' deluxe edition of Ennio Morricone's score to Dario Argento's The Bird With The Crystal Plumage. If you're a fan of Argento's films or Morricone's music than you more than likely have at least a few cues from this score, one of the many he did in the 1970s; but this clear double LP release not only offers a remastered version of Morricone's original score, but another ten cues previously unavailable on vinyl. The fact that it's packaged in a foldout foil-embossed sleeve only ensures that it looks as good as it sounds. Morricone's score strikes a sort of perfect balance between the lush music of much of his '60s work, the lounge cues that have been collected and compiled into cocktail party music for hipsters (like me — no dis), his rock & roll spaghetti western stuff, and then the discordant, experimental work he did with Gruppo di Improvvisazione Nuova Consonanza, an avant-garde free improvisation group he was a part of from 1964 to 1980.

To be perfectly honest, the latter group's albums aren't something I do or would listen to frequently; somewhat predictably, their noisy jumble is either too sophisticated or too much of an "acquired taste" no matter how much you might love Morricone. But integrated into a score like this as a cue to evoke anxiety, fear or psychosis, it's a perfect complement to the rest of the music, which ranges from summery bossa nova ("Non Rimane Piu Nessuno") to choral harmonies The Byrds would have killed for ("Piume Di Cristallo"), to chilling vocal performances by his longtime collaborator Edda Dell'Orso ("L'Uccello Dalle Piume Di Cristallo.") In the case of the latter, you might initially have trouble determining whether they're the sounds of someone making love or getting murdered, but either way, you'll never forget it after you hear it. 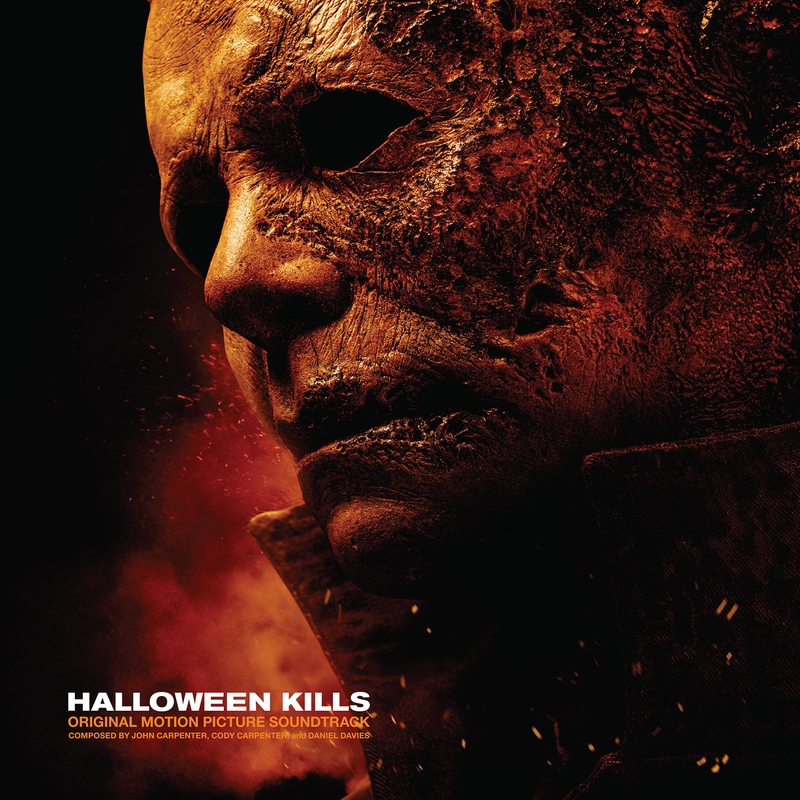 On the other end of the spectrum, there's John Carpenter, Cody Carpenter and Daniel Davies' score for Halloween Kills, which I might argue is one of the most important aspects of the sequel, and on LP either from Waxwork or Sacred Bones, certainly a worthy addition to the filmmaker and composer's contributions to this indefatigable franchise. Truthfully, I don't have any idea how much actual effort Carpenter puts into these tracks — respectfully, Davies and his son Cody are standing on the shoulders of giants in terms of an absolute (and perhaps literal) murderer's row of iconic themes — but in just the first four tracks, the trio hustles through the main titles and three other familiar cues to immerse the viewer in a world they cannot escape and yet never want to leave.

Carpenter and his collaborators' reimaginings of those themes are mostly satisfying. They slow down some of the more melancholy cues into funeral processions and play with tempos and time signatures to create new momentum and moods. But the handful of themes that digress from the familiar material end up being the most exciting as Carpenter incorporates instruments like guitar that skillfully (and thankfully) avoid nu-metal meanness, instead communicating the presence of a deadly evil force that's always just around the corner. If, like Halloween II, it's a slightly, perhaps unavoidably derivative exercise after the vitality and excitement of its predecessor, Halloween Kills nevertheless captures a similar energy and keeps listeners — and audiences — on the edge of their seats. 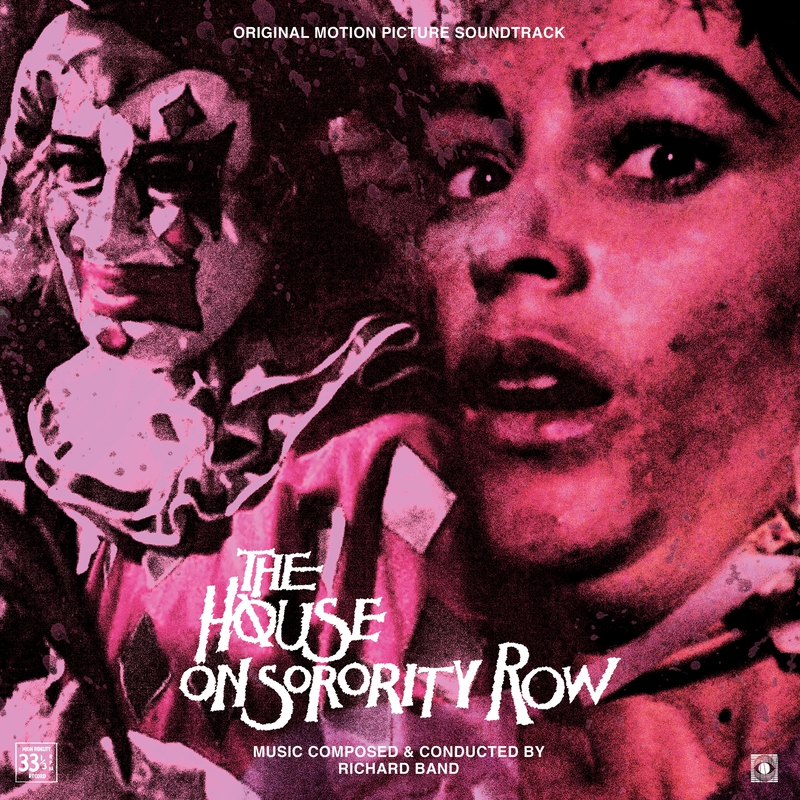 Meanwhile, there's Richard Band, an institution in a different way than either Morricone or Carpenter. He's neither the experimenter that his Italian predecessor is nor an incisive minimalist like Carpenter, but his music in many ways embodies the horror music of the 1980s. Piggybacking simultaneously on the leitmotifs that John Williams somehow made into boilerplate leading into and during the era of Amblin, and paying homage to the composers that were Williams' (and even Morricone's) contemporaries; even though the score that Terror Vision released just recently (and I'm discussing here) preceded it, Band's more or less indisputable breakthrough was Stuart Gordon's Re-Animator, which borrowed liberally from Bernard Herrmann's Psycho score and then added a pulsing backbeat. But his music for The House on Sorority Row is equal to what he did later, offering a surprisingly lush, orchestral backdrop for Mark Rosman's slasher film.

I don't mean at all to minimize Band by calling him a slightly "budget" version of the era's name brand composers — not just Williams, but Jerry Goldsmith, whose Poltergeist score sometimes feels like a distant influence — but he really creates something special with this score that genuinely transcends the slasher subgenre, especially for 1983, when it was in glorious full commercial swing. Tracks like "Jeannie's Flight" use traditional arrangements to evoke urgency, intensity, and anticipation, then veer into an odd, wonderful little digression as far-away female vocalists repeat a refrain that conveys a haunted despair. But if this score lacks the catchy themes of his other work (much less of other horror films of the era), its consistent high quality is a perfectly good reason to check it out, or even pick it up on LP. 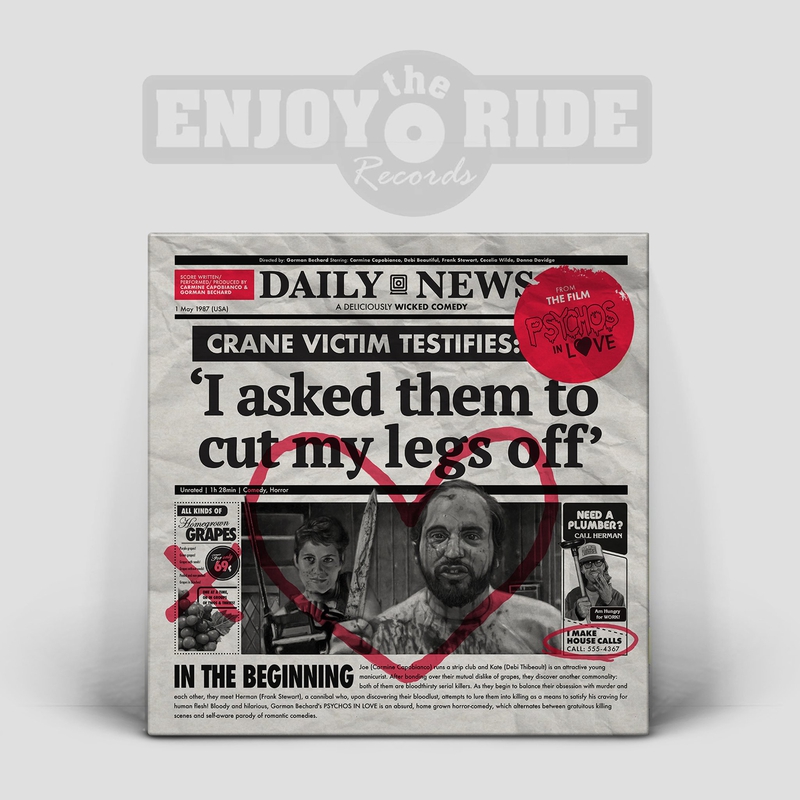 If Richard Band is still a little bit too polished for your tastes, then check out Enjoy the Ride Records' soundtrack to Psychos in Love, by composer Carmine Capobianco, who co-wrote the film with Gorman Bechard. It's hard to describe this film in terms of its scale to the others covered this month; it's not quite Troma-level goofiness, but it's significantly less, well, professional than virtually any aspect of House on Sorority Row — which is also part of its charm. As resistant to kitsch as I typically tend to be, this record manages to be remarkably charming, not the least of which because of the addition of snippets of dialogue, and a scrappy kind of simplicity on tracks like "Movie Trailer," where Capobianco uses buzzing synthesizers to try and generate an urgency and mood that the film's budget can't afford.

Ultimately, this record feels more a product of its era than any of the other records here, not the least of which because of the pumping vintage drum machines on "Bar #1," or the punky grooves of "Photo Gallery #1." Capobianco doesn't quite have Carpenter's gift for cutting to the bone with his menacing synthesizers, but he creates a fuzzy atmosphere that sounds like a slightly more playful version of Jay Chattaway's score for Maniac. That he poaches Williams' iconic, building theme from Jaws on "Photo Gallery #2" as Kate (Debi Thibeault) prepares to off one of her nail salon clients feels like a nice bit of zeitgeist-y fun, but as Capobianco capitulates to melodies and rhythms that sound like they were created more by the Midi keyboards he used than his own creativity, the score embraces its basement-budget origins for an experience that keeps the listener engaged, whether or not they're scared or even disturbed by the movie itself.

These four titles really run the gamut of what's available these days, catering to buyers looking for classics, old-school oddities, or just wanting fresh new sounds. In which case, these may or may not be records you necessarily want to listen to together to maintain a consistent mood, but as far as well-rounded record collections go, you could do worse than picking up several of these at once.