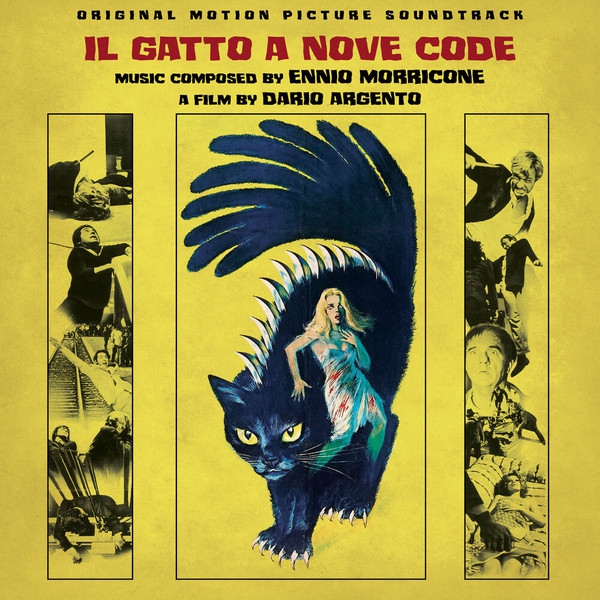 It's finally (already?) December, and now feels like it would be a good time to put together some sort of gift guide, or perhaps an end-of-year list of the best releases of the last 12 months. We aren't doing that — I mean, I could recommend a few titles that are must-haves in either category — and in fact, this month's column is going to test the boundaries of what movies even qualify as horror. Nevertheless, there are also some real-deal horror soundtracks to choose from, but in advance of whatever holiday you may be celebrating, check out some great new titles that are at least worth a listen. 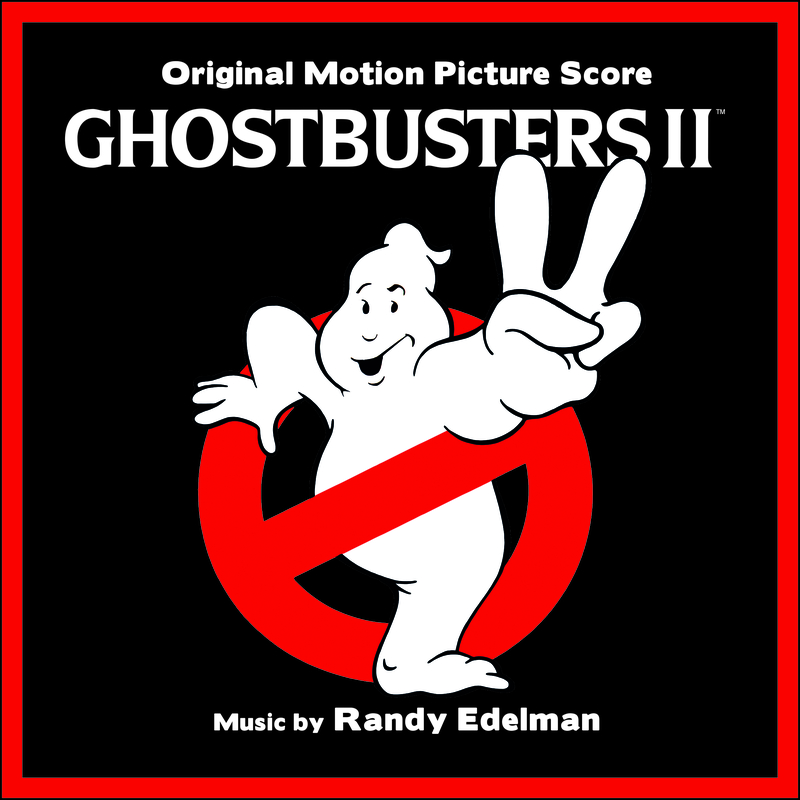 I'll start with the real gauntlet-thrower: Ghostbusters. It seems very much like people cannot come to a consensus on whether the original film is a horror movie, a comedy, an adventure, or something else. (The answer, of course, is that it's a comedy with horror elements, but let's not entirely disavow those who feel differently of their wrong opinions.) Personally, I feel like the clues all seem laid out pretty clearly in Elmer Bernstein's iconic themes for the original film, which strike a precise balance between the menacing presence of Gozer and the ragtag efforts of the 'Busters to stop it (and not be dismissed as charlatans). But in August, Sony Classical released the score for the first time for Ghostbusters II — not to be confused with the A+ soundtrack, featuring Bobby Brown's "On Our Own" and Doug E. Fresh's sublime "Spirit" — and it doubles down on this comedy-horror dichotomy in a way that feels irrefutable.

Perhaps it's because I never paid much attention to the film's score that I only recently realized that Randy Edelman replaced Bernstein on Part II, but the undeniable shortcoming of this music is that none of it revisits the cues of its predecessor. Edelman is a gifted composer, but his work feels like it's there to fill space instead of providing a musical backbone for the movie, and each track feels slightly more generic than the previous one. Consequently, this release, which Sony evidently issued on both CD and vinyl, is definitely for completists only. 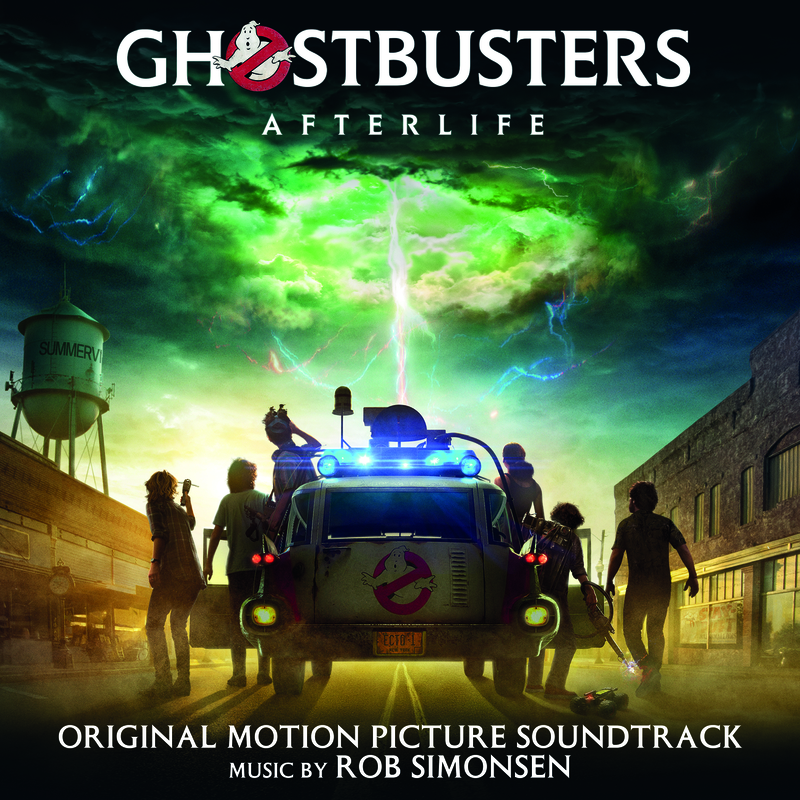 On the other hand, there's Rob Simonsen's score for Ghostbusters: Afterlife, which feels like it's been reconstituted from snippets of Bernstein's original music. (Of course, the whole film almost explicitly functions that way, so it's no surprise, but the fact that many young people seeing Afterlife know nothing of the first film makes this noble effort slightly less meaningful.) After studying the original score closely, Simonsen deploys the same melodies and orchestral arrangements in new ways, albeit to a much different effect than Bernstein's music had. For better or worse, the original Ghostbusters was something of an unprecedented creative endeavor, irreverent and creepy at the same time; because Afterlife is an Amblinesque nostalgia trip, the shuffling piano and theremin-like ondes Martenot (performed by the same musican, Cynthia Millar) are instead used to tug at the heartstrings and create, well, some real feelings. Whether or not it works is up to each viewer, but Simonsen's work splits the difference between homage and "update" in a way that, for me feels clever, but also calculated. 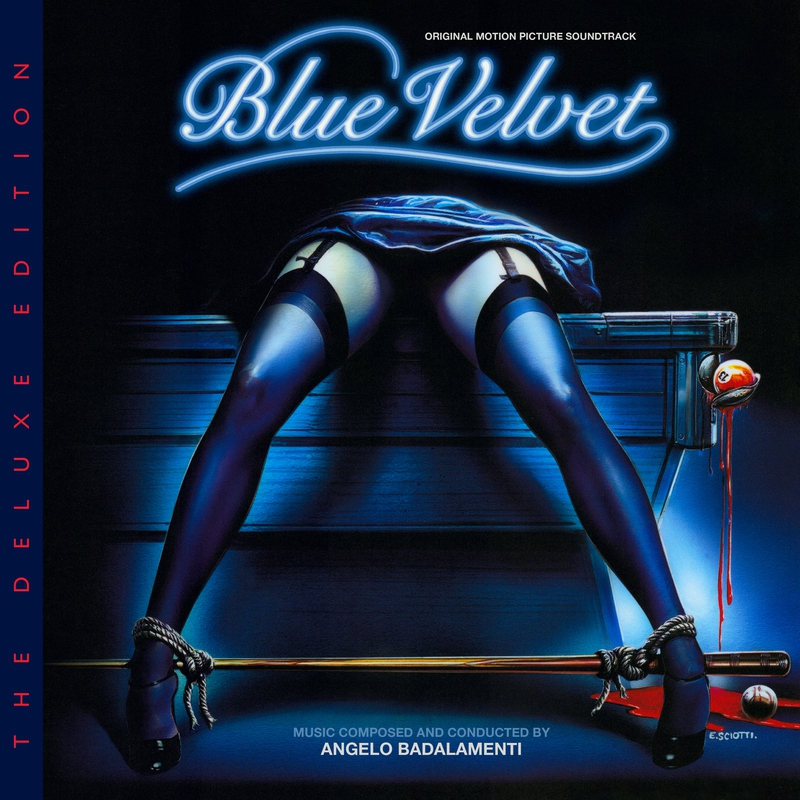 With that subject summarily resolved, the next title for consideration is Blue Velvet, which like almost all of David Lynch's other films, refuses to fit comfortably within the dimensions of a particular genre. Nevertheless, Angelo Badalamenti composed an extraordinary score for the film, and Varèse Sarabande released a new deluxe version on CD that includes an entire extra disc of cues along with the original tracks. The first disc is great — this music has been largely unavailable for so long that just getting the original soundtrack makes it worth purchasing — but it's the second, labeled "Lumberton Firewood," that makes this a truly definitive release. Not only are there some 34 new tracks, including a handful of alternate takes that were used in the film but not on the album release, but many of them are little stings and punctuative compositions, and they're reminiscent of a lot of the library music that George Romero used for Dawn of the Dead in their narrow, very precise evocation of a tone or feeling.

And finally, of course, there are also the amazing songs by Bobby Vinton, Roy Orbison and Julee Cruise that have become synonymous with the film. In fact, given that this was released right now on CD, it seems reasonable to assume that someone may do so on vinyl in the not too distant future, but if you cannot wait and need it immediately, this release comes with a comprehensive collection of cues inside some of the most amazing cover art I've ever seen for the film.

Last month we were lucky enough to cover a score by Ennio Morricone, and we have another to enjoy in December with Rustblade's gorgeous vinyl edition of Il Gatto A Nove Code, better known in English as Cat' o Nine Tails. Housed in a gatefold sleeve that comes with a miniature recreation of the movie's poster, the presentation is by itself pretty irresistible; but Morricone's score takes you on a hypnotic journey into the mysterious and dangerous world of the film. Morricone's gift was to compose tracks that you might never know came from a horror movie if you heard them on their own, but in context seems absolutely perfect, starting with the title theme "Ninna Nanna In Blu." From there, he dives into discordant, unsettling compositions that, on one track configure his musicians into a ghostly chorus, and another, serve up bass lines that could serve as spines for forgotten funk gems if only the musicians settled into a consistent groove.

It would appear that there might be a fiftieth-anniversary version forthcoming from another distributor that features additional, unused cues and more expansive thematic suites, so definitely keep that in mind if this is already a personal favorite. But Rustblade's terrific single-LP edition offers more than enough creepy fun for the casual-to-mid-level Morricone fan looking for a physical copy of this gem from the earlier days of Argento's career. 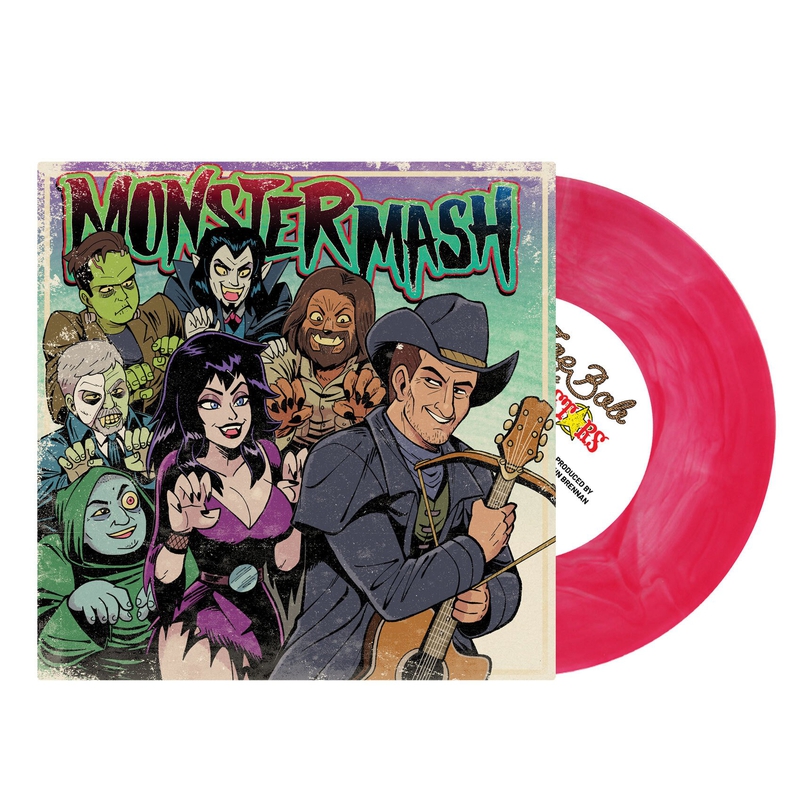 There were a handful of other titles I hoped to receive in time to check out for this month's column, but in their absence, we'll conclude with a record that isn't especially scary, but it's a whole lot of fun. The good people at Ship to Shore Phonograph Co. have released a 7" single by the group Joe Bob & The Lone Stars, a half-joking supergroup led by the Shudder host and supported by no less than horror composer Fabio Frizzi, My Chemical Romance rhythm guitarist Frank Iero and Rob Zombie bassist Piggy D. Admittedly, the group aims for some low-hanging horror fruit on Side A with a scrappy cover of "Monster Mash" — a solid version but the song only offers so much room for improvisation. But Side B features "Zombie Jamboree," a bluesy cover of a woefully underappreciated calypso song that started in 1953 as "Jumbie Jamberee" but evolved into a celebration of the undead. I think even Joe Bob would never suggest he could fill Harry Belafonte's shoes on the track, which is one of Belafonte's signature songs, but this feels like the right track at the right moment for listeners searching for new tracks to put on their annual horror/ Halloween mixes.

Ship To Shore covers a lot of musical territory as a label and has released some great scores, including Dead & Buried and Maniac Cop, but this scrappy 7" not only feels like a wonderful throat-clearing exercise both for them and their listeners, but a just-predictable-enough wrap-up to a year of scores, soundtracks and horror-related music that lets us all dance our way into 2022. Hopefully, even one or two of these releases will stuff your stocking the right way, but if nothing else, they're a terrific stopgap as the new year promises to bring much more to scare us and our sound systems.