Let's Get Weird With It: An Unseen TEXAS CHAINSAW MASSACRE From Chop Top Himself!

Cutting into the Bill Moseley penned treatment for a would-be sequel we haven't seen... yet. 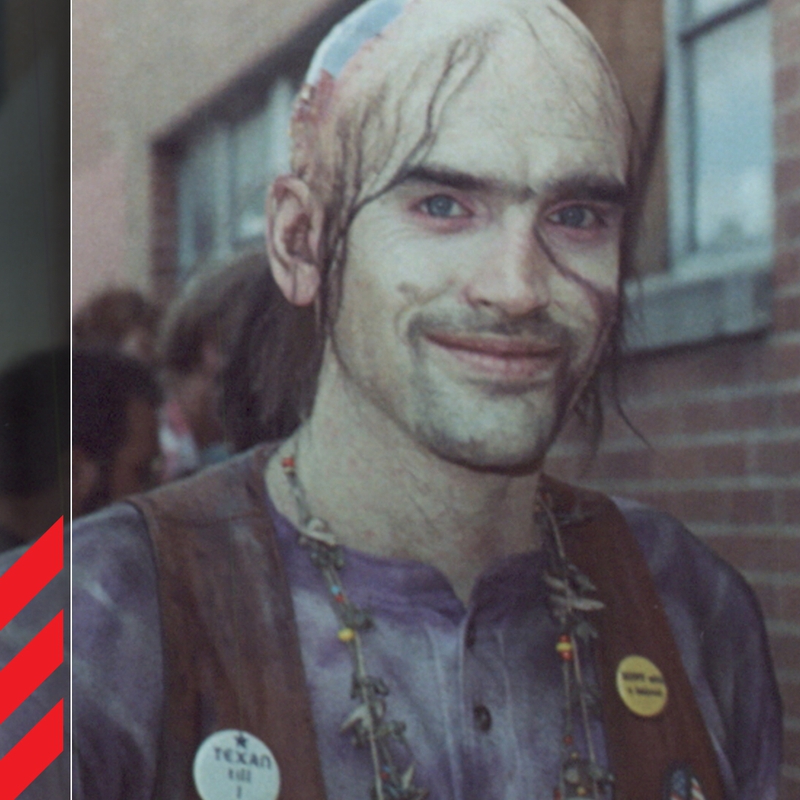 Today, the world will be treated to the ninth Texas Chainsaw Massacre movie, but - as is often the case - it will function more like a second film in the series, acknowledging Tobe Hooper's landmark original film but ignoring the others. There are many reasons for this total disregard for anything resembling continuity, chiefly among them the series' habit of constantly changing hands from one film to the next, all but forcing a reset as the rights to any specific characters are tied up elsewhere (and on occasion, the people playing those characters become Oscar-winning A-listers). 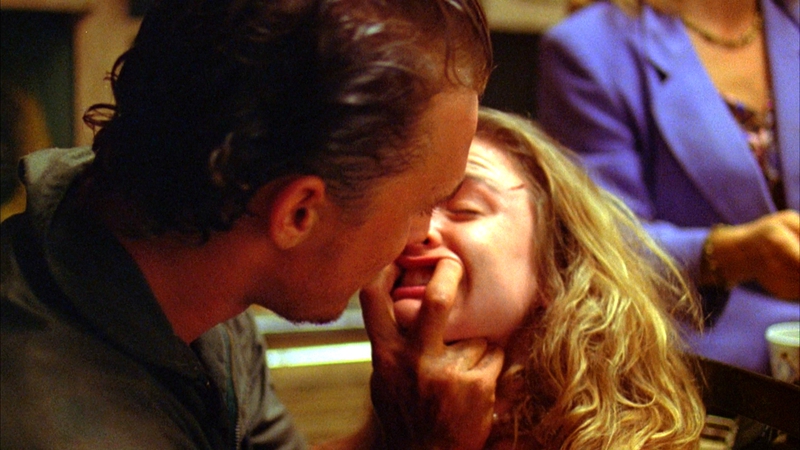 Whatever the reason, by this point… it's something we're just used to; it'd almost be weirder to have a new film with strong ties to one of its other follow-ups. Leatherface tends to be the only connective tissue among the films; this new one's revival of Sally Hardesty (albeit with a new actress as the OG, Marilyn Burns, passed away in 2014) is an incredibly rare instance of anyone beyond the marquee villain making a return. 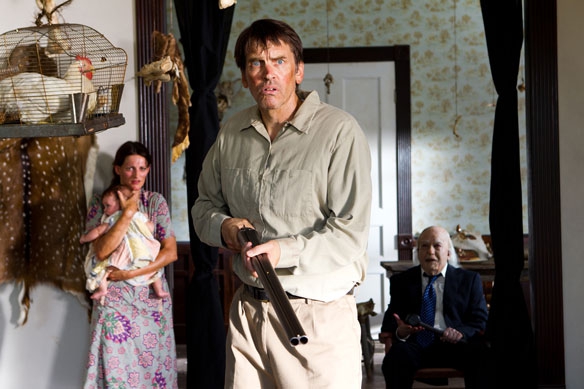 But if you ask any fan who else they'd like to see return, I'd be willing to bet a BBQ dinner that a majority would choose Chop Top, the outlandish, endlessly quotable character introduced in 1986's Texas Chainsaw Massacre 2, who was played by Bill Moseley in one of his first roles. Moseley has since gone on to become horror royalty, with choice roles in Army of Darkness, Repo: The Genetic Opera, where he gets to show off his song and dance chops (Moseley is also a talented musician), the underrated Night of the Living Dead remake, and - of course - as Otis Driftwood in Rob Zombie's Firefly Family trilogy. But his lone return to the Texas Chainsaw franchise was in a brief cameo as Drayton Sawyer in 2013's Texas Chainsaw 3D, honoring the late Jim Siedow while also honoring his own history with the franchise (Gunnar Hansen and Burns also appear in the film, albeit as different characters than they most famously played). 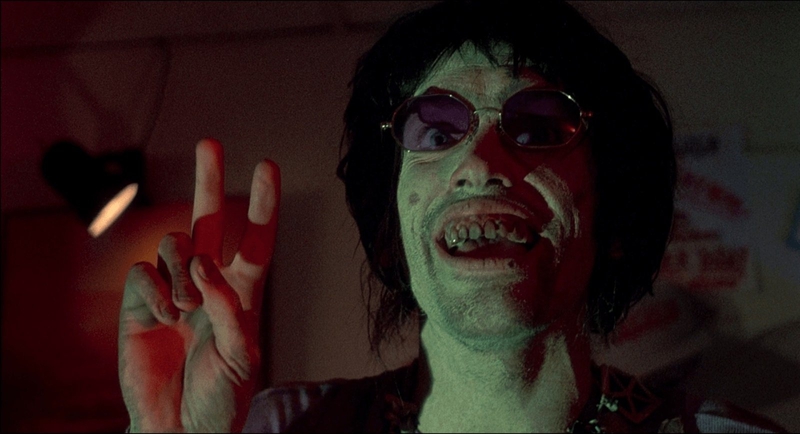 However, if things had gone differently, he would have been much more involved with the series' post-Platinum Dunes revival, as the actor penned a treatment for a would-be sequel in 2010. For those uninitiated, a treatment is something like a cross between a synopsis and a full-blown script; they can run anywhere from 5-30 pages on average, depending on how much detail the writer opted to include (ideally it'd be something that could be used in a pitch, so if it goes too long it might be unruly). It will include the major characters and all of the important beats, maybe even a few lines of dialogue when appropriate, but also leaves room for things to be added/embellished so that changes can be made early rather than try to force them in later and screw everything up (like, perhaps, deciding at the 11th hour to have an iPhone-driven sequence in a movie that should be set in the mid-1990s - just a totally random example I thought of for some reason).

As there was a lot of online discussion about the series' many narrative dead ends, the actor mentioned his treatment and was kind enough to share it with FANGORIA to show what he had in mind. His story would focus on Axel, a young drifter who is roughed up by some Texas good ol' boys and, desperate, finds himself recruited by "New America," a group promising hot meals and a bed in exchange for some manual labor. Along with a few others (Charley, Alice, Bones, etc) Axel gets on a bus that takes them to the work farm, which - no surprise given what franchise we're in - turns out to be a meatpacking plant. Meat for pet food, specifically, a pretty great gag that also adds to this series' curious habit of getting away from true cannibalism whenever possible. Anyway, it doesn't take long before some of the group start poking their noses where they don't belong, and eventually they (sorry) "meat" one of the plant's less-seen employees: Leatherface himself. 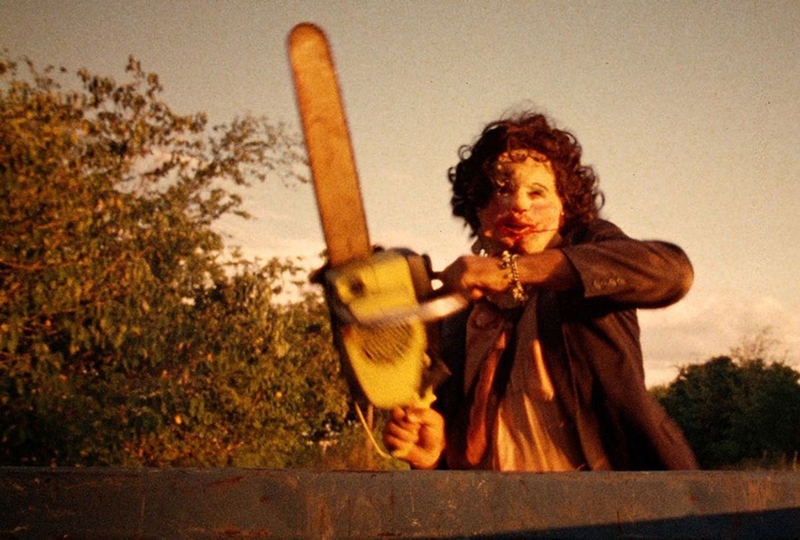 The big guy doesn't actually show up too much in this treatment, and curiously, Chop Top doesn't appear either, though, given the broad strokes, it's possible he could have been worked in later. But there is an obligatory "crazy" type in the form of Ruffles, and there's an older character referred to as The Founder, so it's possible Moseley could have played either of these characters instead (again, given the series' tangled legal history, it's possible Chop Top is unavailable to be revived, and for what it's worth he was seemingly killed at the end of TCM2 - not that such things can't be ignored!). Moseley also introduces a pair of female villains: Violet (a young woman said to be beautiful and "matronly"), who recruits the employees, and Mrs. Body, a scary woman with a "frighteningly large head", both of whom provide some nice balance to the often male-heavy family units in these films. 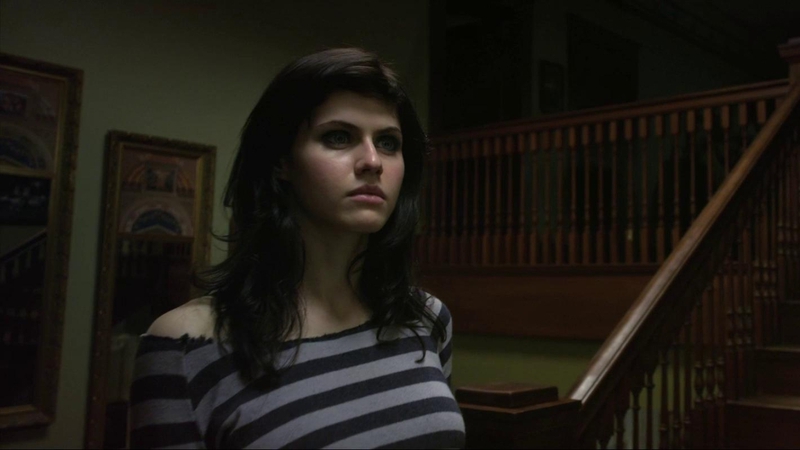 It's a pretty short treatment, so it's hard to judge how it would be as a film, but what's there is certainly more interesting than TCM3D ended up being, which dropped all of the family members (save Daddario, who only knows the connection in the film's final moments) in favor of focusing on Leatherface. Moseley was clearly aiming to return to the tone and "warped family comedy" elements of the first two films, offering a balance between the first one's genuine terror (one character is killed by embolism with an empty needle, a personal fear of mine that would upset me to watch more than anyone being chainsawed) and the whacked-out humor of the second film. One key bit involves the oblivious recruits being led in a conga line into a vat of disinfectant before being divvied up between those who will become lobotomized employees and those that will become Friskies - I love that! Even the Sawyers worry about diseases! 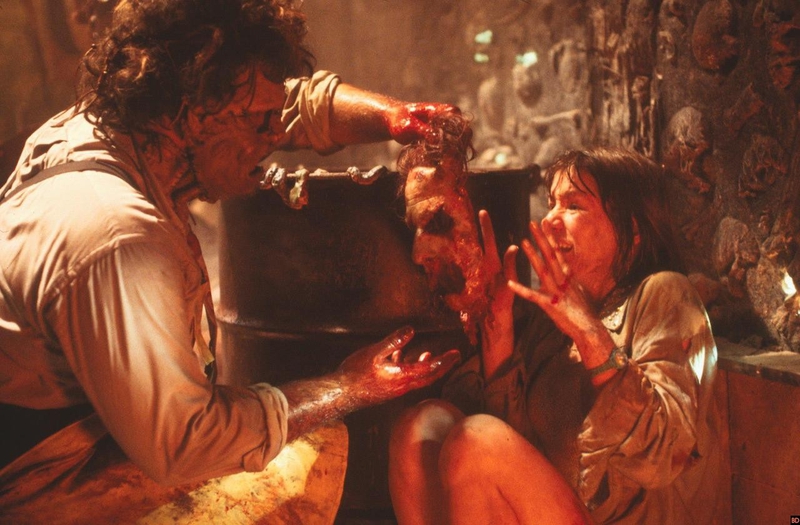 Luckily, being that this is Texas Chainsaw Massacre, it presumably still has a chance to be made someday, as it's not like continuity ever matters in these movies (there is nothing in the treatment to suggest it takes place after any specific entry; it's vague enough that it could even be used as a total remake). And now that it seems its days as a mainstream theatrical franchise are over (this new film went straight to Netflix after toying with a theatrical release, and the previous entry didn't fare much better), it seems to me that going off in unusual directions like this is the way to go. There's no need to attempt to win over the mall crowds when it's not competing with the comic book movies at the multiplex, so they might as well cater to the dedicated (and ever forgiving) fans of this wacky franchise. If you ask me, the best way to do that is to get a little weird and give us more of that TCM2 flavor most of us have been craving for over 30 years. And who better to do that than Chop Top himself?