Krysten Ritter Attached To GIRL IN THE WOODS

CryptTV's cult horror creature short is getting an 8-episode series. 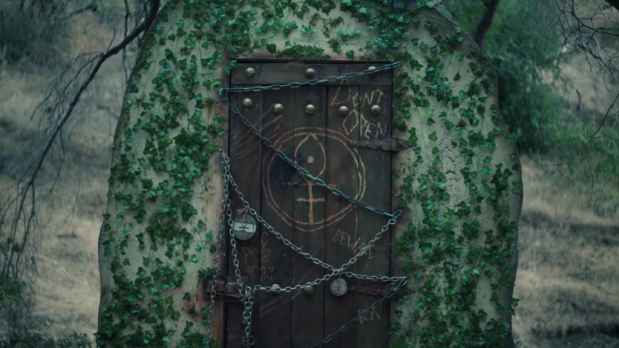 CryptTV's THE DOOR IN THE WOODS.

In 2018, CryptTV released a short horror film titled The Door in the Woods and followed it up with a sequel, The Girl in the Woods, as part of their Monster Universe, and now NBCU's streaming service Peacock is ordering an 8-episode series of the latter, dropping the "the" and just calling it Girl in the Woods. And actress Krysten Ritter, who previously directed an episode of her Marvel TV series Jessica Jones, is set to direct the first four episodes! Come Play's Jacob Chase will direct the last four, and The Birch's Casey Modderno will serve as head writer.

Set in the Pacific Northwest, Girl In The Woods follows Carrie’s escape from her mysterious, cult-like colony that guards the world from monsters hidden behind a secret door within the woods.

Crypt TV was launched in 2015 by Jack Davis and filmmaker Eli Roth with Blumhouse Productions as an investor. Its monsters have spawned five original series on Facebook Watch including The Birch and feature in Netflix anthology series Don’t Watch This. The Girl in the Woods deal is the company’s biggest since launch...

“As a huge fan of horror and all things coming of age, this is one of the most exciting pilot scripts I’ve gotten my hands on.  I fell in love with the characters, the writing, the setting, and the themes the second I read it,” added Krysten Ritter. “I also loved Crypt’s original short The Door in the Woods and the universe they are building.  I’m so thrilled to have the opportunity to helm this badass female driven monster hunting series with Jane Casey Modderno, Crypt and Peacock.”

The adaptation will have an all-new cast, and it's unclear if Ritter will star, as well. You can dive into the CryptTV Monster Universe here. Below, watch the supercut of CryptTV's The Door in the Woods and The Girl in the Woods: