Kirby Is Back! Hayden Panettiere Signs On For SCREAM 6 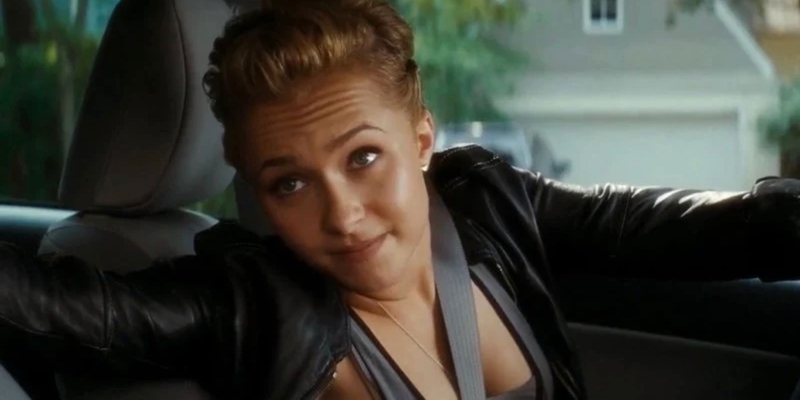 Get in, loser we're joining the latest sequel.

The Hollywood Reporter announced Hayden Panettiere has closed a deal to reprise her role as Kirby Reed in the latest installment of Spyglass Media and Paramount Pictures’ Scream. Panettiere starred in Scream 4 as horror-movie obsessed Kirby, giving even our beloved Randy Meeks a run for his money on the cinematic trivia front.

There has long been speculation as to Kirby's ultimate fate as we see her take a blade to the gut at the red right hand of Rory Culkin's Charlie Walker as he delivers a one-two punch punctuated with, "This is making a move." Kirby collapses to the ground clutching her abdomen as incel Charlie stalks off into the house to wrap up the rest of the plan, and that's the last we ever see of Kirby.

Presumed dead, sure, but it's rather open-ended as to whether or not Kirby is on the long list of Ghostface's fatalities or makes it out alive, and it's been a long-standing fan theory (hope!) that Kirby survives. Kirby served as one of the mega-fan easter eggs in Scream (2022) in the form of a YouTube page spotlighting confirmation that "Kirby Reed did indeed survive and is being interviewed by our friends at Bloody Disgusting." And while we appreciated the confirmation (Kirby lives!) and nod to this fan-favorite, we are happy to see Kirby returning as more than an easter egg for astute eyeballs.

Yesterday we learned the latest installment “continues with the four survivors (Melissa Barrera, Jasmin Savoy Brown, Mason Gooding, and Jenna Ortega) of the Ghostface killings as they leave Woodsboro behind and start a fresh chapter.” Radio Silence returns for the upcoming sequel, Matt Bettinelli-Olpin and Tyler Gillett are back as directors with James Vanderbilt and Guy Busick co-writing the screenplay.