This oughtta be interesting. 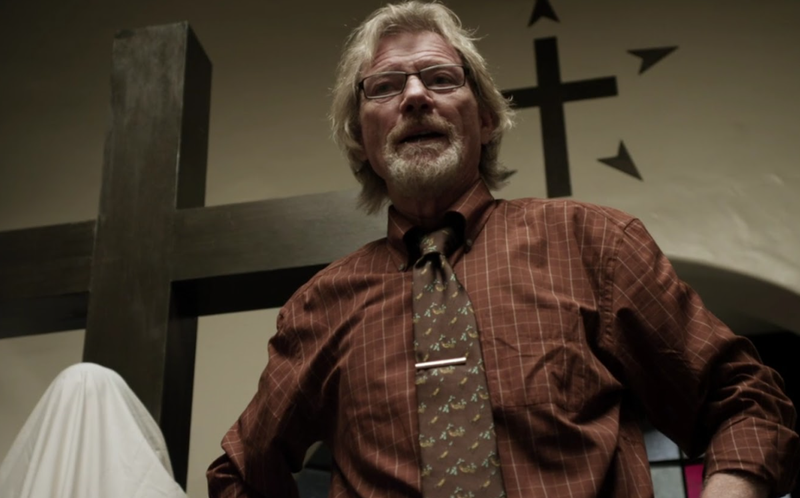 Kevin Smith swung through Austin, TX last night, hosting a special screening of his Clerks III at the historic Paramount Theater, and while speaking to the audience after the film, the filmmaker dropped something of a bombshell: he and Lionsgate are moving forward with a sequel to 2011's Red State.

The news comes to us from Slashfilm, who had reporter (and FANGORIA contributor) Ryan Scott on the scene. Here's what Smith had to say about how the ball got rolling on Red State 2:

"The good folks at Lionsgate who financed this fucking motion picture [Clerks III], they put out Red State on DVD like years ago. And the deal lapsed, and the people that own Red State, the two financiers, weren't from the world of film. One was from the world of fashion, one was a Canadian financier not even in the world of film. So, when Lionsgate reached out about renewing, they got no response back from the copyright holders. I could tell them as much as I wanted till I was blue in the face. Like, 'No, renew it!' But I didn't own it. They did. So it just fell into a spam folder and fucking fell out of circulation..."

"Because we did [Clerks III], we were talking to go home video. [Lionsgate's] like, 'Hey man, how come you guys wouldn't re-up Red State with us?' And I was like, 'They still didn't get back to you?' [Lionsgate] goes no, we been trying for fucking years. So we put it all back together and shit.

"They were like, if we do this, would you do it again? And I was like, yeah, in a heartbeat. [...] I mean, obviously, Michael Parks is gone. But it's just a story of crazy people with guns and shit like that. As long as I could use John Goodman again, I could make a hundred fucking Red States. And I'm like, let's do it. So we're gonna make one."

So, if we're parsing that correctly, a series of miscommunications and/or missed messages conspired to cause Red State to fall out of circulation on DVD, and in the process of rectifying that situation, Lionsgate and Smith also decided to make Red State 2. Michael Parks is, indeed, no longer with us, but perhaps this time around John Goodman's ATF agent can enter a battle of wills with a different violently unhinged man of God. Lord knows we got plenty of those around.

Red State was a divisive film upon its release in 2011, due largely to its ending. It will be very interesting to see if Red State 2 goes in ... oh, let's call it "the opposite direction" this time around.