We had our own theories but Peele probably knows better than we do. 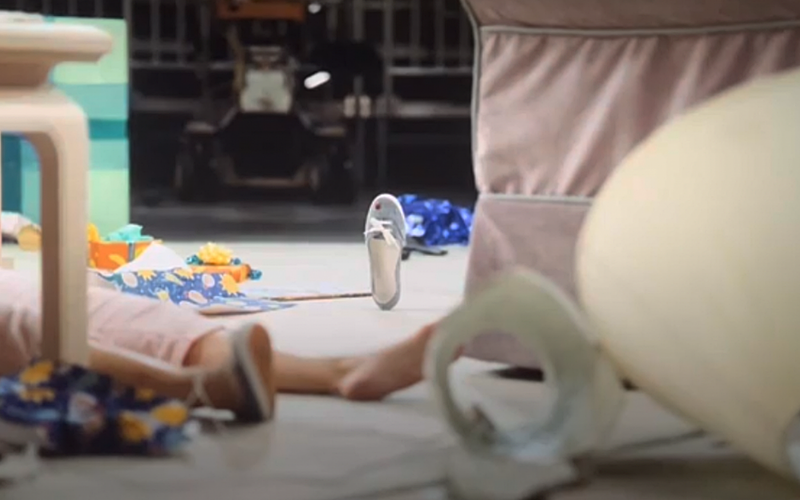 Listen, I'll just come right out and say it: I'm not what you'd call a "smart" guy. Show me a movie where some of the symbolism and metaphors are left open to interpretation, I'm likely to work it all out over the space of a few viewings, but I've never been the type to have it all figured out on my first. No shame in admitting that, and certainly no shame in admitting it in the face of a movie like Jordan Peele's Nope, which even the sharpest among us would agree requires a bit more decoding than the average horror film.

After several viewings of Nope (and, yes, after reading no small amount of online commentary on the film, all of it essayed by people far craftier than this writer), I'm confident I've got a strong handle on what Peele was aiming for. But until today, I still wasn't clear on one thing: What the hell was going on with that discarded, impossibly-balanced shoe in the film's horrific opening sequence? I had theories, but nothing that seemed quite right.

Well, today, thanks to Josh Horowitz's Happy Sad Confused podcast, we've got a firm answer. Peele appeared on a recent episode of that long-running show, and when asked about the meaning behind that shoe he had the following to say:

"The shoe represents a moment of where we check out of a trauma. And Jupe, he zones in on this little shoe, that's Mary Jo's shoe, that has landed in a precarious, odd situation. And this is the moment that he disassociates. So the shoe for me is in essence, in one way it's the impossible shot. That's an impossible moment."

...okay, so it turns out I was probably overthinking that one.

Of course it's meant to be the "impossible shot" that so many of Nope's characters end up repeatedly referencing later in the film. In those conversations, the term is being applied to OJ and Em's attempts to score an on-the-record glimpse of Jean Jacket, the billowing sky-creature that serves as Nope's UAP (UFO if ya nasty), but it all makes sense now! Maybe you had this all figured out on your first viewing, friends, but not this dum-dum.

Anyway, we thank Josh Horowitz for getting to the bottom of this one for us, and can't wait to decode whatever madness Peele puts onscreen next (so far there's no official announcement regarding the filmmaker's next project, but we're hoping to hear something on that front sooner rather than later). Stay tuned for updates on whatever that turns out to be as they roll in, gang.