INTO THE VOID: This Year Could Use a Big Horror Event Movie

And there are a few contenders… 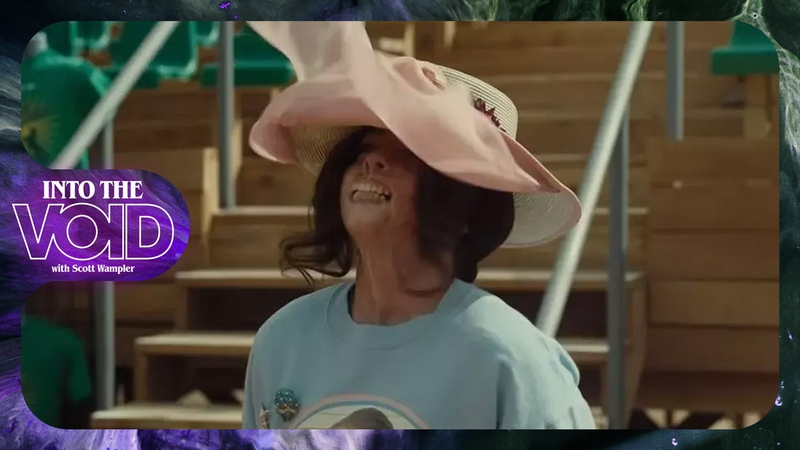 Earlier this week, I made one helluva new moviegoing memory. And, yes, this will work its way around to horror eventually, but bear with me as I set this up properly …

When I was born, my pops felt compelled to give up what had, until then, been one of his wilder hobbies: He’d become an amateur pilot, and liked to tool around the sky in little two- and four-seaters as a means for (I assume) adventure and relaxation. Following my birth, the hobby took on a different risk level, and my dad decided to give it up – but he never seemed to lose his taste for flight. Just a few years later, he saw a film that instantly became his all-time favorite movie: Tony Scott’s Top Gun.

Over the decades, my old man would go on to collect new copies of Top Gun (and, yes, Lawrence of Arabia, his other “favorite movie”) whenever a new format came along, dutifully filing them away on his all-too-limited movie shelf and waiting to open them until he was ready to take to the skies with Tom Cruise’s Maverick again. When I eventually got into the film blogging industry (RIP), he’d occasionally ask if Hollywood would ever produce a Top Gun sequel, and for a long time, I had to give him the same song and dance: “I mean, maybe? Haven’t heard anything about one but a good rule of thumb with these kindsa things is to never say never!” He’d shake his head in wonder that it was taking so long and say, “Well, just keep me informed, I guess.” 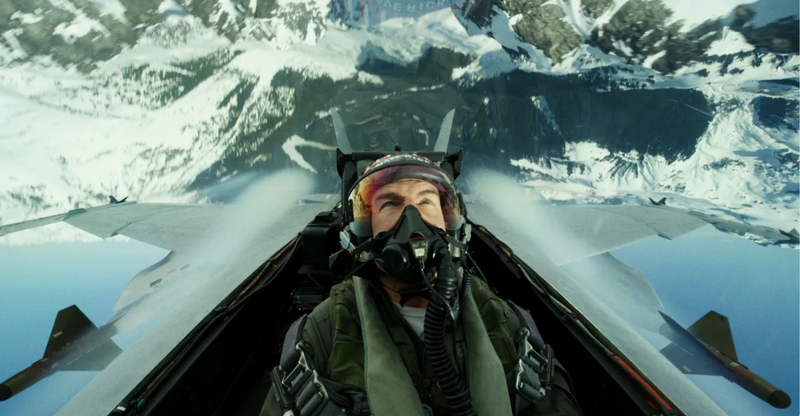 Eventually, they did make a Top Gun sequel, and on Monday I had the distinct pleasure of taking him to see it. He’d been keeping an eye on the reviews and the film’s projected box office throughout the weekend, and when the movie began, he was visibly stunned to be watching it. After Top Gun: Maverick’s brief opening-credits aircraft carrier montage, he turned to me and – in a flagrant violation of the Alamo Drafthouse’s “No Talking” policy – whispered, “It’s finally here!” He looked like a ten-year-old boy in that moment, his heart positively exploding with pure joy. I’ll never, ever forget that. Instantly one of my favorite moviegoing memories, and (speaking as someone who’s spent the vast majority of their life going to the movies as often as possible), that’s saying something.

The whole thing got me thinking about big-ass event movies, the sorta thing where the all-important four quadrants are being reached via the biggest budgets, casts, and most spectacular VFX possible. These days, I thought, that mostly means superhero movies (the discussion I witnessed online in the wake of Maverick’s success, as to whether or not all those ticket sales could be chalked up to a populace thirsty for non-superhero spectacle, struck me as a discussion worth having), maybe the occasional blockbuster family film that’s got something for everyone. But then, I wondered, when’s the last time a horror movie reached that “event movie” level? Something with huge buzz behind it, a killer cast, and the full force of a studio behind it?

Of course, my mind immediately went to Andy Muschietti’s It: Chapter One, the $700M+ box office behemoth that dominated the back half of 2017. Despite earlier rumors that the studio wasn’t entirely thrilled with the film, they seemed more bullish about it once the film’s first trailer arrived and set the internet aflame. By the time it hit theaters, it was primed to explode, and explode it did: Here it was, as strong an adaptation of King’s It (well, half of it, anyway) as we’re ever likely to get, with appeal across entire generations and an iconic villain/creature at its center. Folks showed up in droves, and every one of the screenings I attended (one of them a “Clowns Only” screening at the Drafthouse, which I hosted, required all attendees to arrive dressed as clowns) was downright electric. I felt the same vibe in that theater watching Top Gun: Maverick earlier this week.

Other horror movies came along that were sizable hits following much buzz – the first A Quiet Place, the newly rebooted Halloween – but I’d argue that they didn’t quite provide that same event movie feel (not to me, anyway, but of course I’m writing subjectively here). No, the next time I felt that electric vibe came in 2019, with the arrival of Jordan Peele’s Us. This was Peele’s follow-up to his galvanizing debut horror feature, Get Out (2017), and people seemed fucking hyped to find out what he’d cooked up this time. Were reactions to Us as “universally” positive as they were on Get Out? Perhaps not, but when Us arrived, it felt like a goddamn party. 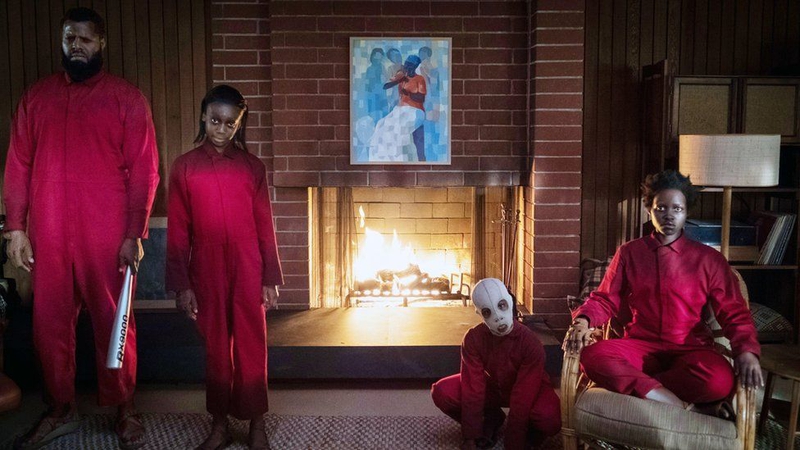 Worth remembering here: before Us arrived, we knew next to nothing about the film. It appeared to use body-double horror as its big hook, what with the footage of the Wilson family being menaced by exact clones of themselves, but to what end? What’s the deal with the scissors? Why’re those folks in red jumpsuits? What the hell does Tim Heidecker have to do with any of this? Us keeping its secrets safe, on top of serving as the follow-up to Get Out, created a perfect storm of hype that resulted in a $70M+ opening weekend – the second-best opening for a wholly original live-action feature since James Cameron’s Avatar.

Which brings us to 2022 (yes, 2020 and 2021 happened, but let’s not kid ourselves that, for the bulk of that two-year period, “event movies” were very few and far between; of course, we were all excited for – and loved! – the new Scream and Leigh Whannell’s The Invisible Man, but both were hampered in their own ways by ongoing COVID-related bullshit), where it’s a bit safer to head to theaters and audiences are clearly hungry for big, crowd-pleasing entertainment. Is it possible that one of this year’s horror offerings will fill that role? I think it is, and there are a few contenders. In fact, wouldn’t ya know it, one of ‘em belongs to Peele! 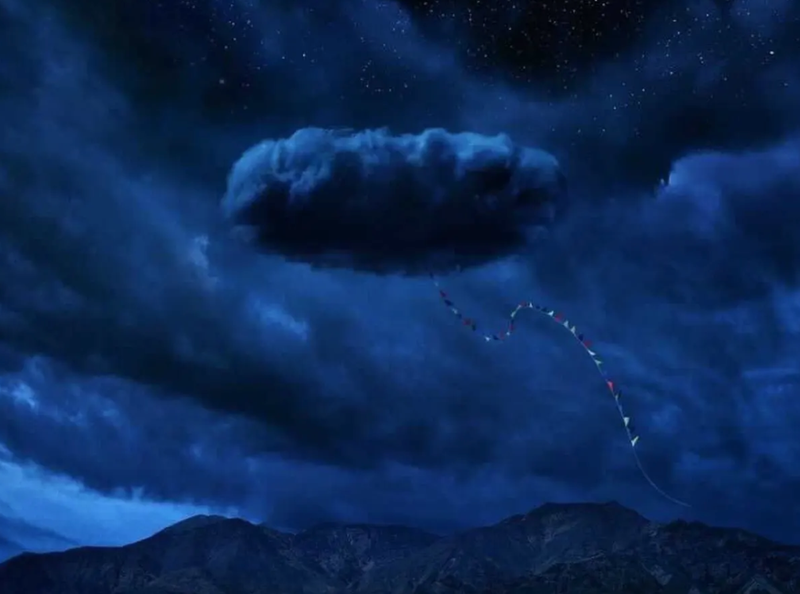 That’d be Nope, the director’s latest at-bat. This one’s been playing its cards as close to the vest as Us did, offering very little for hyped audiences to go on behind “This one has something to do with aliens” (or, “We really want you to think this one has something to do with aliens but this is Jordan Peele we’re talkin’ about here, so don’t be surprised if that gets twisted somehow along the way”). Been a while since we’ve had a big, scary movie with an extraterrestrial bent, and with Peele at the helm, it’s likely to be something very special. Will this one have that same opening-weekend party atmosphere that Us provided? I’d be stunned if it didn’t. For many people I know, this is the most anticipated movie of summer 2022.

But wait, there’s more – we’ve also got Gary Dauberman’s ‘Salem’s Lot on the September horizon. Here’s another case where an iconic Stephen King property is getting the high-roller treatment on the silver screen, and the rumblings I’ve heard about Dauberman’s film indicate that he pulled it off. If Hollywood looked at what happened with Morbius and decided that meant that audiences and critics were burnt out on vampires, well, here’s a perfect opportunity to put a stake through that argument’s heart (I think we can all agree that “vampires” were not the sticking point some audiences had with Morbius, starring Jared Leto as Dr. Michael Morbius). 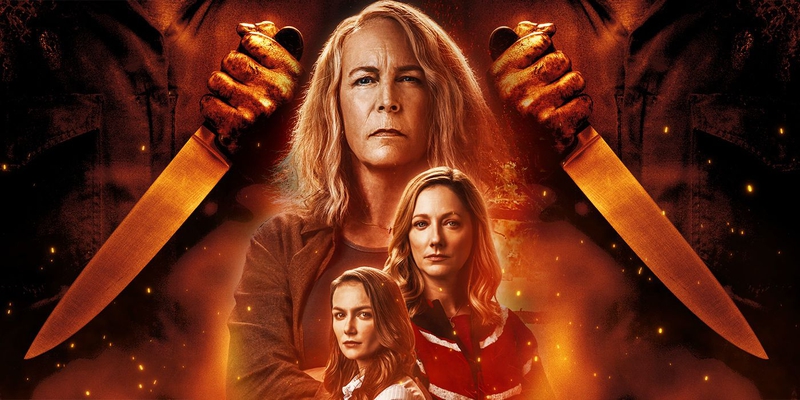 There is also the matter of Halloween Ends, the film that will cap off the trilogy started in 2018’s Halloween and continued in 2021’s Halloween Kills. To put it mildly, that middle chapter seemed a bit divisive, less of a highly-embraced crowd-pleaser than the installment which preceded it, but this is the big finale! What’s claimed to be the very final showdown between Jamie Lee Curtis’ Laurie Strode and everyone’s favorite jumpsuited masked killer, Michael Myers. I’m pretty open about the fact that I’m not a big slasher guy (I like ‘em, l love the kills, but they’re just never gonna be my favorite horror flavor, sorry), and even I’m hyped to see what they’ve come up with. They’ll need to deliver something great, obviously, but I’m more than happy to give ‘em another go despite not really digging Kills.

Does any horror film need to be a big event movie in order to be loved? No, of course not. In fact, most of the horror movies we love didn’t come close to being blockbusters. But it is always special when one of them comes along, and with people returning to theaters more and more, the horror genre flying higher than ever, and with three Big Boy horror titles headed our way, I see no harm in rooting for at least one of ‘em to find that level of success. I wanna feel like it’s a party every time I go to a movie theater, of course, but when it happens with a horror joint, it’s … well, it’s just really satisfying, isn’t it? Fingers crossed that one of the aforementioned films manages to pull it off. I think the odds are strong.