Following the trajectory of childhood fans who became adult historians of THE HILARIOUS HOUSE OF FRIGHTENSTEIN. 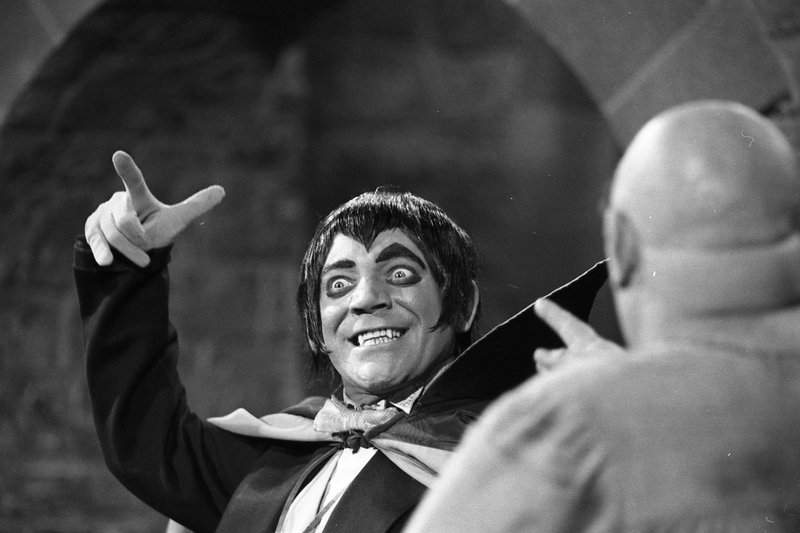 As a young boy in rural Ontario, Stacey Case could hardly believe his eyes when The Hilarious House of Frightenstein first came glowing ghoulishly from his television screen: a rapid-fire monster sketch comedy show for kids, it’s a bit like Laugh-In and the Munsters were put through a telepod by someone on LSD.

Loosely held together by the ongoing attempts of the green-skinned Count Frightenstein and his 500 lb. assistant Igor to revive the lifeless Brucie J. Monster so they can return to Transylvania, the show’s monstrous menagerie includes a cooking witch named Griselda, an desiccated librarian telling “terrifying” stories that inevitably fail to chill anyone’s blood, a werewolf DJ modeled after Wolfman Jack, a “mini count,” a clumsy gorilla, other assorted oddballs, and a Narrator played by Vincent Price!

For a young monster kid like Case, it was the perfect combination of everything he loved: “Monsters, horror, puppets, comedy and rock 'n' roll!” In fact, as an eight year old, he recalls, “I thought that Frightenstein was magically broadcasting just for me!” Now a bit older, Case has met many grown-up Canadians who felt the same. His friend Greg Oliver, with whom Case has just completed a loving biography of the show’s late star, Billy Van, explains the sheer joy of discovering how many still love this secret little cult show:

“Once you find those like-minded people, it really drives your fandom even more.”

The Hilarious House of Frightenstein was shot in 1971 in the studio of CHCH in Hamilton, Ontario, and it warped the minds of a generation of monster kids. The mastermind behind the show was creator Riff Markowitz, but its heart, and many of its faces, belonged to Canadian entertainer Billy Van, a consummate showman who could also sing, dance, play drama, or do improv comedy. According to Oliver, Billy could and often did anything: “Whether it was voice-overs on cartoons, or hosting a Miss Nude Canada pageant or whatever it was. That was why he was always employed, I think.”

“It’s fair to say,” Oliver continues, “Billy Van was born into this.” His father was a failed vaudevillian who had the young boy hawking peanuts at the Canadian National Exhibition grounds from a young age. And, Oliver adds, “In a big family they’ll had to outdo each other.” Billy and his four brothers formed a singing group, the Van Evera singers (he would later drop the last part of his name), and with a later group, the Billy Van Singers, he began recording music and making the television variety show circuit.

Here’s where Billy began to stand out, appearing as a “second banana” on comedy variety shows like Nightcap (a Canadian predecessor to SNL), Kenny Rogers’s Rollin on the River, and the Sonny and Cher Show. Stacey Case believes it was “all of his training from the '50s to the '70s” that prepared Billy Van for the Hilarious House of Frightenstein. “It was a perfect storm!” Oliver adds: “When he was on set, he was on; he wanted to get the job done!”

Van was definitely put through his paces getting the job done on the Hilarious House of Frightenstein. The crew completed a mind-boggling 130 episodes in just nine months! Case, who has worked on television programs in Toronto, relates how improbable this is: “In order to make 130 episodes of a show now? That takes you like fifteen years!” And Van wound up playing ten characters, almost every one of the onscreen players. Oh, and almost the entire program was improved!

Case explains, “What they would do is give him a plot device, but then where it went was all up to Billy.” The shows are thus a melange of different, self-contained sketches with recurring characters. Oliver explains that entire weeks would be devoted to a single character and episodes were shaped in the editing. Billy Van “would be Griselda (the Ghastly Gourmet) seven days in a row. He got into the character and really lived it.” This was made easier due to the amazing prosthetics work of Robert Laden, who had recently apprenticed with Dick Smith on Little Big Man. But it’s little surprise that Van had a nervous breakdown months into the production and had to take a short break to recover.

Vincent Price worked just as hard during the shoot, completing his scenes for all 130 shows in just four days! In fact, it more like three days; Oliver explains the star, “came in and the scripts weren’t quite right, so they quickly rewrote them and he came in the next day and knocked them out one after the other.” Price had a sister who lived in nearby Dundas; plus, the crew kept him supplied with the jellybeans called for in his rider. In return, he delivered standalone poems and other narration, and, as a special surprise, once shooting wrapped, Price ducked out and returned with beer for the crew. “Stubbies of Labatt 50s!” Case adds. The Hollywood legend clearly knew the way to the Canadian heart.

Once Frightenstein wrapped, its success was a mixed blessing for Billy Van. “He never saw any real residuals off it,” Oliver explains. “And of all the programs he did, the one that sticks is this little cult kids’ program where you couldn’t even tell it was him.” Nevertheless, Riff Markowitz was good at getting the show into unexpected markets, where the monster kids found it. “The people who found it, loved it,” Oliver continues, “and it became a part of who they are, I think.”

Of the two biographers, Case was the real superfan of the show. When he grew up and did a zine, his first celebrity interview “had to be Billy.” He had Van on his radio program, held events for Frightenstein fanatics, screened merch, and he adds with genuine excitement, “Hey, Ruf! As a superfan, I’m on the show!” This is true: when the program returned in reruns and DVDs in 2004, many of the original rock songs that the DJing Wolfman spins had to be replaced over copyright issues: Stacey’s surf punk band “The Tijuana Bibles,” were thus dubbed into his favorite program.

And now, with Case and Oliver’s new biography Who’s the Man? Billy Van! (Dec. 2020, Oliver Books), the two long-time friends hope the late actor will finally get his due. With admirers like Quentin Tarantino, members of The Kids in the Hall and Mike Meyers, as well as a generation of monster kids, it’s hard to see why the late actor is little remembered outside of Canada. Their book should help change all that. And, as they’ve found, there are many grown-ups who still remember fondly their first encounters with the Count and his creepy comrades. “There’s little pockets of love,” Case adds, “people don’t want to forget.” 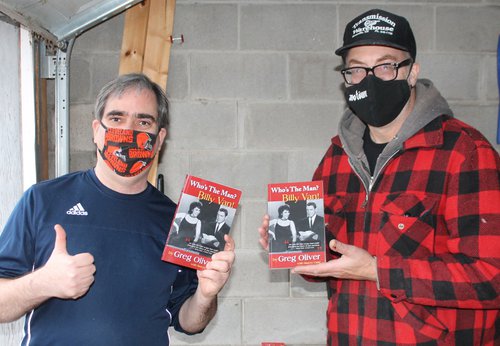 The authors of Who's the Man? Billy Van!, Greg Oliver and Stacey Case,
photo courtesy Oliver