Gas up your chainsaws: the new EVIL DEAD arrives in April. 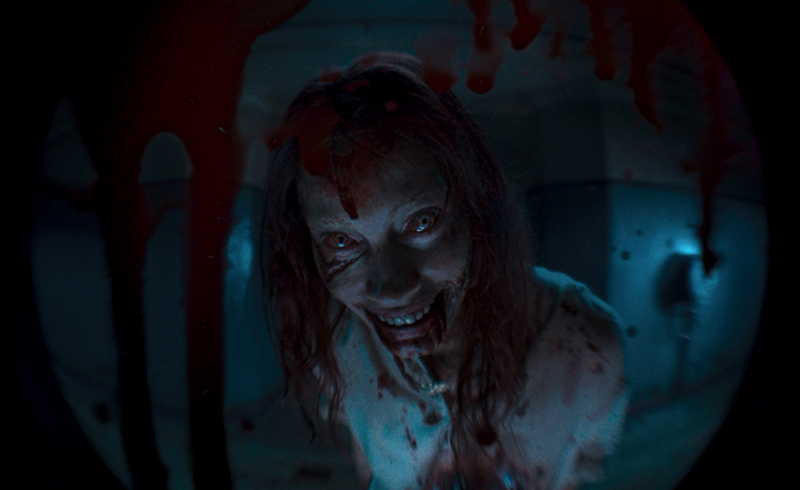 We've known for some time now that a new Evil Dead movie (produced by Sam Raimi, Bruce Campbell and Rob Tapert; helmed by The Hole in the Ground director Lee Cronin) would arrive in 2023, but up until this point we've seen precious little from the film. That changes today with the image above, which offers us our very first look at Cronin's film.

Not much to go on here, but looks good to us!

As previously reported, Evil Dead Rises is not a continuation of the classic Ash storyline, but an all-new story featuring all-new characters. Here's the official plot synopsis:

“In the fifth Evil Dead film, a road-weary Beth pays an overdue visit to her older sister Ellie, who is raising three kids on her own in a cramped L.A apartment. The sisters’ reunion is cut short by the discovery of a mysterious book deep in the bowels of Ellie’s building, giving rise to flesh-possessing demons, and thrusting Beth into a primal battle for survival as she is faced with the most nightmarish version of motherhood imaginable.”

Starring Gabrielle Echols, Nell Fisher, Lilly Sullivan, Morgan Davies, and Alyssa Sutherland, Evil Dead Rises will hit theaters on April 21st, 2023. Word on the street suggests that Cronin may have hit a homerun here, and we can't wait to find out for ourselves! Stay tuned for more on Evil Dead Rises as further updates (and, hopefully soonish, a trailer) roll in!