Director David Gordon Green is back at it in Haddonfield as Halloween Ends has entered production ahead of its planned October release. 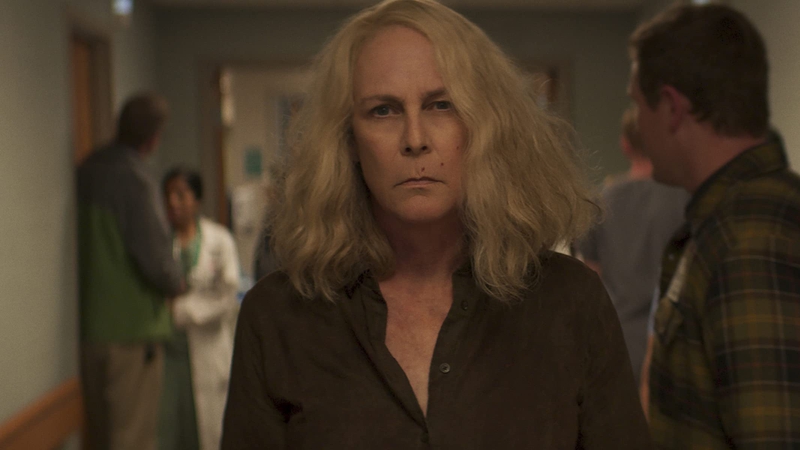 Halloween Ends is officially underway, as evidenced by a brand new set photo shared by none other than Laurie Strode herself, Jamie Lee Curtis. This is the third and final installment in director David Gordon Green's trilogy, which kicked off with 2018's Halloween, a direct sequel to John Carpenter's 1978 slasher classic. Now, the Michael Myers saga (or at least this version of it) is coming to a close. And Curtis looks like she's having a blast with some of her returning castmates. 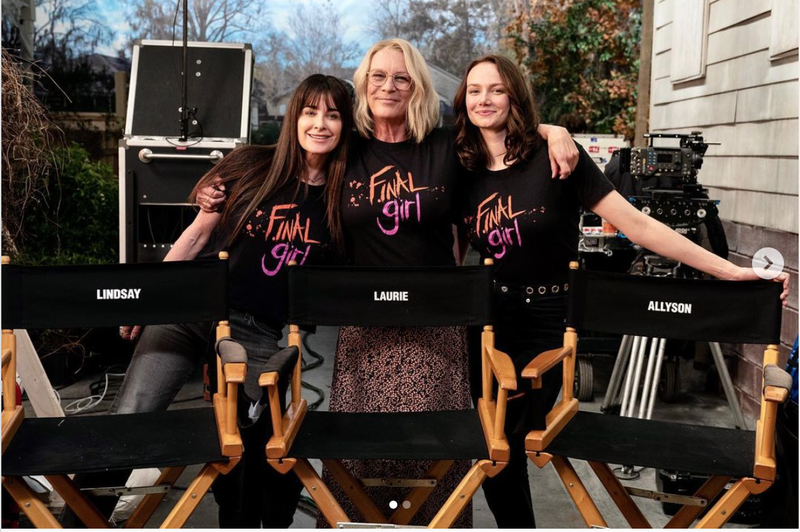 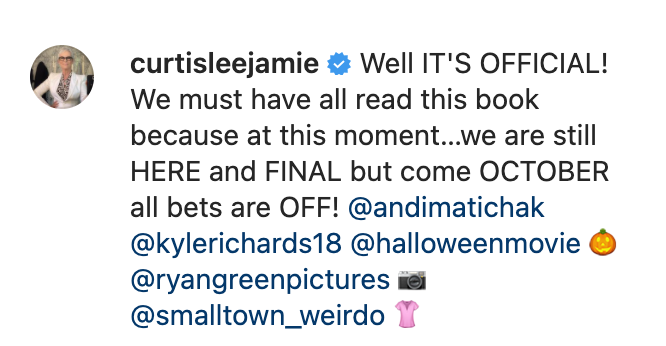 As we can see, Curtis is hanging out with Kyle Richards, who returns to reprise her role as Lindsey Wallace from the original Halloween, as well as Andi Matichak, returning as Laurie's granddaughter Allyson. They were wearing shirts that say, rather fittingly, "final girl" on them. Not coincidentally, the Instagram post also contains a picture of the book "The Final Girl Support Group" by Grady Hendrix.

One thing this photo doesn't give us is any sense of what Halloween Ends is actually going to be. Last year's Halloween Kills left off on a particularly bloody note and seemed to set the stage for one last confrontation between Laurie and Michael. Speaking to The Hollywood Reporter last year, Green did explain that the tone for this final entry in his trilogy will be quite different.

"Yes, it is. It's very different in tone from Halloween (2018) and Halloween Kills, and I think that's part of my self-indulgence. I very often jump around in genres and explore different themes and characters through movies. So I've made a point for my own interest as a fan to take different technical approaches to each of the three in this trilogy. So I'm excited to show you guys what we're working on, but we're just cooking it up right now."

There will also be a four-year time jump between the end of Halloween Kills and the start of this latest entry in the franchise. That is in stark contrast to the previous two movies, which took place on the same night with virtually no gap in time.

As far as the cast goes, James Jude Courtney will be returning as Michael Myers, aka The Shape, with Nick Castle (the OG Shape) returning for a cameo. Beyond that, much remains mysterious and will almost certainly stay that way until much closer to the film's release.

Halloween Ends is currently set to hit theaters on October 14.