And we're hyped about every name on that list. 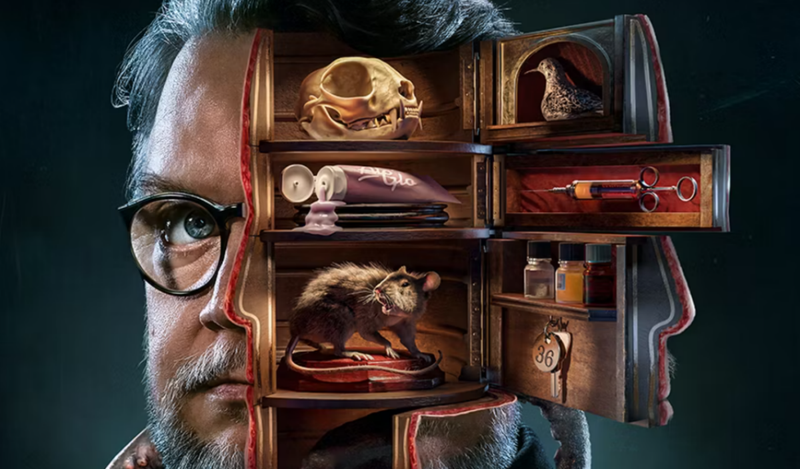 After many months of anticipation, Guillermo del Toro's horror-anthology series, Cabinet of Curiosities, finally arrived on Netflix last month, and it certainly seems to have gone over well in most corners of the horror community!

The show's first season had something to offer just about everyone, from freaky gothic creatures (Vincenzo Natali's "Graveyard Rats") to hallucinogenic mindfucks (Panos Cosmatos' "The Viewing") to darkly comic body horror (Ana Lily Amirpour's "The Oustide"). So many horror flavors represented ... and each one dutifully knocked out of the park by the filmmakers who helmed each of the show's eight episodes.

If, like us, you watched Cabinet of Curiosities and had a blast with it, you're probably wondering whether Netflix plans on ponying up for a second season. There's still no official word on that, but one person who seems very confident it'll happen is Guillermo del Toro himself, who (in a new interview with Indiewire) name-checks a few of the directors he'd want to rope into the series should another season go forward.

“I have a list. For example, we tried to get Jayro Bustamente before and he couldn’t because of COVID. When you think about Mexican filmmakers, there’s Issa López. She was going to direct one of the episodes when she got True Detective and she couldn’t do it. Boots Riley wrote and was going to direct one episode and he got his series greenlit. I could go and spoil the entire second season for you, but I’m not going to do that...

Larry Fessenden is [also] one hundred percent at the very very top of my list for a second [season]. Larry is one of those names that back in the days of the Spirit Awards I fought for him to be nominated with Habit, which I think is phenomenal. I’ve been in touch with him since then. We were very close to remaking The Orphanage.”

Literally every name del Toro drops here is exciting. Jayro Bustamente directed 2019's excellent La Llorona. Issa Lopez is the powerhouse behind Tigers Are Not Afraid. Boots Riley is the enormously talented madman behind Sorry to Bother You. And Larry Fessenden? The man is horror royalty and absolutely deserves a spot at this particular table. We're delighted with these choices!

Will all of them be available for a hypothetical second season of Cabinet of Curiosities? We'll have to wait and see! Do rest assured that we're very eager to hear more on, well, more of this very well-crafted horror anthology series, and that we'll be keeping our ears to the ground for further updates on a possible season season. Stay tuned!