We like our horror stories with a little bit of the Dionysian chaos and Apollonian order. 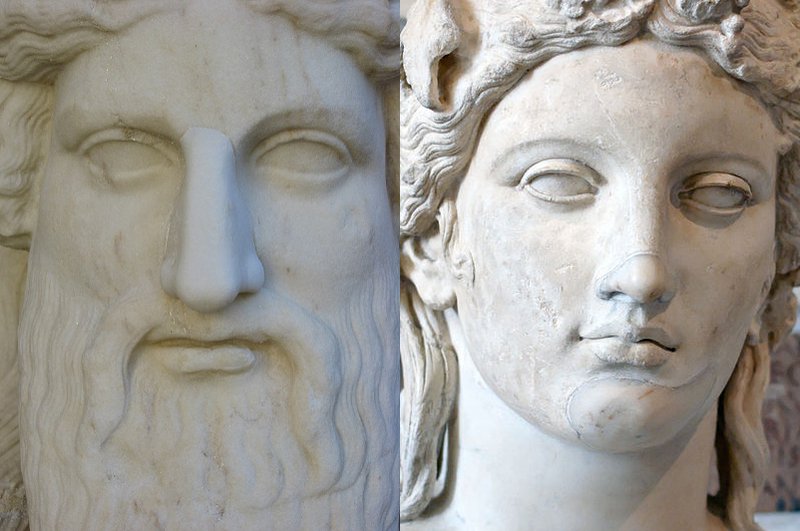 History’s best throw-down party complete with gender-bending costumes, sexual experimentations, and gallons of wine had to be the Ancient Athenian Festival of Dionysus. Picture a modern Halloween but with more olive oil. And just as we include a few horror movies in our Samhain revelry, the highlight of the Athenian festival was crowding into the Theater of Dionysus (the ancient’s version of the Alamo Drafthouse) and watching days of dark, disturbing plays.

Why build a festival around these violent, suffering-soaked tragedies? Isn’t it depressing? Or were the Greeks some kind of sickos that get a kick out of seeing kids murder their own mothers or gods striking people insane? It’s the same questions you get when someone learns just how many times you’ve watched Dawn of the Dead.

Nietzsche saw Greek tragedy as the tension between two forces represented by Apollo – god of order, rationality, and moderation – and the festival’s founder Dionysus – god of intoxication, emotion, and madness. The tragic hero strives for order and reason (Apollonian) while facing her chaotic, unreasonable fate (Dionysian). Think Herakles mistakenly killing his family or Annie Graham throughout Hereditary.

The harmonic tension of the desire for order and the pull of chaos show us what’s stunning about being alive in a world of suffering.

Basically, life is a dumpster fire and very beautiful.

Most Hollywood films are ruled by Apollo – rational stories where heroes defeat villains, lovers get back together, the world is saved. But in horror, like Greek tragedies, Dionysus gets invited to the party. The irrational breaks into the rational world and gives us ghosts, monsters, and terror. We get the grounded world, but with a serial killer possessing a talking doll, a grieving woman but with a demon hiding in a picture book, a ravaged Mexican city with hunted street orphans but with doors opening to an impossible green meadow.

Consider endings. Mainstream films wrap everything up in a tidy little bow, but tragedy and horror like things a little messier.

At the climax of Sophocles’ Antigone, King Creon realizes it was wrong to bury his titular niece alive. A lesson has been learned and order is restored. But Creon’s too late, Antigone’s committed suicide which immediately leads to the suicide of Creon’s son and wife. Like most Greek tragedies, the ending has order (Apollo) wrestling with disorder (Dionysus). Neither wins.

Horror is the same. The Apollo in us loves seeing Dr. Loomis shooting Michael Myers and sending him plummeting to his death. The good guys win, the rules of biology work, order is restored. But the Dionysus in us thrills when Loomis looks again and Michael is gone. We chill and cheer at this impossible ending because it speaks a deeper truth that both we and the Greeks understand. You don’t kill death. You don’t fully defeat suffering. And living is stranger than logic.

The Greeks loved tragedies for the same reason we love horror. We hunger for Apollonian meaning dancing with Dionysian life-lust. We thirst for the wild cocktail of the recognizable world mixed with the uncanny images of nightmares. We crave reason and the mad poetry that sings to the soul rumbling beneath logic and sense. We want sense and senselessness, order and madness, together giving us the ecstatic, bubbling beauty of existing.

We need it now more than ever. More of that in Part Three.