GIVEAWAY: We've Got 5 Pairs Of Tickets To See MASTERS OF MAKE-UP EFFECTS LIVE In Hollywood

This is a conversation you'll definitely want to be in on. 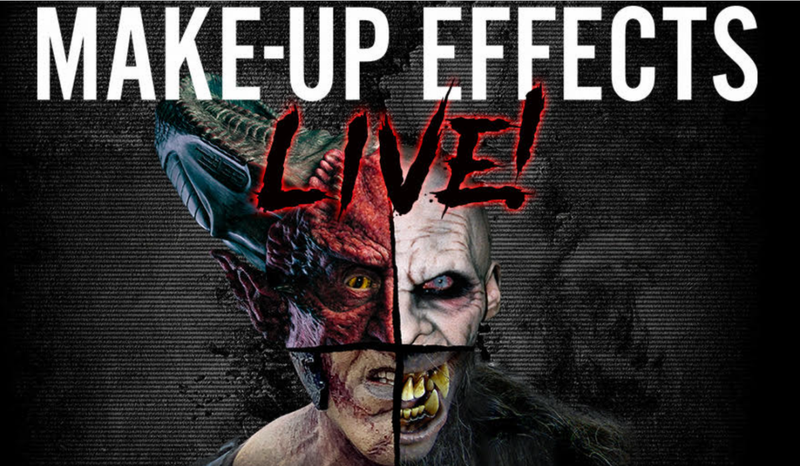 Heads up, Creature Kids and Monster Make-Up Maniacs: on September 23rd, KNB EFX co-founder Howard Berger and Marshall Julius, co-authors of the forthcoming Masters of Make-Up Effects, will be appearing live in Hollywood for an awesome-sounding event ... and we'd like to send you to the show!

On September 23rd, join authors Howard Berger and Marshall Julius at The Montalbán Theatre in Hollywood as they pick the brains of a panel of film and television's greatest Masters of Make-Up Effects, presented by Nostalgic Nebula. Hear the stories from the artists and take a deep dive into the history behind some of the most iconic creatures, appliances and make-up effects seen on screen.

Sounds great, right? And now you're wondering how you can snag a pair of tix, right? Well, it's easy: just head on over to this page, fill out the very brief submission form you find there, and you'll be entered to win! Those of you who don't feel like pressing your luck on a giveaway and wish to buy tickets directly can do so via this Eventbrite link. Doors will open at 5PM Pacific, show begins at 6PM Pacific.

This is a very cool event, and the FANGO staff members who aren't living in Los Angeles (aka everyone except Angel) are extremely jealous not to be able to attend. Here's hoping everyone has as much of a blast at this show as we think you will!