From THE TINGLER To 'SALEM'S LOT: THE BLACK PHONE Filmmakers Discuss The Formative Horrors That Warped Their Minds Forever

Scott Derrickson's The Black Phone is hitting theaters today, co-written by C. Robert Cargill and adapted from the Joe Hill short story of the same name. The film follows young Finney (Mason Thames) who becomes the latest victim of child predator, The Grabber (Ethan Hawke). Set in 1978, Finney is aided by the Grabber's previous victims who offer cryptic clues via an old wall-mounted phone in The Grabber's fortress of horror.

FANGORIA gathered Derrickson, Cargill, and Hill for our issue #14, but what you didn't get to see is the bit of the conversation wherein they discuss the formative horrors that stuck with them for life. Read on for the trio's core memory horror titles, and some thoughts on the importance of holding empathy at the core, and using horror movies to arm ourselves against the real horrors of the world at large.

Scott Derrickson: In spite of not taking a novelist's time to develop those characters, I still felt tremendous empathy toward the lead character in that short story, in the structure, in the very simple structure of the story. In the beginning, middle, and end of the story that you're telling, I felt that there was something noble about it. And if you do that and allow people to actually connect emotionally like that, that's when horror has its most powerful inoculating effect against the real evil in the real world.

It's the opposite of sadism. It's providing the audience an opportunity to feel that vicarious fear, feel that empathy for the other characters, and come away from it a little bit more capable of confronting the fear of the real world. This is why after the scene that you mentioned, the scene when Finney is watching The Tingler, the very next scene rolls right into one of the most upsetting moments in the movie.

And I really like the relationship between those two scenes because that's the role that horror has played in my life. I've always loved it. I built haunted houses in my basement as a kid. I was that kid watching The Tingler. I was younger. I think I was like six or seven when I just stumbled on it on television, but I never forgot it. And I think the fascination and the reckoning of those things, and children's innate need to take that in, hence the love for Halloween, hence the love for the Gothic that is just innate to most kids, I think it is an instinctive reckoning with how scary it is to be a human being and with the trauma of being a child. It's a way of taking a little bit of that live vaccine, you know, that live virus into your system as a vaccine against the real thing that's out there that can actually kill you. 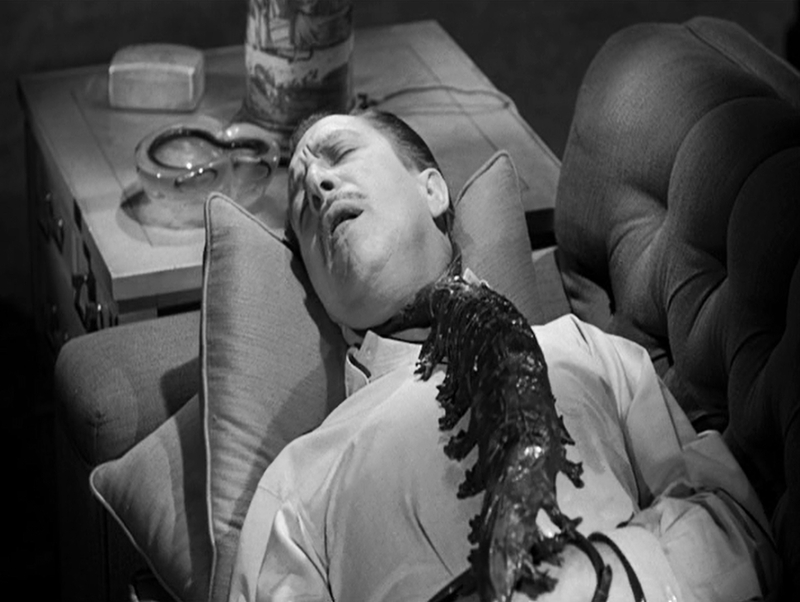 Joe Hill: Was The Tingler your first horror film?

SD: The Tingler was the first movie I remember stumbling on, on my own. Yeah. It was the first movie I remember sitting in the downstairs area of our house in North Denver by myself and seeing it and really being captivated by the entire movie. But in that scene when all the blood appears, and it's all red - it's a black and white film - and suddenly -- bright red crimson blood-- it burned something into my brain that I never let go of. And not a week goes by that I'm not thinking about the images from that movie.

JH: I haven't seen it, but I know a little bit about it. It was a William Castle Picture. Wasn't it?

SD: It was. It was. It was great too. When they made the movie, they presented it in Tingle Vision. They had wiring in the seats. So every time the Tingler, which was this kind of a centipede-like spinal creature, would appear in the movie, the seats would actually tingle. That was back when that gimmick was getting asses into seats.

JH: I wonder if the creature in The Tingler was the inspiration for the little worm in Shivers, the Cronenberg Picture. Or actually, maybe that's too big a leap. Cargill, what about you? What was your first horror film? 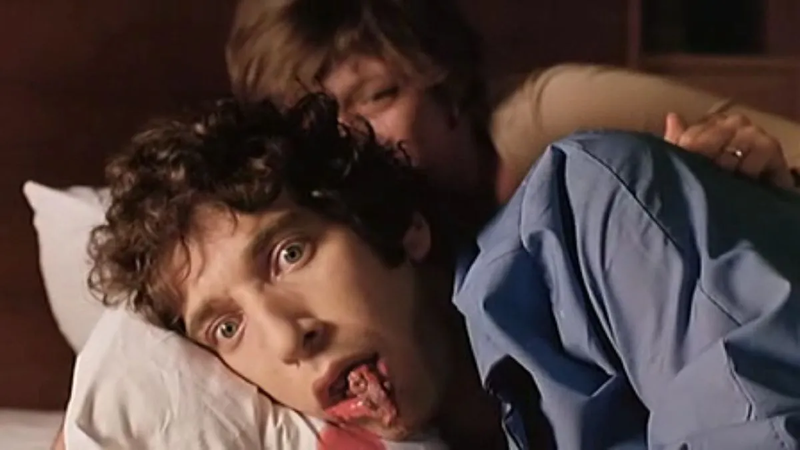 C. Robert Cargill: I have to think… I have to say my first horror film was probably Poltergeist. Poltergeist was out right at that time. I may have seen some of the older black and whites, but none of them really connected with me in that way.

The one that really connected with me the most though, is when I was three years old, my mother got tickets off the radio to go to an advanced screening of a new horror movie called Halloween. And my mother was like, "Oh, I'm gonna go see this new movie. And I get to see it early." My mom is a big reason why I'm a movie fan and a horror fan. My mother just loved movies, and so we watched movies constantly. We always went out as a family to the movies., we had movie family night on Saturday nights where we'd make homemade pizza and rent a video from the video store. The whole family got to rotate as to who picked a movie of the week. So they would take me to a lot of stuff, but they didn't take me to Halloween. But I remember my mother coming back, and for a week, all of the house doors were barred by two-by-fours at night [laughter], and it's one of my earliest memories. I remember as a kid talking to my parents about it, going, "Why don't we put two-by-fours at the door anymore?" And my dad just laughing his ass off at my mom and saying, "Let me tell you the story of the time your mom won tickets to Halloween." [laughter] 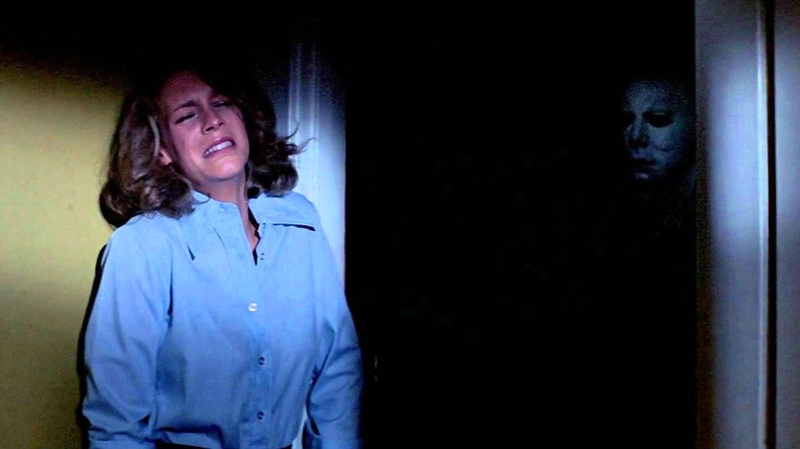 SD: The first real straight horror movie that I chose to screen for my children was Halloween, and they were 12, 13, something like that. I knew there was nudity in it, I wasn't too worried about that. My kids were very mature filmgoers even at that age. But that was the first time I showed them a straight-up horror film, and they loved it. They still love that movie, and that told me I had chosen wisely. Interestingly enough, it was probably two years later that I screened The Sixth Sense for them, which is the only time I've ever screened a horror film for my kids where I overreached 'cause my youngest...it freaked him out. The scenes of the hanging ghosts and the dead girl. The tone of that was too upsetting for him. Whereas Halloween, there was still something about the tone of that movie that was enthralling and not horrifying in a bad way for them. So Joe, what film did you choose as an introduction to the genre for your kids and at what age? 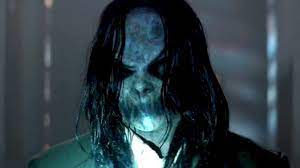 JH: Well, in terms of my first horror film, I only watched Disney films until my oldest boy made me watch Sinister at 44. [laughter] And after that, I've never seen any other pictures because I've been so fucking upset. I've been in therapy ever since, and it deeply broke me as a human being.

SD: I actually did know a guy who was raised in a very, very strict fundamentalist home. And he had only seen three movies by the time he got to college. And the three films in order were Bambi, Bonnie and Clyde, and Deep Throat. [laughter]

SD: It covers the entire gamut of all filmmaking.

JH: So the first couple of horror pictures I saw are sort of marginal horror pictures. I claim them for the genre, but I think a lot of other people would say, "No, no, those aren't horror films." But the two I would pick would be Spielberg's Duel and Jaws. My dad had a video disc player, which was the forerunner of the DVD. And the video disc player came with these giant silver platters, these enormous frisbees. They just looked like the future.

We had Sugarland Express, Close Encounters, Duel, and Jaws, and we just watched them again and again. There were only about 20 minutes of video on each side of the discs. And so you would sort of watch for 20 minutes and then have to flip the disc. Eventually the discs got mixed up. And so you would watch like 40 minutes of Jaws and then 40 minutes of the Sugarland Express, but we didn't really care. And we didn't know there were any rules, like you had to watch a film all the way through. 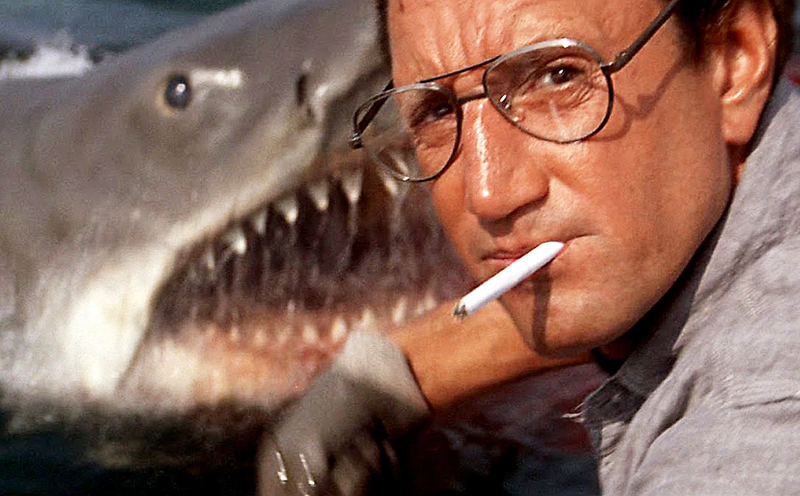 At the time, the whole idea of seeing a movie at home was completely new. This was even before video stores. So the idea that you could just watch a film again and again was astonishing to us.

The first horror film that I really knew and loved and was fixated on was Dawn of the Dead, which I saw at much too young and could not possibly recommend other people seeing it at that age. But, for whatever reason, I completely embraced it. I was not freaked out by it. I loved the adventure of it and those heroes fighting off the zombies and claiming the mall. I was really into that.

And then the other thing — of course, my dad is who he is, and so really the first horror film I saw was the mini-series of 'Salem's Lot. And it did fuck me up. 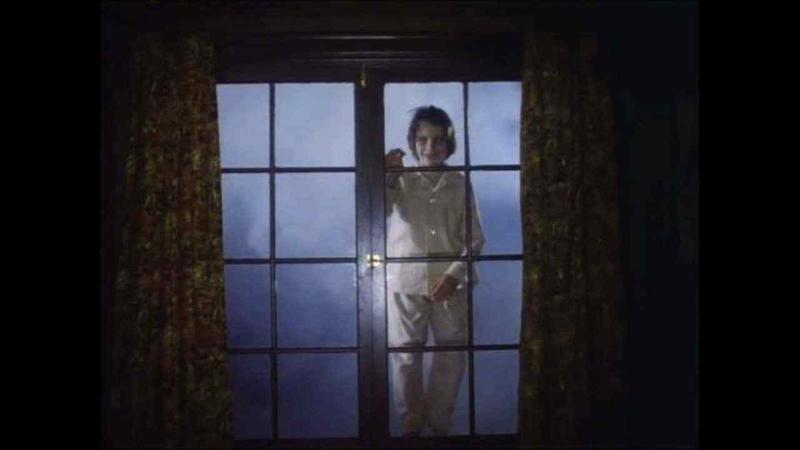 JH: It was the little kid outside the window, scratching on the glass saying, "Let me in. Let me in."

CRC: That messed me up a lot as well. We're the same age. And I remember when that came on TV, that was horrifying.

JH: I didn't sleep for six months after that. I watched it with my parents because it was based on my dad's book, and they were excited, and it was like a family thing to share. So, of course, I saw it at a really, really young age. There was an old decaying church near our house that looked pretty much like the church from Mike Flanagan's Midnight Mass - paint peeling off and dusty windows and stuff. Whenever I'd walk by it with my dad, I'd grip his hand very tightly, and I'd whisper to him, "'Salem's Lot is there." We'd have to cross the street to get away from this scary-looking church.

This conversation has been edited for length and clarity. You can read more from this roundtable discussion in FANGORIA Volume 2, Issue #14. The Black Phone is now in theaters.