First Look Images From WELCOME TO THE BLUMHOUSE

Take a peek inside the Blumhouse 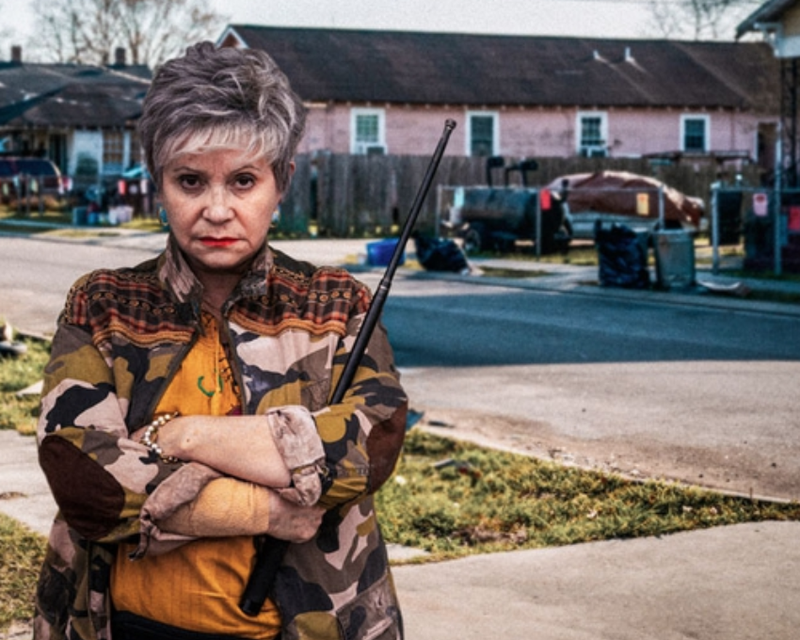 Yesterday we brought you the news about the upcoming Amazon and Blumhouse co-production, Welcome To The Blumhouse with a few words on the project from some of the directors. Today we have a peek at some first-look photos! 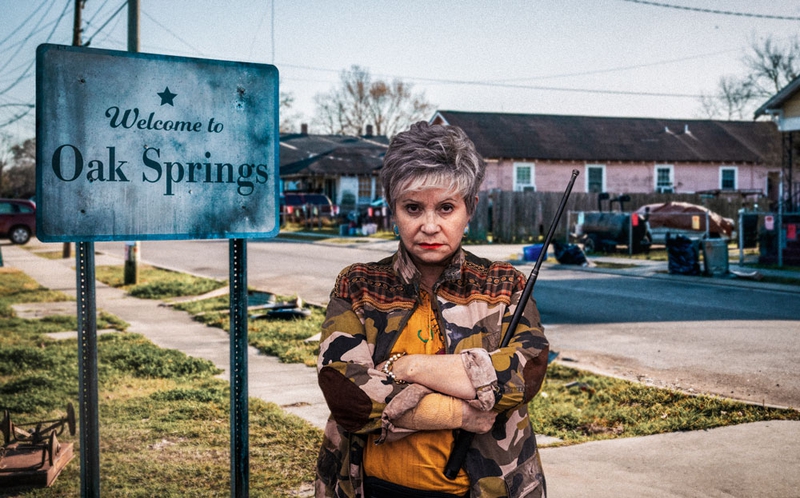 When a sinister figure threatens the residents of a low-income community, a feisty senior citizen tries to stop him in Bingo Hell, a wickedly original horror movie with a fiendishly funny twist. After 60-something neighborhood activist Lupita (Adriana Barraza) discovers that her beloved local bingo hall has been taken over by a mysterious businessman named Mr. Big (Richard Brake), she rallies her elderly friends to fight back against the enigmatic entrepreneur. But when her longtime neighbors begin turning up dead under grisly circumstances, Lupita suddenly discovers that gentrification is the least of her problems. Something terrifying has made itself at home in the quiet barrio of Oak Springs, and with each new cry of “Bingo!” another victim falls prey to its diabolical presence. As the cash prizes increase and the body count steadily rises, Lupita must face the frightening realization that this game is truly winner-takes-all. 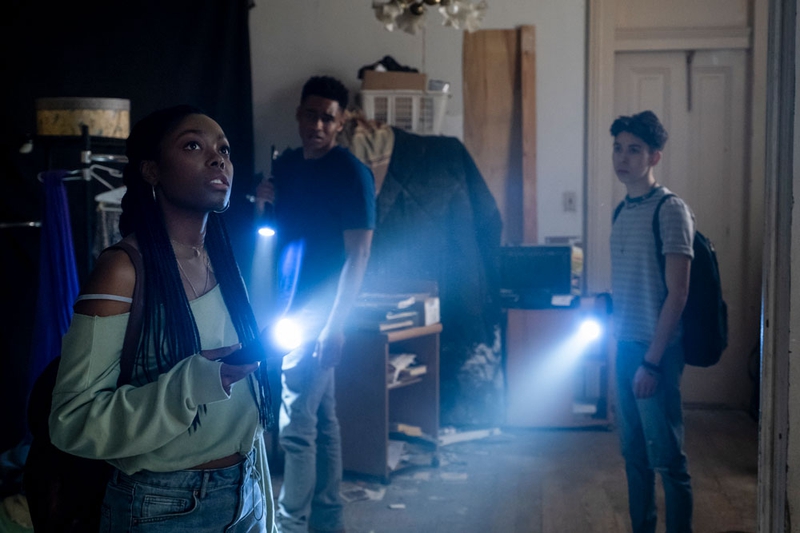 Next, it's off to New Orleans for Maritte Lee Go's Black As Night which will premiere with Bingo Hell on October 1.

A resourceful teenage girl leaves childhood behind when she battles a group of deadly vampires in Black as Night, an action-horror hybrid with a strong social conscience and a biting sense of humor. Fifteen years after Hurricane Katrina ravaged New Orleans, a new threat leaves its mark on the Big Easy in the form of puncture wounds on the throats of the city’s vulnerable displaced population. When her drug-addicted mom becomes the latest victim of the undead, 15-year old Shawna (Asjha Cooper) vows to even the score. Along with three trusted friends, Shawna hatches a bold plan to infiltrate the vampire’s mansion in the historic French Quarter, destroy their leader, and turn his fanged disciples back to their human form. But killing monsters is no easy task, and soon Shawna and her crew find themselves caught in a centuries-old conflict between warring vampire factions, each fighting to claim New Orleans as their permanent home. 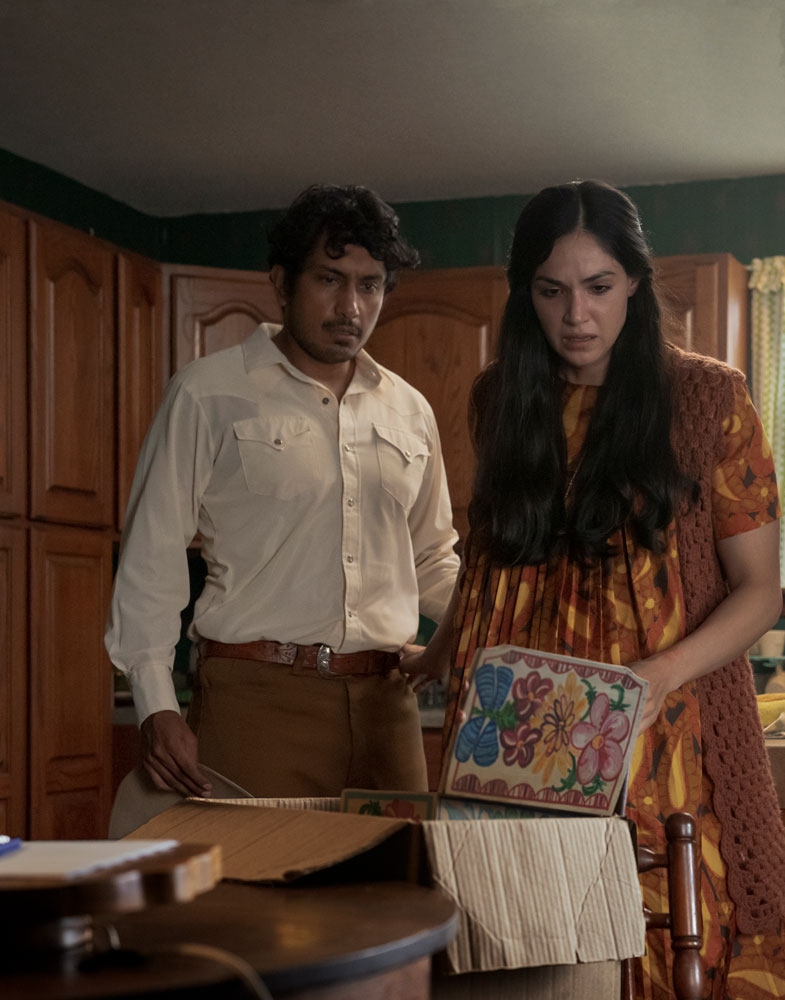 For night two of the event, we are time warping to small-town, California circa 1970's for Ryan Zaragoza's Madres.

Beto (Tenoch Huerta) and Diana (Ariana Guerra), a young Mexican-American couple expecting their first child, move to a small town in 1970’s California where Beto has been offered a job managing a farm. Isolated from the community and plagued by confusing nightmares, Diana explores the rundown company ranch where they reside, finding a grisly talisman and a box containing the belongings of the previous residents. Her discoveries will lead her to a truth much stranger and more terrifying than she could have possibly imagined. 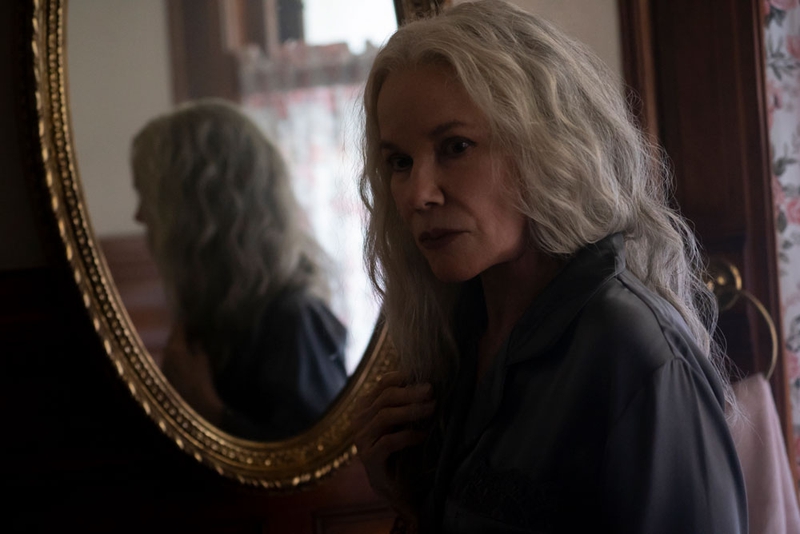 Premiering with Madres on October 8, is Axelle Carolyn's The Manor.

A malevolent force preys upon the residents of a sleepy nursing home in The Manor, a gothic tale of terror with a modern twist. When a mild stroke diminishes her ability to care for herself, Judith Albright (Barbara Hershey) moves to Golden Sun Manor, an assisted living facility with a sterling reputation. But despite the best efforts of the staff, and a budding friendship with fellow senior Roland (Bruce Davidson), strange occurrences and nightmarish visions convince Judith that a sinister presence is haunting the massive estate. As residents begin to die mysteriously, Judith’s frantic warnings are dismissed as fantasy. Even her devoted grandson Josh (Nicholas Alexander) thinks her fears are the result of dementia, not demons. With no one willing to believe her, Judith must either escape the confines of the manor, or fall victim to the evil that dwells within it.

Welcome To The Blumhouse is a two-night event, with four feature films premiering on October 1 and October 8, streaming only on Amazon.