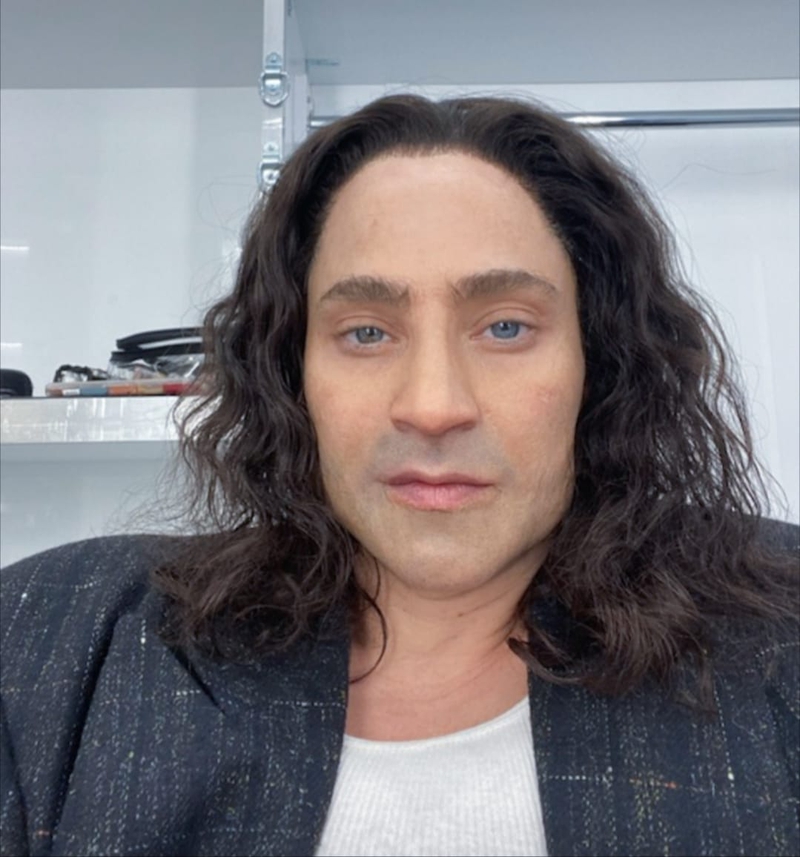 Prior to her reappearance on the Chucky TV series, when we last saw Fiona Dourif at the end of Cult of Chucky, her character Nica Pierce had been possessed by one of Charles Lee Ray's (a character that has become synonymous with her dad, Brad Dourif) soul fragments and she decides to hit the road with the one and only Jennifer Tilly (who is also being possessed by Tiffany Valentine, Charles' partner-in-crime and a character that is also voiced by Tilly). And when you lay it all out like that, crossing all those wires in such a meta way seems like A LOT.

But Don Mancini being Don Mancini wasn't totally content in just blurring the lines between fact and fiction in Chucky - he was looking to bend and twist them in all sorts of impossible ways as he decided that for the series' flashback scenes, Fiona would also play her dad, thanks to the magic of prosthetic effects and the incredible talents of FX artists François Dagenais and Tenille Shockey.

Coming into Chucky, both Dagenais and Shockey knew that they would have their hands full with creating different gags for the series, including the dissected frog gag in the first episode and some other fun things like a decapitated principal. But as some of their workload get lightened along the way due to budget constraints, one makeup in particular seemed to come out of nowhere and presented them with a very huge challenge: how to transform the child of one the horror genre's most iconic actors into a version of her very well-known dad.

"Honestly, the transformation was a little bit of a surprise, because they hadn't really mentioned it at the start of the show," Dagenais recalled. "They hadn't said anything to us directly, but Don kept mentioning the Charles Lee Ray makeup, and I didn't associate right away that they wanted to do this on Fiona specifically. I ended up getting a phone call from Fiona herself saying that she wanted to get this going because she really wanted to make it look really good, so I got more information from her than I got from anyone else, and we got right into it. The first thing we wanted to do was get Fiona's lifecast done in Los Angeles so we could get it sent up here, and that's when we realized we really needed to talk with Tony [Gardner]."

Gardner, who has been with the Chucky franchise since the days of Seed of Chucky, was more than willing to help Dagenais out, and got Fiona's lifecast completed and sent up to Canada so that François and his right-hand artist, Tenille Shockey, could jump right into everything to take on the challenging transformation. François discussed how they approached the ambitious design of Fiona's Charles Lee Ray makeup, saying, "We knew this wasn't going to be an easy thing to do, to build Brad's features on top of her face. We did do some of the designs based on some pictures, but it was really difficult without a lifecast of Brad, too, but we didn't have one, and I'm not even sure anyone actually has a lifecast of Brad either, to tell you the truth. I worked with him something like 20, 25 years ago and because we didn't do anything to his face, I didn't have one from then either. So we had to really think about what we were going to do." 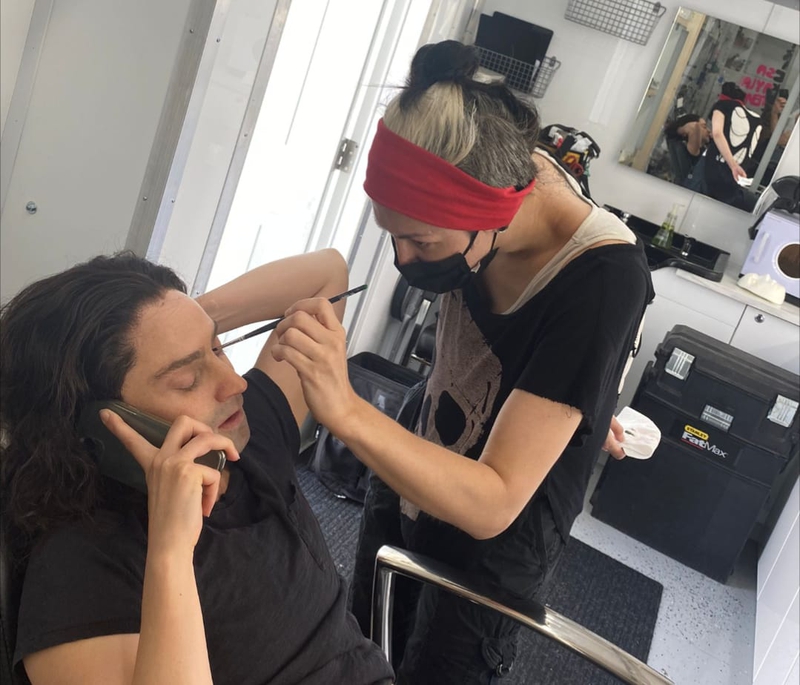 "Once we got Fiona's lifecast and we could see her face physically in three-dimensions, that's when we were able to start putting a plan together. But the whole process for us was backward because we should have really had a meeting prior to doing the makeup, and then we could have decided how best to do the makeup. But the decision on how it was going to be done and other factors, like how long we had to create it and the amount of time we could take to put it on Fiona, was decided beforehand, so we did the best that we could and we had to find ways to work around those obstacles. Time was always a factor, though."

"Through the design process, we had to make the prosthetics a little bit smaller, and we also wanted to preserve some of Fiona's features that looked the most like her dad, too. We ran into some other problems because there was like a seam that goes right in the middle of her face. That can be a little problematic because you can't really hide things on a makeup like this if a seam isn't working right or something doesn't come together. It wasn't like a creature makeup for a film where you have a year and a half to retool it, tweak it, redo it and test it out over and over again. On Chucky, we had something like one week, and it had to work," added Dagenais.

"We originally started with a full forehead piece and we were going to cover Fiona's whole face, and then we were told that that wasn't the way they wanted to go," Shockey continued. "When we did the first makeup test, they thought that something about that design was a little bit 'too much' on her, so we removed a piece - I think it was part of the chin - and resculpted it without it. And when we redid the test that time, they liked it. Looking at it now, it would have been nice to redo it again because the success of these makeups are usually dictated on the amount of time that you have to do it and then tweak it after. So it's always a little bit tricky to do things and try to get it right the first time."

While there are many different elements to why the Charles Lee Ray makeup ended up working as well as it does in the Chucky series, Dagenais discussed how it came down to all the finer details that Shockey was able to incorporate into the makeup that really made it pop in the end. "I really have to give credit to Tenille because she's the one who made this makeup work as well as it does. I go in to help apply the makeup, but she's the one who paints it and finesses it, adding in all the little eyebrow hairs one at a time and all those other details. So, for as much as I want to take credit for a lot of the work that we do, I can't because that was all Tenille."

"The first thing we would do when Fiona came in was that we would prep her skin to make sure that the makeup would stay on her," Shockey explained. "This is especially important if you have a makeup that goes in the middle of someone's face because you don't want things to start lifting in the middle of the day where you start seeing a lot of damage. So we would prep her face, clean her up, and then the application process happens. Since we were always working against the clock, I always tried to prepaint all the appliance pieces once we had her colors, so that we could bring everything closer to Fiona's actual skin tone. Then after we got her made up, we'd spend the rest of the day chasing it, making sure that she looked great and everything stayed in place."

The ambitious efforts of Shockey and Dagenais on Fiona's Chucky transformation worked like gangbusters for the series, but it managed even to fool people in real life as well. One night, Fiona decided to take her Charles Lee Ray makeup for a "test drive" and went out to a bar while still under full prosthetics. "I was with her on set that night, and she was waiting to get the prosthetic off, but I was on set dealing with another situation, so she had to kill some time until I was free. She decided to go to the bar, and then she texted me to come out, but I was still on set. So when she came back to the trailer after, she told me all about it. I guess Fiona decided to hit on the waitress as 'Charles' to try it out, but then she said she started talking casually, and when she broke character, she thought she gave herself away. But there were even people on the set of Chucky who weren't working behind the camera, and they definitely got confused and thought Fiona was really a man. So that was great."

Thanks for watching kids. That was A LOT pic.twitter.com/iZF7vqo2H8

Beyond an impressionable waitress and a few bar patrons, Fiona's makeup-driven transformation into her dad has also been enthusiastically received by so many of the Chucky fans out there, and both François and Tenille expressed their appreciation for all the positive responses they've garnered online over the last few weeks. Shockey discussed her surprise, saying, "I wasn't really sure just how popular Chucky still was, and I didn't know how the TV show would do, so the fact that it's been a smash success has made me so happy. We didn't think Chucky was going to be as big as it has been because it's not a feature. We just didn't know. But this was an ambitious makeup, and it was an ambitious thing to do in the time we were given, which was only three or four hours, so I'm glad that people are happy. Regardless of the results, I'll never be one hundred percent happy with anything I do. So, to have such a big, positive response online in the last few weeks has been surprising, but it's a good surprise and I guess that's all that matters.

"I'm the same way," François admitted. "For every show, it's the same. You always start with the biggest and the best intentions but then time and resources always get away from you. So, based on all of these things that were thrown at us here, I know we did our best in the time we were given, but there's always going to be room for improvement in my mind. Seeing people talking about our work puts a smile on my face because people are noticing something that usually gets on unnoticed, and they actually are positive about it, which is always a nice thing. All of these responses have really made me happy, and it's nice to know when your work gets noticed by someone else." 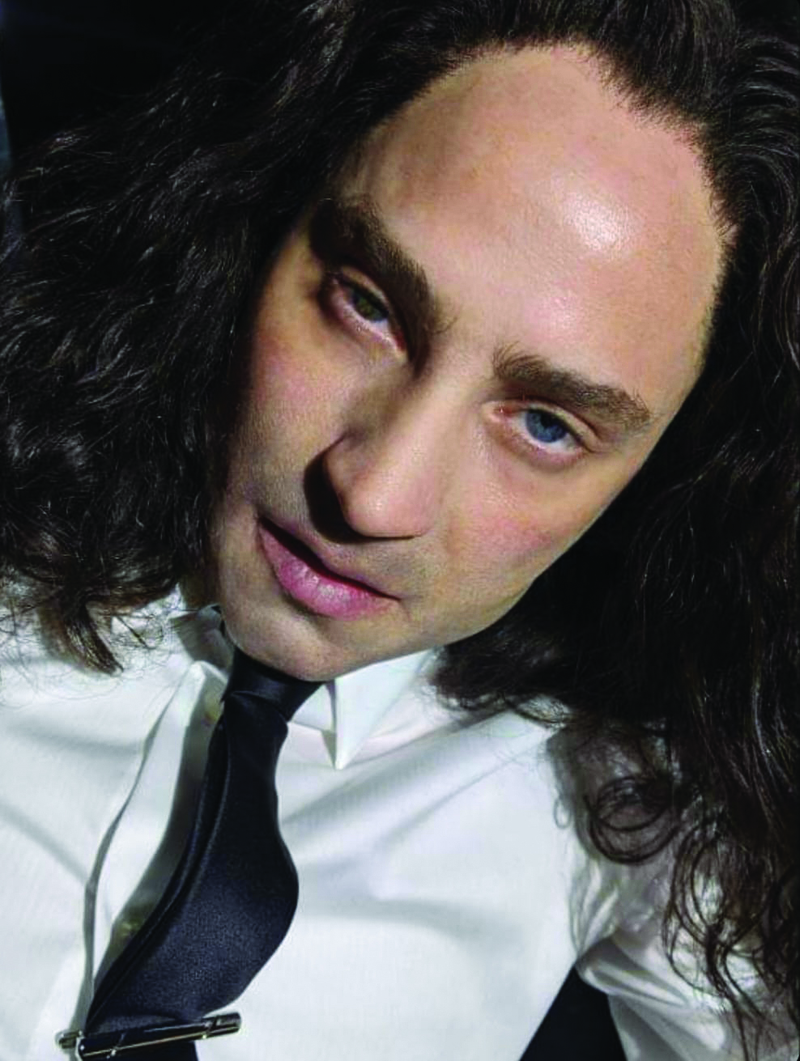