Tomaselli exclusively shares his thoughts and memories about the man who so inspired him. 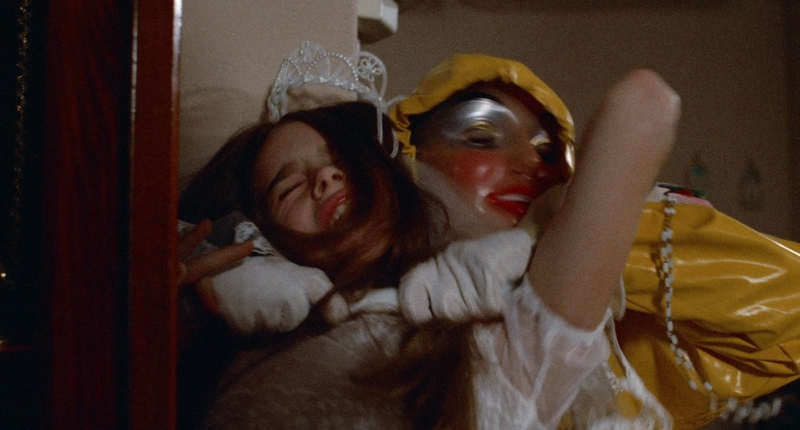 A note from Michael Gingold: When filmmaker Alfred Sole died via suicide on February 14th at age 78, horror fans around the world lamented the loss of the creator of one of the all-time psycho-horror classics: 1976’s Alice, Sweet Alice. Initially titled Communion, and well-known for introducing young Brooke Shields to the screen scene, the Catholic-themed shocker has become a seminal cult favorite. One of its biggest fans, and among those who mourned Sole the most, was his cousin Dante Tomaselli, a filmmaker in his own right with such stylish credits as Desecration, Satan’s Playground and Torture Chamber. Here, Tomaselli exclusively shares his thoughts and memories about the man who so inspired him.

Sometimes a person needs a mentor in this world, and Alfred Sole was a role model for me since forever. When I was growing up a hardcore horror-film fan, here was my cousin, the director of Alice, Sweet Alice! I’d pinch myself. Oh, and did I ever tell him how much I loved the movie?! He seemed to never get sick of hearing that, and would happily answer my questions in detail. Alfred loved filmmaking, and we’d talk on the phone for hours while time would just melt away. Conversing with him was nutritional, a blast of bright sunlight on a thirsty field of land. He’d be honest and blunt, but always with a smile under his words. He knew I had a damaged relationship with my deceased father and lifted me up time and time again. Often it was as if I lived in a dark room, and when Alfred entered, the light seeped in and I could see more details in my world, more clarity. I realize now that he rarely ever reported his own problems and always made me the focus, like a selfless, nurturing parent.

My cousin impressed me in every way, but his innate kindness was especially inspirational. He was a giver. It was as if when you were aligned with him, the world was your oyster. There was infinite, boundless bliss waiting. When I was in my 20s, he critiqued my screenplays and actually found and secured the main Paterson, NJ locations for my first film, Desecration. There’s a prominent Special Thanks to Alfred in the opening credits. My cousin helped me navigate the making of each of my four feature films. Always rooting for me, always waiting in the wings to give me advice…a reservoir of knowledge. 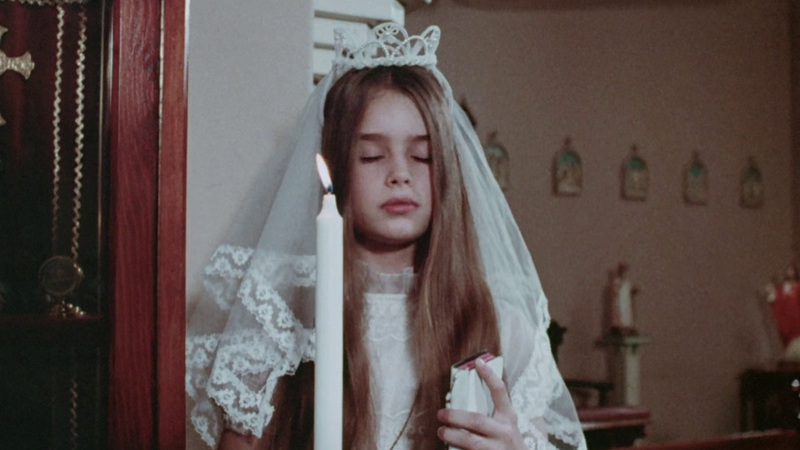 There is not just one reason why I’m in awe of Alice, Sweet Alice. As with the movie itself, there are layers. As a child in the ’70s, there was the realization that my cousin was causing a sensation in Paterson, and even as far away as the UK with his horror film originally titled Communion. Some of my aunts were featured extras, and my father, who owned a jewelry store and bridal shop, provided the film’s communion dresses, white veils, and gloves. It was a real family affair.

I remember my dad kept a stylish Communion pamphlet in his den with stills from the production, and I’d go in there and stare…hypnotized. I was only six years old and already a fan of films like The Omen and The Sentinel. When I finally experienced Communion, it became a staple in our household. The themes of religious fanaticism were chilling, as was that unforgettable translucent mask that Alfred picked up himself—he gathered all the props. I loved the icy, brooding, spine-tingling music by composer Stephen Lawrence. I marveled at Alfred’s brilliant depiction of Paterson’s off-kilter religious Italian-American community that he understood so well. In some ways, it had a Fellini-esque feel, though it was pure Alfred Sole. The densely hallucinatory images are emblazoned in my mind forever. So much texture, so tactile. The unnerving performances by actors who seemed like they could have been my own relatives. The film’s unrelenting mysteriousness… It was a puzzle box, and no matter how many times I experienced Communion—or Alice, Sweet Alice or, as it was later known, Holy Terror—it perplexed me. 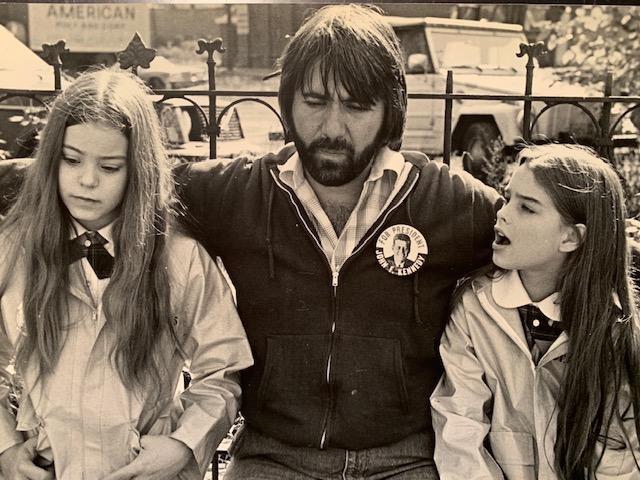 Alfred always spoke highly of his cast, especially Brooke Shields. He was proud of his association with her, that it was her first film, and always emphasized what fun it was to work with her and her mother, Teri. At some point, I believe he introduced Brooke to Louis Malle, who cast her as the lead in 1978’s Pretty Baby. Alfred described how all the early Communion ads and promos featured young Brooke holding a glowing crucifix/dagger in a white Catholic school dress. I didn’t realize she was in them, and that he shot those ads himself. He also created the eerie and iconic Alice, Sweet Alice poster art with the mask, baby doll, butcher knife, and shopping bag. Alfred arranged all these handpicked props and photographed this startling image. 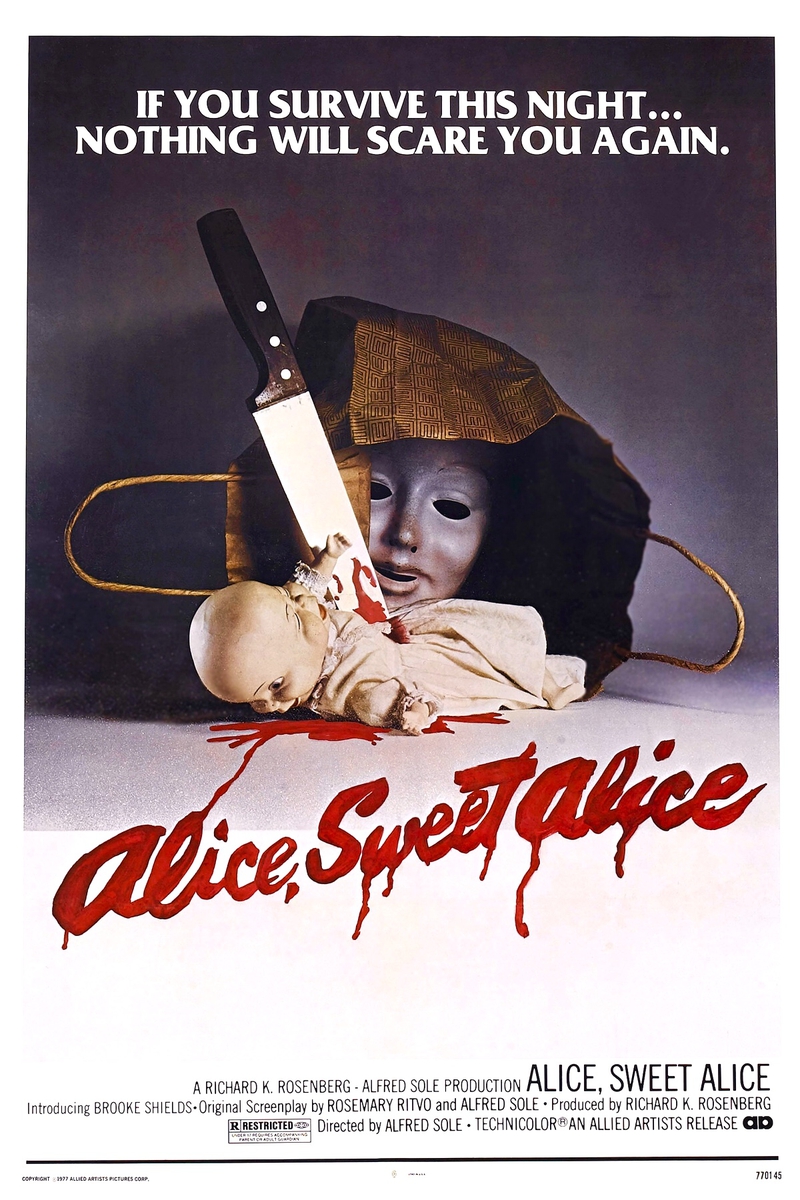 I know Alfred also adored directing Paula Sheppard, Mildred Clinton, Niles McMaster, and the rest of the cast. In later years, when he moved on to his following features, he always had high praise for Tanya’s Island’s Vanity (a.k.a. D.D Winters) and Pandemonium’s Carol Kane, Paul Reubens (a.k.a. Pee-wee Herman), Eileen Brennan, Eve Arden, Tab Hunter… Even though those two films didn’t fare well, they were fun, rewarding times for Alfred.

My cousin was always sending me special gifts, like the original Communion screenplay, a Gold Medal Award from the Virgin Islands Film Festival, framed posters, rare Variety ads; my studio is like the Alfred Sole Museum. Just recently, he said he was going to mail me a rocking horse from the TV show Bewitched. A rocking horse? Alfred was very fond of Bewitched star Elizabeth Montgomery, and they were good friends. They met around the time he wrote some scripts for Friday the 13th: The Series and Alfred Hitchcock Presents.

Alfred marched to the beat of his own drum. He was a true rebel: bold, hardworking, very ambitious. He lived completely on his own terms. He owned a farm in Utah with his husband, Rodrigo, and often traveled abroad to places like Morocco. Always on the go, working on some new film or TV project, he had boundless energy. When Alfred finally settled into his production designer period, doing Veronica Mars, Castle, and MacGyver, I could tell he was at his happiest. There was financial stability with these big television productions, plus artistic freedom, as Alfred often told me he could do whatever he wanted and build any set he ever dreamed of—and he did. He was in demand as a production designer, and I know that really tickled him and gave him a twinkle in his eye. I was so proud of him, and would tell him all the time. On each TV project, he led an army of art professionals; he was the boss of the sets and the visuals! Some people from his art departments recently informed me that he was often demanding, exacting and tough underneath the sunny charm, and I can imagine that because he was a perfectionist. 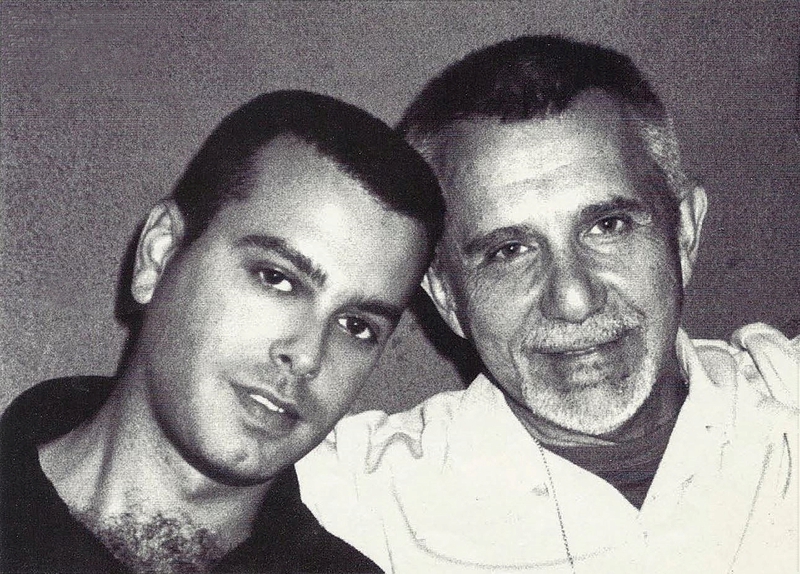 Over these past two years, each of our conversations grew a bit gloomier, and I was afraid for him. It hurts so much, because here was a man who brought only pure inspiration and happiness into my world. I would tell him every chance I got how much I cared about him and loved him, and I also needed to give back; I needed to do something. So I wrote the foreword to Troy Howarth’s book Unholy Communion: Alice, Sweet Alice: From Script to Screen, and helped uncover the lost soundtrack masters and had behind-the-scenes involvement with the release of the Alice, Sweet Alice soundtrack, from Waxwork Records on vinyl and CD. The book and album came out around the same time, and Alfred seemed thrilled.

He was the consummate artist and never stopped expressing himself through the arts, but when he started losing brainpower and couldn’t work anymore, he told me he felt useless on this planet and didn’t want to live. I gasped each time. Hard to believe that with all his accomplishments, his artistic successes, it meant nothing in the face of a looming, evil cloud: this depression. Alfred was horrified that he couldn’t continue in the business due to his oncoming dementia, his waning cognitive abilities. He wanted an exit. It was heartbreaking. I also know he was crushed by the death of his older brother Guy, who passed from COVID while on a ventilator in a New Jersey hospital. 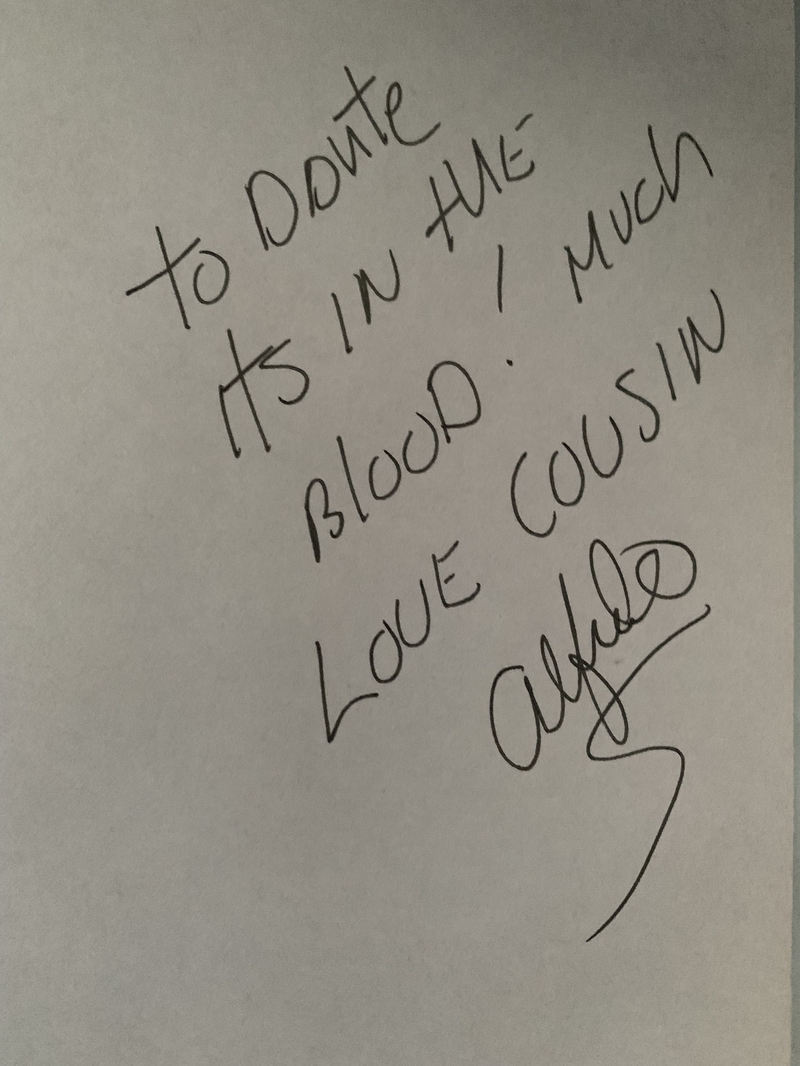 Alfred truly loved cinema, and was resentful he did not direct more feature films. It burned him. He mostly blamed himself, but overall he felt the Hollywood system had devoured him whole. It’s sad, because Alfred had so much more to give. His biggest regret was that he didn’t have the chance to direct more Hitchcockian horror movies like Alice, Sweet Alice. It’s like he was just getting started, and then the curtain slowly went down. At the same time, it was awe-inspiring how he rebounded as a production designer and made a name for himself in that realm. Though, Alfred told me shortly before his passing that he was, forever in his heart, a film director.

Alfred often said he wished he had just stayed in Paterson and continued making movies on his home turf, like George A. Romero and John Waters. Speaking of genre filmmakers, I remember the one time Alfred ever raised his voice with me was when I told him John Carpenter was my favorite director. I shouldn’t have said that, and I cringe now. Alfred barked, “Carpenter’s films are so overrated. They’re superficial, hollow.” I was indignant and held my ground. I’ll forever feel guilty about that exchange because I realize it was more of an emotional response since Carpenter also created a landmark slasher but kept on making lots of films.

It makes me feel helpless and guilty to believe that I could have done more in some way. I feel like I’m the one person who could have lifted him up and reminded him that he’s a living legend. I can’t believe he’s not here now, at least on this plane. I can’t believe I can't call him for advice anymore. His voice, his energy is all around me. We were indescribably close and understood each other on many levels. He was so supportive, kind, and generous. My idol, my hero.