Exclusive: We Take You Into The DEVIL'S WORKSHOP FX Workshop With Cig Neutron And KC Mussman

Behind the scenes of turning Radha Mitchell into a psychosexual demon from hell! 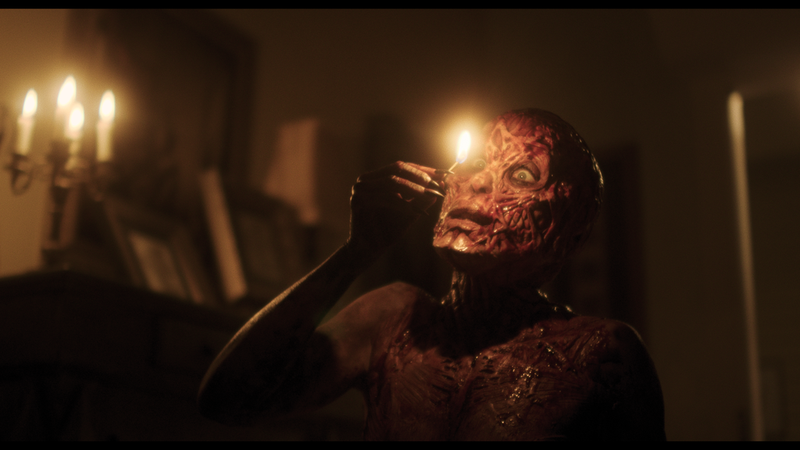 Director Chris von Hoffman describes his new psychological thriller as, "a play on film in the vein of an 85-minute existential Tales From the Crypt episode." The story follows struggling actor Clayton, who is desperate for a role as a demonologist, but Clayton has some hostile competition with his long-time rival, Donald. Determined to get the role at all costs, he contacts an expert in devil lore. During a weekend at her home, Eliza forces Clayton to confront his troubling past through the practice of dark rituals. Does she want to help Clayton, seduce him, or destroy him?

Director Chris von Hoffman says "The demon makeup was one of my biggest concerns in the early development process. The film itself doesn't lean into full-on horror until the final 5-10 minutes with the demon reveal, so it had to hit HARD when it happened. Cig and KC sent me work-in-progress stills remotely from LA while I was prepping in Mississippi. It looked very cool, but I still had no idea what it would look like until an hour before we shot the scene. So when Radha Mitchell came out in full makeup glory, it was how I envisioned it. Cig Neutron and KC Mussman are raw talents, and working with them was a dream."

The demonic effects of von Hoffman's dreams (nightmares?) were designed by Face Off Allstar, Cig Neutron and painted/ applied by effects artist KC Mussman. Here Cig and KC break down what went into turning Radha Mitchell into a psychosexual demon from hell in this FX diary of sorts.

Take a detailed peek at some of the FX and concept art along with some details from Cig and KC's personal FX diaries where they walk us through the process in their own words. Cig Neutron kicks us off.

"As soon as I read the script and got to the climax I enthusiastically hopped on board. I love mixing sex and horror in my personal work, so designing a demon that was both sexy and repulsive was an absolute joy for me." 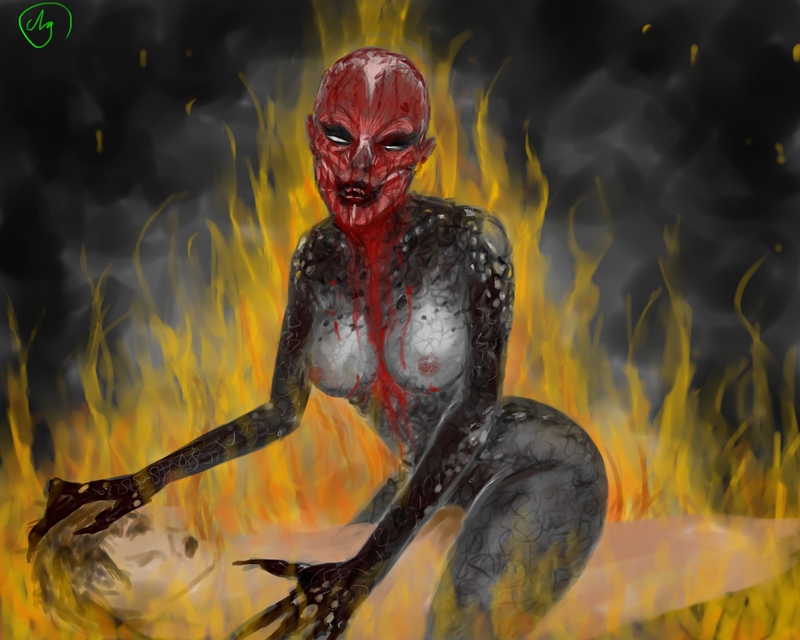 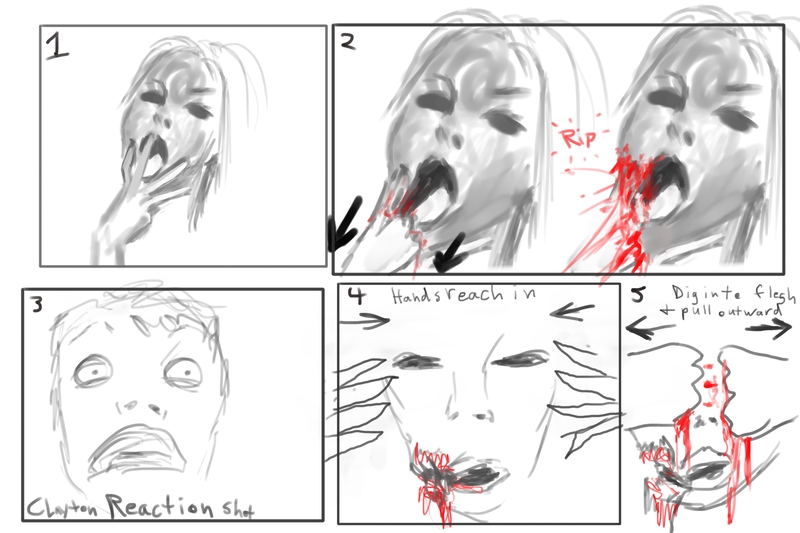 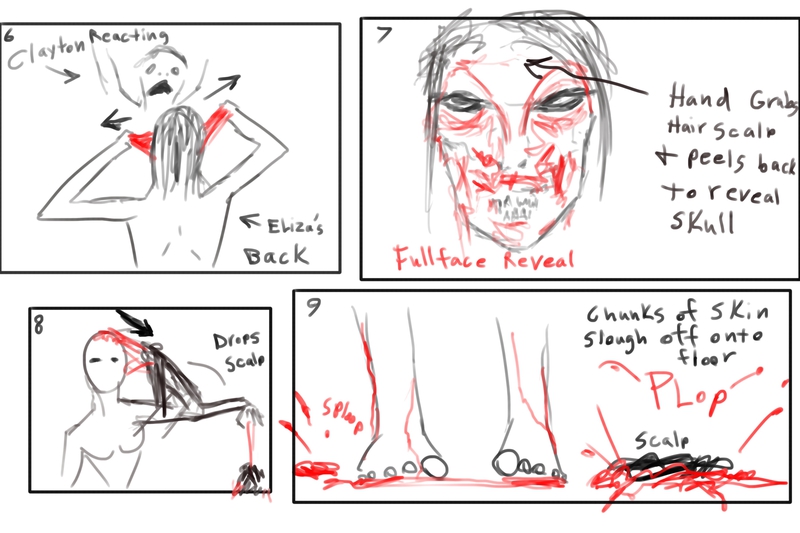 “The schedule was so tight that from the time we lifecasted Radha (Mitchell), I had only ten days to create all the creature FX before I had to send everything off with KC to set.” 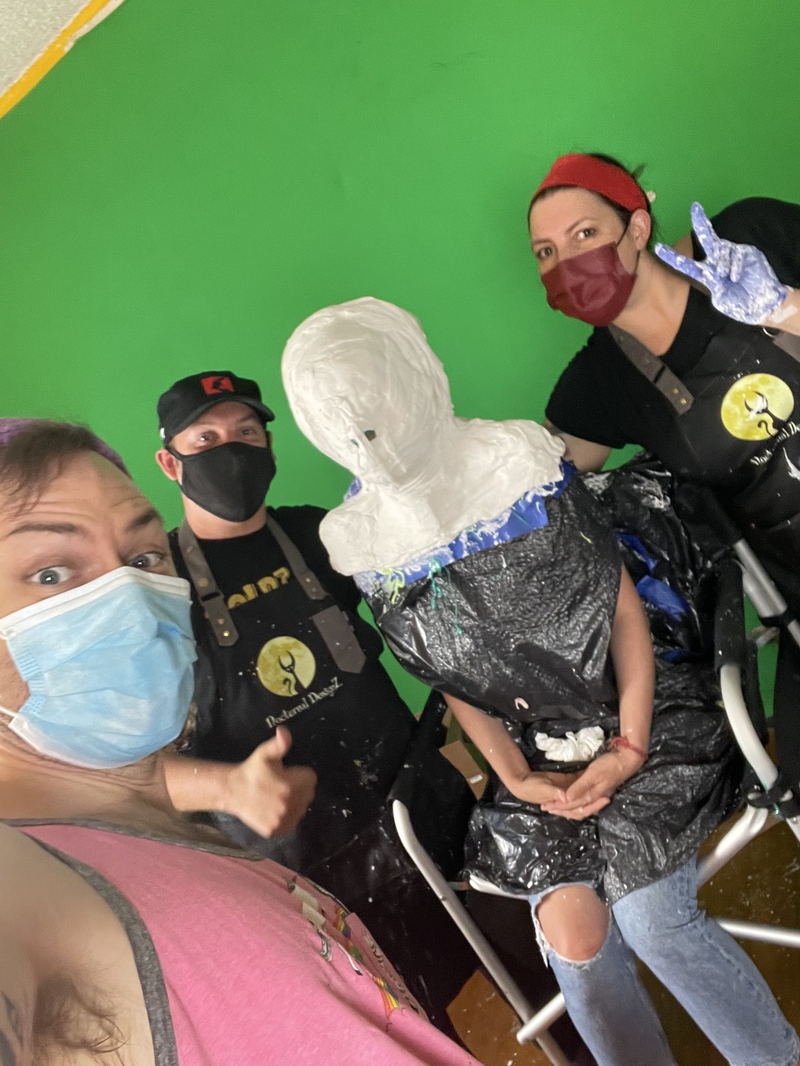 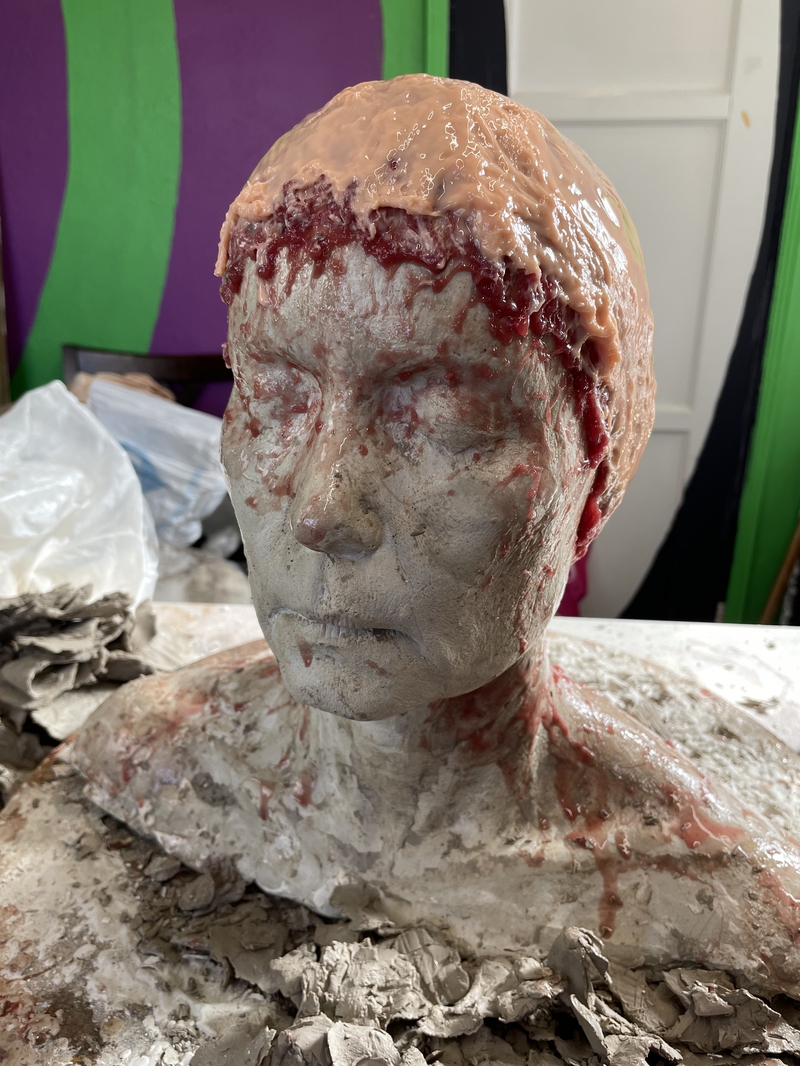 “There were so many things to be made, so it was a brutal non-stop 10 days, but luckily I had KC and Or Mussman of Nocturnal Designz really coming through. A time crunch is never ideal for a project like this but, much like being on FaceOff, the lack of time keeps you from overthinking things. The prosthetic creation process has so many steps and if you're pressed for time you just have to make a decision and commit to it.” 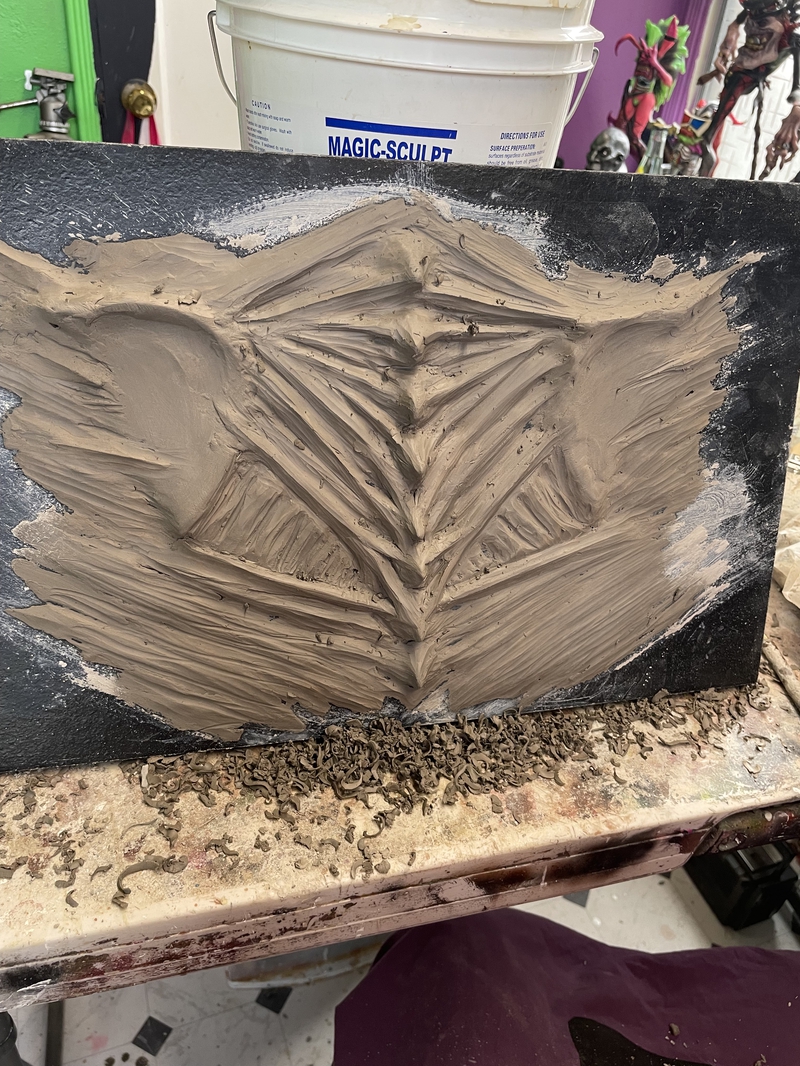 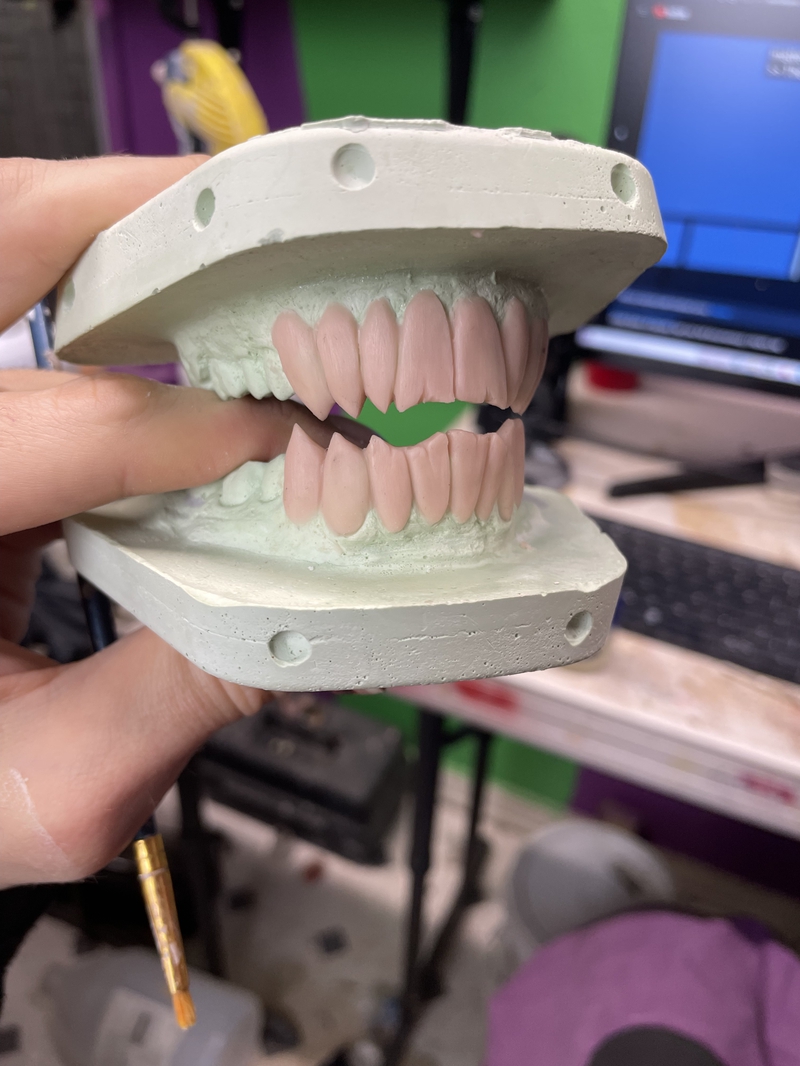 "This film is the first time I created the prosthetics and passed the baton to someone else to apply them. I couldn't be more proud of KC and her team for bringing it all to life on set." 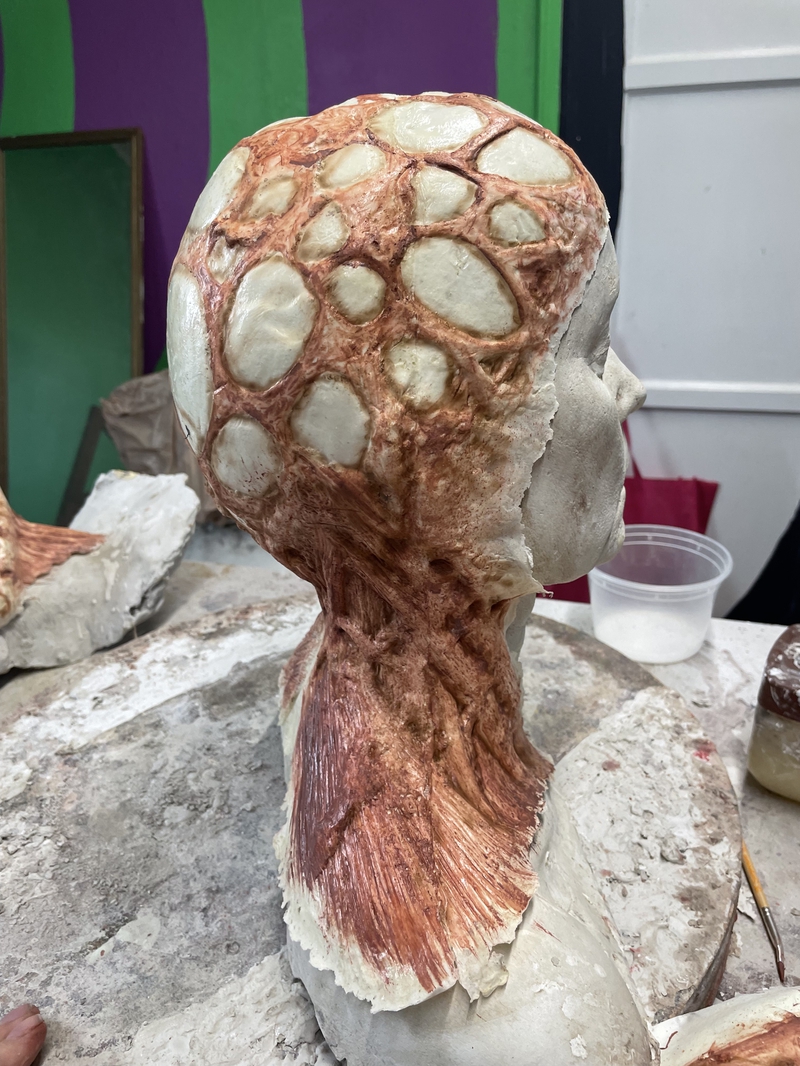 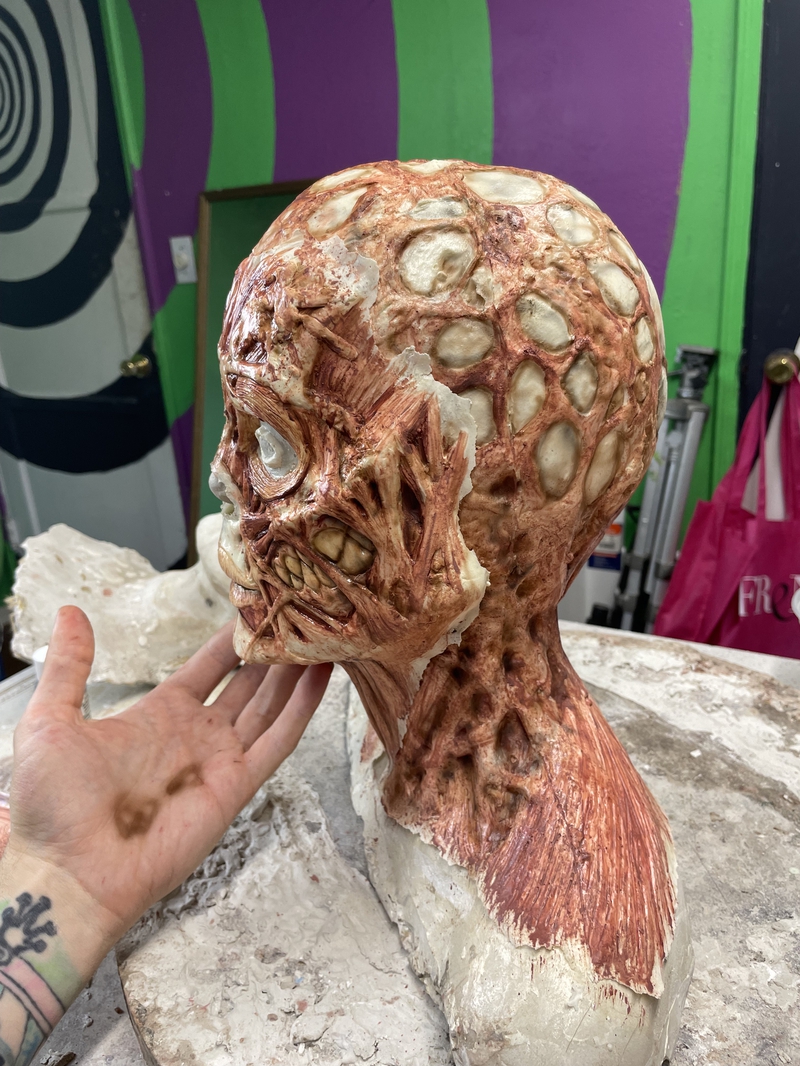 "When Cig called me about this project and said we were going to transform Radha Mitchell into a demonic succubus I was beyond thrilled. After all films like Silent Hill, The Crazies and Pitch Black ignited my passion for horror filmmaking." 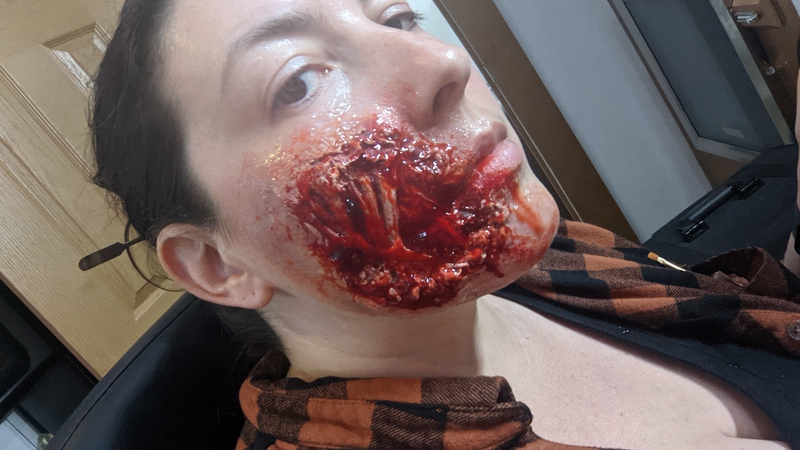 "I was thrilled to apply these prosthetics. Cig's work is highly stylized and has a very unique look that I thought would pair well with my own style of hyperrealistic application and painting techniques that would complement each other. Moreso Cig was incredibly open to giving me artistic freedom to add and stylize the pieces when I applied them in Mississippi." 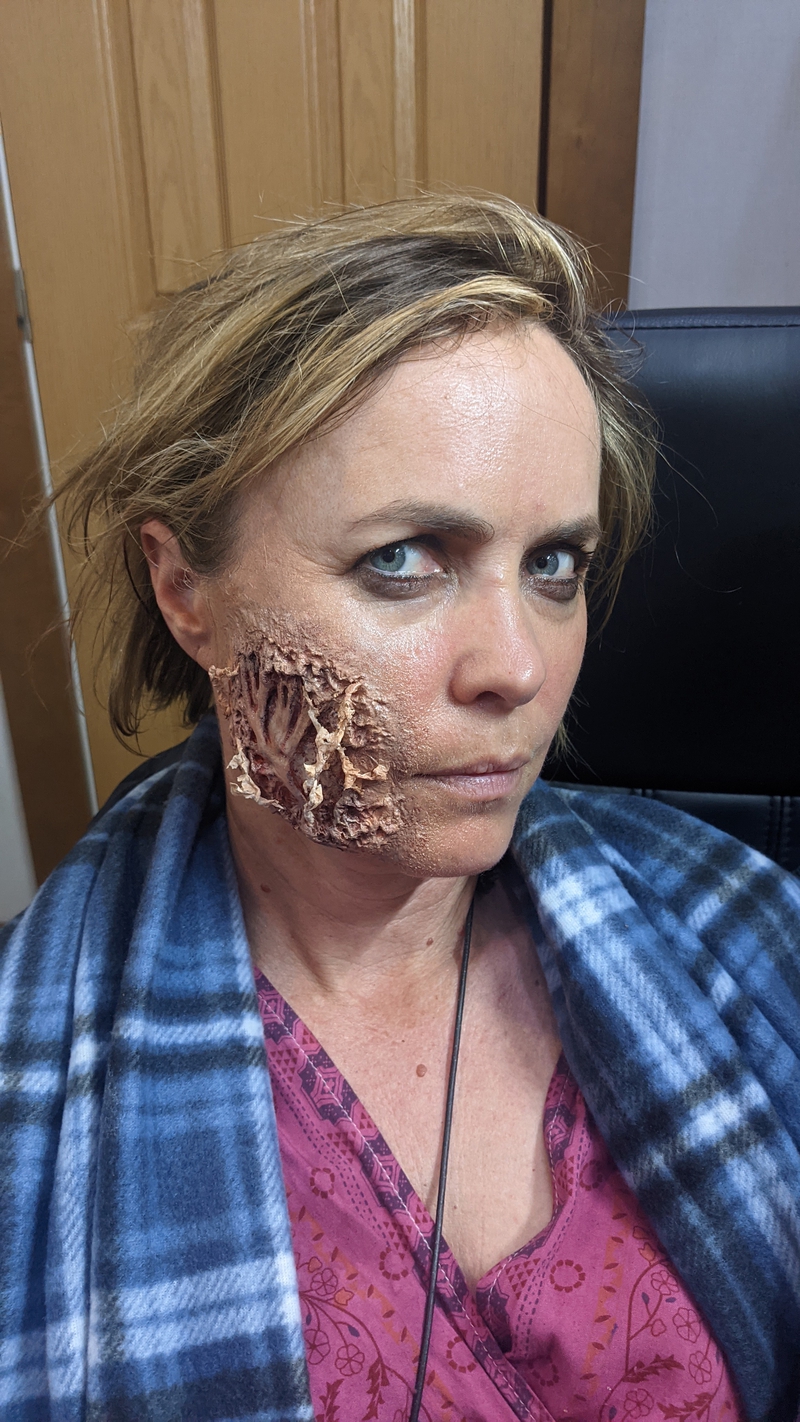 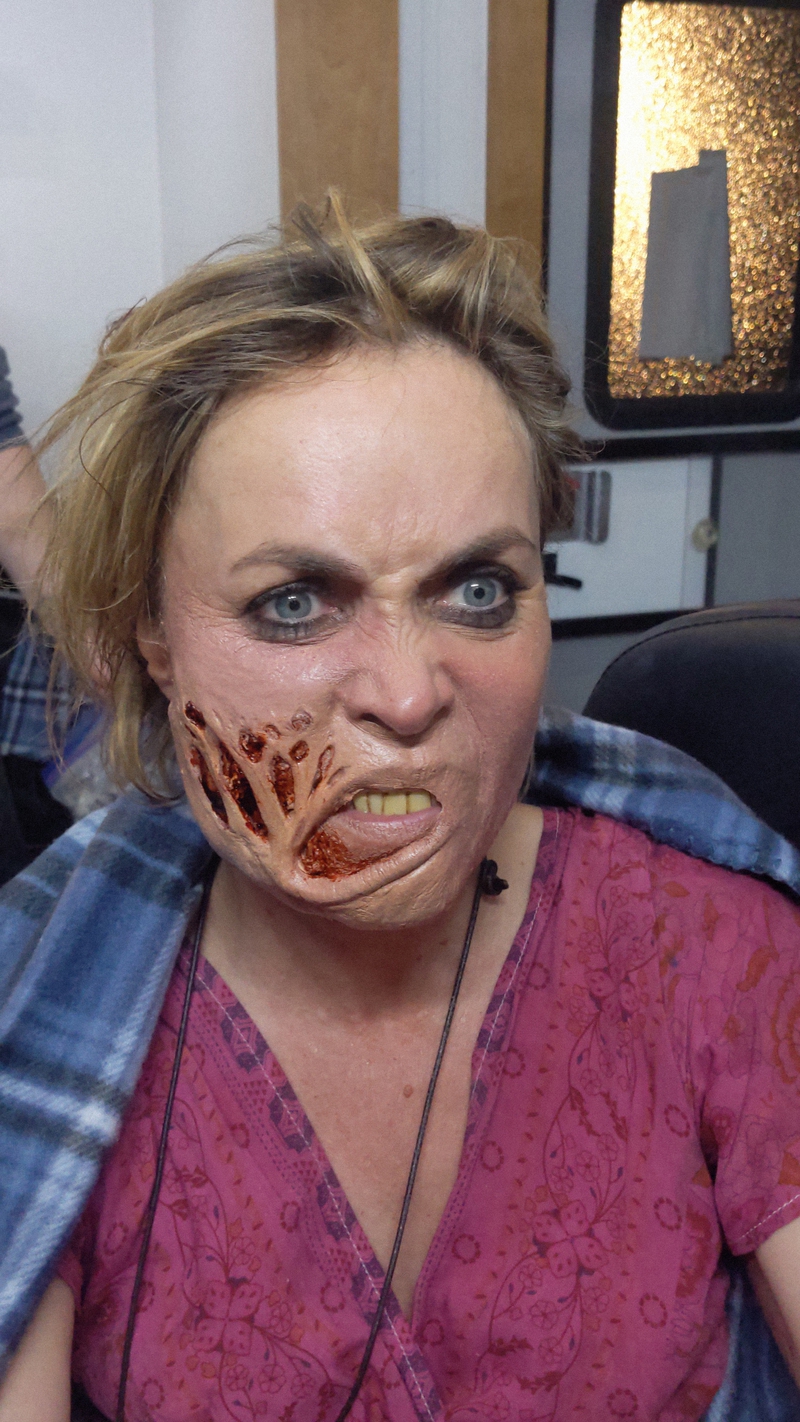 "The makeup took me three hours to apply, assisted by Heather Rose, and consisted of ten prosthetics, claws, and teeth dentures. Radha unreservedly transformed and acted the hell out of this demon. Her performance was so powerful and precise, we were fortunate to have her." 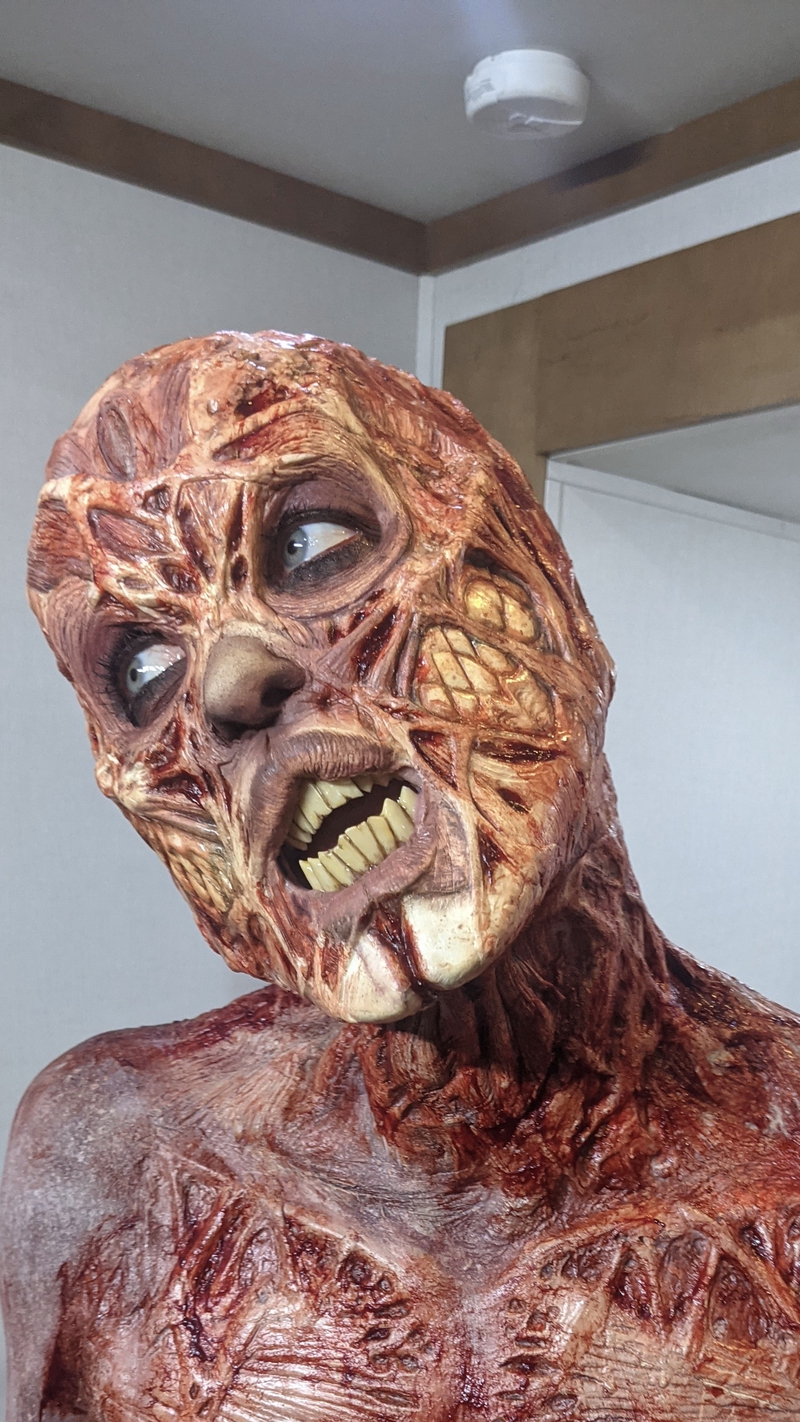 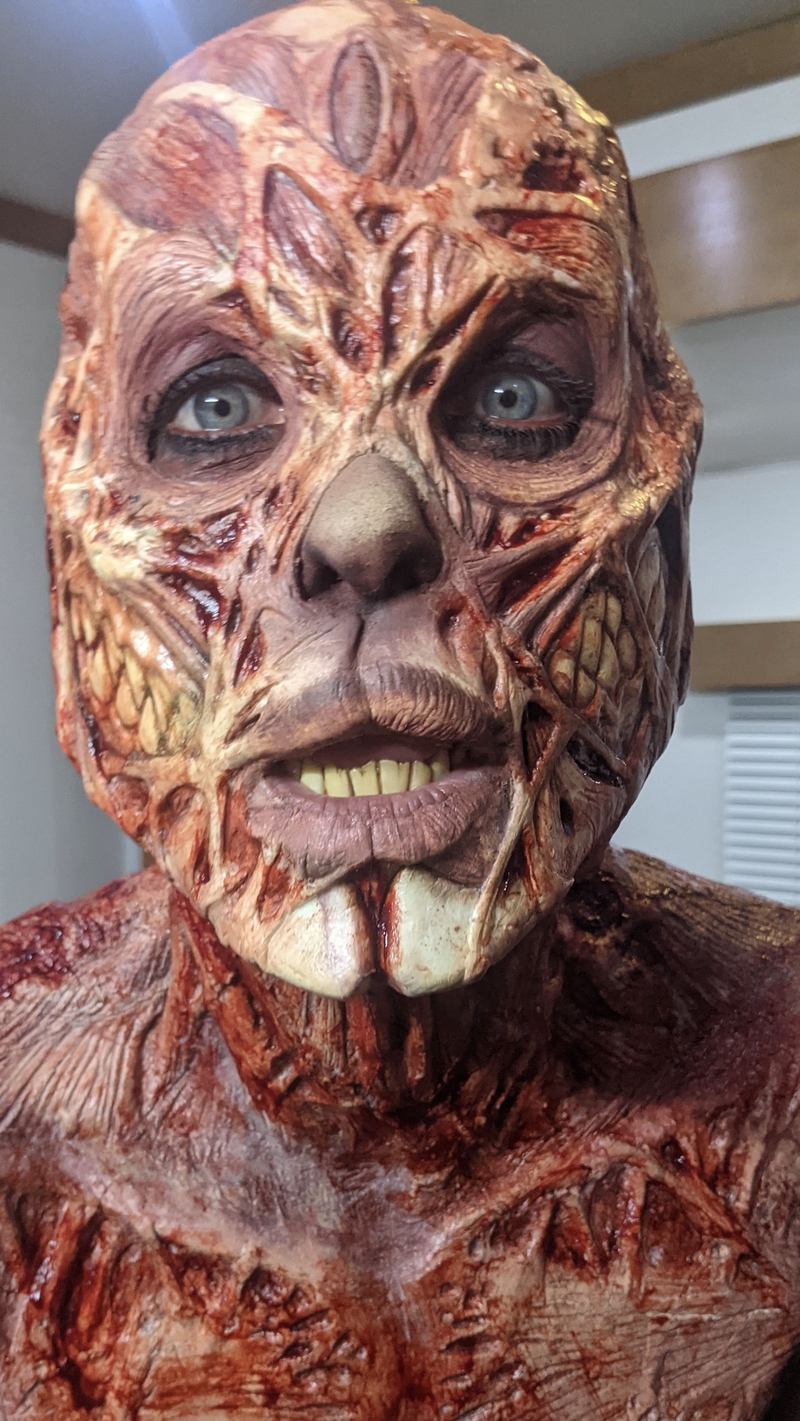 I went over to Cig's to see his design and was seduced right away with the intricate and gruesome forms and shapes he was planning. Director Christopher Von Hoffman discussed his vision for this transformation and several other prosthetics I would be creating for the film and we had a few rounds of passionate brainstorming. The work had to start immediately to make time and we life casted Radha over at Cig's amidst sculptures of his many wondrous otherworldly creatures. She was excited and animated from the get-go. Radha was here for it and very collaborative, making suggestions for her character in a think tank session that was inspiring as well as enjoyably creepy between Cig, Radha and myself. 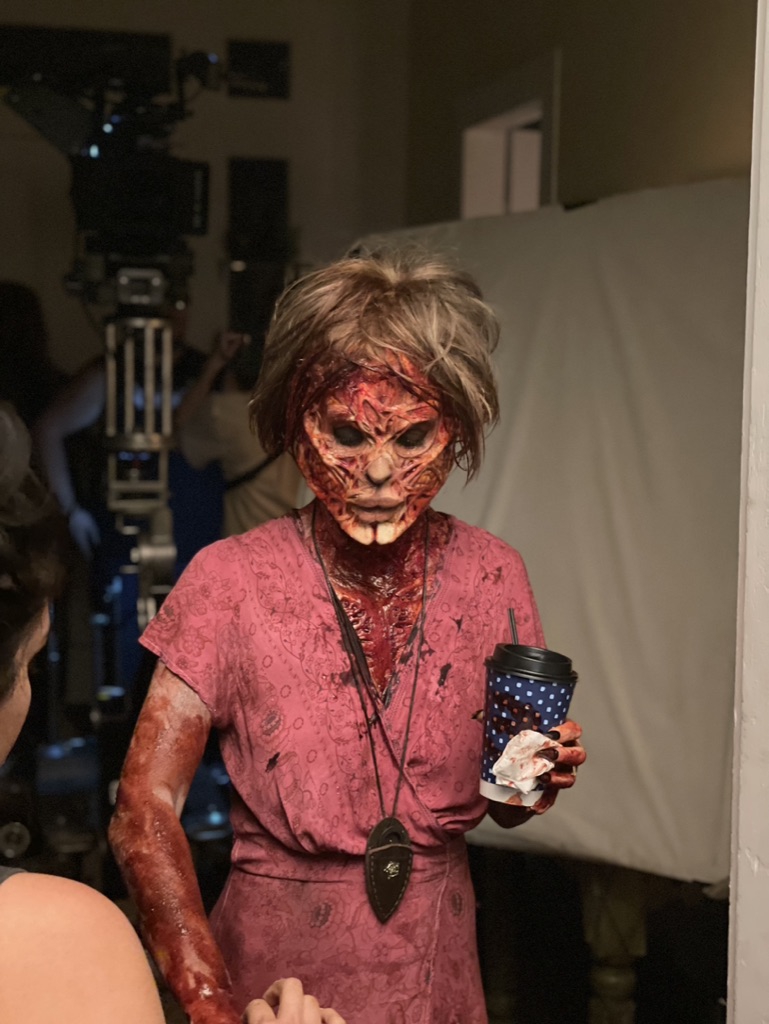 Once the lifecast was taken I casted the teeth and cig started the task of sculpting all his designs which I partially molded with Cig and Or Mussman who ran the foam at our shop Nocturnal Designz. I was thrilled to apply these prosthetics. Cig's work is highly stylized and has a very unique look that I thought would pair well with my own style of hyper-realistic application and painting techniques that would complement each other. More so Cig was incredibly open to discussing the designs of the paint jobs and textures and giving me artistic freedom to add and stylize the pieces when I applied them in Mississippi. 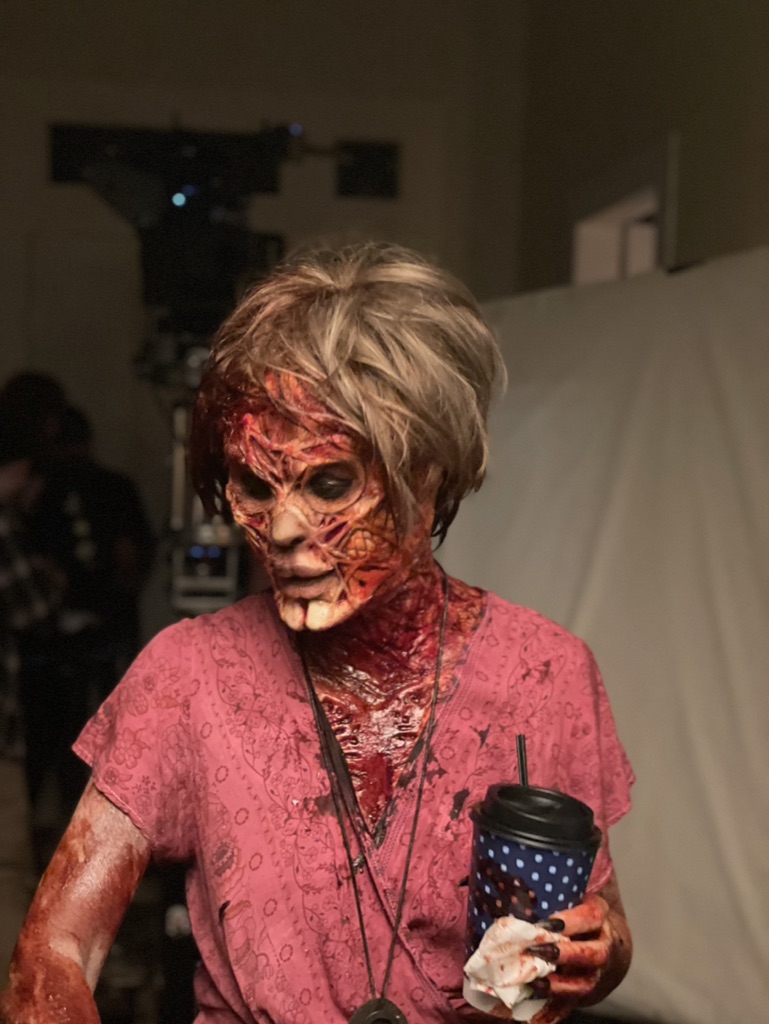 The set was rustic, authentic, and very creepy. Aside from the demon reveal I had a few extra special effects to create. Heather Rose, the talented Department Head and I were constantly painting up lead actor Tim Granadaros in blood and gore. There was a nose bleeding gag where we needed to insert blood into the nostrils and time it perfectly to drip down onto Radha's face, a fight scene, lots of sweat, slashed ankles, and a branding iron burn prosthetic that I sculpted and applied several times. The burn had to match a custom branding iron design and was blueprinted, drafted and sized exactly to the prop so the fit was snug and perfectly aligned. 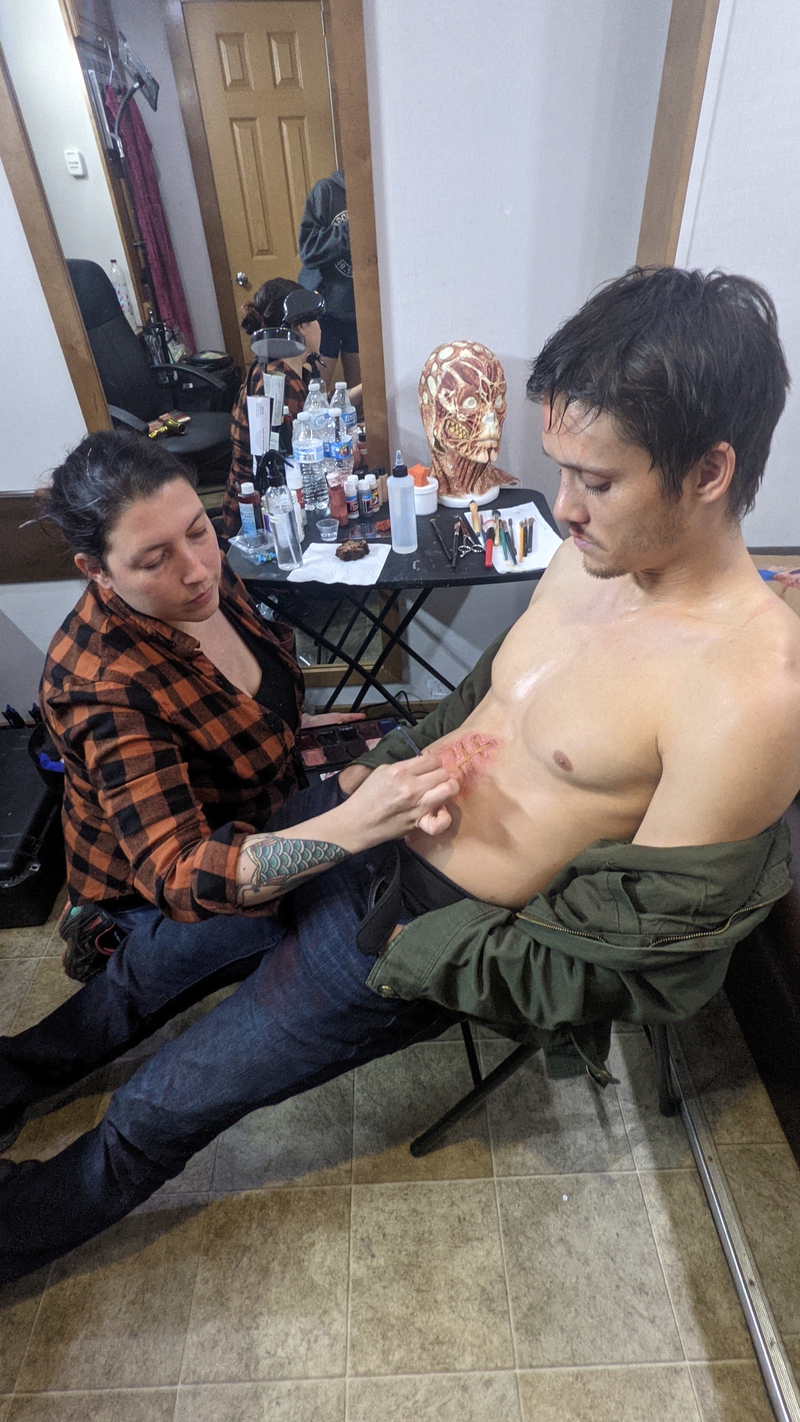 Tim and Radha were so integrated with their characters to the point it was easy to forget that they wore spfx makeup, and it felt like they were genuinely wounded and tormented. you could feel the horror blood and grit on camera as they gave 100% take after take. The big demon transformation was done in several parts. The makeup took me 3 hours to apply, assisted by Heather Rose and consisted of 10 prosthetics, claws and teeth dentures.

Cig also created a brilliant scalped wig that matches Radha's hair that I applied with thickened blood-tinted methocel slime and 5 different types of blood and gels, so when she tears it off there would be different textures and colors, to compliment the forms Cig sculpted. We also had little pieces of flesh made in ziplock bags full of slime and blood that we would rain down by her feet to emphasize her shedding. 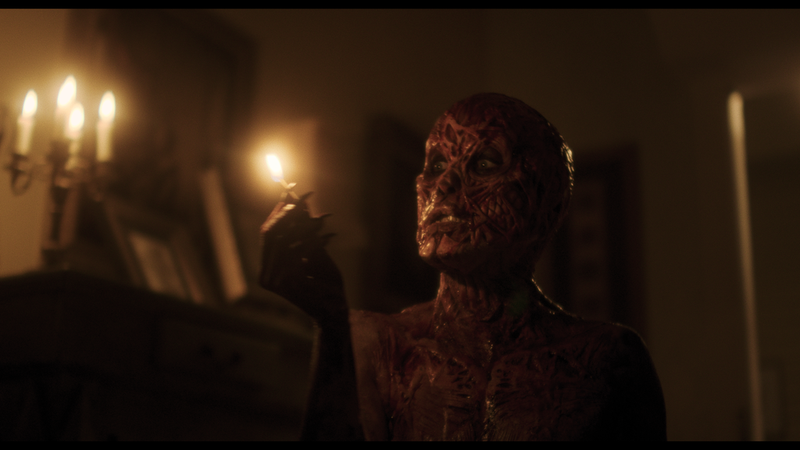 Radha unreservedly transformed and acted the hell out of this demon. Her performance was so powerful and precise and we were fortunate to have her since a lot of the heavy fx scenes were one takes when she rips off various prosthetics. One such scene was Radha tearing off her cheek. The prosthetic had two parts — one that was glued down to her actual cheek and sculpted to look like torn-off flesh and another that I sewed into the bottom piece with thin latex gristle and packed with blood and slime so when she tore the top off we would see the gooey gory strands stretch and rip. 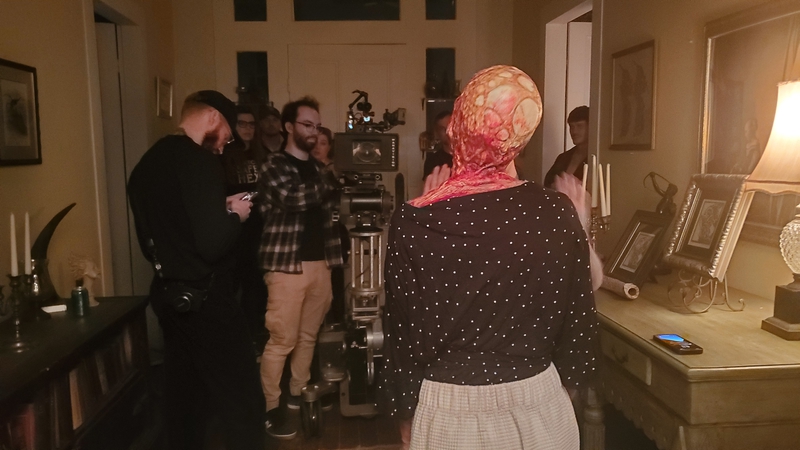 Even though the work was tough, the shoot was a great experience, the cast and crew all pulled together and everyone brought so much magic, talent and good energy to the table. Director Chris and producers Geno and Joe were always going out of their way to make everyone feel as comfortable and taken care of as they can. It takes a badass team to conjure up an awesome demon film and make the ritual a success.

Too many amazing photos to squeeze into one article, so feast your eyes on this demonically delicious photo gallery of more behind-the-scenes and check out Devil's Workshop now available On Demand and on Blu-ray.