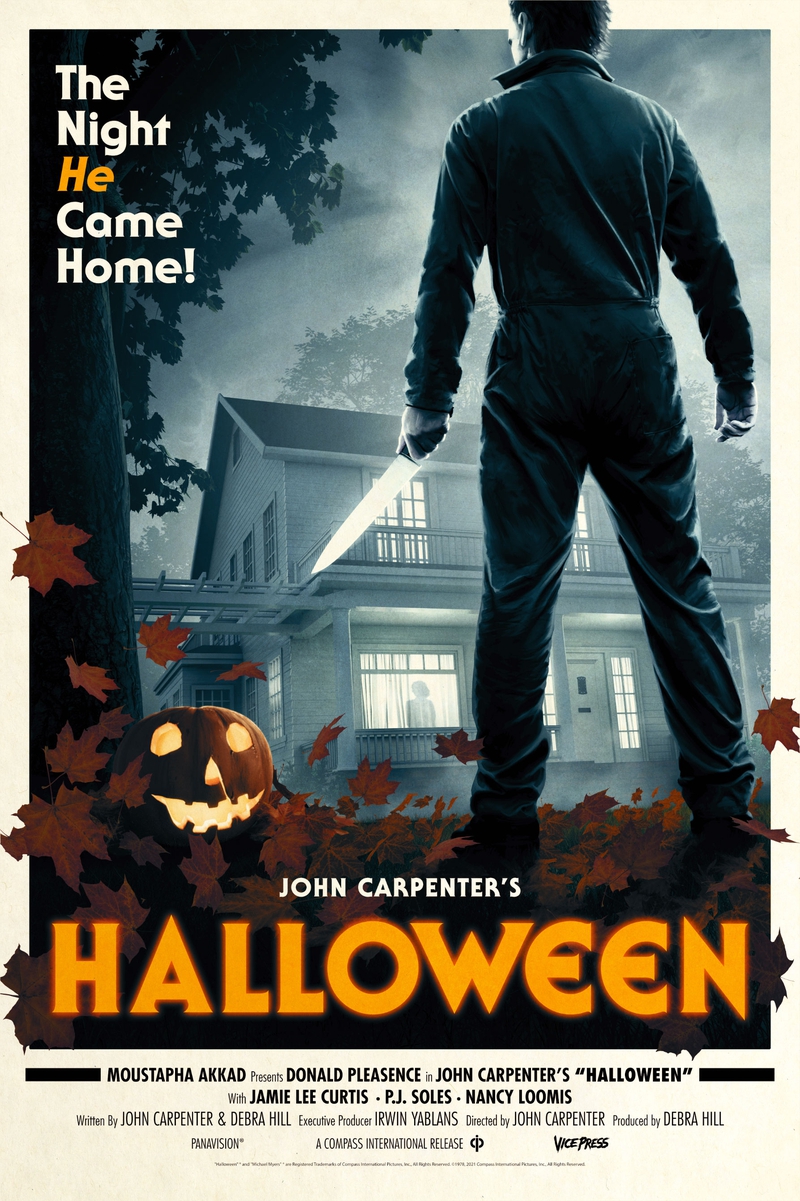 This coming Tuesday, October 26, at 1 pm EST/6 pm BST, Vice Press will be celebrating the spooky season with their very first set of prints for John Carpenter's 1978 classic Halloween! Illustrated by Vice Press co-founder Matt Ferguson and produced under license from Compass International Pictures, FANGORIA has been given the exclusive first look at the poster and its two scary variants.

This release will feature a regular edition of 350 and black-bordered variant edition of 250, each 24x36 inches, along with an open edition A2 print released as part of the Vice Press Editions line. Each print will also come signed by Ferguson. Watch out for some THING else coming before the end of the year, too!

To add some more candy to the bucket, Vice also enlisted Florey to design a brand new Halloween-themed pin set featuring the iconic pumpkin from the opening credits. You'll find those below as well.

The new Halloween art continues Ferguson's series, which began with They Live, The Fog, Prince of Darkness, and Escape From New York, which can still be picked up from Vice-Press.com.

"The other Carpenter films I've worked on for StudioCanal and Universal have really set out the groundwork for how I approach these posters, so in some ways, it was quite easy to get into the groove on this once I had the concept in place," Ferguson told FANGORIA. "The one thing I wanted was to not really show all of Michael, which is why his head cuts off at the top of the poster. I wanted to give the feeling that Michael is ever-present, in the corner of the frame, so to speak. Halloween is, in my opinion, a perfect film. I have always slotted it in with films like Jaws. It's more than just a slasher film. It's in my top five John Carpenter films, which automatically puts it in my top ten favorite films ever. So getting to work on it is something I've wanted to do for years. Now I just need to get the art used on a special edition Blu-ray!" 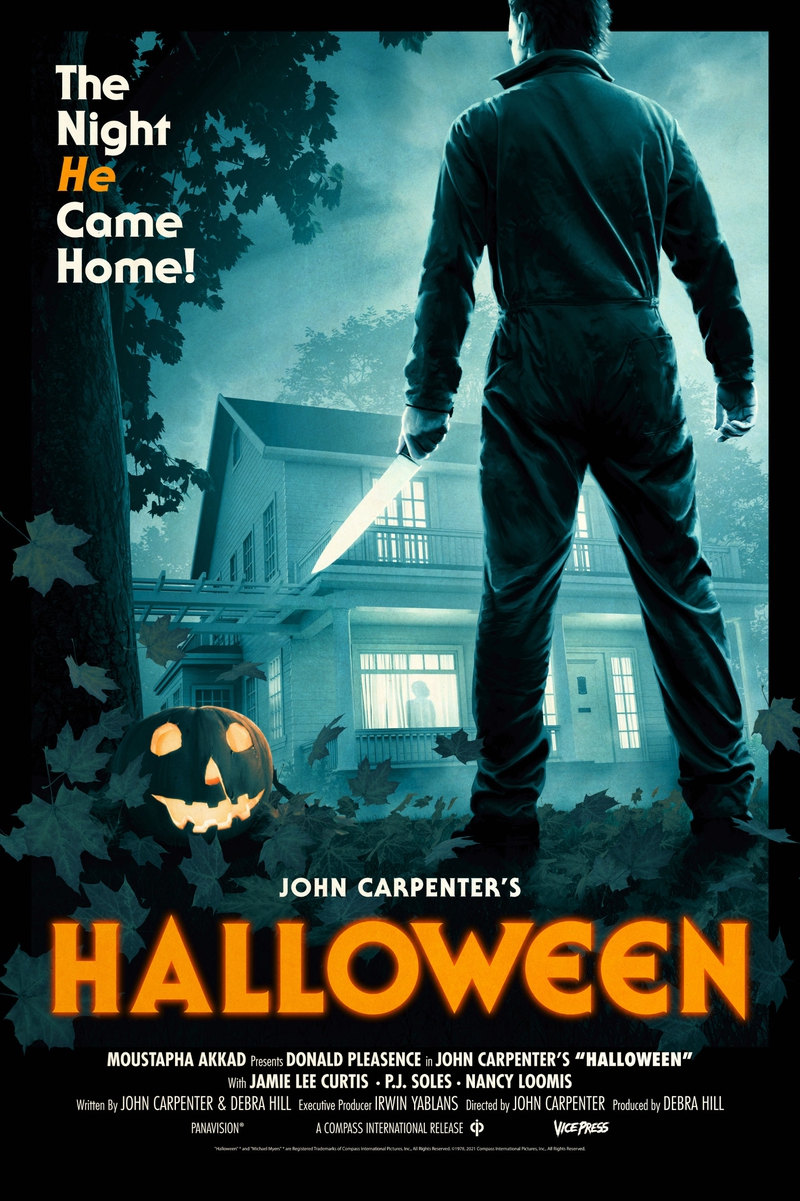 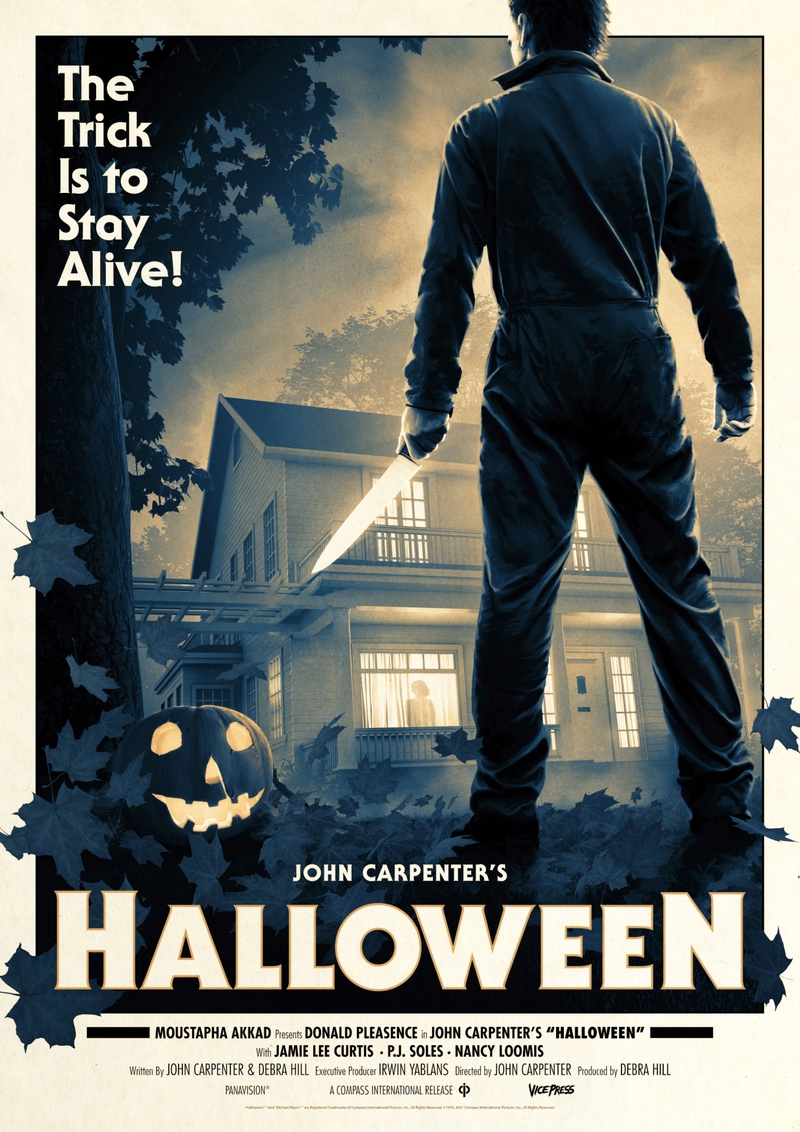 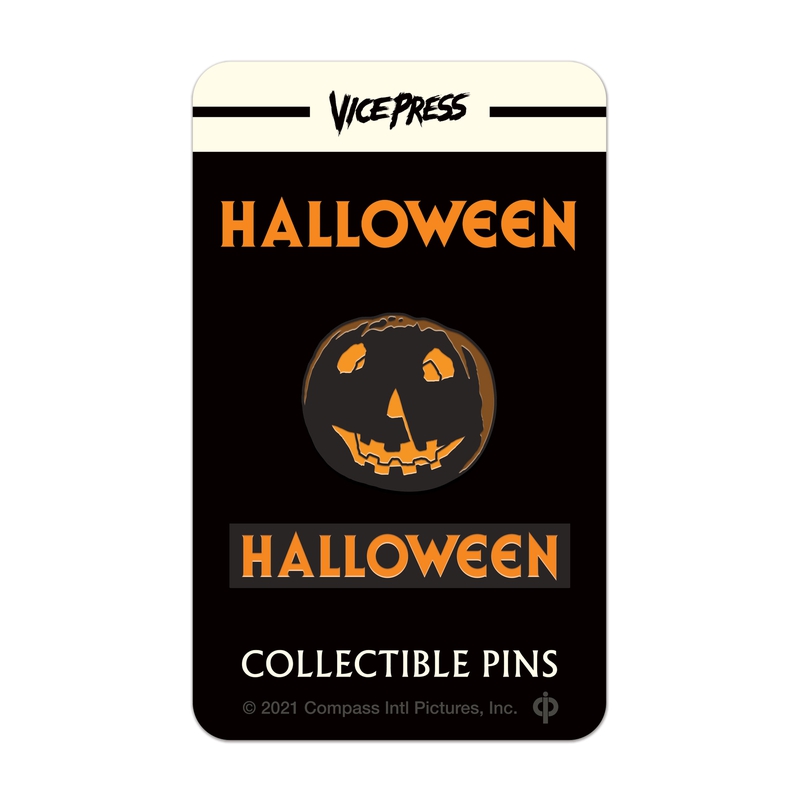 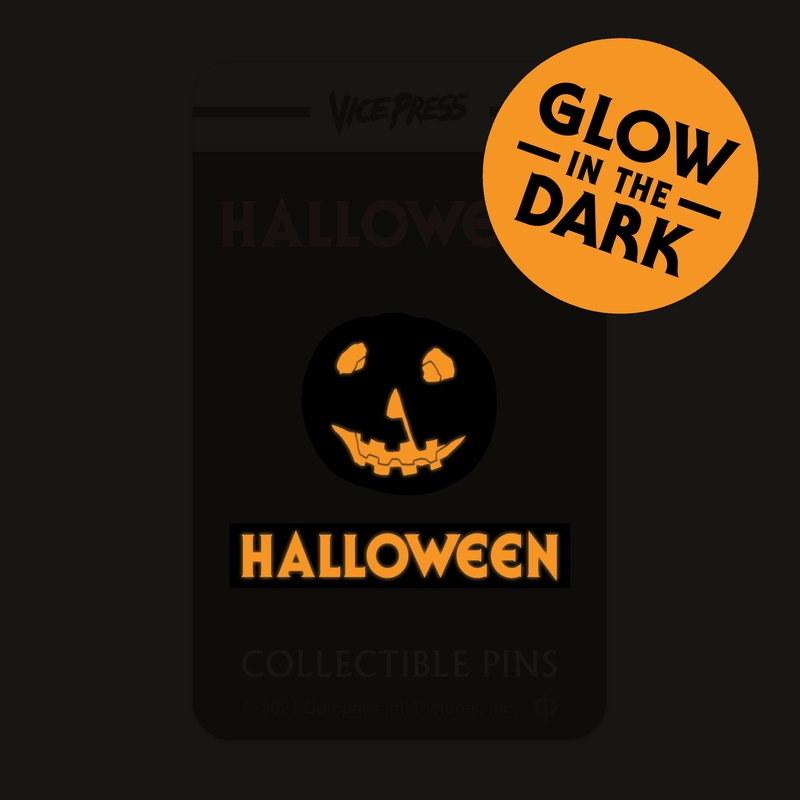 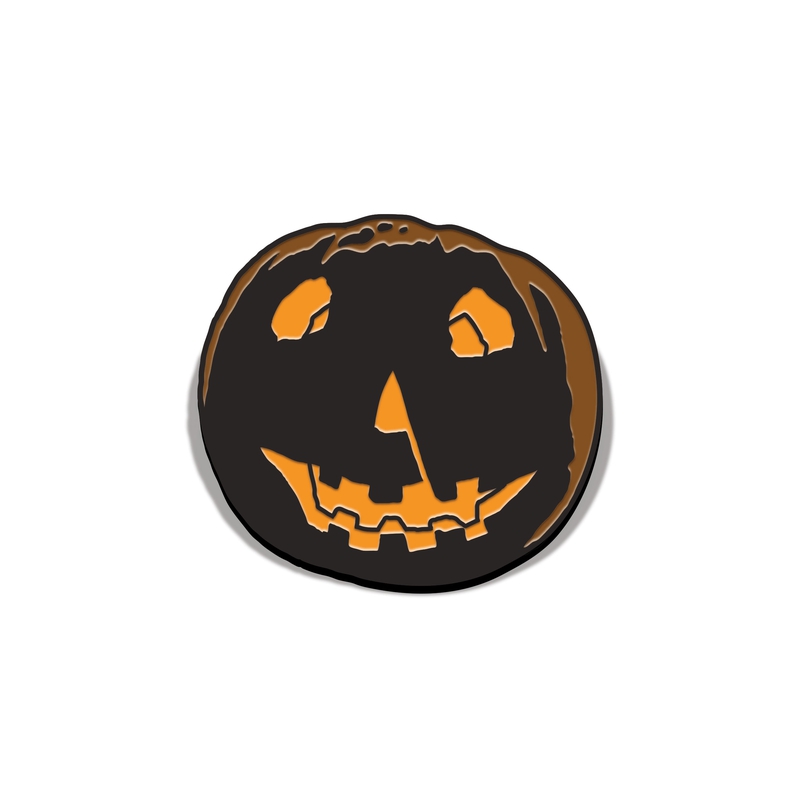 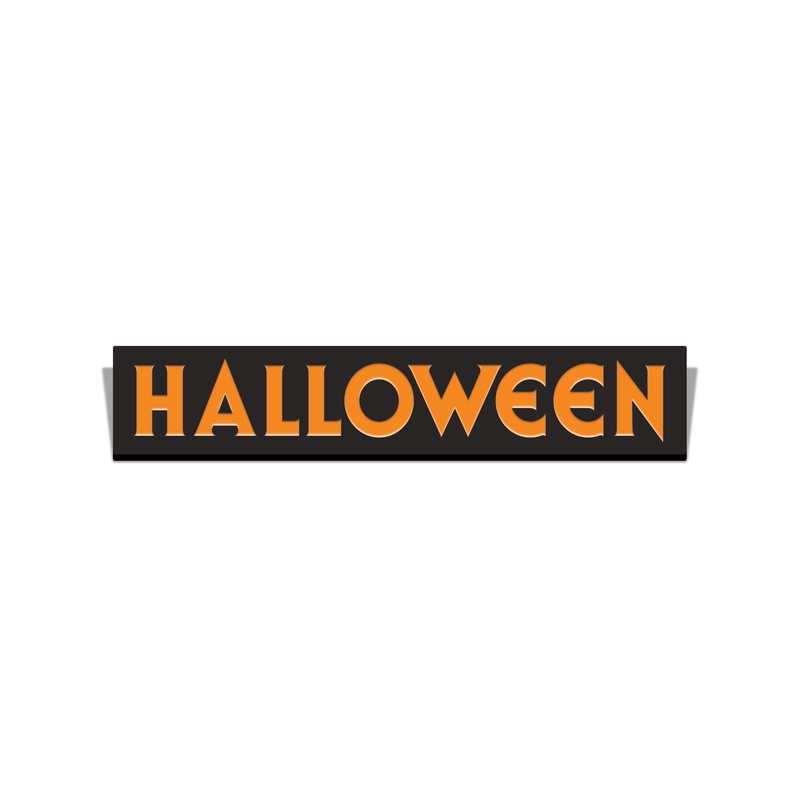 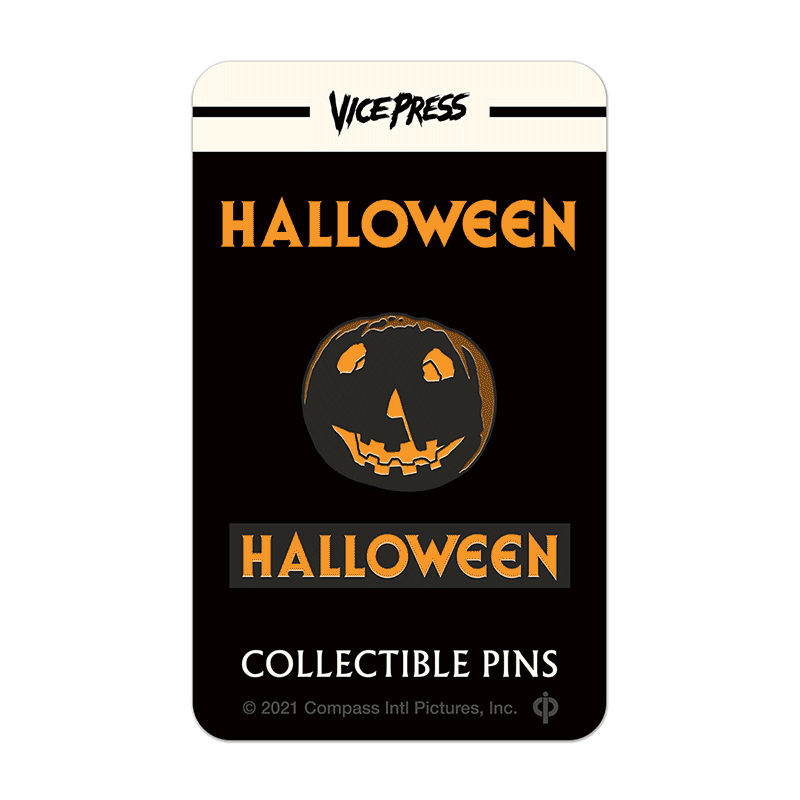