Work continues apace on one of our most highly-anticipated horror projects. 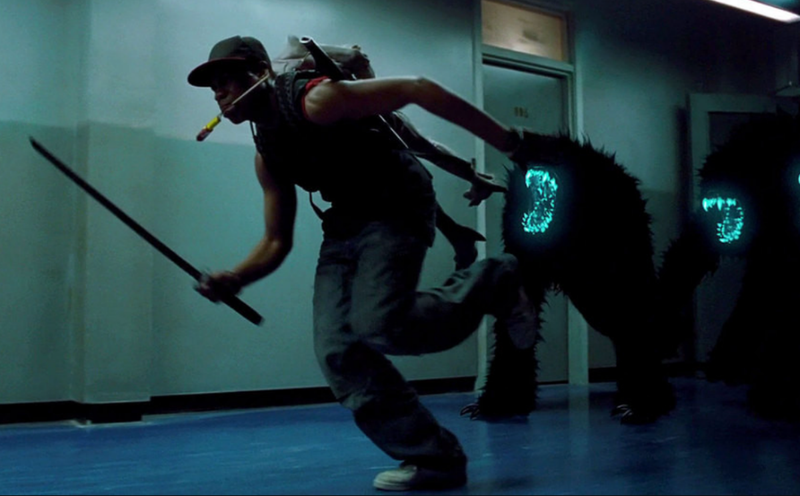 This week on FANGORIA's THE KINGCAST podcast, director Joe Cornish stops by to discuss his latest project for Netflix (the extremely cool Lockwood & Co.), his preferred Stephen King title (1981's Cujo), and to provide listeners with something of an update regarding the long-gestating Attack the Block 2, the sequel to Cornish's 2011 creature feature.

For those who've never seen Attack the Block, the film revolves around a group of ne'er-do-well teens in a UK housing block who find their neighborhood under invasion by a very aggressive alien species. Starring John Boyega, Nick Frost, and Jodie Whittaker, the film is one of the absolute best genre films of the past two decades, and information about its sequel has been somewhat hard to come by since the project was announced roughly two years ago.

And so, asked to provide a status report on that sequel, Cornish offers the following:

"The nice thing about the first movie was, nobody was expecting it. Nobody knew who John [Boyega] was or who I was, certainly, outside of UK comedy circles. And we put a lot of work into the first one! Obviously, I can make stuff up about aliens quite easily, but the other stuff - the aspects of reality that we folded the fantasy into - we did a lot of research for, and so we are currently doing that same thing.

We have a very detailed treatment and a storyline we're very, very excited about - and when I say 'we,' I mean me and John Boyega, who [I'm co-producing the film with] and consulting very closely with - and we're doing all the research to make sure we get it right."

"This very afternoon I spent two hours [interviewing] someone whose life intersects with one element of the story, and when we're done here I'm gonna go home and transcribe that. So, we're doing our due diligence in building the screenplay and taking the same amount of care we took with the first one ... but we're very, very quietly confident and excited about what we've got. We think about Alien and Aliens and Terminator and Terminator 2, and we wanna take a shot at doing our version of what people did for [those movies]."

Well! We're very curious to see how these comparisons between Alien, Terminator, and their sequels end up mapping onto whatever Attack the Block 2 turns out to be. We're also thrilled to hear that Cornish, Boyega and company are putting in the hard work that a sequel to this very special film all but demands. Our guess? It'll be worth the wait.

You can listen to Cornish's entire episode of THE KINGCAST here. Please stay tuned for further updates on Attack the Block 2 as they become available. We'll be keeping a very close eye on this one - believe it, bruv.