EXCLUSIVE: Bryan Fuller Tells Us Everything He Can About CRYSTAL LAKE

"We can use everything," says the showrunner of Peacock's new FRIDAY THE 13TH prequel series. 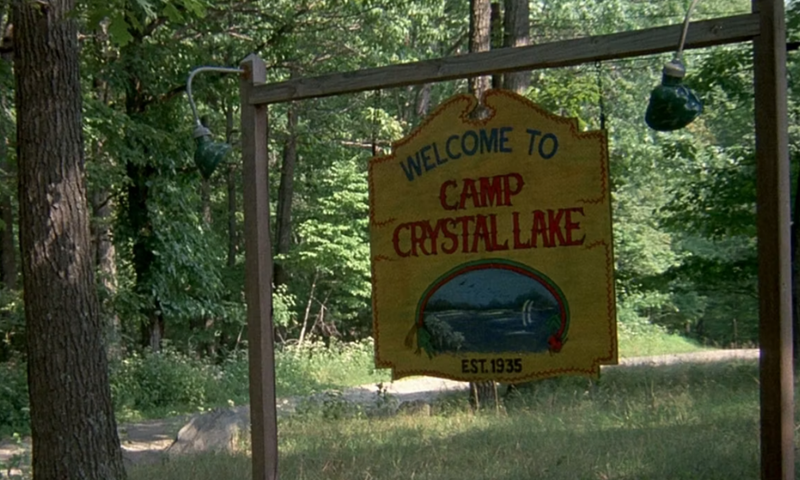 Yesterday, the news broke that Bryan Fuller (Hannibal, Queer for Fear, Pushing Daisies) and A24 would be bringing a Friday the 13th prequel series, to be called Crystal Lake, to NBCUniversal's streaming service, Peacock. As you can imagine, this announcement went off like a bombshell within the horror community. It's a series rather than a movie? And a prequel, at that? Would Jason Voorhees even be in this thing?

Well, as it happens, Bryan Fuller is a regular guest on THE KINGCAST, the Stephen King-themed podcast I host for the FANGORIA Podcast Network, and I knew if I wanted to get some straight answers on what he and his collaborators might be planning for Crystal Lake, the easiest (and, quite frankly, most reliable) thing to do would be to give him a ring.

And so, without further ado, here's what he was able to share on the record.

FANGORIA: The rumor mill was churning within seconds of the Crystal Lake news dropping, and I figured I'd just come straight to the horse's mouth to get some answers.

Excellent. So, for starters, what characters and locations and whatnot are you allowed to use from the Friday the 13th franchise?

A24 and Marc Toberoff, who is Victor Miller's lawyer, have beautifully and excruciatingly assembled all of the Friday the 13th rights. As a streaming series, we have the rights to do everything underneath the Friday the 13th umbrella. The movie rights are a completely different thing. They are tied up at New Line and are super, super messy and probably won't be untangled anytime soon, but as far as us chickens in the television industry, uh, roost, we have access to anything and everything that Friday the 13th has done up until this point.

This has been pitched as a prequel series, so how far back in the timeline will we be when Crystal Lake begins?

I don't think I'm allowed to say just yet, but I would say it's less a prequel series than a ... pre-remake-uel series.

Can you describe what "pre-remake-uel" means in this context?

Very well. But denoting it, even in part, as a prequel would tend to indicate that the series will revolve more around Pamela Voorhees than Jason. Will Jason be in it?

I wouldn't count Jason out.

OK, but you could be dancing around this. Could be that "Jason" is in it, but he's a kid rather than the masked killer everyone's imagining.

I think over the course of the series you will see many familiar manifestations of Jason!

Fair enough! I saw a bit of eyerolling yesterday on social media about the fact that Crystal Lake will be a prequel series, so I'm wondering what you have to say to anyone who's questioning that particular aspect of the show.

The reactions I saw yesterday were very positive, but yeah, there's always gonna be a collection of naysayers. That's nothing new to me! I encountered this when Hannibal was announced. Some of those tweets looked like copy-and-paste jobs from 10 years ago. So, part of me is sorta leaning back with my arms across my chest saying, "Wait and see," and the other part is more like, "Well, folks like that may not have to make a living with their imaginations and what they can imagine must be very disappointing to them."

Pamela Voorhees is clearly a very important character to you - you've dressed up as her before, for Halloween! - and I'm wondering if you can tell me why that is?

I'll tell you something very personal, and I may have shared this with you previously. I know part of this story has been out in the public discourse - as public a figure as I am, which is not very, but some people will have heard this: I read [a detailed plot synopsis for] Friday the 13th when I was maybe nine or 10, in Famous Monsters Magazine. This was a few years before I saw the movie! It became a story I'd tell my friends around campfires, which is also where I got my first taste of storytelling and the thrall an audience can fall under when it's hearing a story as captivating as that of Friday the 13th.

Everything you've done for television to this point has had a bold look - I mean, consider Hannibal, just for starters. Can we expect Crystal Lake to also have a similarly distinctive look?

Yes. One of the things that is super exciting and one of the many reasons that we went with Peacock is that they blew every other competitor out of the water. There was a bidding war on this, and they came in strong and gave us a full-season commitment with a huge penalty if we don't do a second season. So it's kind of a two-season commitment (laughs), but really just the first-season commitment. We're going to have roughly five times the per-episode budget that we had on Hannibal.

That kinda money buys a lot of machetes.

We also have the creative support of Susan Rovner, who is hands down the best television executive that I've ever worked with; she was the executive on Pushing Daisies and shepherded it into its final form. I've been dying to work with her again for 15 years, and we finally worked it out! Her excitement about this, combined with understanding the different emotional pressure points that I have as an audience member who worked with special needs kids (and who also had a serial killer as a camp supervisor*), well, I think it will all work in concert to spin this version of Friday the 13th on its axis a bit. It will absolutely be recognizable for the hardcore Friday the 13th fans, but will also have an appeal to people who are simply interested in top-shelf TV storytelling.

Final question: how murderous is Crystal Lake gonna be? I'm sure you're not aiming for a particular, per-season kill count, but a certain amount of slashing must be on your mind.

It will be pretty murderous! I think we'll be dropping bodies every episode, and I think there's something about the build of that, as we are hopefully in for the long haul. I wasn't kidding: if we get 10 seasons, I'm going to make a concerted effort to find a way to rationally and dramatically and, in some fashion, go to space. I can't imagine it going 10 seasons, but I will put that out there that, uh ... well, I haven't gotten past laying out the first three seasons, honestly, so I suppose it's very easy for me to say, yeah, if we get to 10 seasons, we're going to space. Wait and see!

Special thanks to Bryan Fuller for letting us pester him over the phone about Crystal Lake.

Also, regarding that * : Fuller tells that whole story (which is truly bizarre and must be heard to be believed) on this episode of THE KINGCAST.