EVIL DEAD: THE GAME Gets A Groovy New ARMY OF DARKNESS Update

Saber Interactive and Boss Team Games have released a new update for EVIL DEAD: THE GAME, bringing an iconic location to the party. 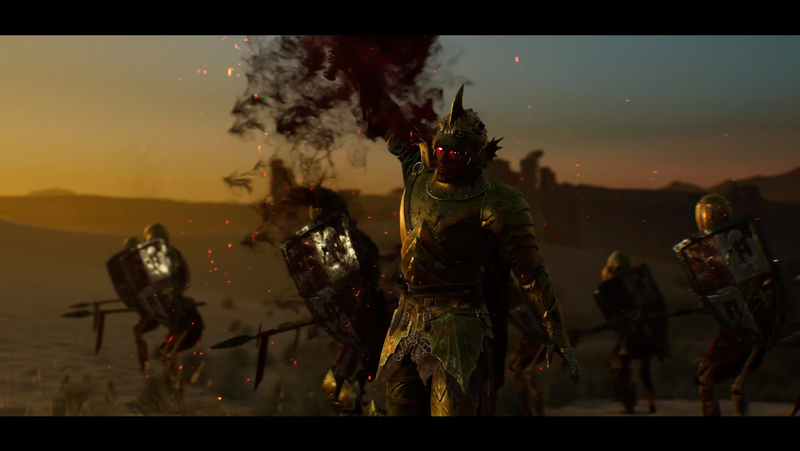 Today brings forth something quite groovy for fans of Evil Dead: The Game. With the latest free update for the multiplayer survival/horror game, 1992's Army of Darkness has been brought to the fold with a Castle Kandar map that recreates the location from director Sam Raimi's film. Only this time, you can wander around and explore it as you please. The folks at Saber Interactive and Boss Team Games have even released a new trailer showcasing the update. As icing on the cake, the trailer includes a tiny bit of narration by Ash Williams himself, Bruce Campbell. Let's have a look-see.

Much of the imagery on display here should look familiar to Army of Darkness fans — it's Deadites with Medieval flare. We also get a glimpse at two of the new weapons being introduced for players' use in this update: a mace and an explosive crossbow. There are also a couple of premium outfits, but the word "premium" is the key as those are going to cost ya.

For those willing to pay a little bit of folding money, the Ash Williams S-Mart Employee Outfit and the Ash Williams Gallant Knight Outfit go for $2.99 each. There is also a Medieval Bundle for $7.99, and it includes Henry The Red's Scottish Vibe Outfit, Lord Arthur's Battle Prep Outfit, a new gold outfit for Evil Ash and his minions, and a new Screamer jump scare image for the Necromancer Demon. This bundle, worth noting, is also included in the game's Season Pass 1, for those who have already purchased that option. 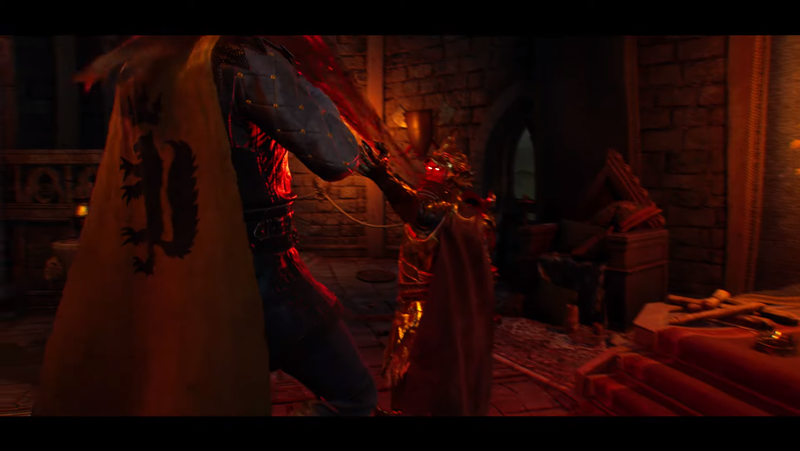 Evil Dead: The Game launched earlier this year to largely positive reviews. Its focus is on multiplayer, where you work as a team of four survivors, including Ash Williams, Kelly Maxwell, Pablo Simon Bolivar, Scotty, Lord Arthur, and more, to survive the Deadites. Players can also become the Kandarian Demon to stop the good guys. The game also includes a single-player exploration mode, which is good for those who want to spend a little more time in the game's locations. Now, that can include Castle Kandar.

Meanwhile, we've still got more to look forward to later this year as Evil Dead Rise is set to be released on HBO Max. Campbell won't be back as Williams, but he is producing the movie alongside Raimi and Rob Tapert. The film is directed by Lee Cronin (The Hole in the Ground) and, with any luck, we should be seeing a trailer sooner rather than later.

Evil Dead: The Game is available now for the PlayStation 5, PlayStation 4, Xbox Series X, Xbox Series S, Xbox One, and PC. For those who already own the game, the Army of Darkness update is out now.