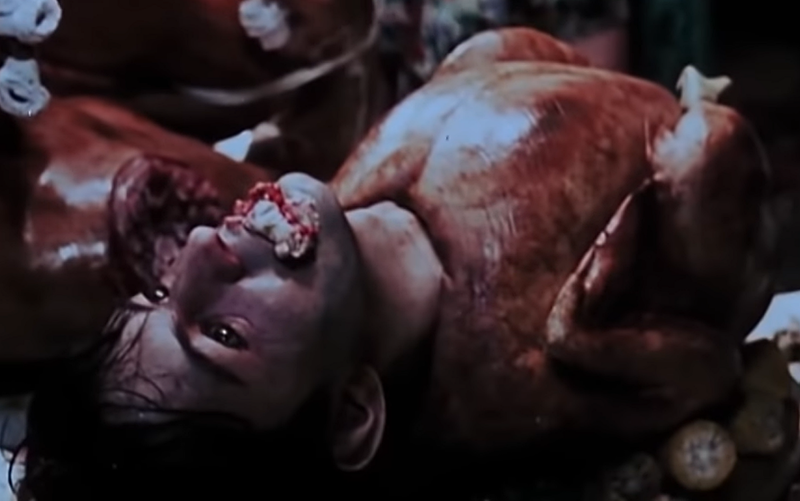 Over the weekend, Deadline ran a post announcing that Tim Miller (Deadpool) would soon be directing two weeks' worth of reshoots for Lionsgate and Eli Roth's long-gestating Borderlands movie (based on the video game franchise of the same name). Most of the conversation surrounding this news boiled down to rumormongering about what state Borderlands might currently be in, but our attention was focused elsewhere...

...namely, on the fact that Roth wouldn't be available to handle the reshoots himself due to an imminent start date on his next film: a feature-length adaptation of Thanksgiving, the sleazy exploitation movie he teased via faux trailer in 2007's Grindhouse.

Here it is, in case you'd like to relive the magic:

In all honesty, so much time had passed since the release of Grindhouse that we'd given up hope that Thanksgiving would ever get the "full-blown feature" treatment previously earned by another of that film's fake trailers, Machete. Fans have been clamoring for this movie for a long time, and now they're gonna get exactly what they wanted. Intriguing!

Deadline's report on the matter doesn't have much to say about Thanksgiving beyond the basics ("a slasher makes his own carving board out of the inhabitants of a Massachusetts town that makes a big annual fuss over the annual turkey day"), but honestly: what more do you need to know? Once you've seen the trailer, you pretty much get the gist.

Their report does mention, however, that Thanksgiving is going in front of cameras next month (!!!), which means we won't be waiting too much longer for this one. Is it crazy to hope for a release toward the end of 2023? Doesn't feel that way, especially if Roth's planning to keep things as lo-fi as they are in the trailer above, but we'll just have to wait and see.

Stay tuned for further updates on Eli Roth's Thanksgiving as they roll in, folks.