CRIMES OF THE FUTURE?...You Mean The Medicalized Torture Of The Past?

Diving into the medical field's storied past of torture. 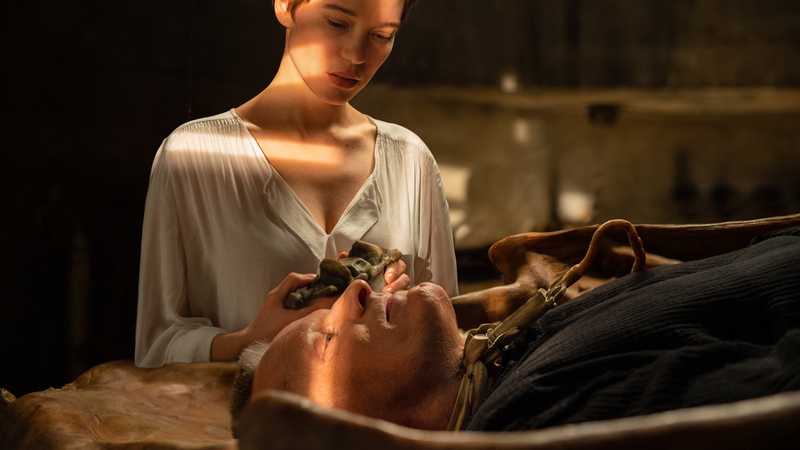 David Cronenberg's newest film, Crimes of the Future has landed on VOD, you might already be familiar with the film's premise: in a dystopia where few people actually feel pain and infection has been eradicated, a mysterious plague causes extraneous organ growth, and surgery becomes deeply fetishized. In alleyways en route to the main narrative, viewers watch extras wielding scalpels on each other the way other films show rando makeout sessions out back by the dumpsters. A new, underground branch of government, The Organ Registry (reminiscent of MK-Ultra), forms to chart these new, purposeless organs, and that's when the film's aim seems to veer toward government conspiracy regarding the plague.

Cronenberg does a really smart and interesting (albeit safe) thing in Crimes of the Future: rather than omit the dangerous fetishization of our history in his film, the futuristic Crimes of the Future society owns it. Caprice (Léa Seydoux) performs surgery on Saul Tenser (Viggo Mortensen) as "performance art," which is all consensual and allegedly painless. This reimagining of our actual horrific history of surgery as spectacle gets folded into the film's bigger conflict, that of government conspiracy. It makes sense to do that… but IMHO, it doesn't make horror. 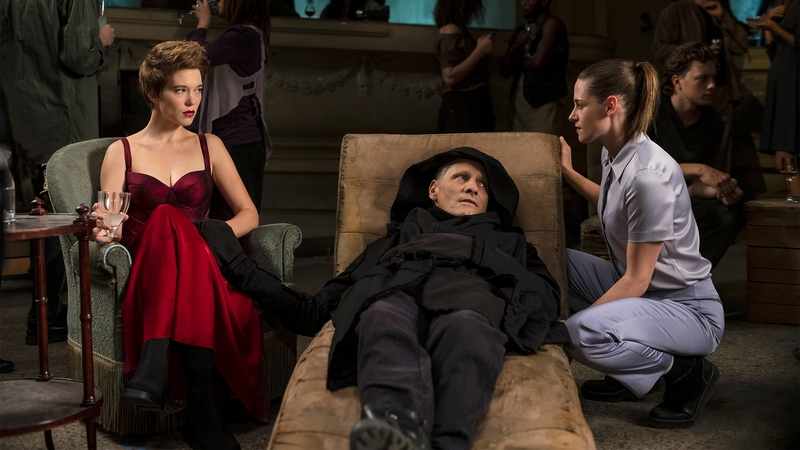 By eradicating the pain and infection as possible results of surgery, Cronenberg also removes a lot of its sting. What we have left is mostly gore, or the violation of the body envelope. Many horror fans will tell you that's more interesting than scary. Without the emotion, the pain, these scenes don't evoke fear—although, granted, "horror" and "fear" are 100% subjective.

This film's title suggests that voyeuristic (if not public) surgeries are crimes of the future, specifically. In fact, the medical field has a storied past of torture. My question was, why choose to create a less-emotional futuristic dystopia when you could instead travel backward just a couple hundred years and tap into some truly heinous history?

My guess is this: the history of surgery regarding pain and infection is too dark. Basically, it's not fun at all.

Historically, the obvious association with torture and medical developments was rationalized through xenophobia, particularly regarding people with anomalous bodies and from minority ethnic groups. The most famous examples of these surgeries are those of the Nazis. (The Twins of Auschwitz: The Inspiring True Story of a Young Girl Surviving Mengele's Hell by Eva Mozes Kor and Lisa Rojany Buccieri is a harrowing memoir if you want to read further into this abomination.) Other examples only recently given their deserved attention are torturous experiments on African Americans, like Henrietta Lacks, the "Tuskegee Study of Untreated Syphilis in the Negro Male," and many more. The dehumanization of such groups historically is shocking but not surprising.

A slightly deeper search reveals, though, that medicalized torture has a grotesque relationship with people who allegedly didn't feel pain—like the characters in Cronenberg's film. One glaring example of ignoring patients' pain is that of J. Marion Sims, the "Father of Modern Gynecology," who experimented on enslaved women without anesthesia. Whether because anesthesia was in its early, unregulated years or because he and many others believed Black women couldn't feel pain is disputed. Even still, modern research supports the hypothesis that minorities still do not receive the same amount of treatment for pain.

The difference is, in real life, people do feel pain. Yet, surgery was just as spectacular as it is in the film for many years. And I mean "spectacular" in the most literal interpretation. "Anatomical amphitheaters" held public dissections of convicts' corpses in the Renaissance for a charged admission. Though those were autopsies, anyone with the entry fee could attend, much like how in the film, Caprice and Saul Tenser's "performance art" was supposed to be witnessed live for full effect.

The fetishization, the thrill of operating, seems to come from the suspended disbelief of everyone watching: this surgeon is so powerful, so clever, that they are getting away with cutting someone open. People are watching them commit this crime, and onlookers are taking notes.

Those anatomical theaters paved the way for the surgical theater of the early 19th century, which scholar Rebecca Rego Barry describes as, "noisy, dirty, and crowded throughout much of the 19th century. The racket could be largely attributed to the screaming and wailing of patients. Until the widespread use of anesthesia in the second half of the century, all procedures, including amputations, took place while the patient was wide awake, perhaps slightly eased by some bad liquor." Some surgeons, like the infamous Thomas Dent Mutter, were compared to P.T. Barnum, the ultimate freakshow ringmaster. Interestingly, unlike the painless surgery depicted in Crimes of the Future, the pain in real life was most of the draw. In the film, viewers can enjoy the gore because we've been told it doesn't hurt, and there's no infectious repercussion. Being allowed to enjoy it, though, changes the viewer's relationship to gore, right? I mean, if it's dramatized, we already know that no one is getting hurt… so why supply this caveat?

Kristen Stewart even says in her impeccable performance as Timlin, "Surgery is the new sex." In the case of Crimes of the Future, that's an accurate statement. In the case of history, though, surgery was more like rape: more focused on power and inflicting harm rather than any kind of healing or pleasure. 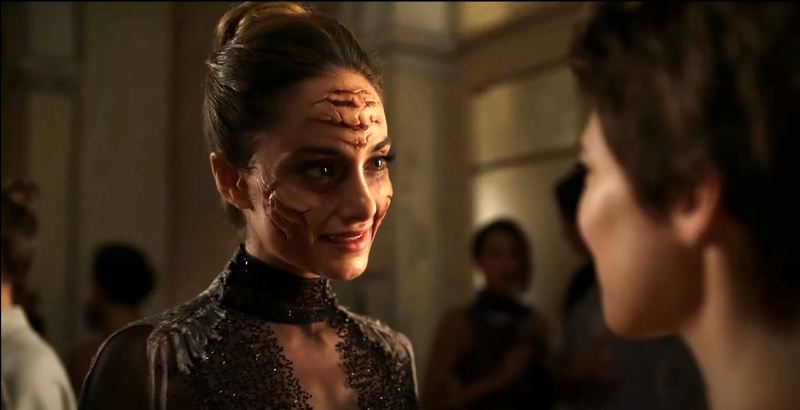 Scholars agree that historically, once patients were able to be anesthetized, it took some of the "theater" out of the surgical theater, so attendance waned. Surgeons then adopted germ theory, and with a decreased threat of infection, the theater soon went out of surgery altogether.

The idea of inflicting pain on someone intentionally, bypassing the subjects' consent in these historical instances, by telling everyone else they can't feel it even though they absolutely can is the scariest part of surgical theater… but Cronenberg dismisses it altogether. Why, though? When history is so rife with this kind of horror, is it more important to take the concept to a fantasy dystopia rather than examine what atrocities humans have already committed? To answer my own question simply: I don't think so.