CHUCKY Season 2 Trailer Is Taking Us To Church!

Wreaking havoc in the pews. 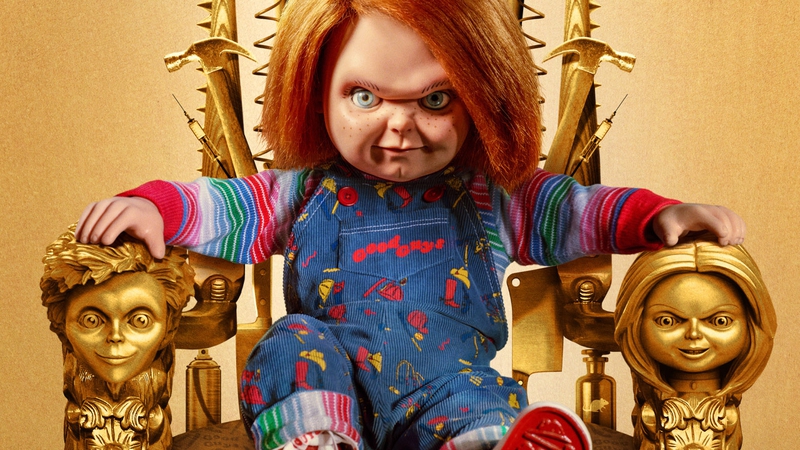 In the aftermath of season one, our trio of young protagonists are shipped off to a "facility." Jake, Devon, and Lexy find themselves in a Catholic school, Incarnate Lord, meant to reform their sins.

Devon Sawa is back, this time as a priest, and of course, our favorite murderous doll has tracked down Jake, Devon, and Lexy. As Chucky wreaks havoc in the pews, the growing army of Chuckys remains a looming threat. Tiffany is also returning, we also get a glimpse of Jennifer Tilly (in human form) and... Glen and Glenda in human form, with Lachlan Watson doing double duty. Take a look!

Holy moly, that looks like a hell of a lot of fun! What else is in store for us in the latest season? Check out the official synopsis below.

Chucky is a continuation of the iconic film franchise chronicling the murderous escapades of the notorious killer doll. In the TV series, Chucky crosses paths with archenemies, old allies and new prey, as he seeks to inspire fear and mayhem wherever he goes. After his diabolical plan to invade America’s children’s hospitals was foiled in season one, Chucky now seeks revenge on those he holds responsible: surviving teens Jake (Zackary Arthur), Devon (Björgvin Arnarson) and Lexy (Alyvia Alyn Lind), along with his ex Tiffany, now his sworn enemy. Meanwhile, can “Jevon” make it as a couple in the face of adversity at their new Catholic school, not to mention a brand-new onslaught of terror from the demon doll? 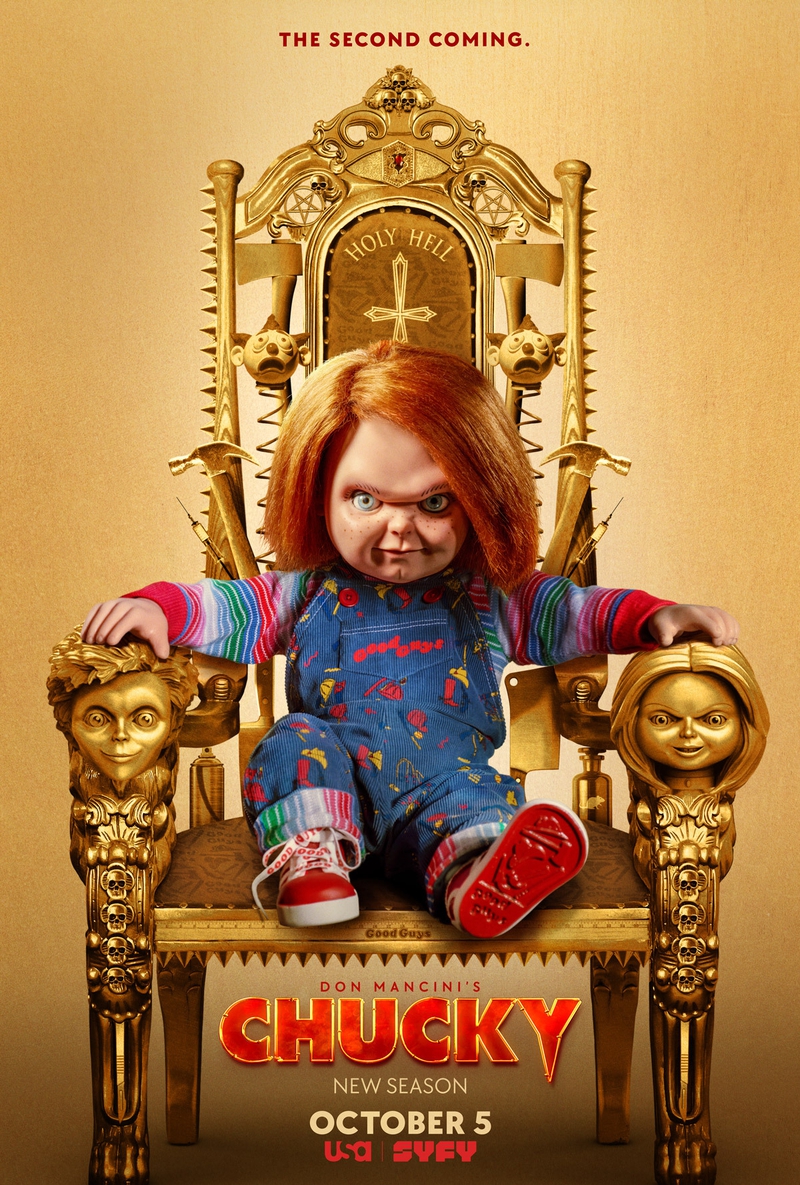 Chucky returns to SYFY and USA Network on October 5 at 9/8c. Catch up on season one right now.