Channing Tatum Wants To Remake And Star In GHOST 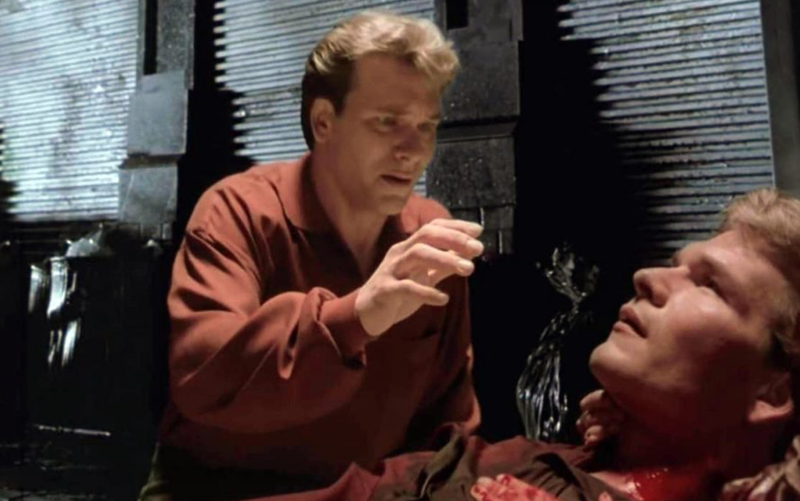 Some of FANGORIA's younger readers might not realize this, but there was a point in the very early '90s where Jerry Zucker's Ghost was the biggest goddamn movie in the world.

That film, which ran the genre gamut between horror and drama to comedy and romance, starred Patrick Swayze as a recently murdered banker who returns from beyond the grave to warn his former girlfriend (Demi Moore) of the terrible danger she's in via one of his old business associates, and raked in over $500M at the worldwide box office on top of earning Whoopi Goldberg (whose character, a psychic named Oda Mae Brown, assisted Swayze's Sam Wheat in his mission) an Academy Award. Just about everyone saw and loved Ghost.

Today we're learning, via a new interview with Vanity Fair, that Channing Tatum's production company, Free Association, has obtained the rights to remake Ghost with Tatum himself as Sam Wheat. Says Tatum:

“We actually have the rights. Yeah, we have the rights to Ghost. But we’re going to do something different. I think it needs to change a little bit.”

This is interesting! For starters, one has to wonder how precious audiences still feel about Ghost. Why, back in my day, a VHS copy of Zucker's film could be found on the living room shelf of pretty much every home I walked into - will those people wail and gnash their teeth upon hearing that Ghost is being remade? Are those people even still alive? What sort of cultural cache does Ghost hold in 2023? It's something I've admittedly spent zero time thinking about until just now.

Secondly, Tatum's actually a great choice for the Swayze role here. One can easily imagine him starring alongside, say, Ana de Armas (in the Demi Moore role) and Kiki Palmer (in Goldberg's role), and - at least on paper - one can further imagine that being a pretty great movie. Casting would be crucial on any Ghost remake, but something tells me Tatum's already well aware of that. Here's hoping he finds someone really creepy to fill Vincent Schiavelli's shoes.

Of course, I'm also getting way ahead of myself here. From the sound of things, they've only acquired the rights, and a script will need to be written which incorporates whatever changes Tatum and company have in mind (which, by the way, could mean anything: given all those aforementioned genre flavors in the original Ghost, one could lean hard in any one of those directions and come up with something that feels much different from the original).

Anyway, nothing further to report at this time, but stay tuned for any updates on this project as further announcements are made. We're curious to see how this one shakes out.