How I Learned To Stop Suppressing And Love the Chainsaw

The director of this year's Chainsaw Awards reveals what went on behind the curtain. 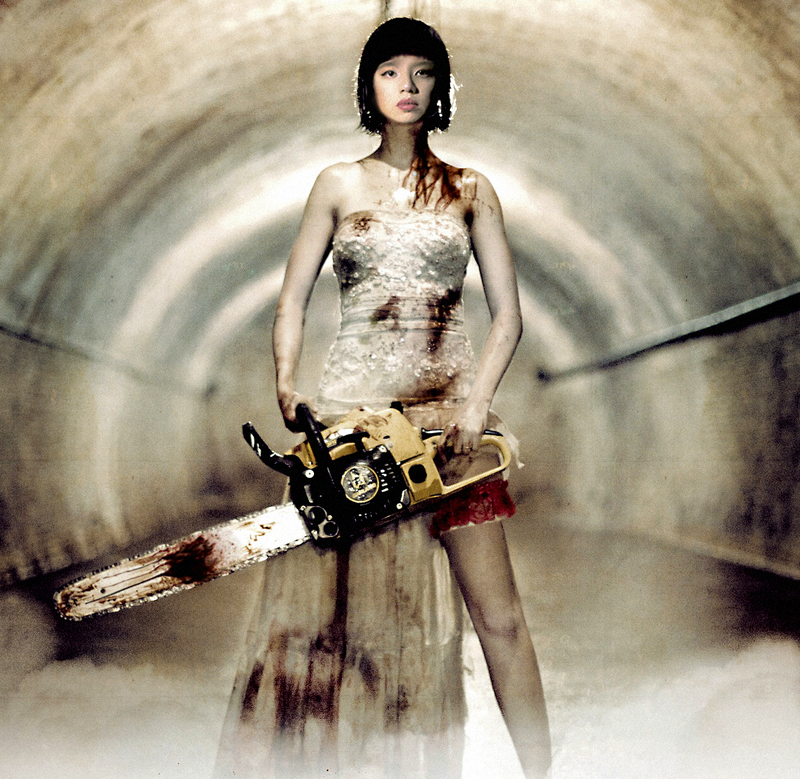 Upon hearing this question, I’m flooded with a slew of images: all-nighters with editor Shaman Marya and sound designer/post mixer Saranya Nayak for editing and sound, rehearsing over Zoom with Smiling Beth and host David Dastmalchian, shot listing with DP Tara Jenkins… it all felt like a swirling dream, as if everything happened yesterday. But there’s one moment that sits vividly among the others. The morning of our first test day, my mother received a call from the Philippines. She turned and said, “Your Auntie Maripe has died...”

A wave of disbelief came over. That’s not possible. We spoke with her the other day. She was FINE. I waited it out, thinking I’d be able to suppress my emotions by call time. Then I spoke to Becca Suh-Hee Han, the Assistant Director, and burst into tears. “I’m sorry, please continue without me.” She replied, “Oh my god, don’t say sorry. It’s okay to not be okay.”

C.S. Lewis once wrote, “No one ever told me that grief felt so like fear. I am not afraid, but the sensation is like being afraid. The same fluttering in the stomach, the same restlessness, the yawning. I keep on swallowing.”

That’s what I did… I kept on swallowing, and I wasn’t the only one on the Chainsaw team doing so.

A crew member’s mother passed away in the middle of the Smiling Beth shoot, Becca was coping with family cancer diagnoses, and who knows what others were going through that was left unsaid. Having still not had time to accept losing my dog Tzedakah a few months ago, the doling out of bad news began to feel like a joke, as if we were a contender for the next episode of Cursed Films.

It may all sound very bleak, but I feel the loss hovering around the production informed its outcome in a positive way. It's already vulnerable on a virtual set: there’s no privacy, you can’t read emotional nuances and everyone is worried about the pandemic. Adding grief to the picture helped us become more tight-knit, understanding and patient. We healed together through filmmaking.

Being creative is the richest type of therapy I could have asked for. Listening to Dan Krysa’s music combined with Julia Quiceno and Jason Kauzlarich’s visuals gave me warm fuzzies; Avo Kambourian’s promo photos tickled me (carried the multi-roles of Production Sound, Camera Operator, Script Supervisor and taking some sick promo shots of Dr. Fearless); Dashiell Demeter's out-of-this-world Production Design gave me life; Kelly Goldsack's makeup with Edna Jones' costume design caused me to holler in praise… they gave me purpose so I wouldn’t be trapped in thoughts of cremations and funerals. Last but not least, I am grateful to the FANGORIA producers and family for believing in us to helm the first project out of FANGORIA Studios, and I do not take that for granted.

So… if you ask me what it was like to direct the Chainsaw Awards, it was soaked in the duality of beauty and pain. I was having the greatest time of my life while handling the realities of death. Working on the Chainsaws taught me that vulnerability is a strength. That suppressing your emotions is never healthy. It’s amazing that we made something together, not even being in the same state or country. As I watch the show and admire the talents of the Chainsaw team, the presenters and nominees… it’s a reminder that everyday we should celebrate our ability to create… until we no longer can. 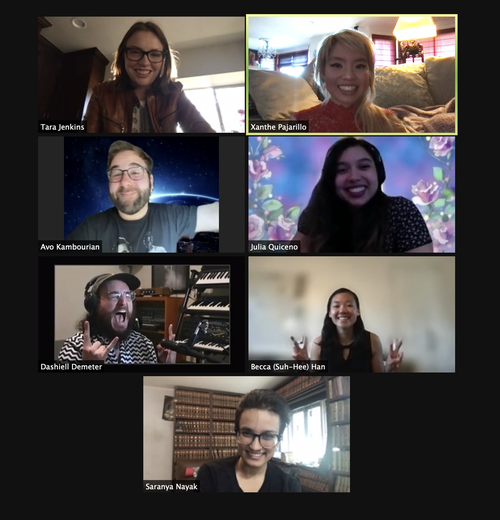 Editor's Note: A huge thanks to Xanthe and her crew for building such a beautiful show for us! Did you miss it? You can watch the entire 2021 FANGORIA Chainsaw Awards below: