On Crafting The Music For 2021's Chainsaw Awards

Composer Dan Krysa gives a peek into his process. 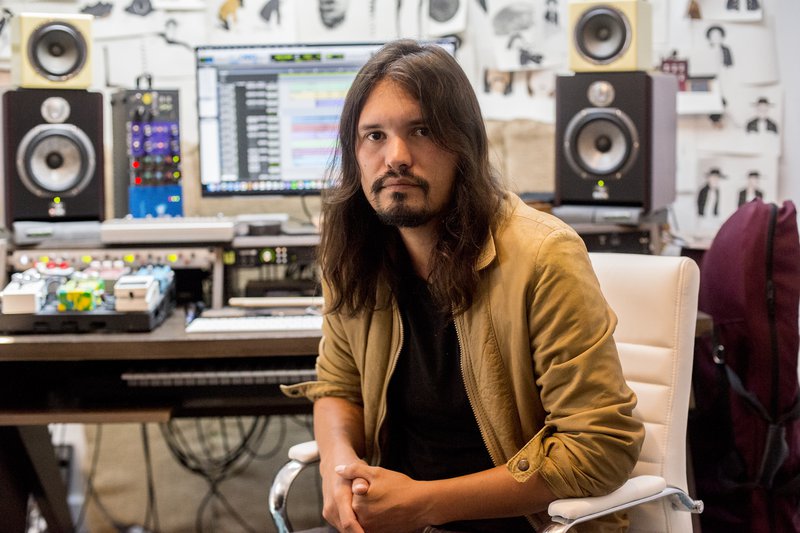 I left New York City for Key West roughly eight months into the pandemic and have been on a creative tear ever since. A drastic change of scenery apparently does wonders after being locked in a shoebox for the better part of a year.

I’ve been an undying fan of horror for as far back as I can remember. So, when [FANGORIA co-owner] Tara [Ansley] asked if I’d be down to score the Chainsaw Awards, I couldn’t wait to bring an extra level of fun and excitement to the show.

Immediate needs aside, I typically start scoring a project with what I perceive to be the most challenging and/or intriguing sequence. Not only does that allow for me to throw all of my fresh excitement into a “bigger” piece, but also helps to begin to create a bit of a sonic pallet moving forward.

For the Chainsaw Awards, I felt the main theme was going to be the show’s musical lynchpin. Toeing the line between the traditional qualities of an awards show while keeping the vibe within a dangerous, horror-inspired realm was the goal. But most importantly, I wanted to keep it all fun, fun, fun!

After settling on an anthemic group of melodies and some nice counterpoint, I found that using some vintage, macabre organs and synths beneath an epic, chanting choir put me in the place I needed to be. I then put together a pulsing heartbeat “groove” and could definitely picture a satanic cult performing this thing in the orchestral pit at an apocalyptic version of the Oscars. There was something really fun about the interplay between the epic quality of the choir and the intimacy of that pulsing groove.

It was important to me to give each category of nominees its own unique character. From getting really close to the mic and creepily singing made-up mumbled versions of children’s songs (and pitch shifting and warping the hell out of it) to imagining what a ghoul on a typewriter would sound like (including the typewriter itself), the entire creative process wound up being a definitively weird, yet incredibly fun musical joy ride.

That said, it’s not always about playing on generic tropes. Particularly in horror music, I prefer to feel like I’m experiencing the familiar encountering the unfamiliar. If the musical backdrop becomes too expected, it takes away from the thrills we get from not knowing what’s lurking deep down in those dark cellars we tend to avoid.

For the “Best Kill” section, I shifted gears a bit and went back to my rock roots. I’d just received a new set of drums in the mail, so I threw up some mics one morning and improvised a groove. I thought there was a nice energy in there, so I grabbed a bass, then some guitars, then wrote some shrill string parts over top (so as to keep it all within that same apocalyptic orchestra vibe). Hearing the nominees with that as back drop put me in a wicked headspace, so I ran with it!

I can’t wait for the Chainsaw Awards to premiere! The genuine excitement and creativity contributed by everyone involved gushes out from start to finish (quarantine has probably helped bring that out just a bit), so go find an uncomfortable spot deep down in a dark cellar somewhere and enjoy!