Bringing Out The Best: Misha Osherovich On THE GIRL IN THE WOODS

Misha stops in to chat about the supernatural series, the best music for defeating demons, and more! 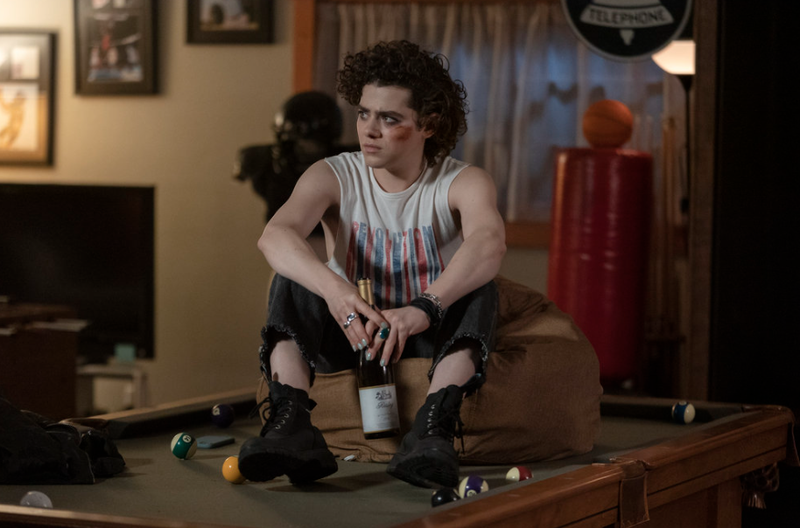 Crypt TV's The Girl In The Woods premiered Thursday, October 21 on Peacock, introducing us to a trio of teens tasked with saving all of humanity from a supernatural threat. Star of The Girl In The Woods (and Freaky!) Misha Osherovich stopped in to chat with us about fighting monsters, the emotional struggles of teens, and the best music to drown out supernatural audible warfare. Check out the official synopsis and Misha's interview below:

In supernatural drama The Girl In The Woods, monsters are real, kept at bay behind a mysterious door in a cult-like colony. Teenage runaway Carrie's job is to guard that door, but when strange occurrences begin to shake the sleepy mining town to its core, she must enlist the help of new friends Nolan and Tasha. The group becomes an unlikely trio of monster slayers, determined to save their loved ones. As they fight back, Nolan and Tasha can't help but wonder...can they really trust Carrie? Small towns sure can be Hell.

We are big fans of Freaky at FANGORIA, so we are excited to see you returning to the horrorscape! What drew you to this project?

Honestly, I could say “the queerness” all day but… it’s true. But more than just the characters being queer AF - all of the kids in this story somehow feel on the outside of their society. The character I play, Nolan, is stuck in a conservative town that doesn’t welcome them. Our lead, Carrie, has to run away from her cult upbringing. It’s everything I love about genre content like horror — we can see these teens going through real queer emotional struggles and also fight monsters.

In what ways do you most relate to Nolan?

Nolan’s internal struggle with both gender identity and substance issues really spoke to me. Sounds a little dark, but honestly, I like being as open as possible about what I struggled with in life — it allows me to laugh about it and make good out of it. Getting to play characters like Nolan is really rewarding in that way.

There’s a lot of misplaced guilt at play here. Nolan is a kid dealing with unfair pressure from family, neighbors... what’s it like navigating that?

Well, I agree there’s definitely a lot of guilt felt by the characters in the series. I think what’s interesting is how so many of the characters overcome it — with loyalty. These three kids find themselves in life-threatening danger, fall into a super intense love triangle, and get separated by evil mystical forces. And through it all, they bond and truly have each other’s backs. So all that guilt they are carrying around, they face so much of it together (and because of each other) — I love that. They bring out the best in each other. 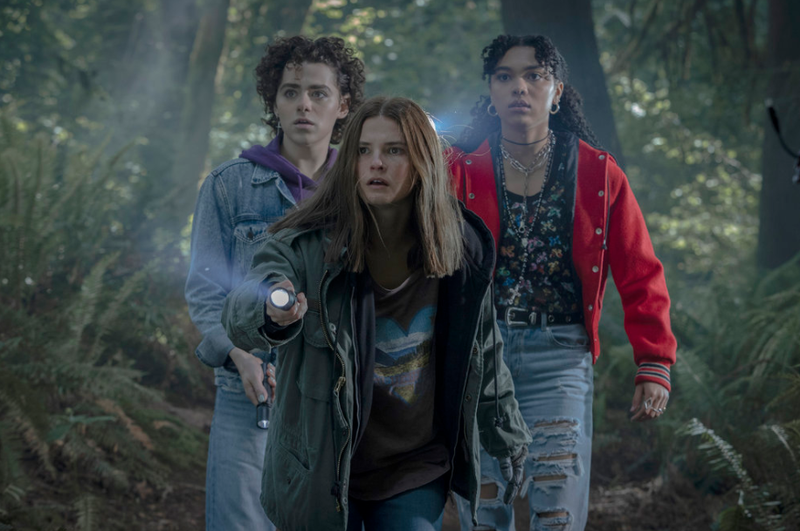 If you were tasked with guarding a door in the woods to protect all of humanity from whatever evil lay lurking behind said door, would you accept, embrace, rebel?

Hmmm. I mean, it’s a big job. And don’t get me wrong, I love a challenge — but I need a handbook. Unless I get a serious rundown of the rules, weapon tutorials etc. — I’m not in. I’m a hardcore type-A Capricorn that likes to think I can take on anything, but only with the right instruction manual.

If you could pick any song to drown out a demon’s deadly siren call, what song would you choose?

Either like really intense opera - think Puccini. Or OG Gaga.

Thanks, Misha! We think you're pretty nifty, too. 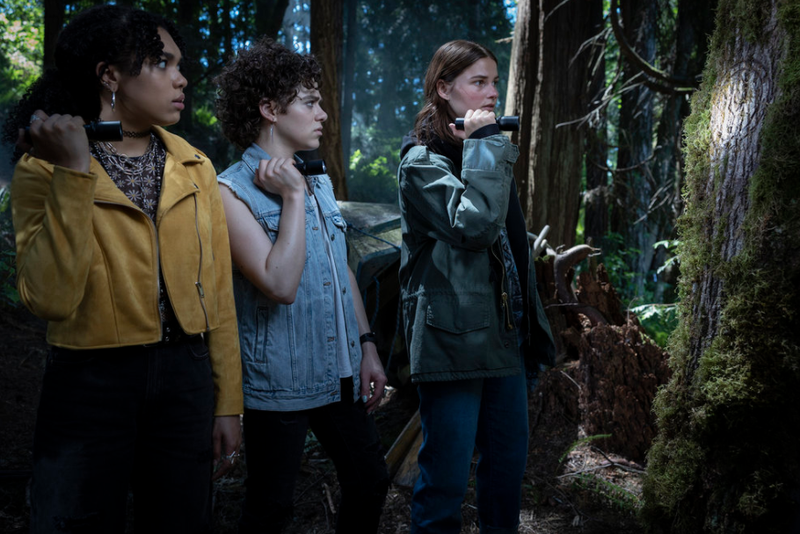 You can catch all eight episodes of The Girl In The Woods now streaming on Peacock. Click below to watch now: